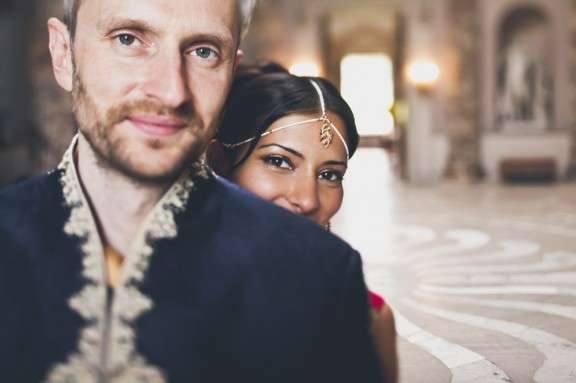 Describing their wedding as “Mod meets Moghul – a theme based on the sharpness of the Mod culture coupled with the glamour and colour from the Rajasthani era in India”, Aelia & Stuart were married at Kedleston Hall in Derby. They chose this space because it perfectly encompassed both of their cultures, which was really important to them. Aelia explains, “Asian weddings are notorious for being huge, but we didn’t want that. We wanted everyone there to truly feel part of the wedding. This was going to be a party for our nearest and dearest. We set out to find a unique venue to capture both our sides, tall order! We looked everywhere: gallery spaces, sculpture gardens, castles – the lot. We were losing hope until we came across a beautiful National Trust site in Derby. It was stunning and we fell in love with it straight away. Not only could we pretty much use the whole house for our ceremony, reception, dinner and dancing but it was closed to the public and it had a history steeped in the Rajasthani era as the owner was the Viceroy to India. Perfect! I had the Indian side covered and Stu had the design and architecture by Robert Adams covered. We couldn’t believe our luck.” 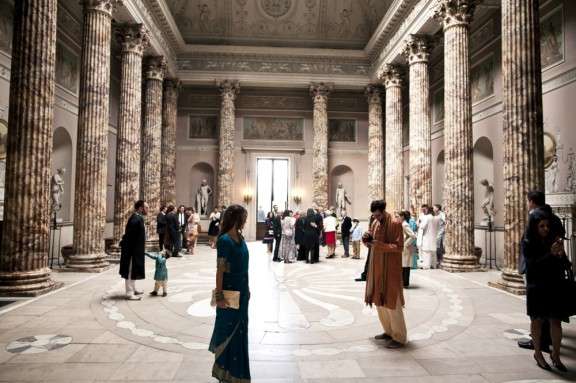 “Our inspiration stemmed from our two cultures: India and the Mod scene of the 60s”, Aelia continued. “Our profession as graphic designers also played a huge roll in making it a well designed wedding. My religion is Islam and Stu’s is, well… Jedi! We actually asked the string quartet to learn the ‘Ceremony Song’ from Star Wars so I could walk down the aisle to it! We both also have a love for geometric forms, and coincidently Islamic art is full of it so this naturally became the motif for all our stationery and paper goods.”

“Our next step was to secure the food. There was no question about it, we were to have curry for dinner. It was pretty much demanded by my friends and family. An Asian wedding isn’t complete unless you have a good curry. Five Rivers surpassed all our expectations. But this was a wedding of two halves, and instead of having canapés with drinks at the reception, we decided to have a tea party with copious amounts of cake, finger sandwiches and posh tea. This was kept a secret and I wish I’d been there to see everyone walk into the great kitchen to see a table running down the centre of the room with a mad hatter style party and a Choccywoccydoodah cake.” 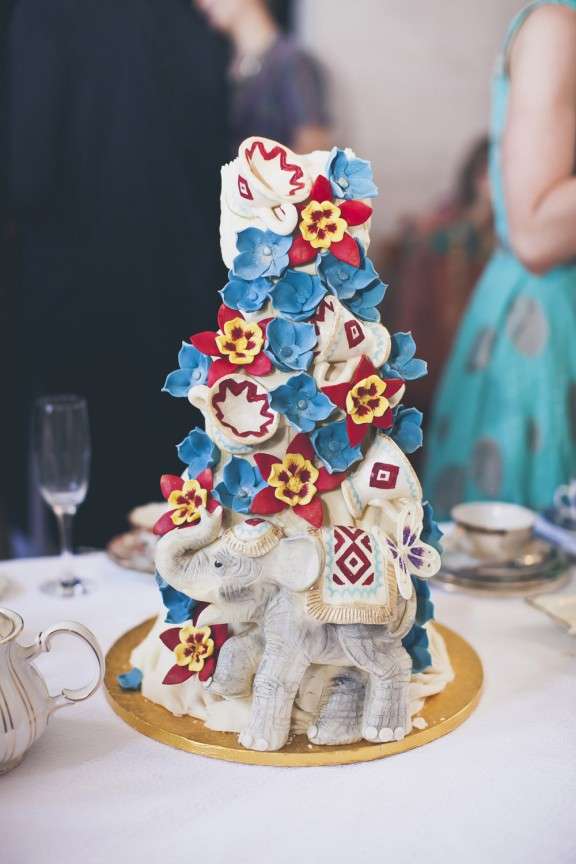 One of the few traditional elements that Aelia wanted to include was the clothing. She wore a pinky/red lengha with intricate and delicate embroidery which is native to Pakistan. “There are two different schools of work, one is a heavy with large stone bead work from India and the other is a fine embroidery and smaller stone work from Pakistan. I wanted the latter. I actually only found one shop that had that kind of work which was Raishmas on Green Street. Asian weddings are full of colour and I didn’t want to be strict with what my bridesmaids wore, especially since different colours look and suit different skin tones. So I asked them all to pick a colour (with the proviso that they all had to be different) it was lucky because it just so happened they kind of fell into a rainbow set. I remember when it happened, I felt so happy! They all looked amazing. My mum, sister and I took a trip to Pakistan to buy some clothes and fabric. It was worth the trip, the quality of fabric was so much higher. Although we definitely looked out of town asking for six pieces of fabric to be dyed into a rainbow. Haha!”

“I’ll never forget a single moment of our wedding”, the bride concluded. “We had lots of family from Pakistan come over so the house was buzzing and my room was filled with my family and friends. A close friend of mine sang for us, there wasn’t a dry eye in the room, she was unbelievable. After all our vows we tried to sing a song together, Aretha Franklin’s, ‘I say a little prayer for you’. The string quartet played it and we did pretty well until somehow we all went wrong and had to cut it, it was fun, there was a lot of laughter in the room. We left the room to the string quartet playing Blur’s ‘Universal’, Stu’s favourite band. The whole day was awesome, filled with a lot of love and laughter. We were one big happy family.” 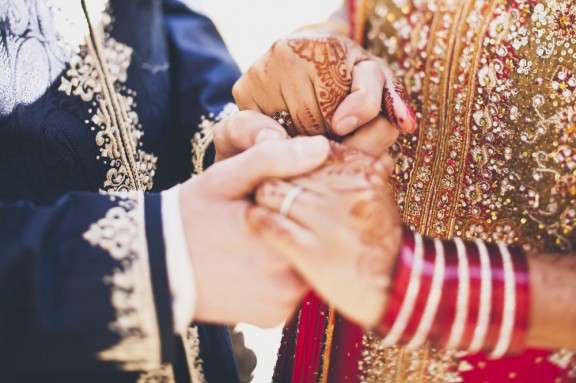 So stunning! Thank you to Aelia & Stuart for sharing their colourful day with us. 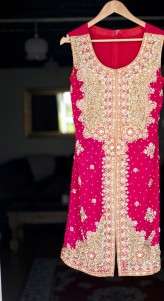 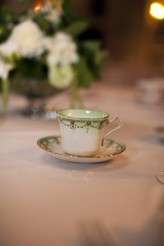 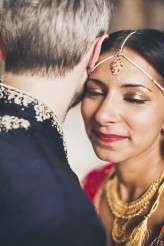 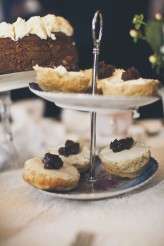 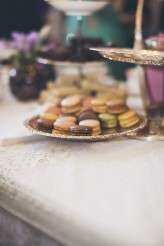 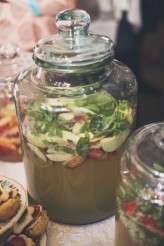 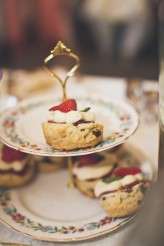 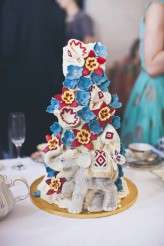 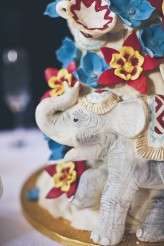