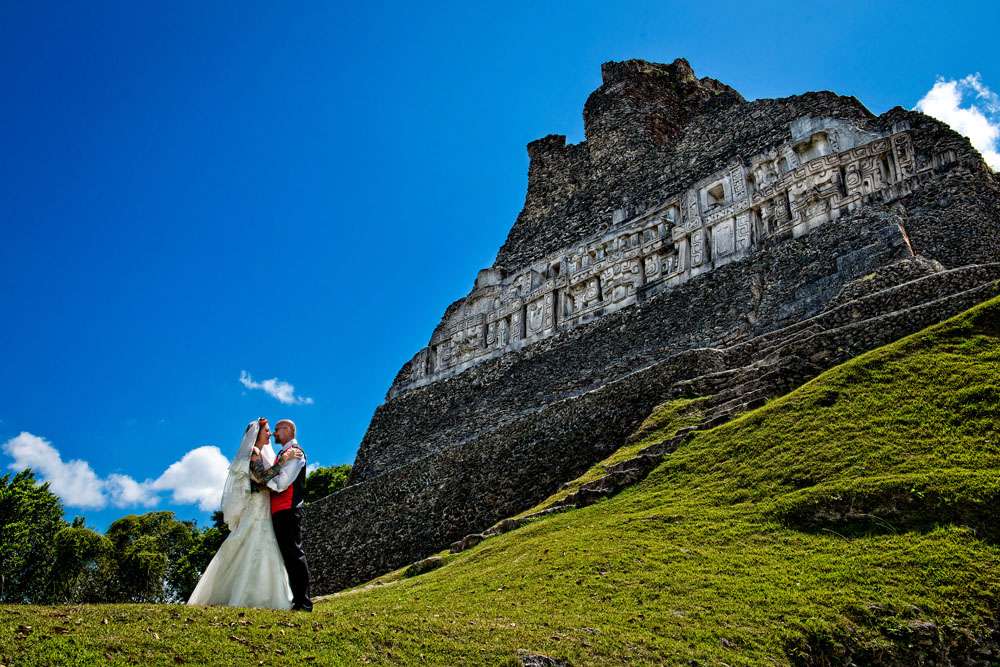 Michael and Sandy were married in Belize at the Xunantunich archaeological site. The couple are both fascinated by the ancient Maya culture and love visiting sites throughout Central America so saying their vows there was really special to them both.

“We met when Michael came to work at my tattoo shop”, said Sandy. “Our wedding was inspired mostly by black and red (our favourite colours) and Day of the Dead as we both love that celebration. We love skulls, motorcycles, and Rock n Roll!” 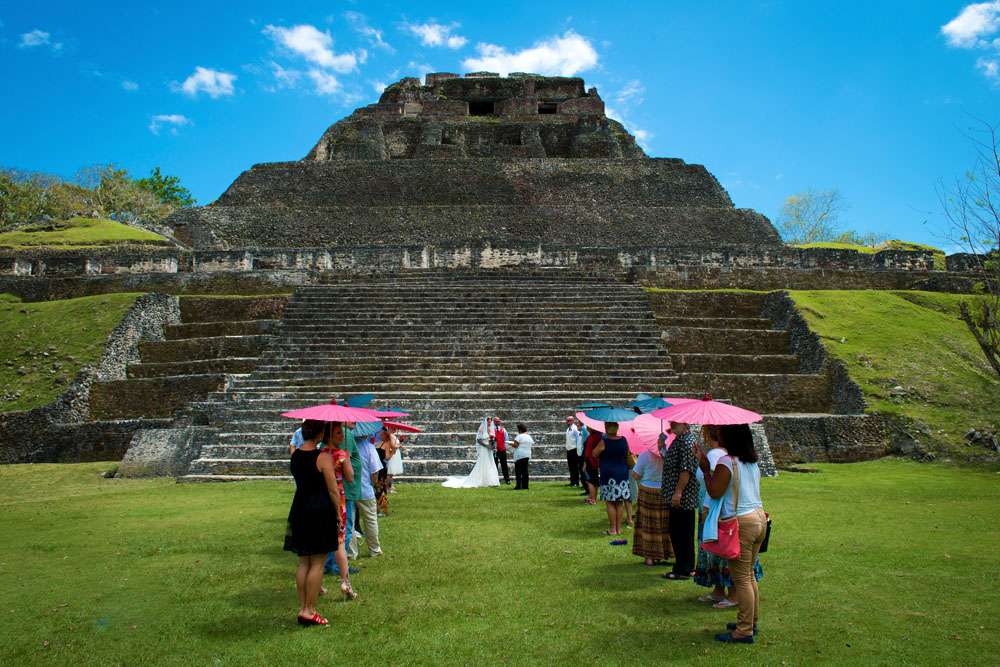 “The ceremony was held at the base of El Castillo, the main temple at the site. The day was perfect, not too hot, blue skies with a few puffy clouds. The guests lined up to create an ‘aisle’ for us to walk down and we had provided them with red and black paper parasols for shade. We had created our own vows to say to each other before the Justice of the peace said her part.” 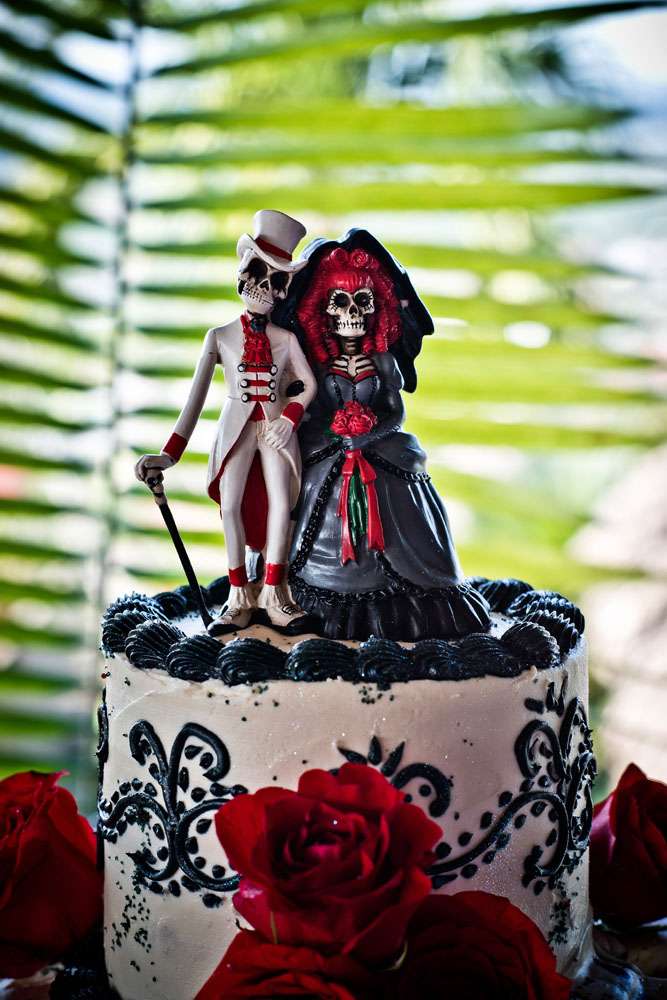 The couple spent £10,000 on the wedding but most of that went to housing their guests who all flew over for the celebration. “We spared no expense to make this wedding spectacular and fun for everyone. Housing the guests that flew in from the US was the biggest cost. One couple stayed with us at our house (its our vacation house, we live in the US), but the rest we put up in a hotel in our village.”

“Organising a destination wedding was hard at times”, she concluded. “and we could not have done it without our friend and wedding planner, Lee Nyhus of Placencia in Belize.” 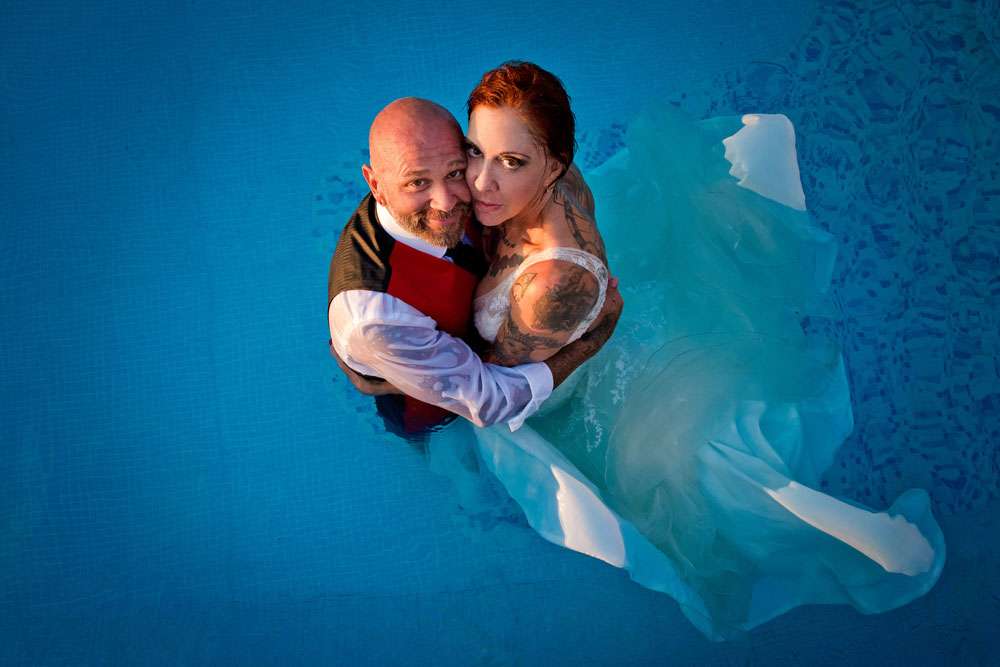 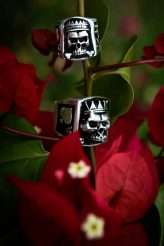 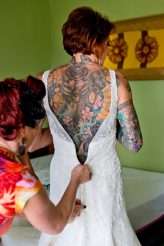 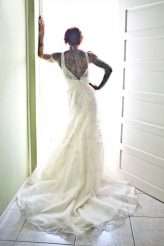 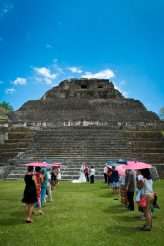 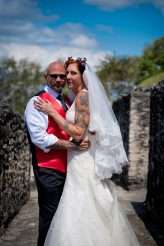 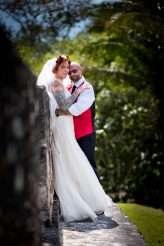 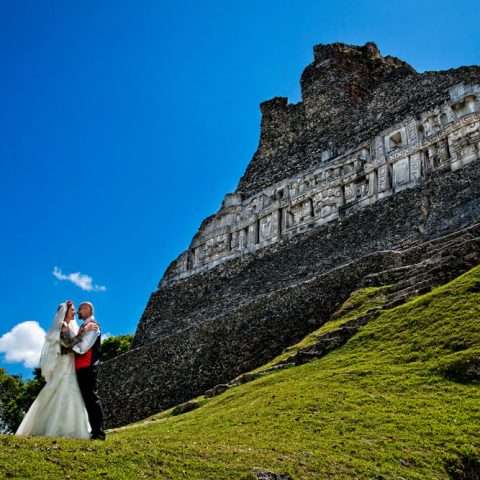 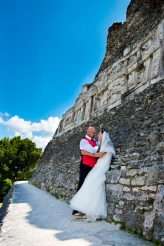 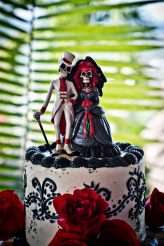 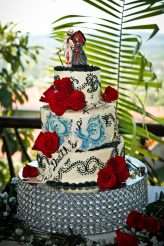 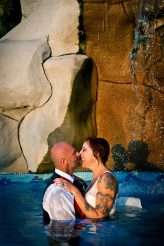 Ryann and Michael always knew they wanted to have a bohemian, vintage wedding, so when it came to planning their big day, they already knew where to start. “I wanted the day to feel like we were in a magical world away from the city and our lives, and for our guests to look around and say ‘this is exactly like Michael and Ryann’” she explained.