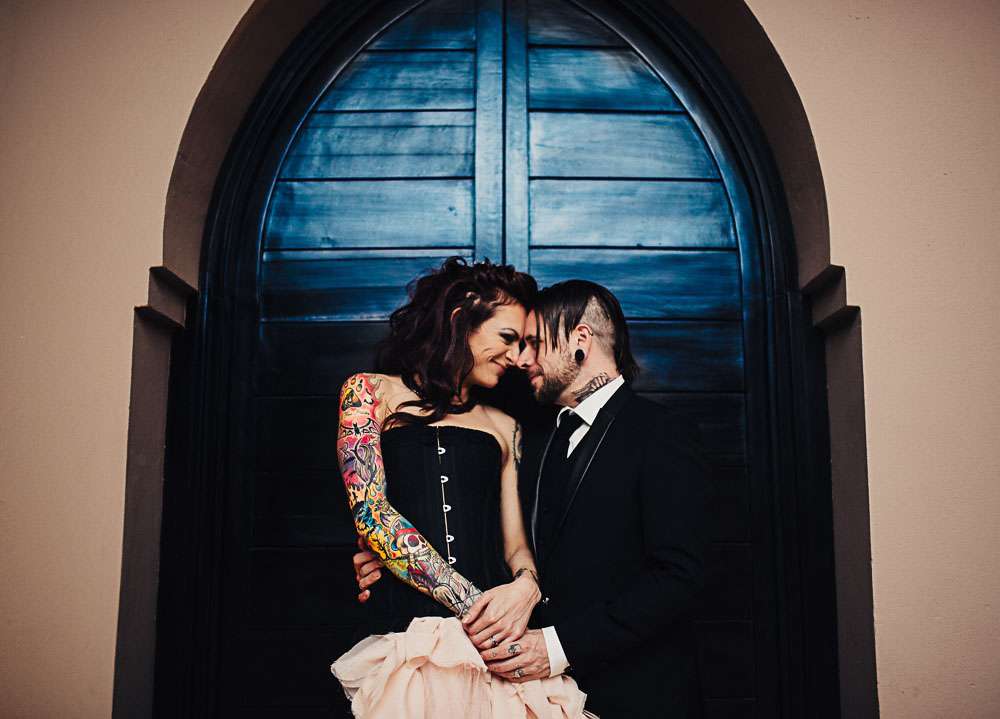 Dena and Mel might be up there with one of the coolest couples I’ve ever had the pleasure of featuring! They were married in Marrakech in March but they didn’t have a completely traditional Moroccan wedding, they did it in their own style! 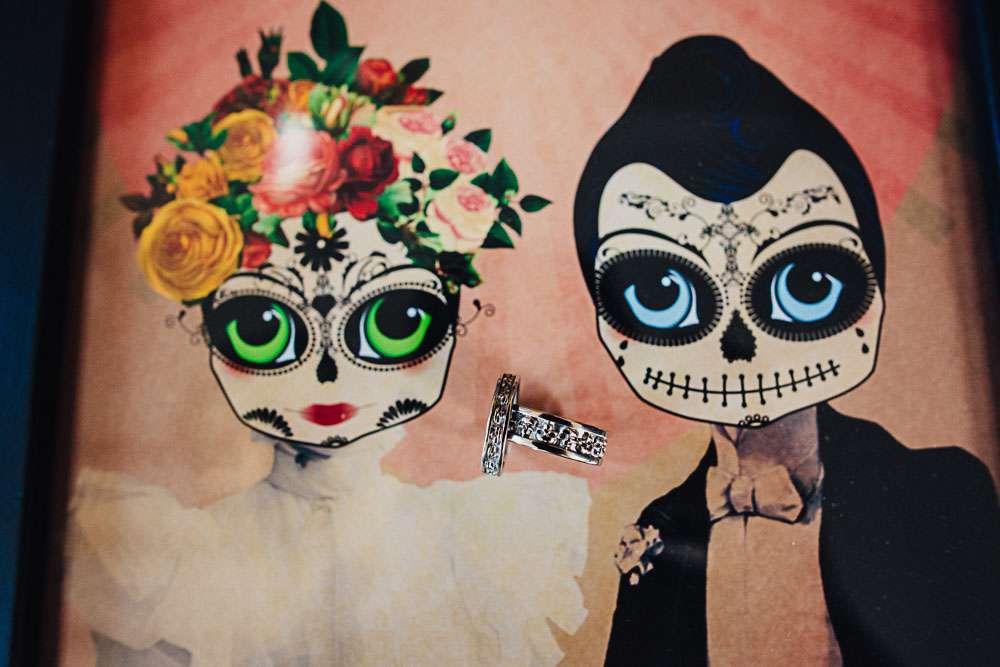 “We knew we wanted some traditional Moroccan elements for our wedding but the wedding actually ended up being a little like The Addams family summer holiday. We are very OK with that! We toyed with so many ideas as we didn’t have a clear vision when we started making our plans. We knew we wanted a relatively small and intimate affair but when we decided on Morocco, it became a little more elaborate.” 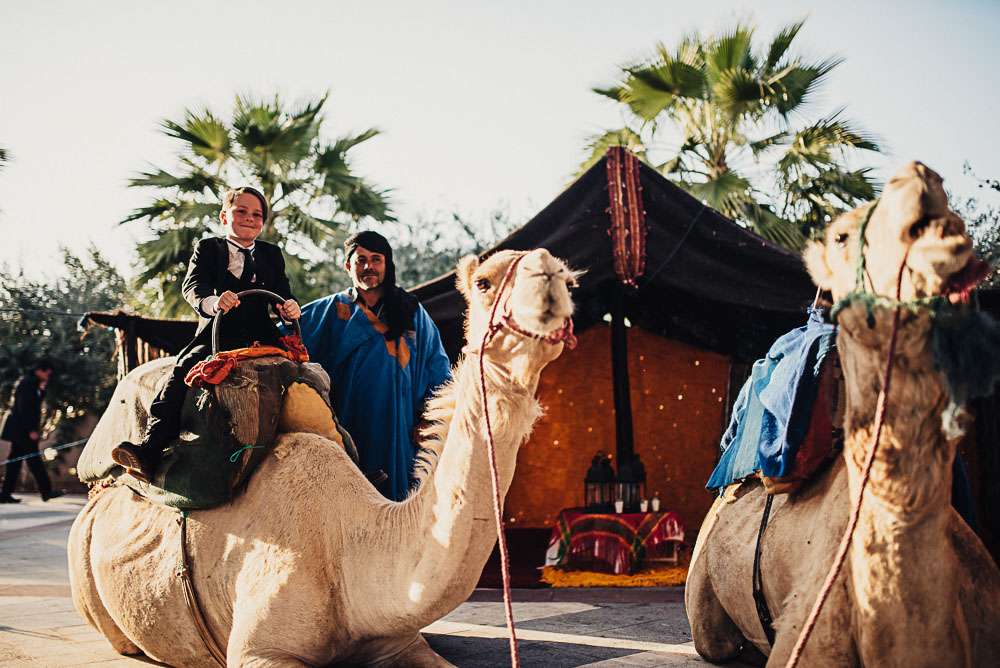 “There was a real feeling of a fusion between the bright, beautiful laid back North African vibe, contrasted against a darker alternative. We knew when we started that we needed this wedding to represent us so we wanted to make sure that we were totally comfortable. The whole wedding was outdoors and started just before twilight and as the sun went down. We had a Henna tattooist drawing on everyone and crazy dancers who balance trays on their heads.” 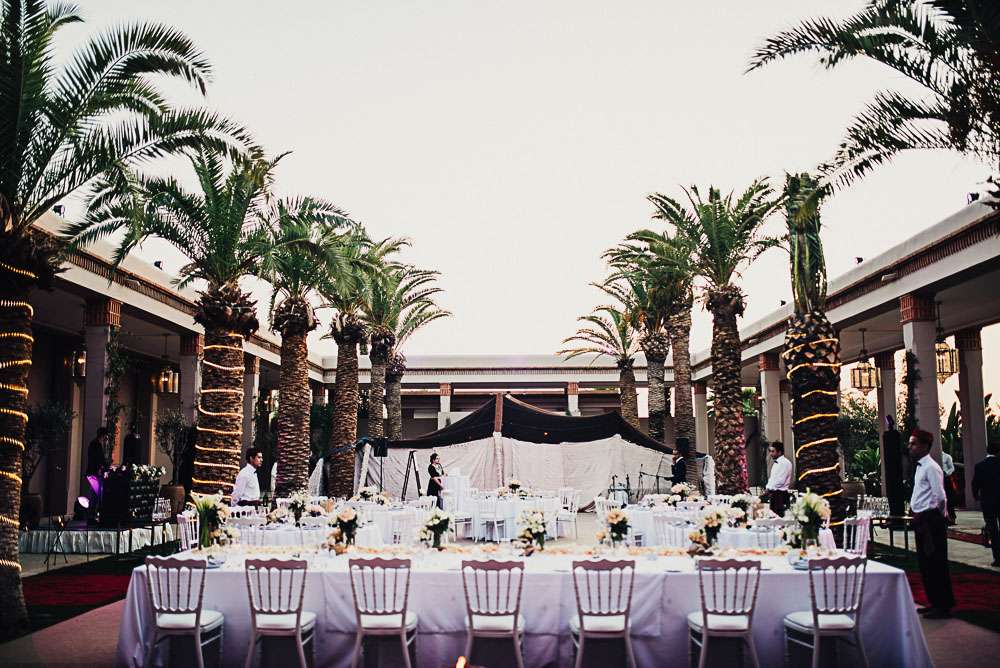 “For the ceremony, our guests were guided down to the gardens by traditional Tuareg Blue Men with lanterns. They were greeted with music, drinks and CAMELS! After they were seated we walked down the aisle as a family with Zephyr (my son) and Millie, our Bichon. Our friend played In Joy and Sorrow by HIM on acoustic guitar. We had a Moroccan officiant say some very lovely (non-religious) words before we read our vows and exchanged rings. It all happened in what felt like a flash.” 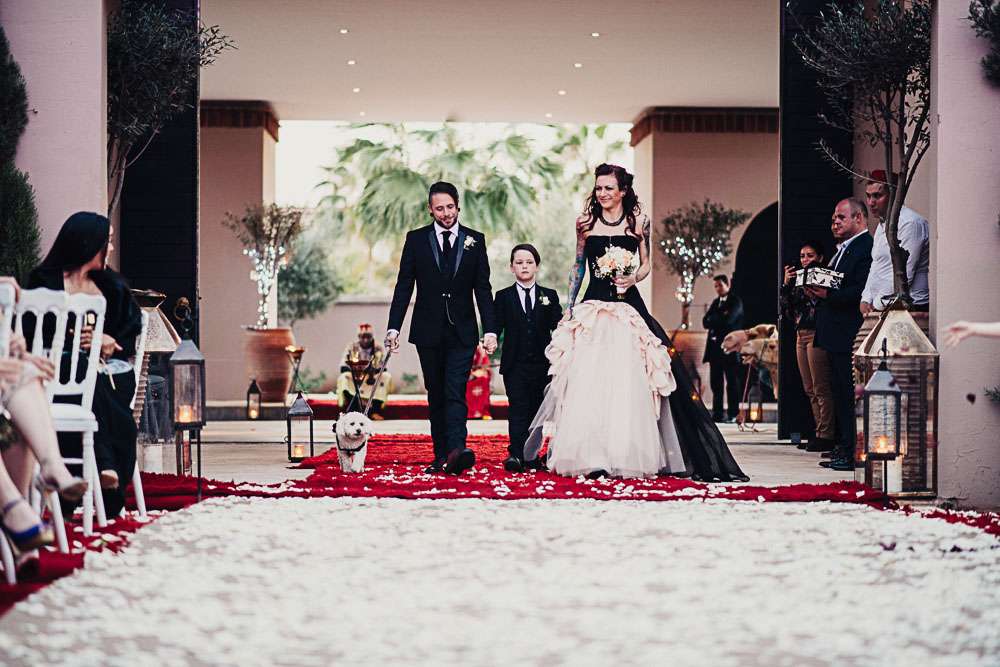 “Our advice to other couples would be to not be afraid to think outside the box. It is totally your day and accommodating all others could lead to regret in the future. You also cannot please everyone!” 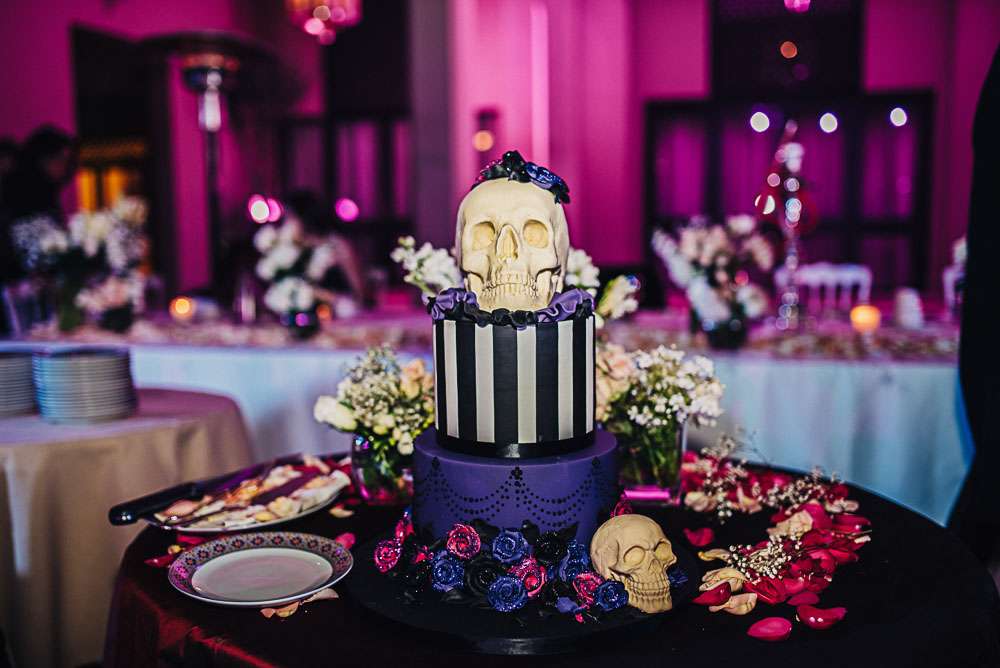 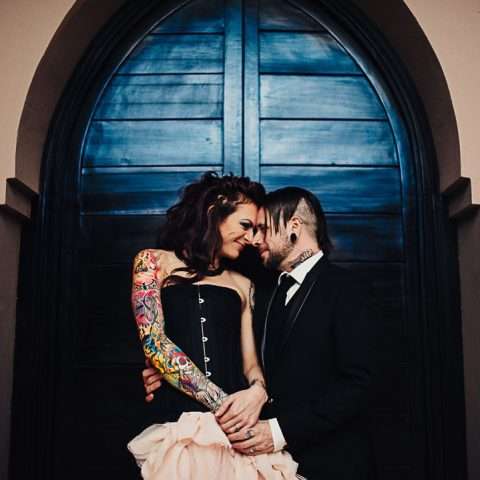 Hold onto your hats, ladies and gents, and if you're not wearing a hat, hold on to just about anything, because this Friday 13th wedding is going to shake you to your core. The most incredible couple, deep colour palette and gothic styling have come together in this amazing wiccan-inspired wedding, where all of the Rock n Roll Bride aesthetic stars have aligned.