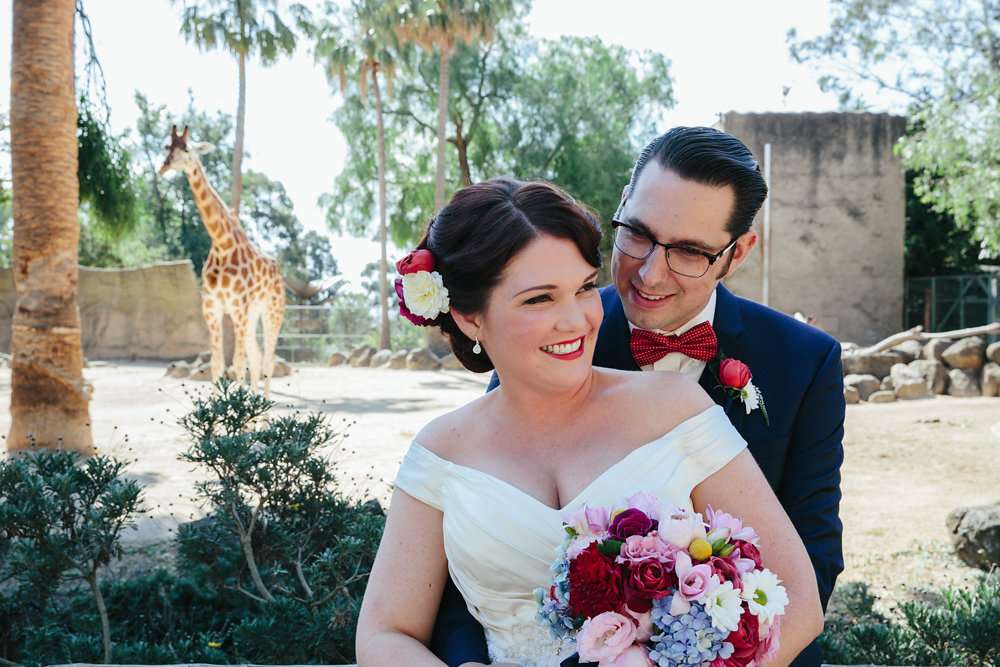 Jane and Joel’s wedding was held at Melbourne Zoo. Their ceremony was in the Japanese Garden and their reception in the Rainforest Room! “We wanted our wedding to be fun, colourful and summery”, said Jane. “I’ve always loved the glamour of the 1950s-era so our outfits were based on the fashion from that time. We went for a retro carnival theme to fit our venue. The colours were based on the bridesmaid dresses which were light green, coral, red and blue. It was the perfect retro summer palette.” 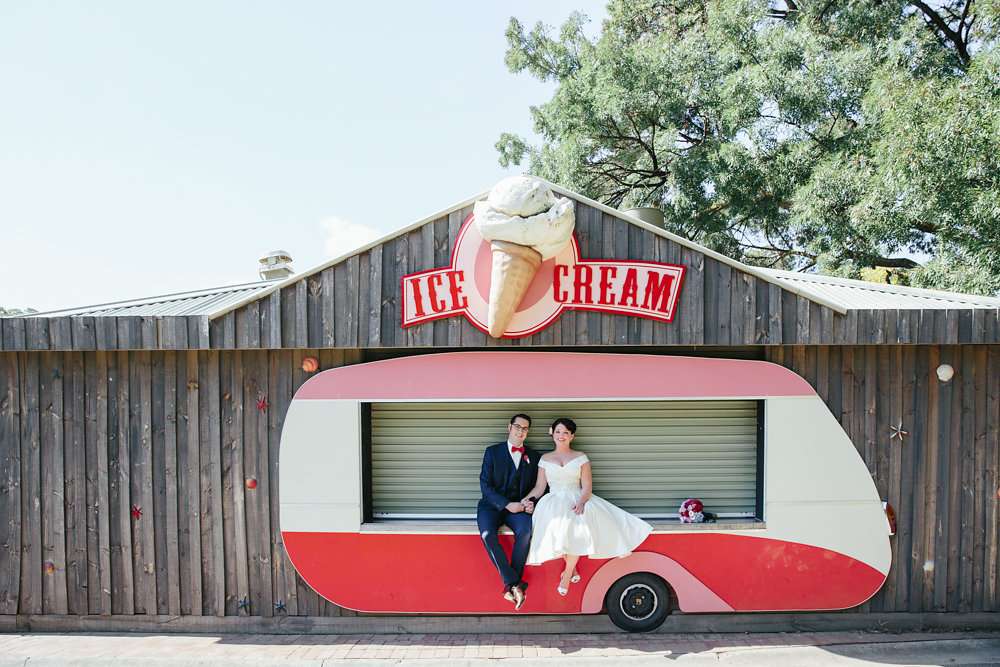 “We didn’t want a stuffy traditional wedding that’s torture to sit through. We’re also not not religious, so that freed us up to do whatever we liked with the ceremony. We wanted it to be fun, charming, playful and relaxed with a little nod to a nostalgic bygone era. And all of this had to be planned within six months because I was really keen to have a summer wedding. Our ceremony was late, a 5.30pm. We chose this time so that the sun would be low in the sky and it wouldn’t be too hot. Plus our guests got VIP entry to the zoo for the whole afternoon, which was great for the kids.” 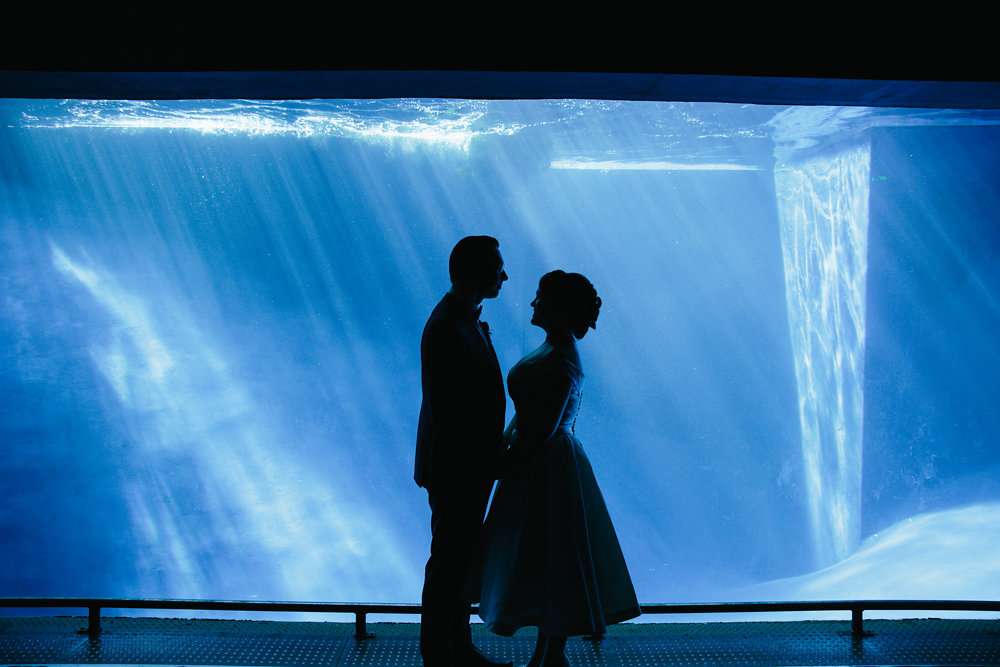 “One part of the day that I really enjoyed was our ‘first look'”. she continued. “We met two hours before the ceremony and shared a private moment (well, just us and the photographer!), then went straight into photos. This worked really well because it helped with the nerves and meant we could just relax and party after our ceremony. I’ve always found it a bit awkward when the married couple leaves for a couple of hours while everyone else enjoys the bar. It also means you’re nice and fresh for the pictures. I’d recommend this to any bride! The ceremony is nerve-wracking enough; you will still feel that rush of excitement when you see your significant other, believe me.” 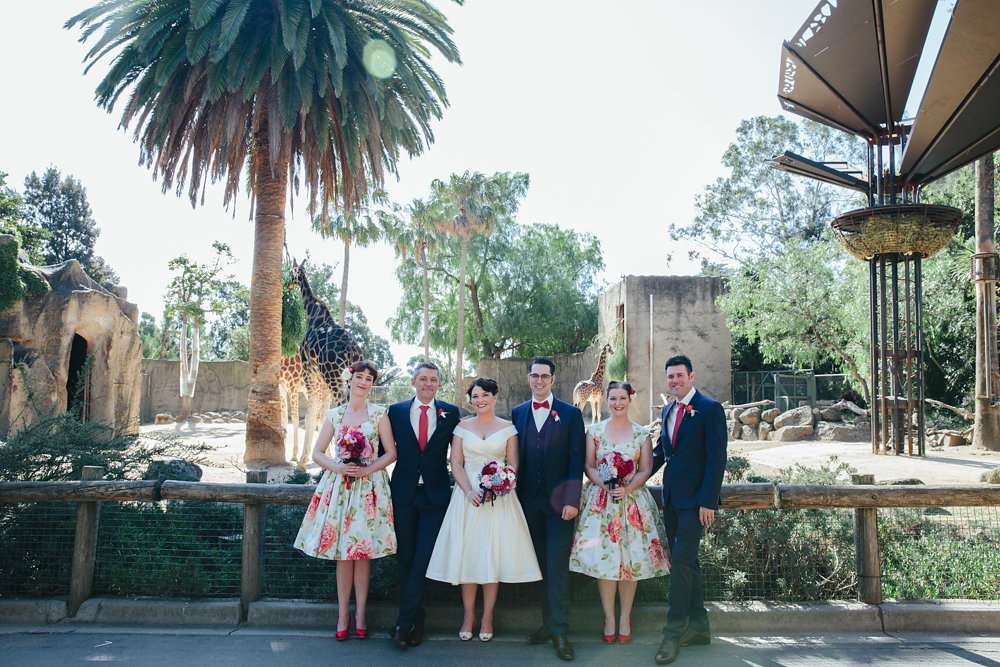 “Weddings are friggin’ expensive but we kept costs down by having only 50 guests. Our venue was the biggest expense by far but it was worth it. We were really pleased with the food, the service, the quirky setting and having a wedding coordinator (which is complimentary at the zoo) took so much pressure off on the day. I didn’t have to deal with any suppliers on our wedding day and got to sit back and enjoy.” 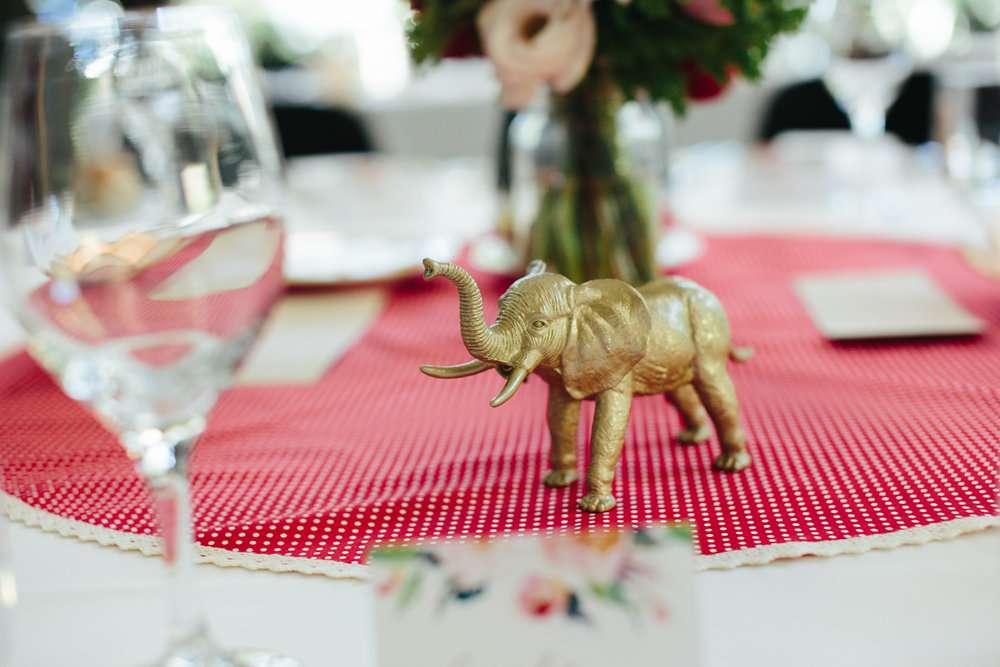 “My advice for other brides would be to not buy into the hype, especially around dresses! Although I absolutely adored mine, in hindsight, I feel like it was a bit of a waste of money. There’s so much pressure on THE DRESS that it can be overwhelming and you feel like you simply have to be PERFECT. I really did not enjoy the dress shopping experience, which is why I had mine made for me in the end. However if I did it over again, I would limit my dress budget to less than $500. You can pick up some lovely vintage style dresses for next to nothing or find one secondhand. Don’t buy in to the hype!” 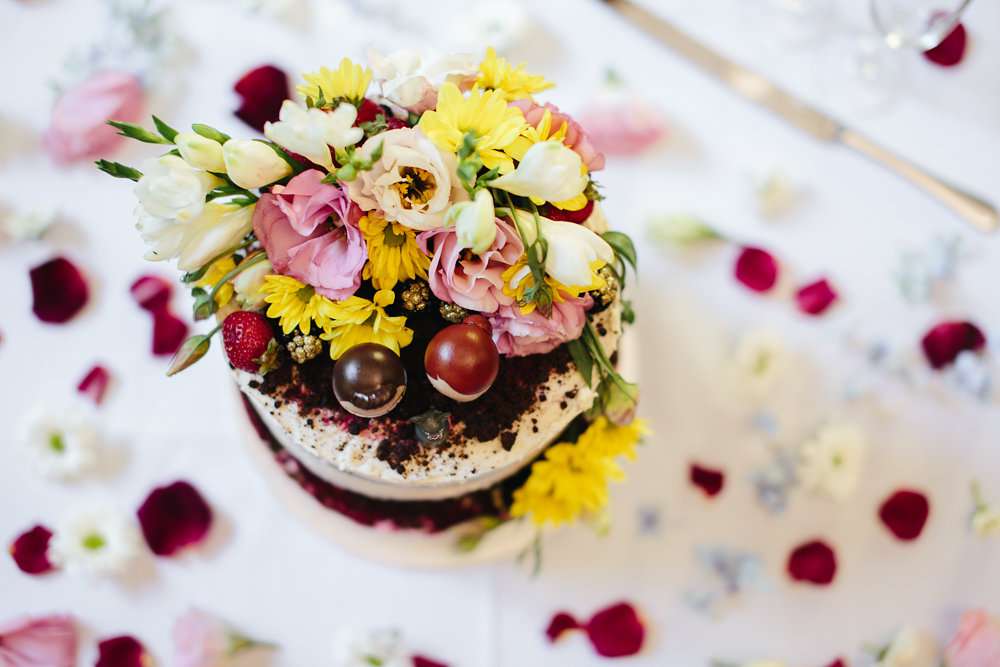 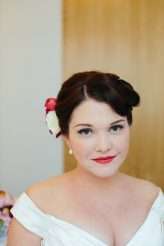 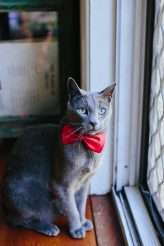 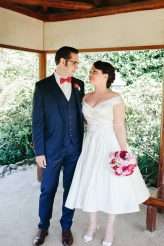 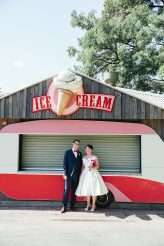 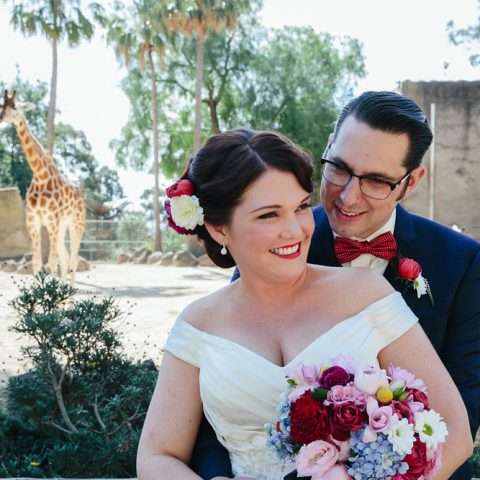 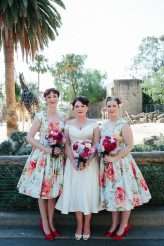 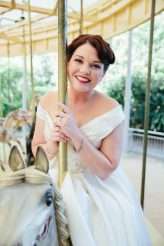 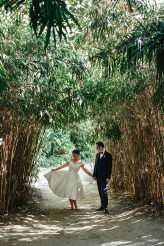 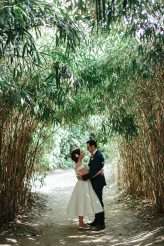 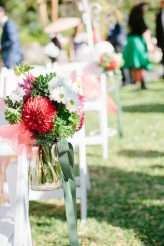 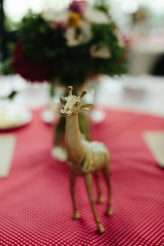 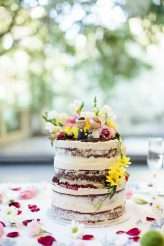 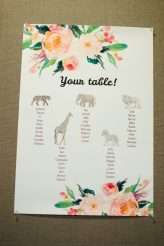