Kirsty and Louis wanted their wedding to be as bright and colourful as possible They were inspired by an image they’d seen of a table with a blue and white table runner and bright pink peonies on it. They took inspiration from the colours and went from there, with flowers as the main focus. 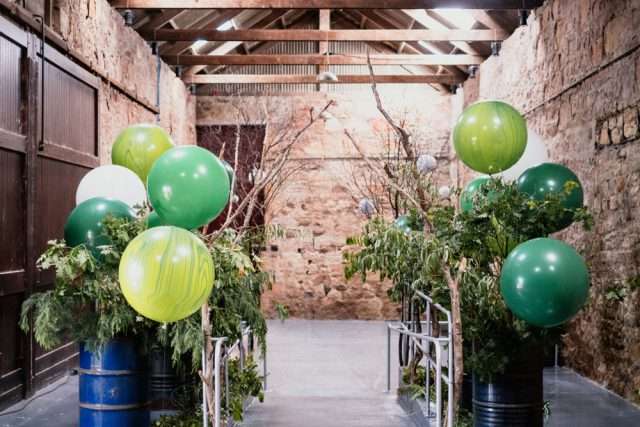 Kirsty explained, “We had sunflowers everywhere! We also spent a ridiculous amount of time and money collecting coloured glassware for the tables from car boot sales and charity shops. It was a struggle but it paid off! We wanted blue and white stripes to tie everything together, so had this for the table runners, the bridesmaid outfits, the amazing rag ribbon garland and the paper lanterns. My mum and I both work in the wedding industry so we had been talking about my wedding for years and it was always going to be a DIY job. We spent months pinning to our wedding board on Pinterest.” 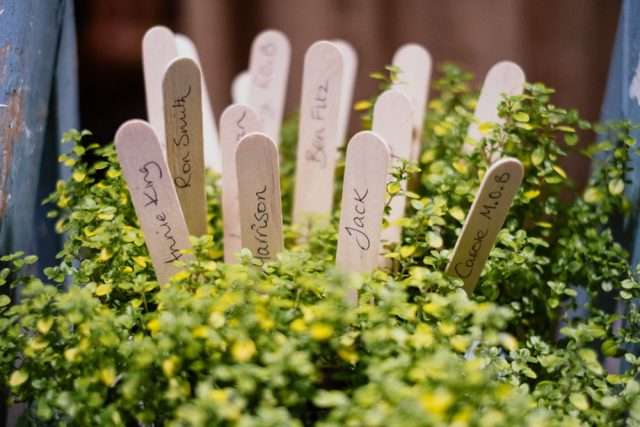 “My Granddad grew loads of the beautiful flowers himself”, she continued. “He spent months caring for them, even talking to them, which he swears by! I remember seeing them all for the first time – they were so vibrant and colourful. He did such an amazing job. My dad also did loads of DIY projects for us. He sourced and built a couple of ladder shelves – one for a gin ladder and one for desserts. He also made amazing bramble gin and homemade Limoncello which acted as favours on the tables.” 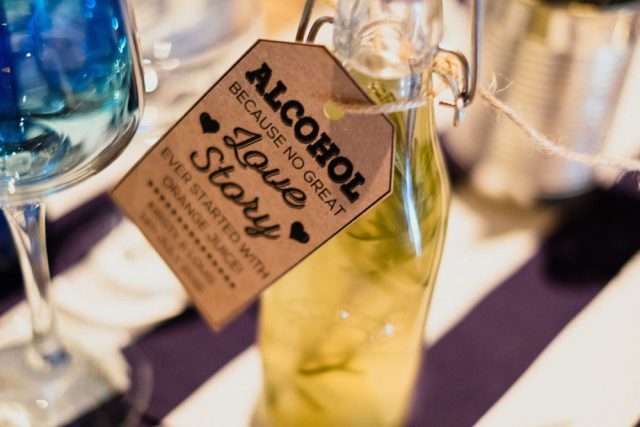 They had a humanist ceremony which was really personal. “We liked that we could have a bit of humour. We drank delicious whisky from a quaiche, and two of our good friends did a Robert Burns reading, which as it turned out had so many innuendos we were amazed they got through it! We had four amazing silk drapes hung above us, they were hand painted by our florist Gill and were so beautiful. We have them at home now and remind us of our perfect day.” 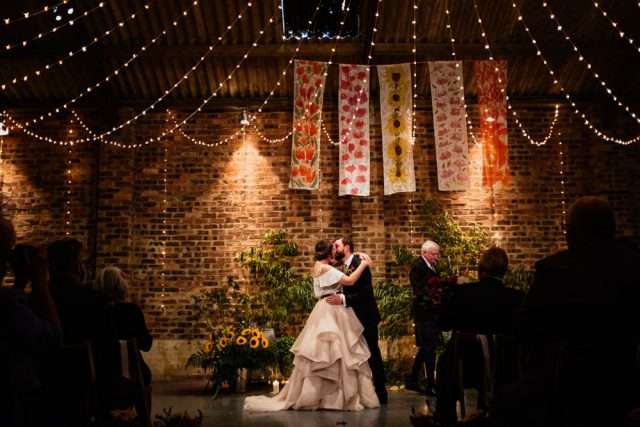 “The music was also really important to us. We are so lucky to have an amazing bunch of talented friends and family. My brother, Ben, sang me down the aisle, our friends Kris and Euan played during the ceremony, and our friends Tom, Euan and Jamie played while guests enjoyed the grazing table. Later, one of our favourite artists, Kenny Anderson (aka King Creosote), played a set, including a Taylor Swift cover that I don’t think I’ll ever forget! We then had an amazing wedding band, Corra, (also friends of ours) who got everyone up and dancing, followed by a DJ set by our friend Weaver!” 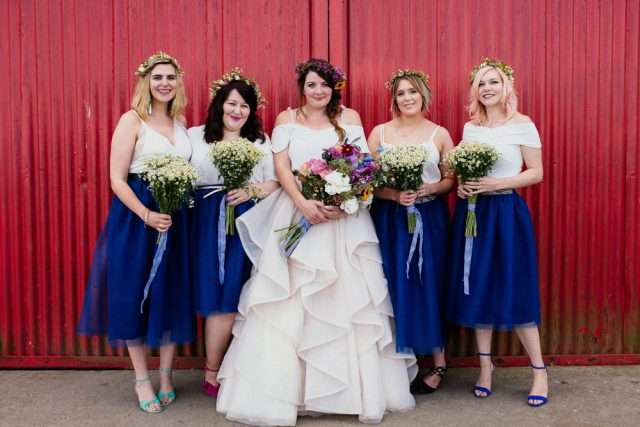 “Its impossible to say what our favourite part of the wedding was, but one thing that we were surprised by was how much we enjoyed the ceremony. I was so nervous about it, to the point where I didn’t think I could actually speak in front of all those people. But as soon as my brother started playing, and I saw Louis, looking so handsome, I was completely fine!” 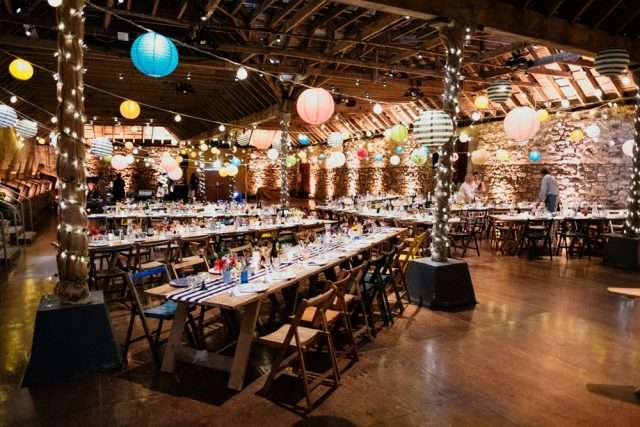 “We loved how planning the wedding brought everyone together: Our two families and the bridal party spent the week surrounding the wedding together, staying in gorgeous cottages where we ate and drank and caught up. At the venue the day before the wedding, everyone got involved to help everything get done. My mum was pretty much in charge of everything and we would not have pulled it off without her! It was so great being able to spend that time with family, we don’t get to do it often enough. It made the post wedding blues a bit harder to deal with when it was all over!” 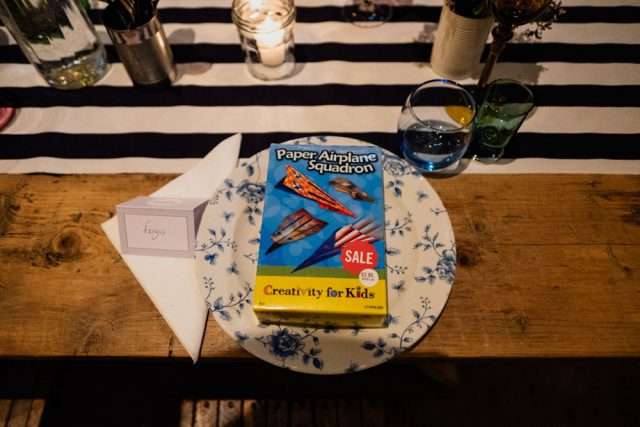 “Every aspect of the day was in some way helped along by our wonderful friends and family, so we weren’t relying on anyone we didn’t know or trust to make things run smoothly. We we so lucky to be in that position and we cant thank them enough!” 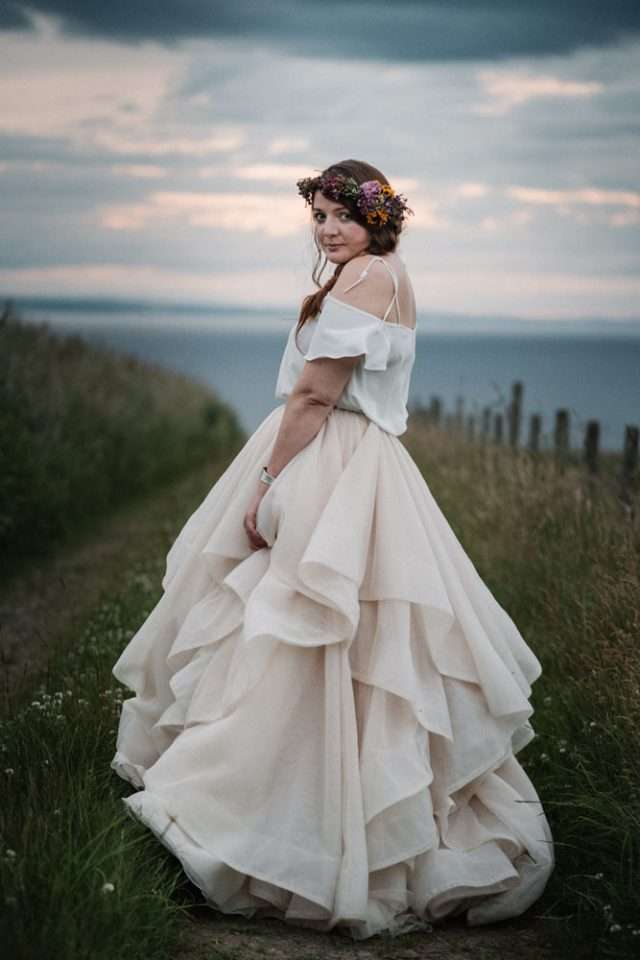 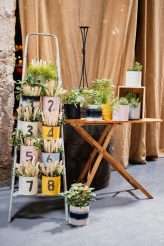 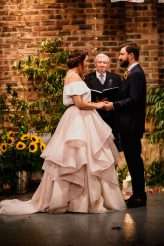 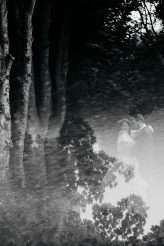 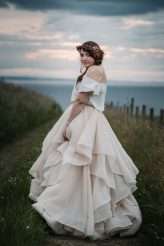 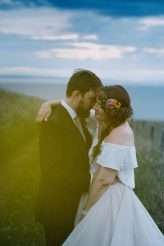 Rachel and Steven wanted a relaxed vibe for their Glaswegian wedding. This red-headed couple held their celebration at Pollokshields Burgh Hall and used dried wheat, carthamus and rhodantha throughout to give the space an organic and natural look. "We didn't have a theme, we just wanted everyone to relax and have a great day, and for the place to be natural, light and beautiful", Rachel began. "The hall is gorgeous on its own anyway so I chose items, colours, flowers accordingly and everything came together amazingly. My bridesmaids and I carried wheat bouquets and we used a lot of charity shop finds. My girls also chose their own dresses. I just wanted them to wear a dress that made them feel amazing."