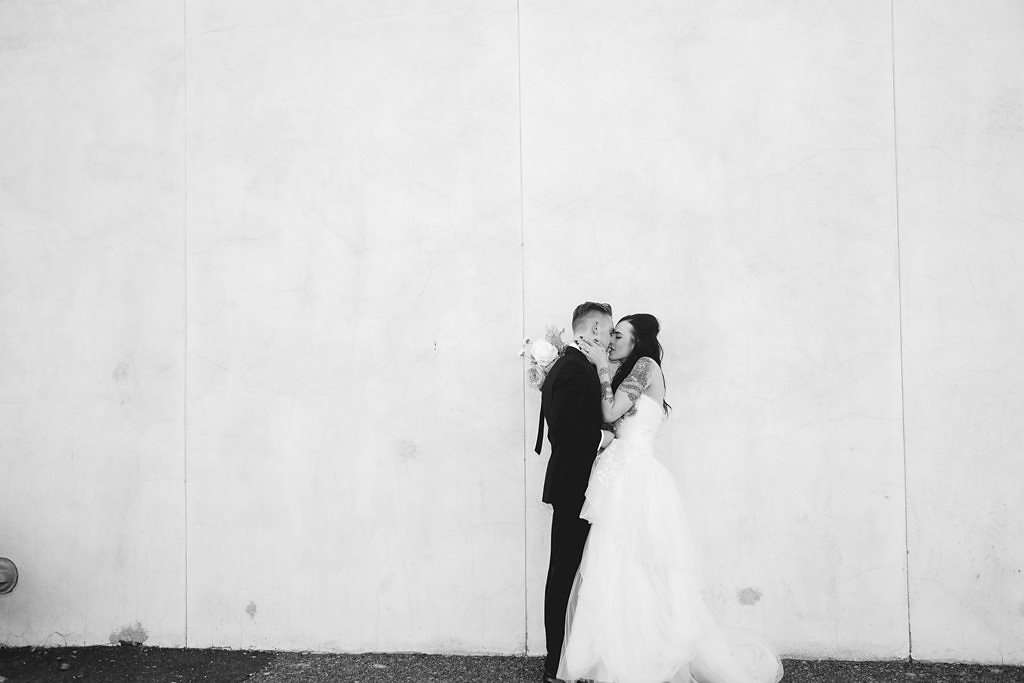 Joey and Emily’s wedding was pure Rock n Roll! “Our theme was Rock n Roll chic”, said the bride. “We wanted it to be as ‘us’ as possible – still a wedding, but anything but basic as far as details were concerned. Our photography was definitely inspired by Kim and Kanye’s wedding photos – we wanted high contrast, mostly black and white pictures.” 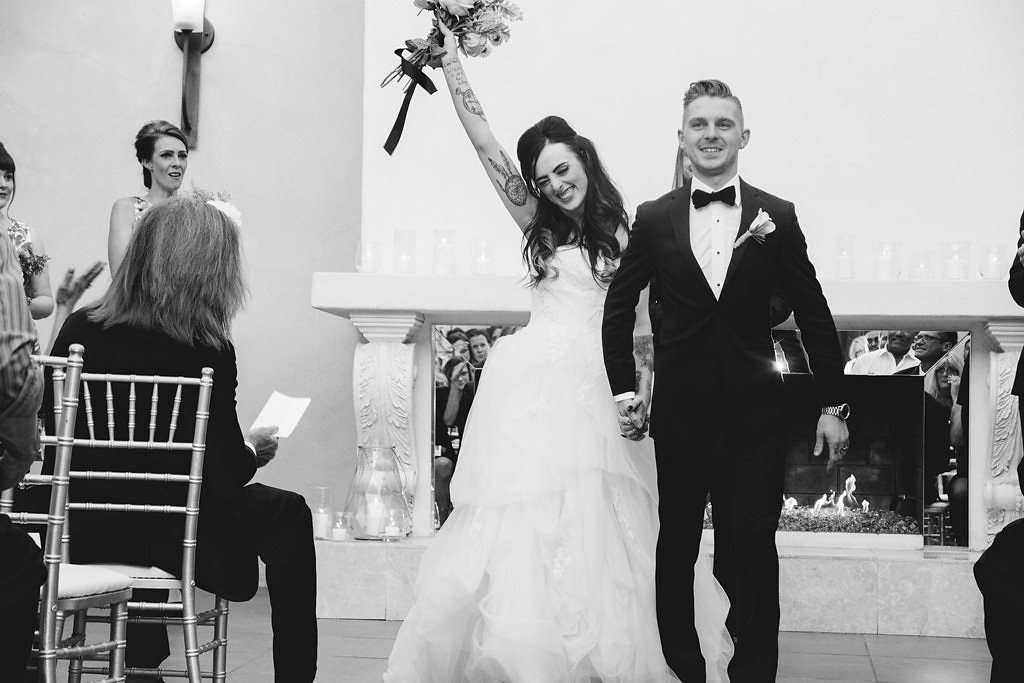 ” We wrote our own ceremony script together and then asked a close friend to serve as officiant. This made the ceremony feel more intimate and genuinely emotional for us. The best moment for both of us was when I walked down the aisle and we first saw each other. All of the stress from earlier in the day instantly disappeared and everything really hit us in the sense that it was really happening – it was perfect! We were also so in love with the way the ceremony decor turned out, with all of the mismatched candles on the fireplace mantle and the black rose petals with greenery lining the aisles.” 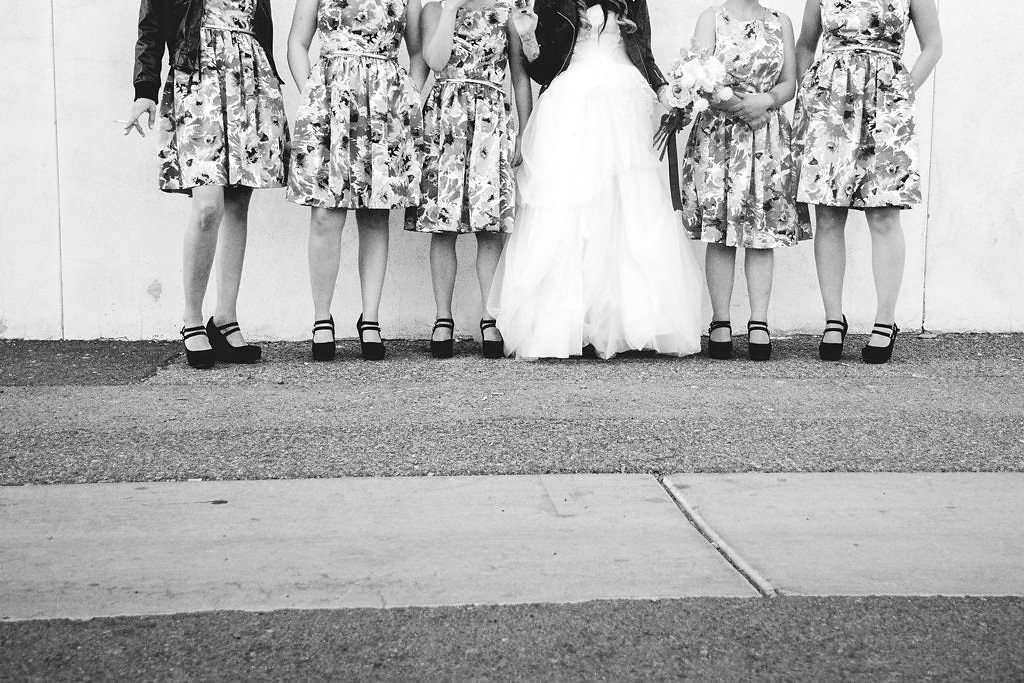 “Our advice to other couples would be to not feel pressured to conform to other people’s ideas of what a wedding should be. Be yourselves, do what you want to do and everything will turn out amazing in the end. And don’t be afraid to opt out of ‘posed’ traditional wedding party and/or family photos if the idea makes you uncomfortable. Candid photos are so much more fun for everyone to look at later on, anyway!” 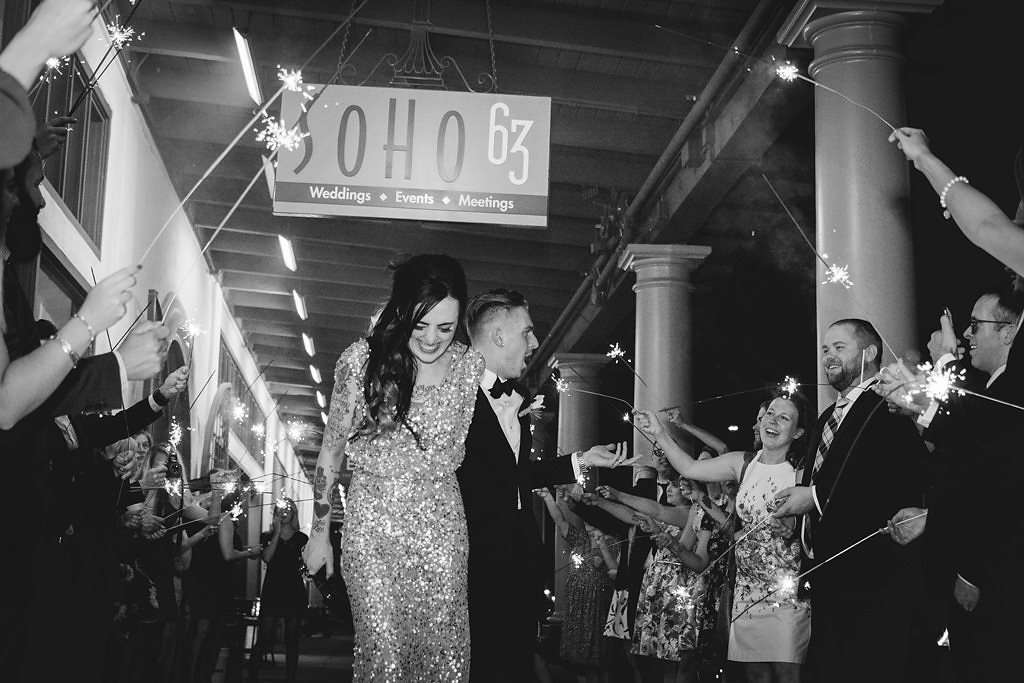 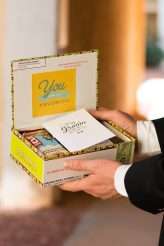 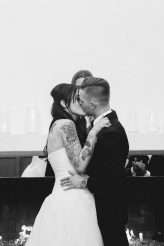 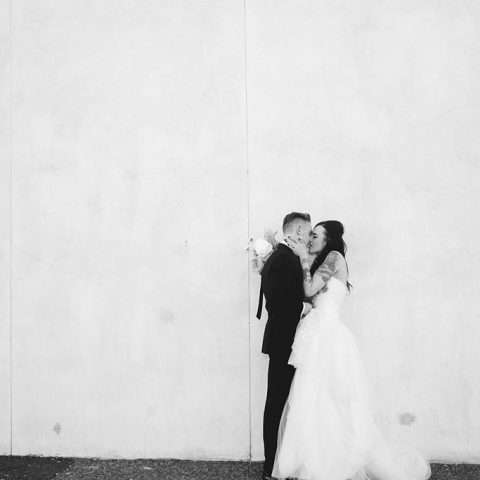 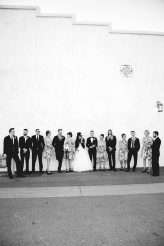