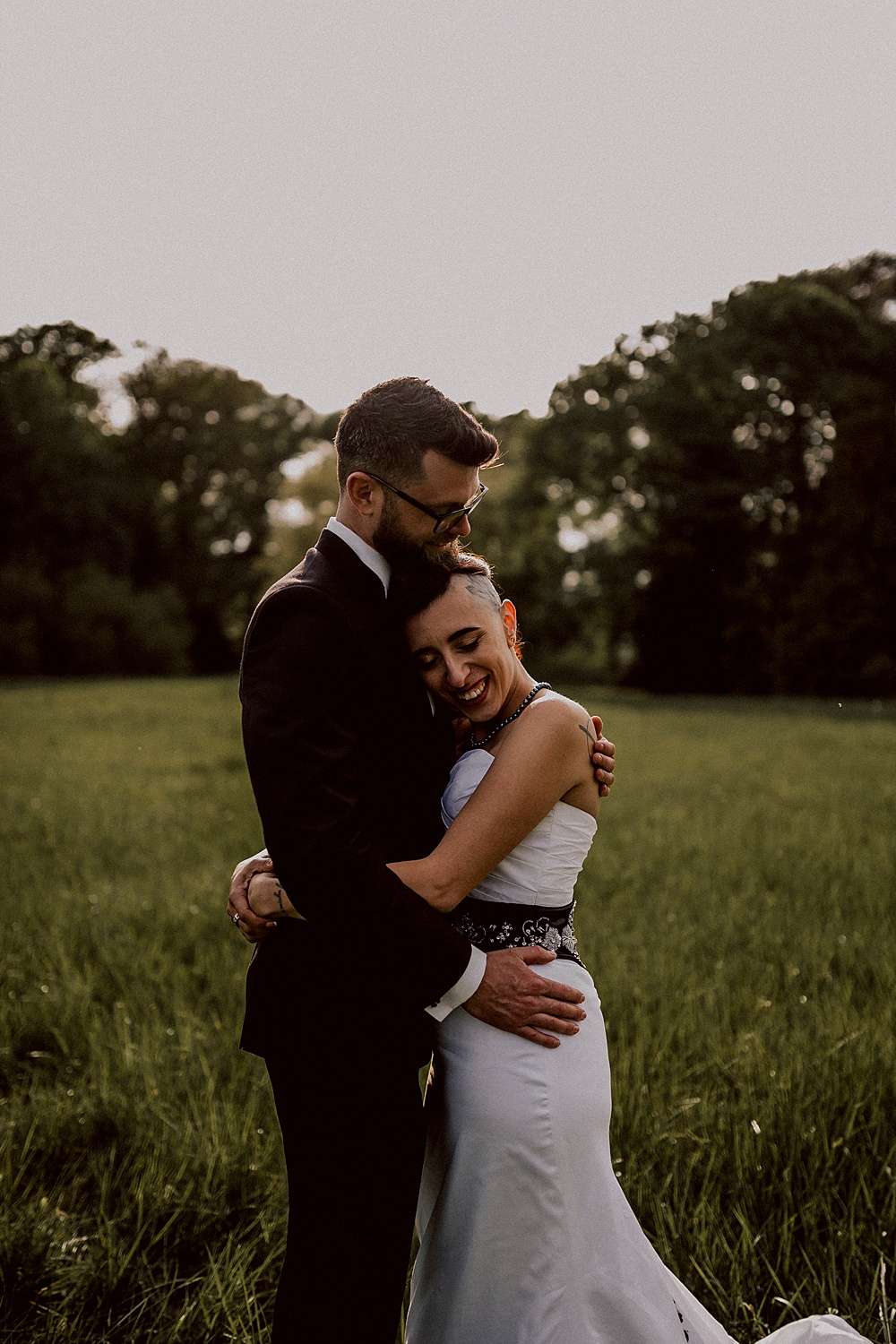 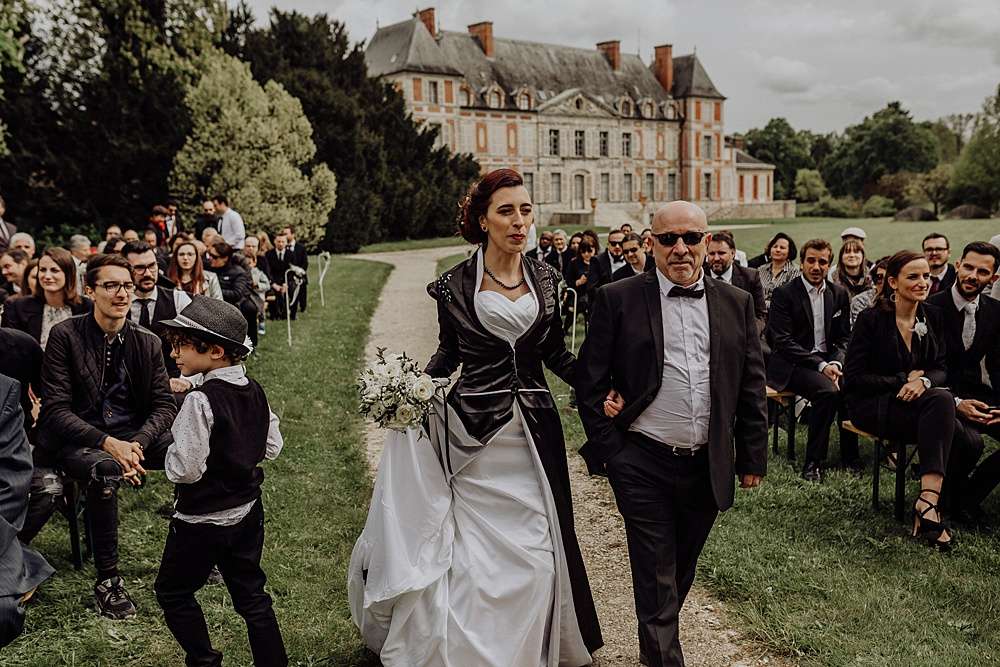 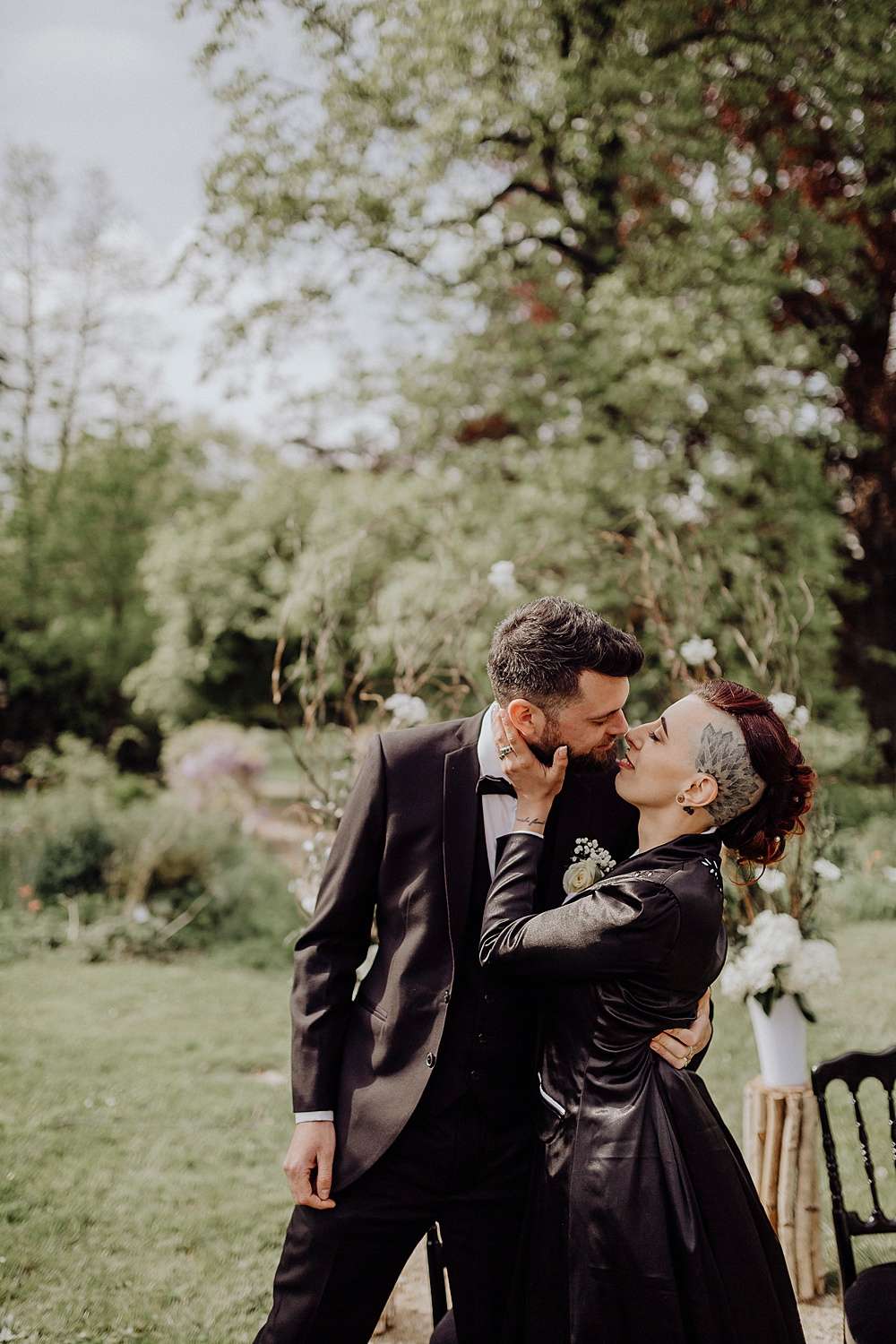 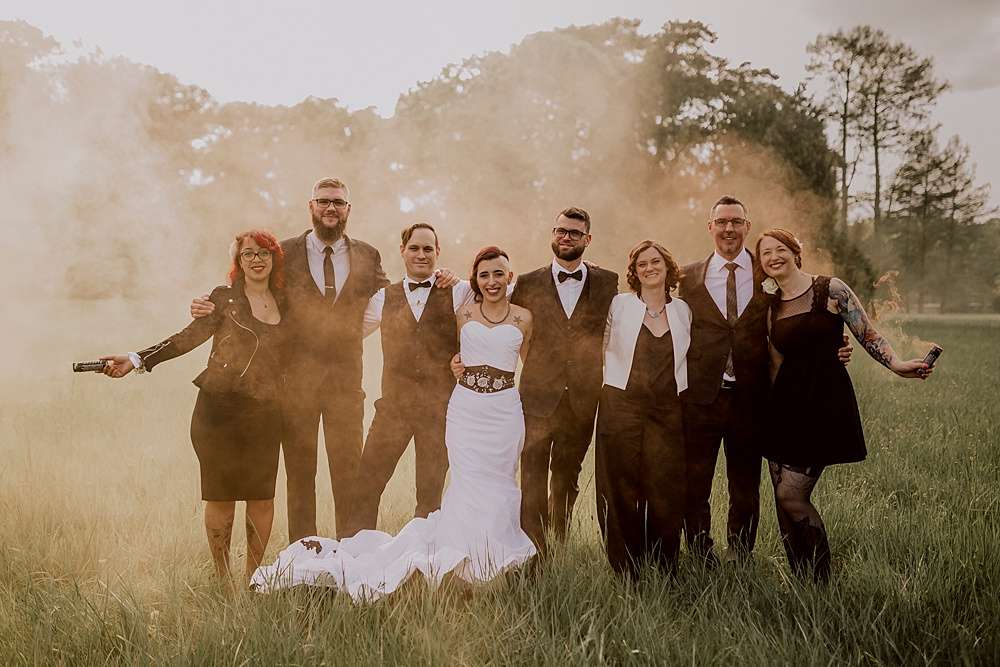 Alongside trying to exclusively hire suppliers they knew personally (including their make up artist, hairdresser, cake maker and florist) they also did a load of DIY for their wedding. “We did all the stationery by ourselves, and also bought and decided about the tables decorations,” Cristina explains. “Since some of our guests were veggie/vegan, my sisters made their food. As beer is where our love story began, we wanted to incorporate it somehow, so for the favours, we offered local brewed beer from the Brasseries Ox (who David has worked with for a long time now). We made DIY stickers for the beers that our friend Dafne designed and our friend Pierre had printed.” 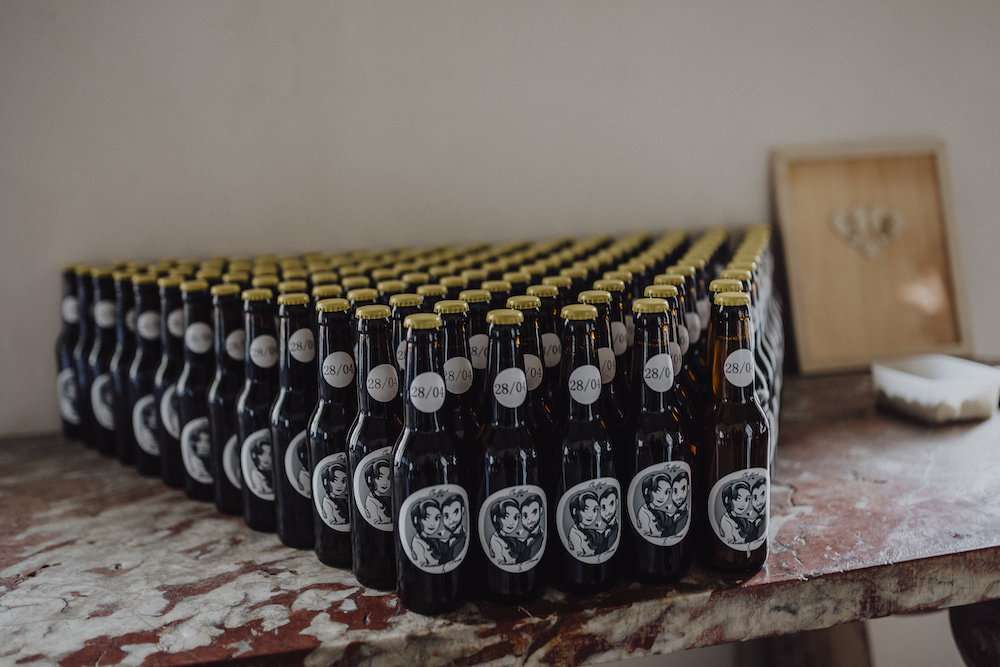 Cristina wore a beautiful Devil Night gown with black accents that showed off her tattoos, as well as a full-length black top layer for when things got slightly chilly. Both her and David wore Louboutins, which they got at a private sale their friend (who works there) invited them to! 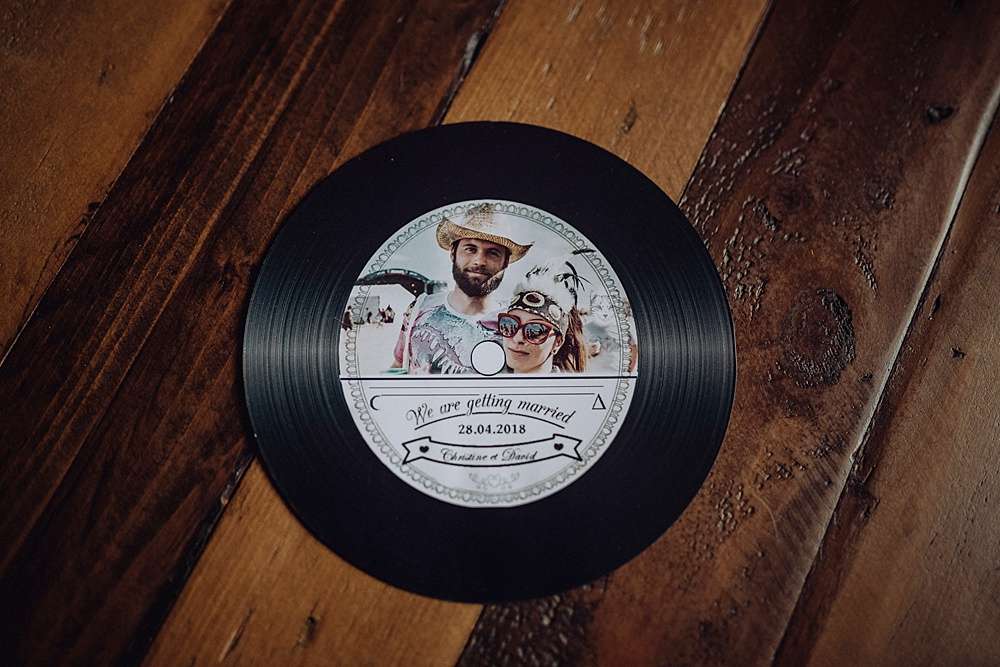 After the outdoor ceremony, Cristina and David went to explore the grounds with their photographers Celeye Photographies, and to play with some smoke bombs. The golden hour is so gorgeous on these photos, as is Cristina and David’s tangible happiness – so cute! We love how smiley they are – even when falling over! 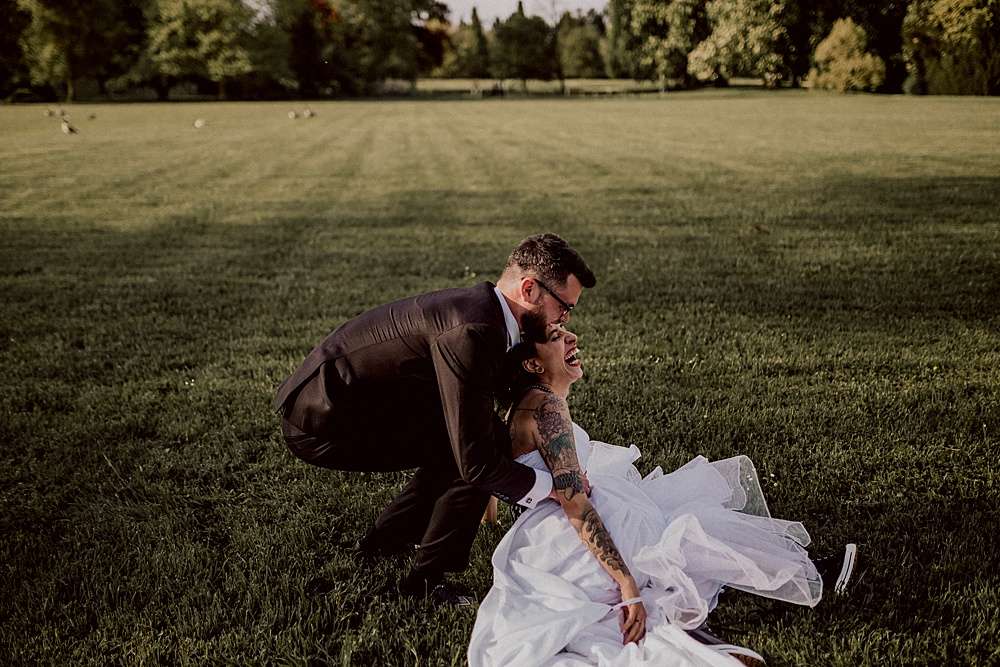 When asked for a funny story about the day, Cristina told us: “The videographer asked us to run at some point, to capture us and some birds. Unfortunately, my feet got into my gown and I fell! It was a really funny moment and I couldn’t stop laughing. I’m glad we have pictures of the moment because it was the funniest part of the day.” Told you, still smiling!

In true French style, Cristina’s advice for future brides and grooms is “Drink a lot of coffee, because you’re not gonna sleep a lot for the next few months.” Et Voila! 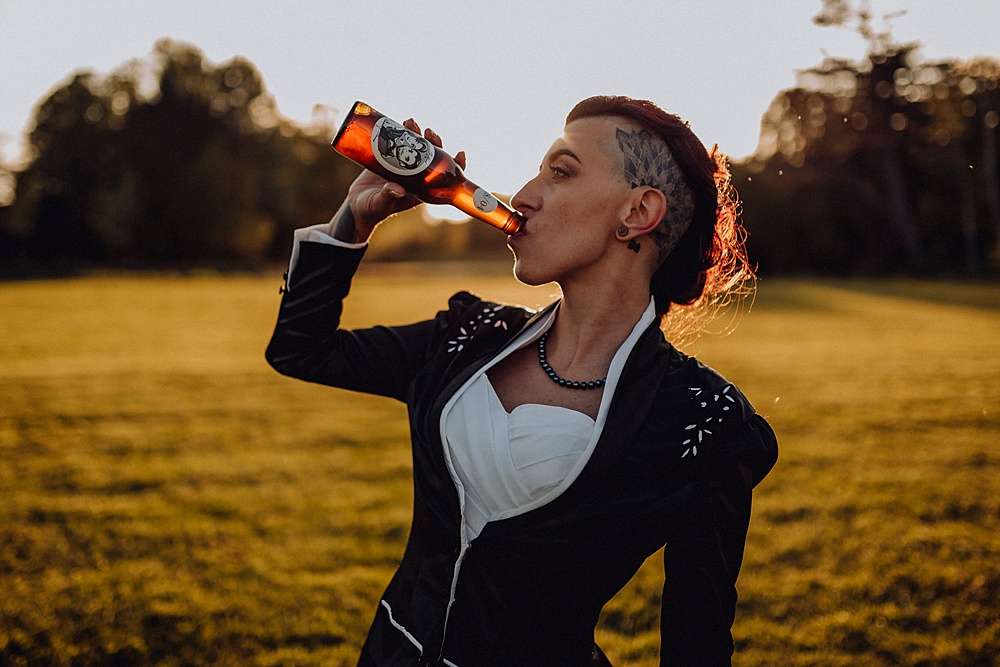 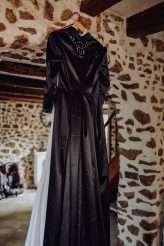 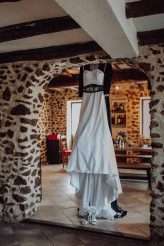 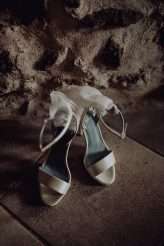 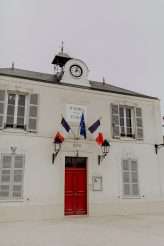 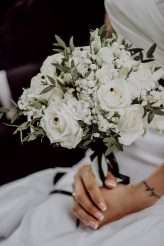 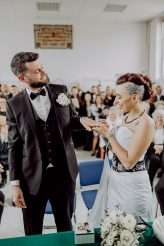 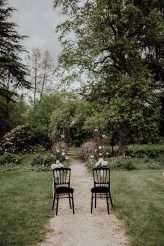 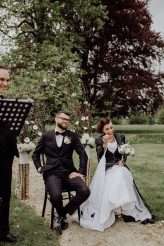 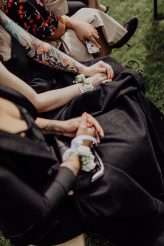 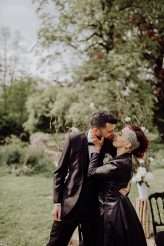 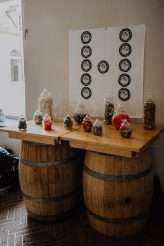 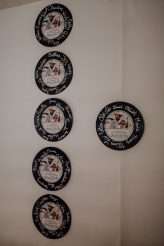 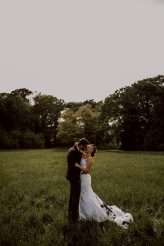 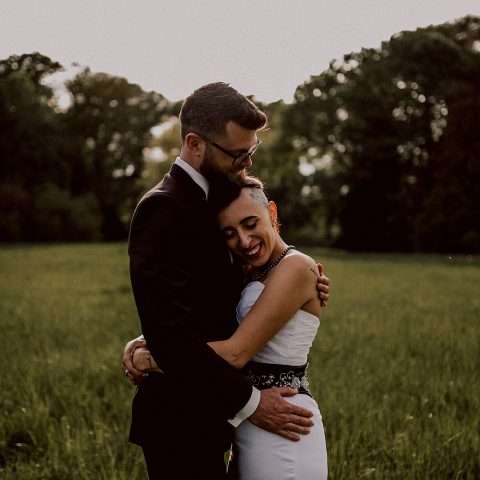 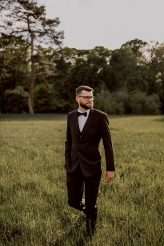 Joey and Emily's wedding was pure Rock n Roll! "Our theme was Rock n Roll chic", said the bride. "We wanted it to be as 'us' as possible – still a wedding, but anything but basic as far as details were concerned. Our photography was definitely inspired by Kim and Kanye’s wedding photos - we wanted high contrast. mostly black and white pictures."

Lysiane and Thomas got married on 28th July 2012. Five years later they decided to renew their vows. As their original wedding was quite traditional, they wanted their vow renewal to really feel like 'them', and celebrate their geeky sides!

Roxane and Stephane were married in Provence in a low key, inexpensive wedding that felt perfectly right for them. They spent €5000 on food and drink, €400 on a venue and everything else was either gifted or they already owned.

Morgane and Phil had known each other for ten years, and had worked together, when out of the blue love hit Morgane straight in the heart. "One evening, I finally saw it!" she said, and she knew they would never be apart from that moment.