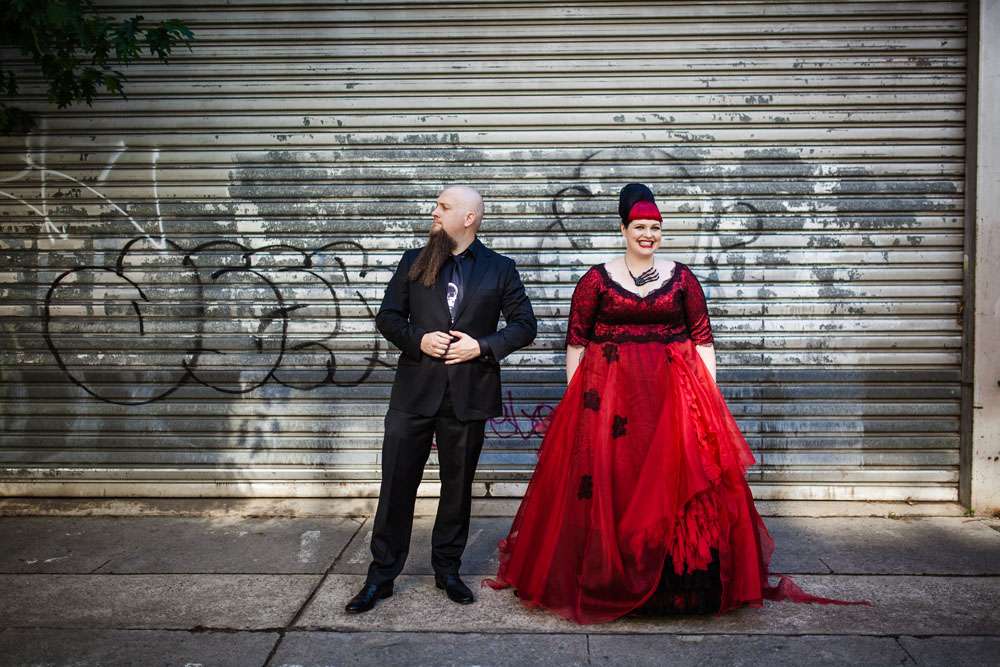 Erin and Beau’s October 31st wedding had a very obvious theme – skulls! “The theme for the wedding definitely had to incorporate skulls”, said the bride. “I absolutely love all things skeleton, as does Beau. We were inspired by the cameo male and female skull tattoos that I have. We are also lovers of the colours black and red so it all just fell in to place really.” 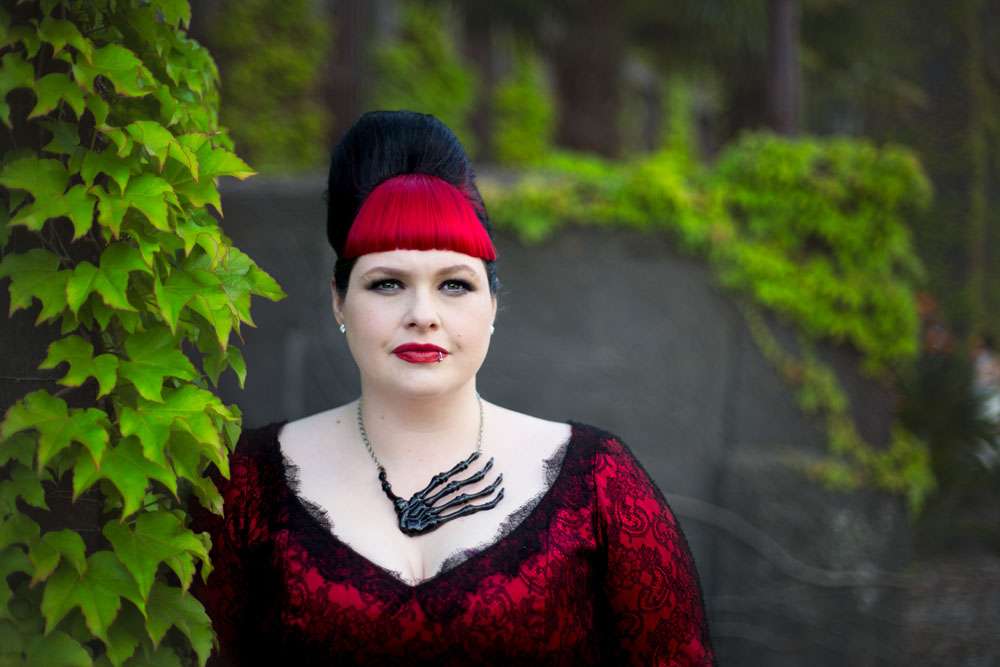 The venue, Red Scooter in Melbourne, was also a big inspiration. “They were really excited about our theme and were eager to assist to make our ideas come to life. They outsourced candelabras with huge skulls on them for the table centrepieces and incorporated our colours with ease.” 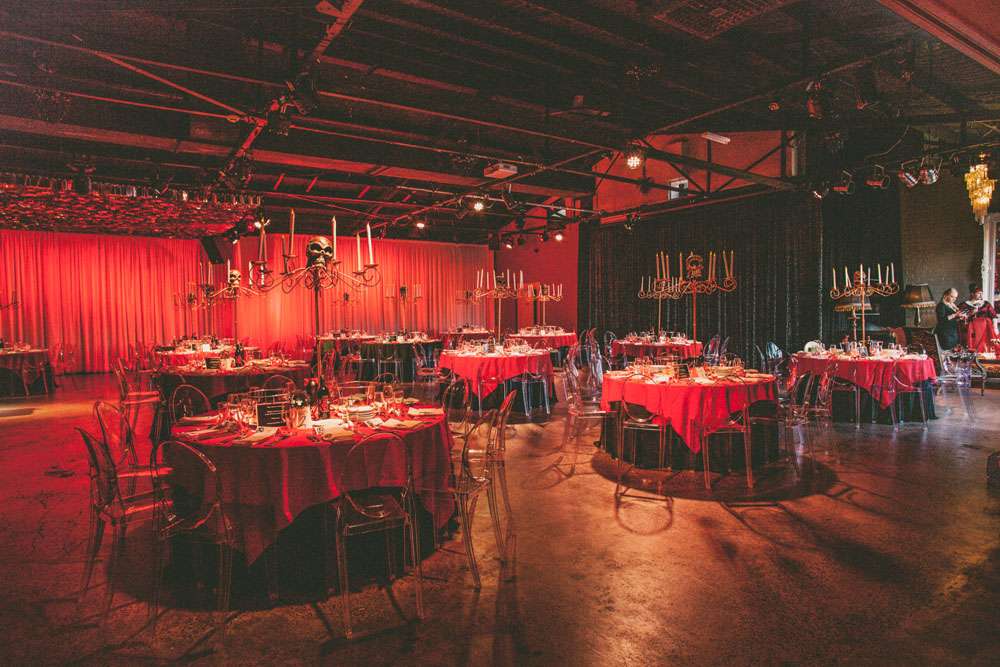 Erin’s had her red wedding dress made for her. “Beau and I are quite alternative in our everyday life so we knew our wedding would be a little different. For instance I always knew I would never be a bride who wore white. It’s not the colour for me and I always wanted a dress that was black and red.” 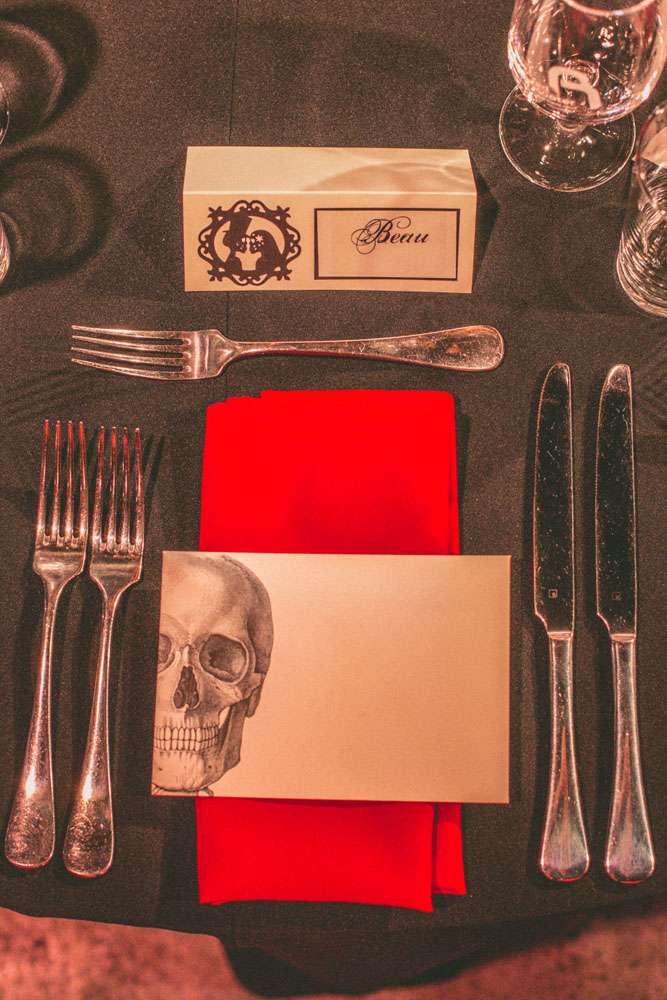 “We were also very conscious of wanting to play our own music at the wedding. We love heavy metal, in particular 80s metal and wanted to ensure we were able to enjoy our night listening and dancing to the music we love. I walked down the aisle to Wasp, Hold On to My Heart and our first dance was Journey, Don’t Stop Believing. We mostly played 80s during the evening for dancing and the last hour was heavy metal which included bands like Murderdolls, Mushroomhead and Rob Zombie!” 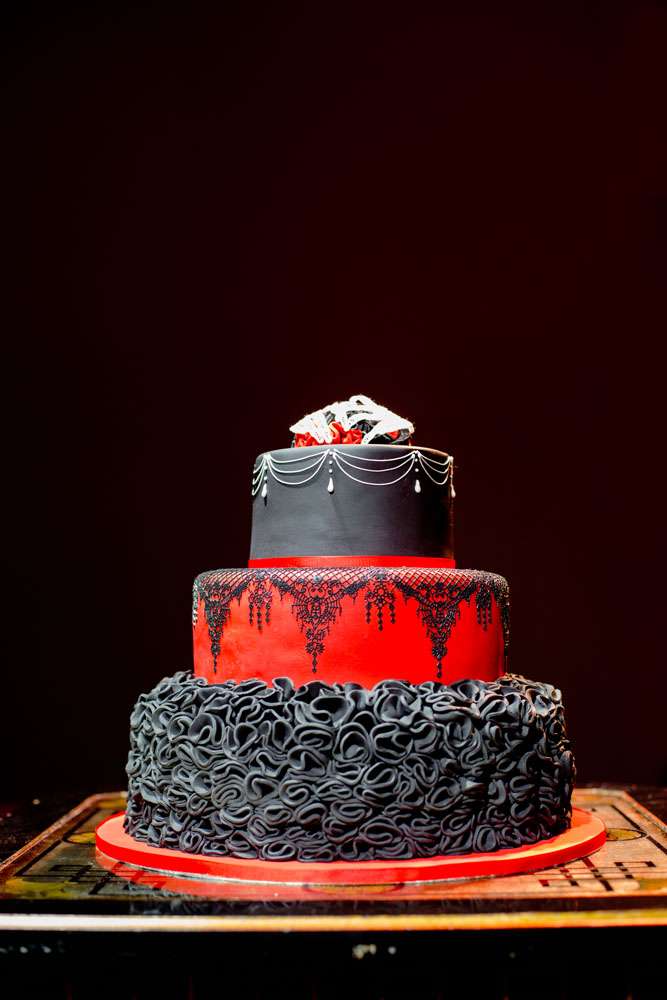 “Before we started wedding planning I wish someone would be told me that you can’t please everyone”, Erin explained. “There will always be people who think you should be doing something a certain way. You will drive yourself insane if you try to please everyone. Beau and I always had a clear vision of what we wanted and we didn’t let anyone stand in our way. At times it was difficult because some people got upset that they weren’t a part of the wedding or wanted things that we didn’t.”

“However the best piece of advice we got was that not everyone will be happy with decisions we made. We soon realised that what truly matters is that we did what we wanted and on our terms.” 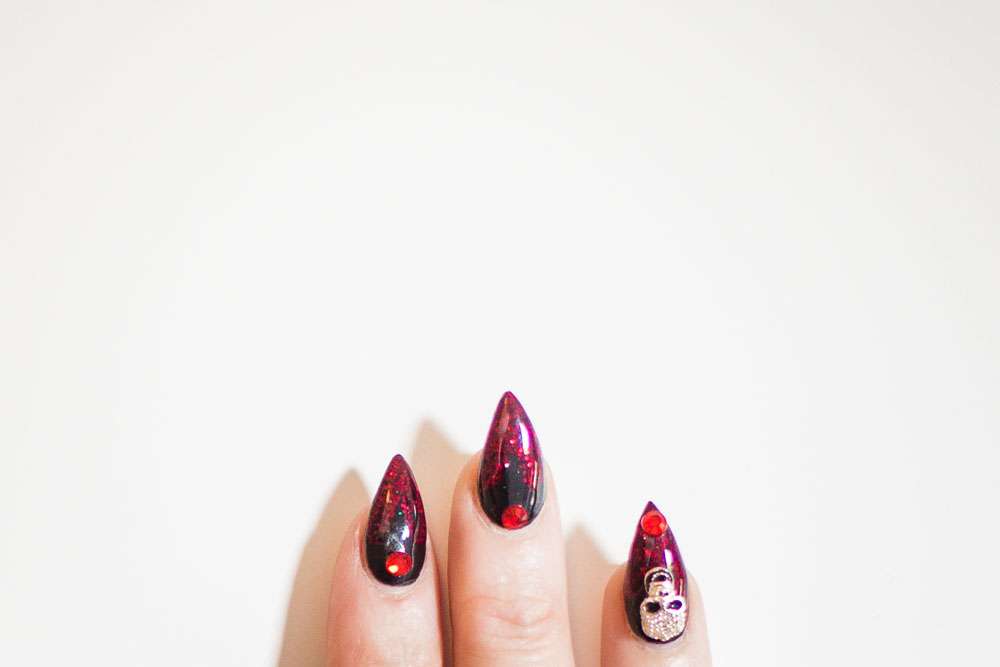 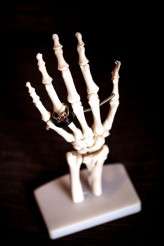 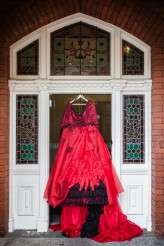 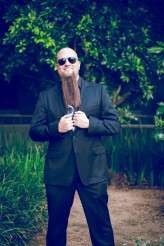 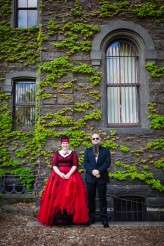 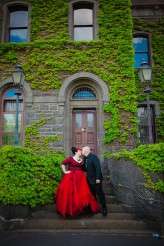 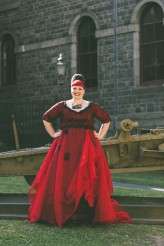 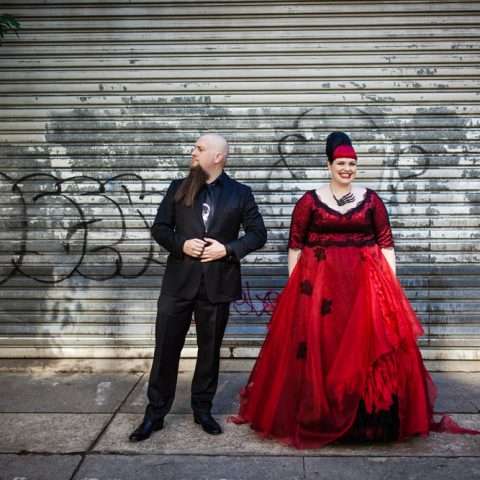 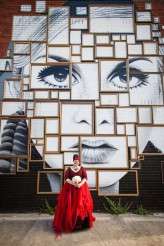 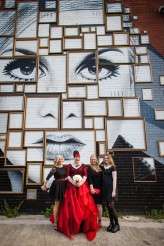 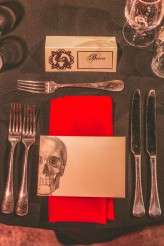 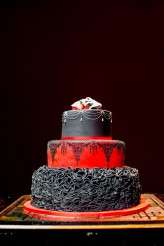 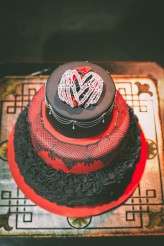 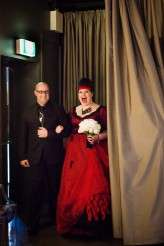 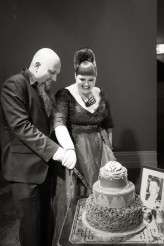 Black, White & Red All Over