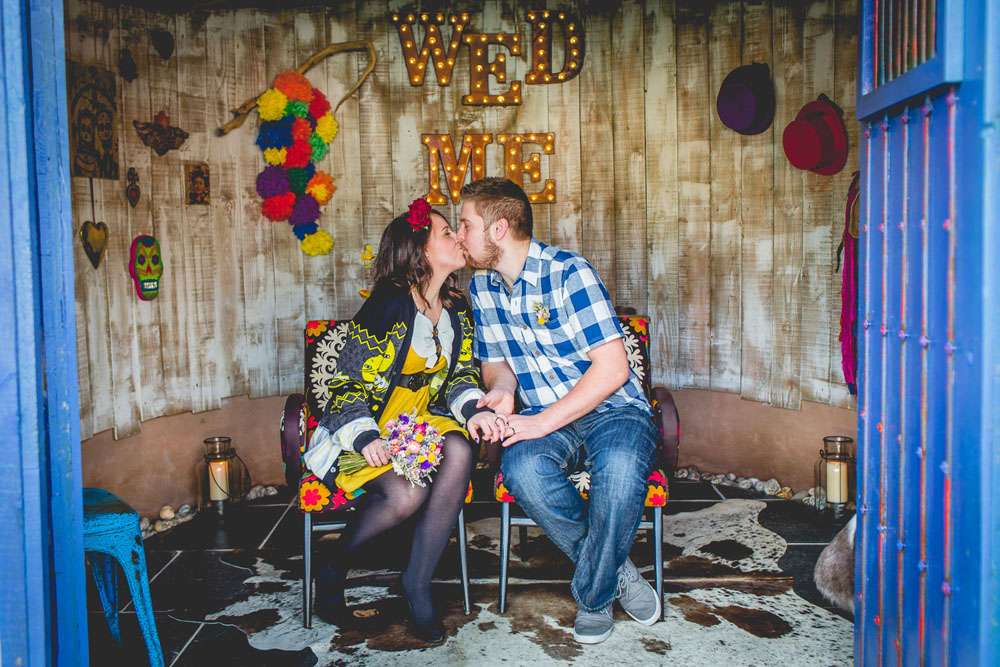 If you really don’t have a lot of money to spend, or you literally just want to run away and get married, then Laura and James’ colourful runaway elopement is going to be so inspiring for you!

“Our wedding was relaxed and bright!” said Laura. “Really early on we talked about the fact that we wanted to run away and get married in secret. We had never even really considered a normal wedding. We talked about inviting our parents but then decided that if we did that we’d have to invite brothers and sisters… and if they were invited we would have to invite their partners… But then I would feel bad not inviting our best friends and their partners… And then it would feel harsh not ti invite more family and before you know it we’d have 100 people ‘running away’ with us! We just had to be strict and keep it at zero guests. It was really difficult to keep it a secret from everybody we know!” 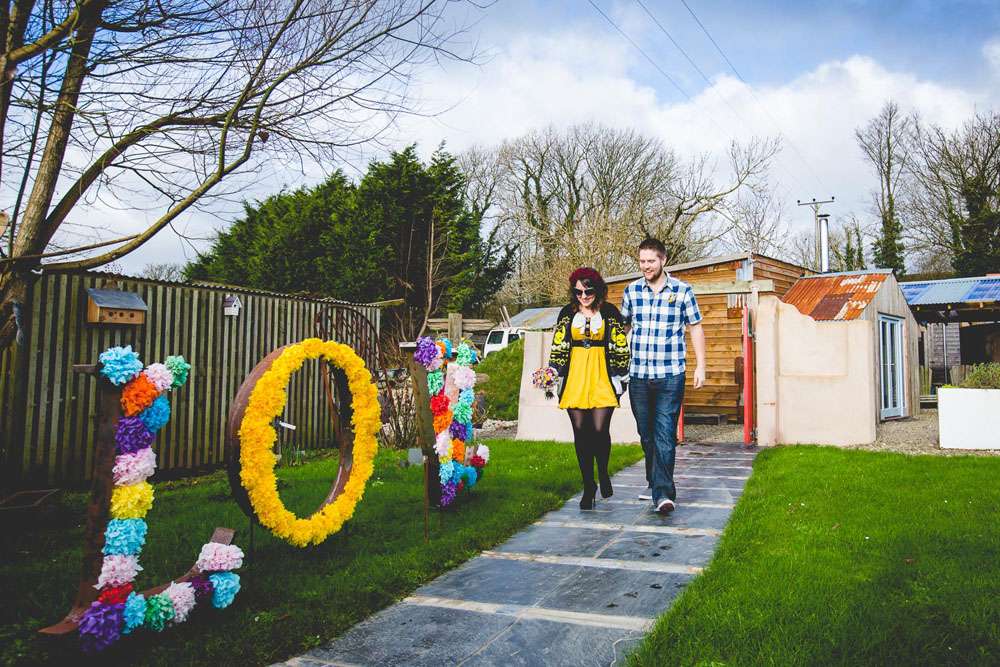 “We didn’t tell anyone we’d got married until that evening, the first to know were our parents over video chat. My mum had always suspected we would run off and get married in secret so she was not upset in the slightest, just happy for us! James’ mum also said she had suspected we might have been getting married in secret. I was over the moon with their reactions and pleased that they had their suspicions beforehand so it wouldn’t have been a total shock!”

The day was held at Lower Barns, a B&B in Cornwall. “We got married in a shed! Its officially called the Wed Shed and it is adorable! It could just about fit seven of us in (me and James, two registrars, two witnesses and our photographer, Alexa) so was very cosy. It was the definition of intimate, there were candles lit, an old school table and quirky chairs. I have to be honest I don’t remember the ceremony much and I am glad for the photos as it was a short time, and although we didn’t have a big audience, I still felt a little nervous! But it was lovely in the end and the best part is that we were officially married at the end of it!” 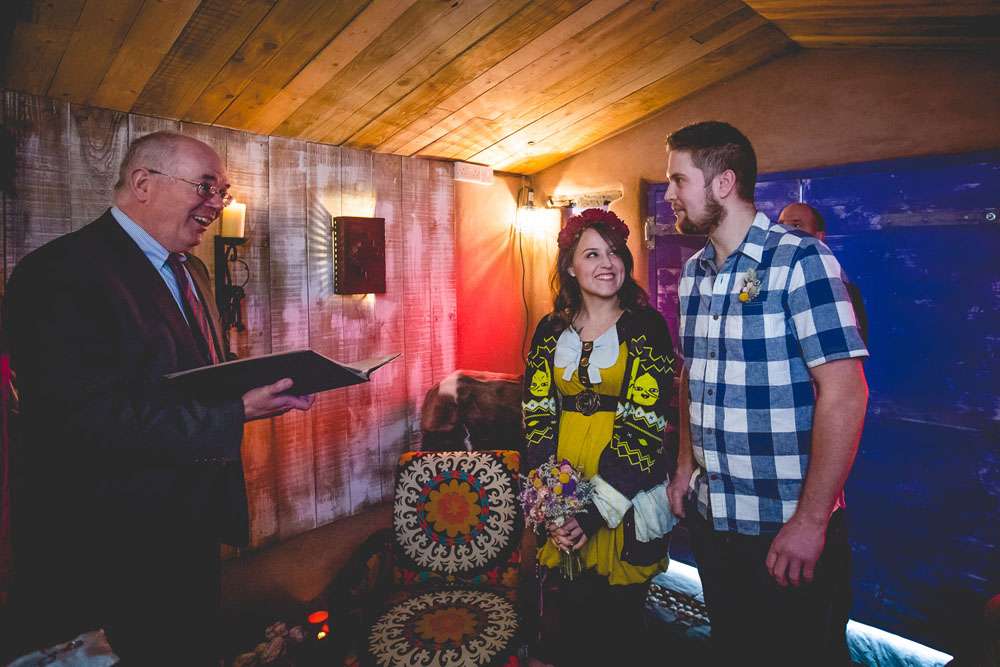 “Its very difficult to pick a favourite part, especially as nothing about what we did was conventional. We just wanted to go with the flow and didn’t really know what to do for some of it until the time came! We stayed at Lower Barns for for three nights, and every night we watched a wedding themed movie and ate cake snuggled on the sofa in out PJs. The first night we watched The Hangover, our wedding night it was Bride Wars then the day after was Bridesmaids. On our wedding day itself I felt that because of the lack of people and planning we really were just left to the two of us and we able to enjoy each other’s company.” 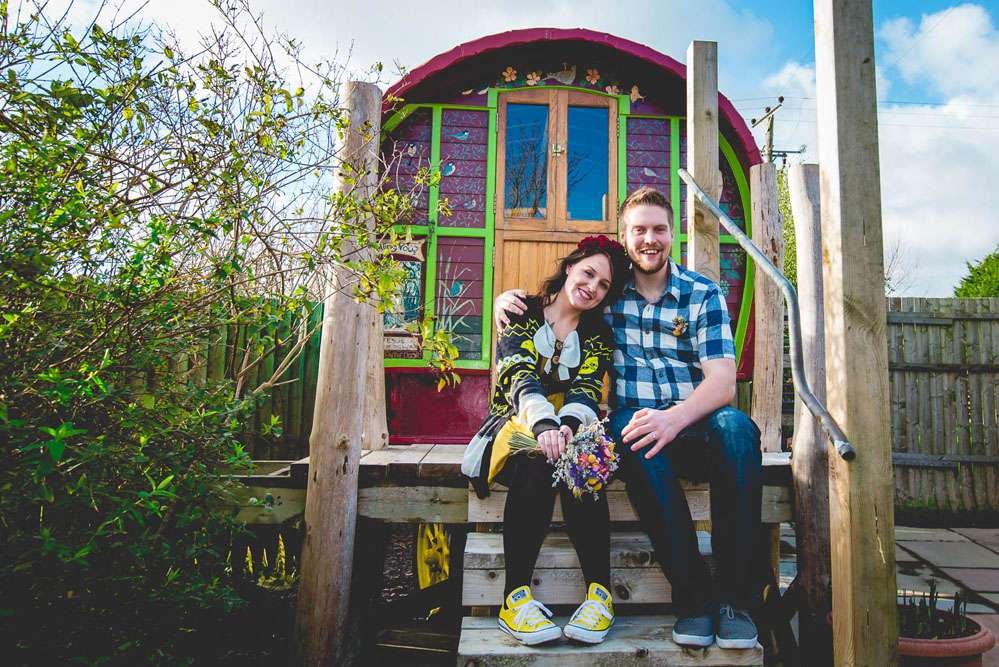 The bride wore her favourite yellow dress (which cost her £10 on eBay years ago!) and Converse, which she’s owned for years. The groom also wore his favourite shirt and jeans. “We really didn’t spent a lot of money, the only costs really were staying at the B&B for three nights, which came to £1000, and then our photographer. The £1000 for the venue also including all our food, use of the hot tub and the ceremony!” 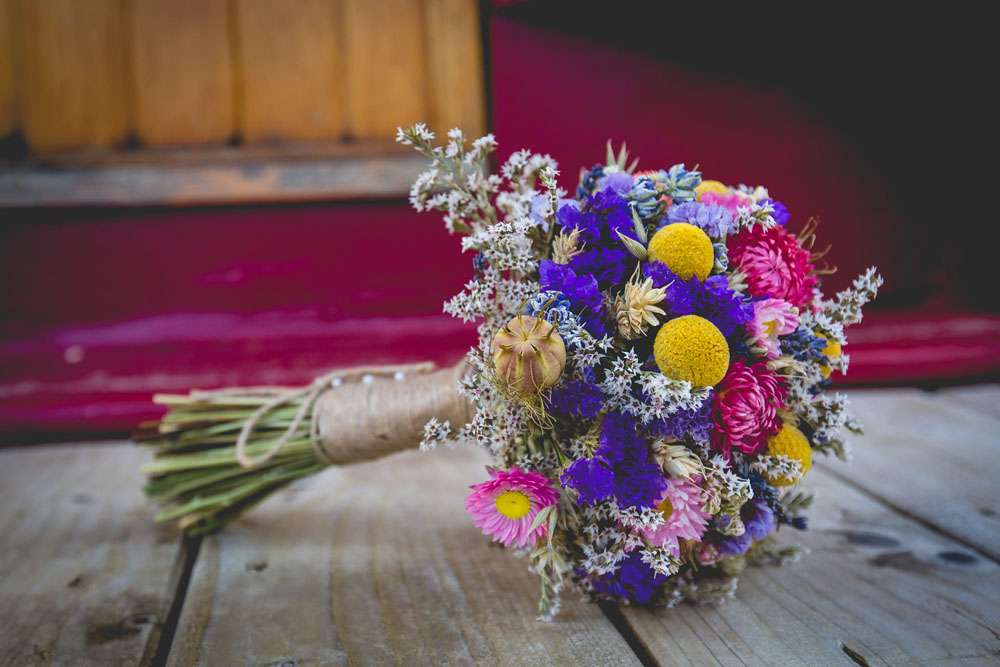 “Once we ignored what the social norm is surrounding weddings and the traditions we found it very easy to plan the wedding. Everything was in place for us at Lower Barns and the hardest part was just picking which bits we wanted. Obviously coming to the decision to not invite anyone and keep it a secret was hard, but we knew we wanted a small and intimate wedding so we know we made the right choice.” 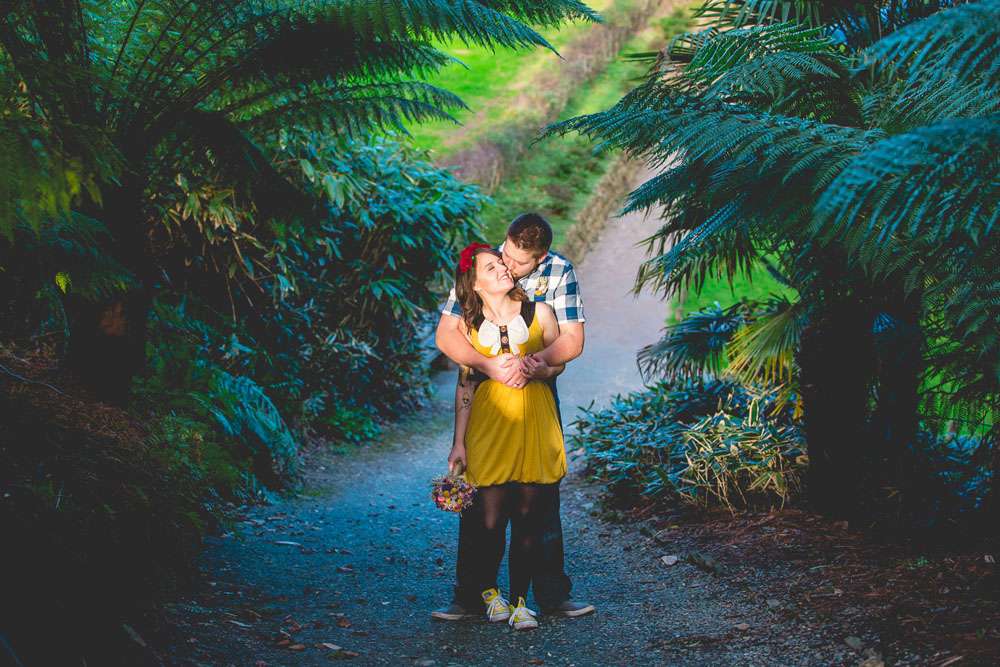 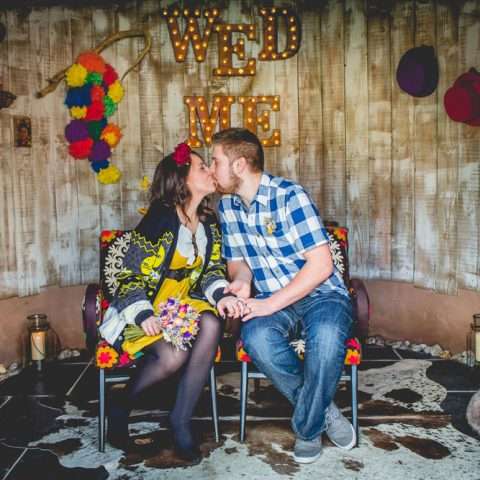 British babe Nicole met Canadian Jon at us stop in Byron Bay, whilst both travelling in Australia in 2006. He was a skateboarder and so she tired to impress him by going on it... he nudged her and she broke her ankle! Far from being a disastrous first meeting though, Jon then changed his travel plans to be with her, aww!

A Wedding of Two Halves: Jen & Steve {Part One}

It's unusual that I'll split a wedding into two parts, but as Jen and Steve had two very distinctive and very different wedding days I feel it's only fair to give both of them equal air time! Their celebrations kicked off with an intimate legal ceremony at Brighton register office... with an Elvis and Marilyn Monroe impersonators as their only witnesses!