Amy and James’ aim was to spend as little as possible on getting married. They had a small ceremony at Boho Cornwall, a venue specifically designed for elopements, on May 13th.

“The inspiration for our wedding was just to be an intimate, family occasion, just us and our baby girl”, explained Amy. “We had no guests, no speeches, no cake, seating plans or first dances. We wanted it to be as environmentally friendly as possible too so my bouquet was from locally grown flowers, my dress was homemade and our rings were recycled. Plus, rather than asking friends and family for gifts or money, we set up a JustGiving page to help our local animal sanctuary.” 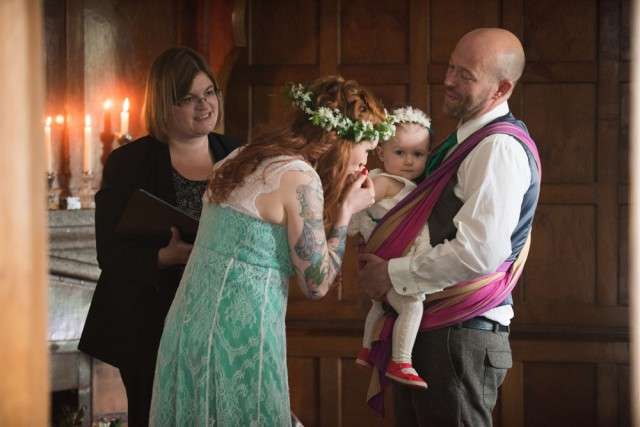 The bride’s gorgeous green dress was made by the groom’s mother. “I was adamant from day one that I wanted an emerald green dress”, she explained. “People tried to talk me out of it but I know my own mind and I stuck with it – and it was splendiferous.”

“We had both been to weddings before where all the ‘extras’ seemed, in our opinion, to detract from the core meaning of the wedding”, said James. “The union of two people was the most important thing to us. It all too often got lost after the ceremony in the endless photo line ups, welcomes, dances… not to mention it being a massive expense and headache to plan. We wanted it to also be nice and relaxed, intimate and simple.” 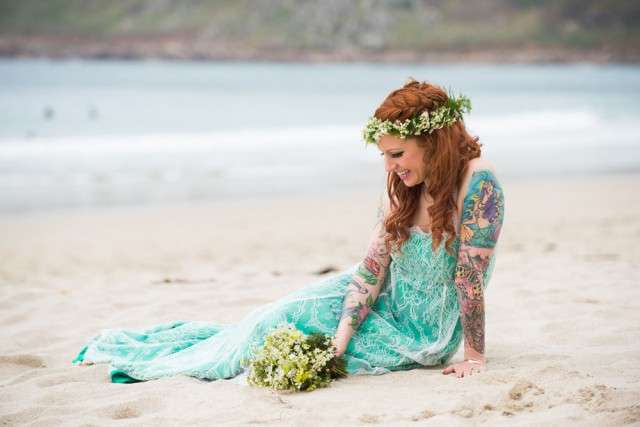 “If our wedding had to have a theme I guess it would be Cornish mermaid seaside elopement”, said Amy. “It was in Cornwall, I love mermaids and had mermaid hair, it was by the sea and we had no guests.”

One of the most significant and special moments of the day was obviously the ceremony. “As there were no relatives there to hold Ebony, our daughter, during the ceremony, James had her in the sling during the vows”, Amy continued. “She enjoyed being central to everything and she helped with the exchanging of the rings. When everyone clapped after the vows, she naturally assumed the round of applause was for her as we applaud her a lot at home when she’s being clever. It was very cute.” 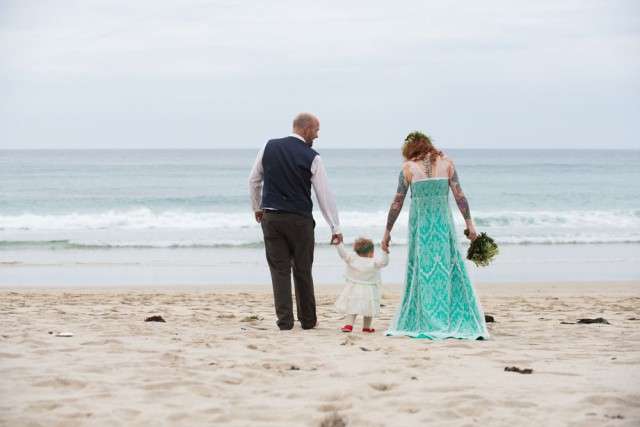 “My favourite moment was was walking barefoot on the beach afterwards with my new husband and baby girl and playing in the sand with her. I also loved the fact that after the beach we didn’t have to worry about pleasing guests. We went back to our retreat, got into our comfy clothes, put the telly on, made dinner, had a glass of champagne and relaxed, just the three of us.”

“Don’t let the wedding industry convince you that in order to have a good day, you have to spend thirty grand”, Amy advices other couples, “it’s ludicrous. And don’t let the day become about anything other than the two of you getting married. It’s not about guests, sit down meals, staged dances or speeches. You don’t have to buy your wedding dress from a bridal shop – you’re wearing it once. Make your day memorable an don’t bankrupt yourself or your parents, it’s just not worth it.” 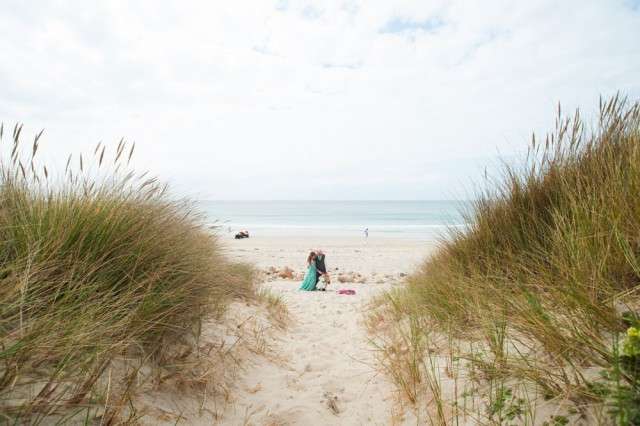 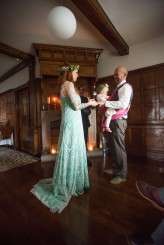 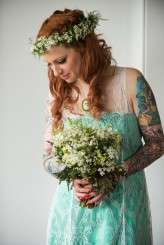 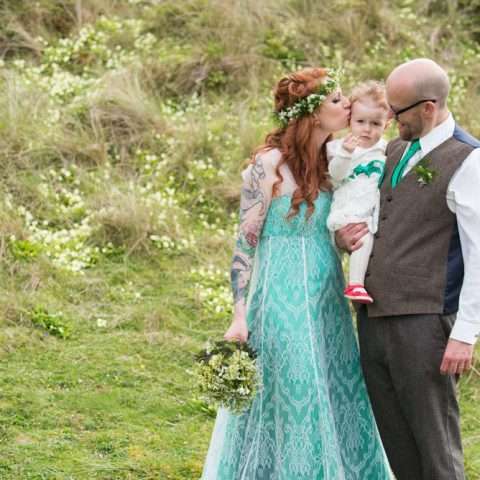