British babe Nicole met Canadian Jon at us stop in Byron Bay, whilst both travelling in Australia in 2006. He was a skateboarder and so she tired to impress him by going on it… he nudged her and she broke her ankle! Far from being a disastrous first meeting though, Jon then changed his travel plans to be with her, aww!

A laid back couple, they wanted this to be reflected in their September wedding. Although they say they didn’t really have a theme, they definitely included things that defined them such as their cats, skateboarding and their mutual love of travel. “We included anything we loved such as a big photo of our kittens at the ceremony, a half pipe and a trampoline at the reception venue”, explained Nicole. “We also did some photos at the local Sainsburys!” 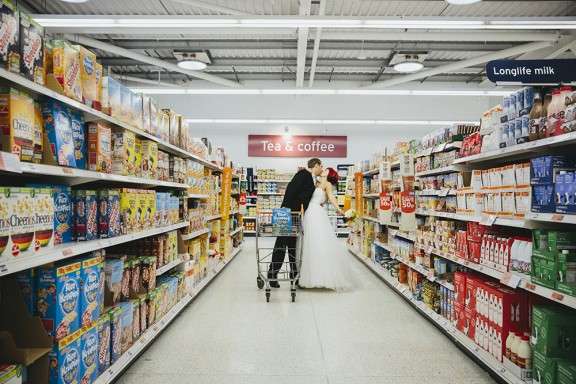 “Everything was very personal. We painted the name of each of our guests on stones we had collected from Fistral Beach near our home in Newquay. We tied ribbons on 100 jam jars we had collected from our cafe, The Beached Lamb Cafe. Instead of traditional champagne or Pimms as welcome drinks we had bath tubs full of beer.” 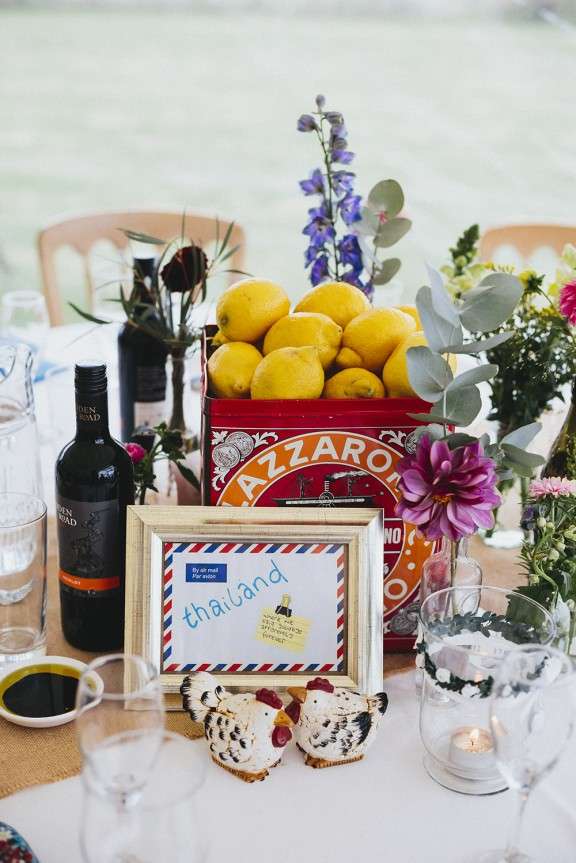 “Each table was the name of a country we have travelled with a little story of something that happened to us whilst travelling there”, she continued. “Jon and I sat at a sweetheart table on our own rather than a top table, which was very sweet. We dedicated one day a week (wedding day Wednesday) to planning the wedding over about 6 months.” 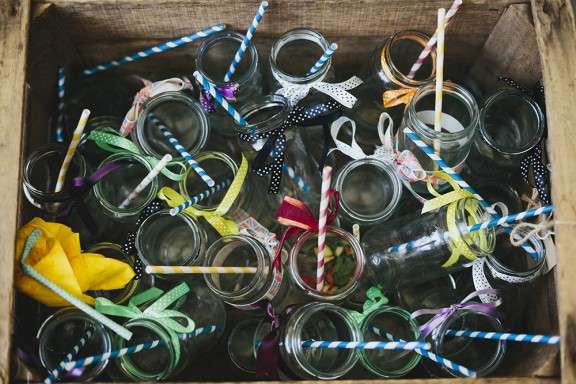 The wedding day wasn’t all smooth sailing, although a mini drama wasn’t enough to stop this party! “An ambulance was called at 8pm when a guest (Maria) sprained her ankle on the trampoline and had to go to hospital! It could of been as disaster but we used it as an awesome photo opportunity!” 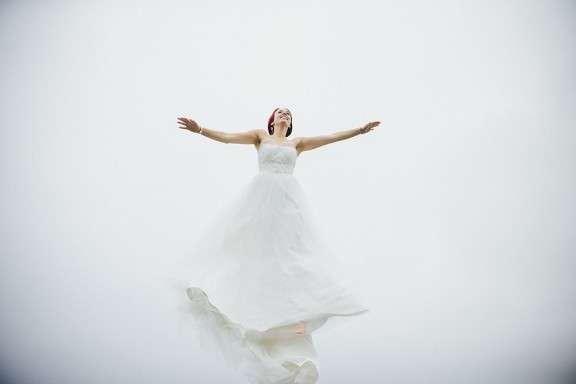 “I was surprised by how much I enjoyed the actual ceremony!”, she said. “I was walked down the aisle by my Dad Glenn and my stepdad Ken, to my favourite song in the world, ‘First Day of my Life’ by Bright Eyes. We had readings by friends and the vows which we had written were quite funny and were read out by a good friend. We had a big photo of our kittens Orla and Nibbles on display and the whole thing was so relaxed and funny.” 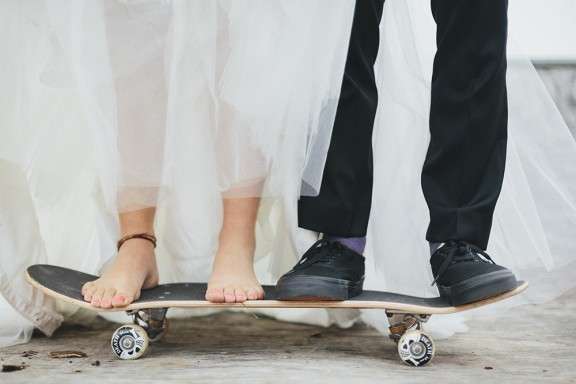 “The only thing I’d change is that I wish we’d had a videographer”, she concluded. “I also wish I had started on our DIY projects the little things earlier! My advice to future brides and grooms is to delegate! Everyone wants to help so get people helping! Make sure your bridesmaids take care of any problems on the day and do not stress about the little things.” 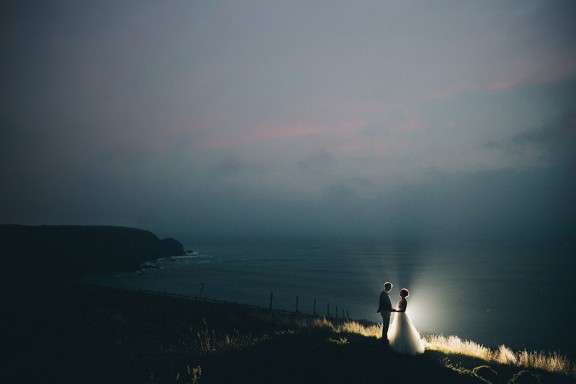 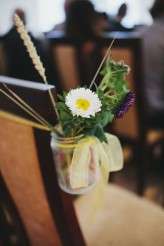 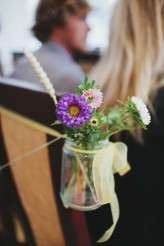 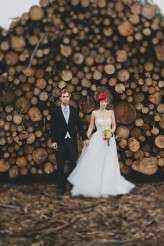 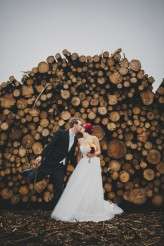 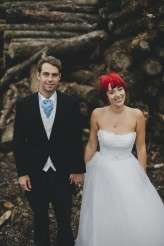 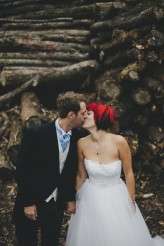 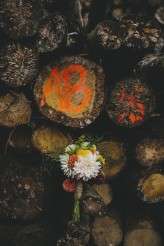 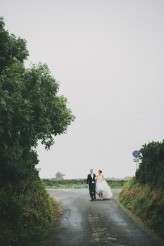 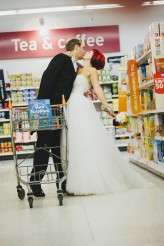 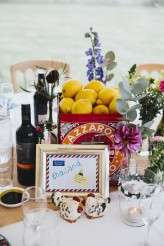 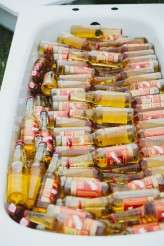 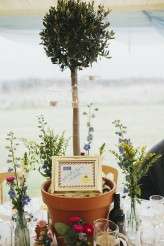 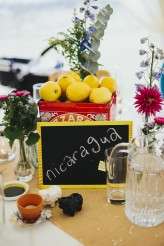 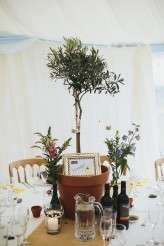 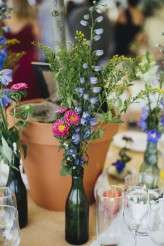 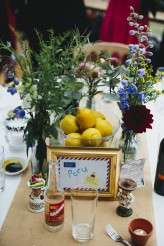 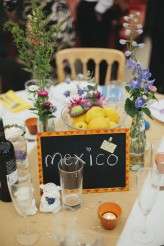 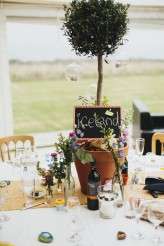 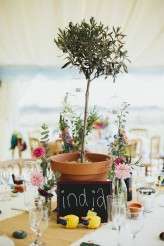 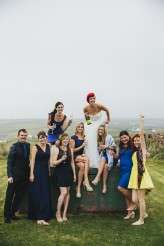