Matt and Laura, who met at University, went for a dark botanical theme for their London wedding. They were inspired by their reception venue, The Islington Metal Works and used their prop store to source a lot of the decor. They also brought in lots of things from their own home (and the homes of their friends and family!) and handmade what they could. The DIY projects included their wish tree for guests to write on, and even the cabinet where they placed the wedding favours. They were collection of personal trinkets and curios that they’d bought from various flea markets in Berlin and San Francisco that would suit each guest. Guests were invited to look through the cabinet and find the one with their name on to take away – talk about going the extra mile am I right!? All-in-all this was one hell of a cool and creative event. 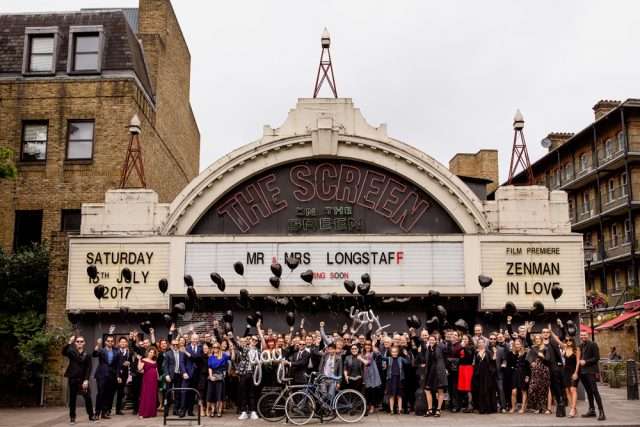 “After a lot of Pinterest moodboarding, we settled on ‘Dark Botanical’ as a theme”, they began. “Our boards were full of our love for designers like Alexander McQueen, who used atmosphere and sophisticated drama to create moods, colours and textures that combined imagination with an appreciation for natural history and antique curios. We wanted a strong connection to nature to embrace a more humanitarian celebration of love over a religious one.”

“We have always had a flair for the darkly dramatic, avoiding ‘gothic’ styling but embracing alternative styles of self expression. Our wedding aimed to be a deconstruction of what a wedding could be and then rebuilding it in our personal style, but in a way that everyone coming could also embrace and join in with.” 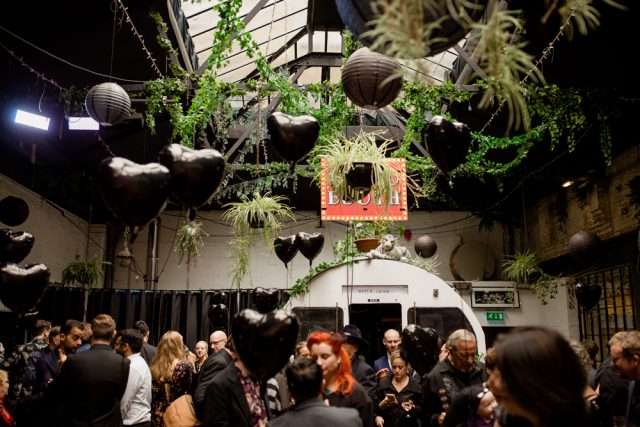 They wanted to make sure their wedding felt right for them, so they messed with tradition and turned a lot of ideas on their head. “From persuading our ceremony officiant to break from her usual script and add a few jokes to the ceremony, to a black heart balloon procession through Angel Market to confuse tourists – the whole day was designed to be a spectacle and a celebration of friends coming together from all over the world. We also got a lot of help from friends whenever we could rather than bring in professionals; this gave the wedding a real unique and personal touch. One of Laura’s bridesmaids learned how to bake cakes just to do the wedding cake and many musician friends volunteered to play music for us as wedding presents. This made our entertainment really varied, from acoustic covers to original work and Berlin-style techno craziness!” 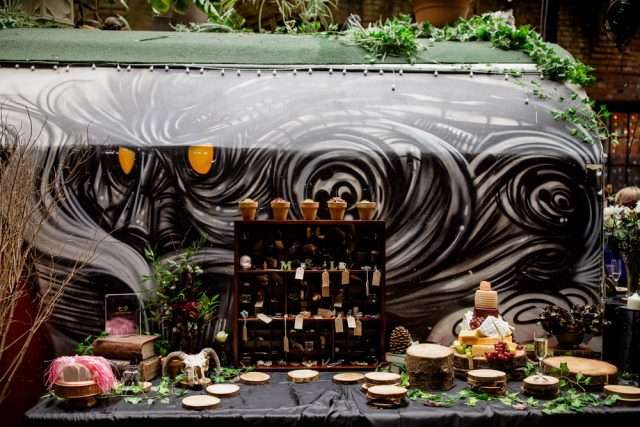 The day began with a ceremony on stage at the Screen on the Green, an independent boutique cinema. “We took full advantage of the cinema venue we’d found”, they continued. “As people entered the venue we had a slideshow of some of our memories from our relationship projected onto the screen. While guests grabbed boxes of popcorn and settled down we played a countdown to the start of the ceremony, so everyone knew when to stop mingling and find a seat. The best man, Andy, then used the projector to do a pre-ceremony speech, accompanied by his own photos and some original illustrations he commissioned for the speech.” 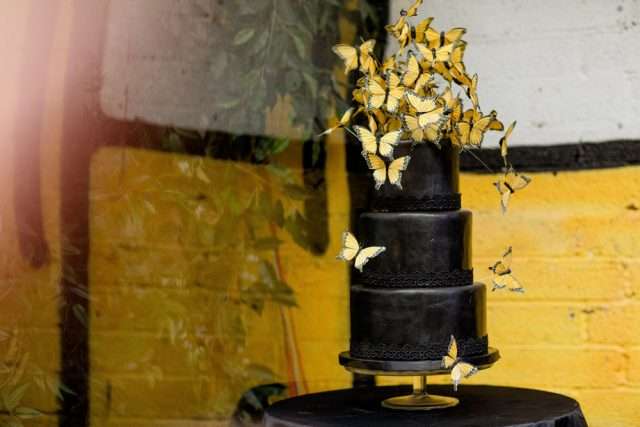 “After that we showed a short 10 minute film we’d made for the event, where we had taught an AI how to write romantic comedies and got it to write us a script which we then acted out on camera. Then it was time to take things seriously. Laura came down the aisle led by her Father to an a capella version of Queen’s Somebody to love, which made quite an impression in the large, echoey venue. Our officiant was friendly and fun and read all the little jokes we had put into her official script without complaint. Matt’s mum and Laura’s dad read passages and the rings were exchanged. Then, to return us back to the party spirit, we spent our last hour in the cinema using the projector to play Street Fighter 5 on an epic scale before heading on to our reception venue!” 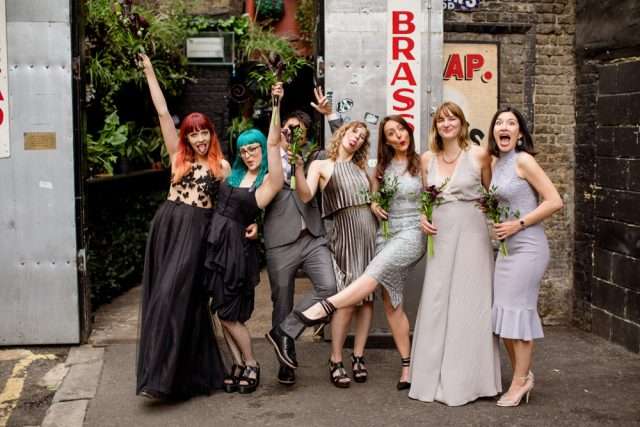 Overall, their biggest single cost was their reception venue, but that also included catering, staff and all the PA equipment. They saved by having lots of help from friends and family (particularly with the entertainment and music). “Being professional creatives, the best thing about planning our wedding was that it was a fantastic opportunity to work together to
making something that captured the essence of us”, they concluded. “With Matt’s hustle and Laura’s attention to detail, we aimed for a big performance that fortunately went off without a hitch on the day. There were a few things we ended up forgetting about and improvising on the day, like the cake cutting – which we should have rehearsed at least once – but in the end it really didn’t matter!” 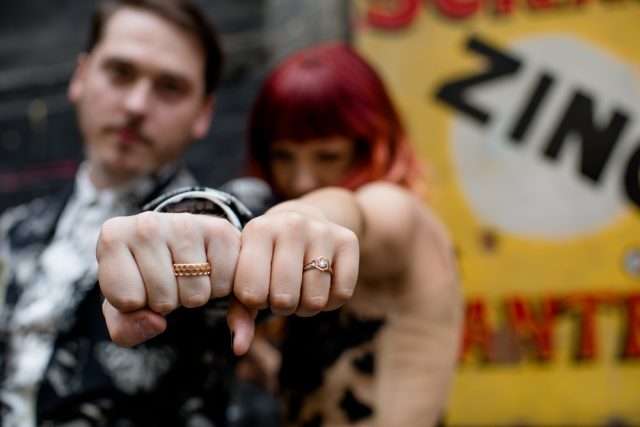 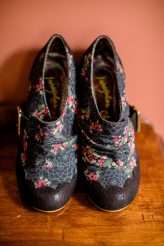 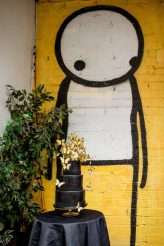