Gigi and Fredrik had a big family celebration in San Diego inspired by the bride’s Mexican heritage and love of mid-century modern design.

“I selfishly declared that the feeling of our wedding should be mid-century Mexican”, she began. “I’m Mexican but he’s Norwegian and not as much into mid-century design as I am, but it was an ace theme! We wanted to mix the styling of the 50s and 60s (heavy on the Palm Springs vibes) with the vibrancy and richness of Mexican culture. I was inspired by Mexican films from the period and vintage travel posters.” 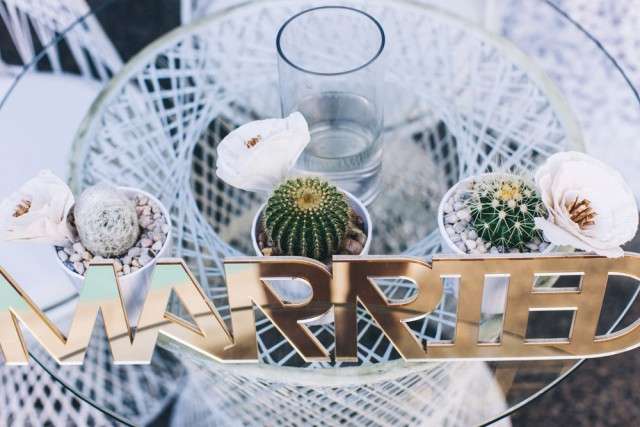 “On a more personal note, the theme was also a way for me to be able to nod to my Mexican heritage on my mom’s side, and to also honour my relationship with my late father.”

Their ceremony was officiated by a friend. “Maybe the best idea that I ever had was asking Lauren to officiate the ceremony”, she explained. “We don’t know any official officiants and I just couldn’t bear the thought of a stranger performing our ceremony. We knew we wanted something non-traditional, but also personal. She asked us questions (separately) in order to weave the answers throughout the ceremony – which made for many surprises and delights. When the guests arrived at the church, they were greeted by mariachi’s all dressed in white. They were so great, I wish we’d had a videographer!” 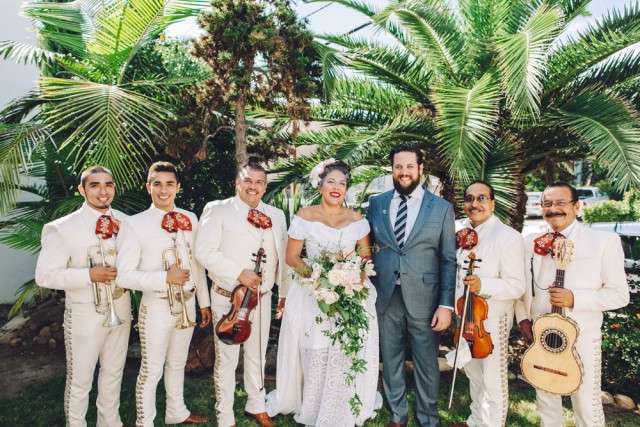 The reception was held at The Pearl Hotel, San Diego. “We had originally considered a different hotel as we had stayed there a couple years back and Fredrik really liked their Huevos Rancheros (which in our family is as good a reason as any to have your wedding there). However, when we really thought about it, we really wanted to have a place to ourselves, where we could build our own happy place and fill it with all the people we love. The Pearl really allowed us to do that and to make it our own.” 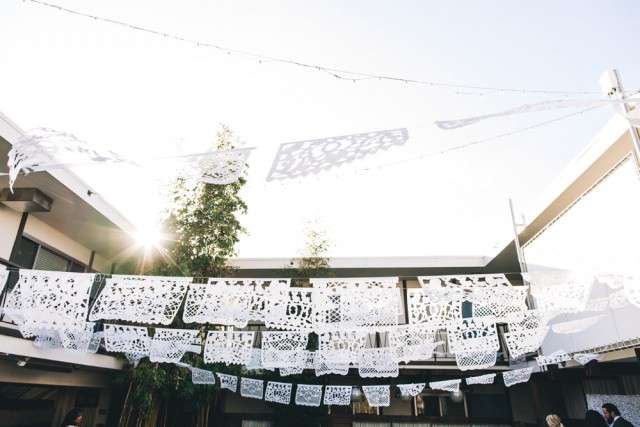 “At the reception, we had old black and white Gene Autry movies playing on the outdoor movie screen – my father and I used to go to the Gene Autry museum all the time. It’s one of my favourite places in the world. It was also a nice way to honour my father without having anything too obvious.” 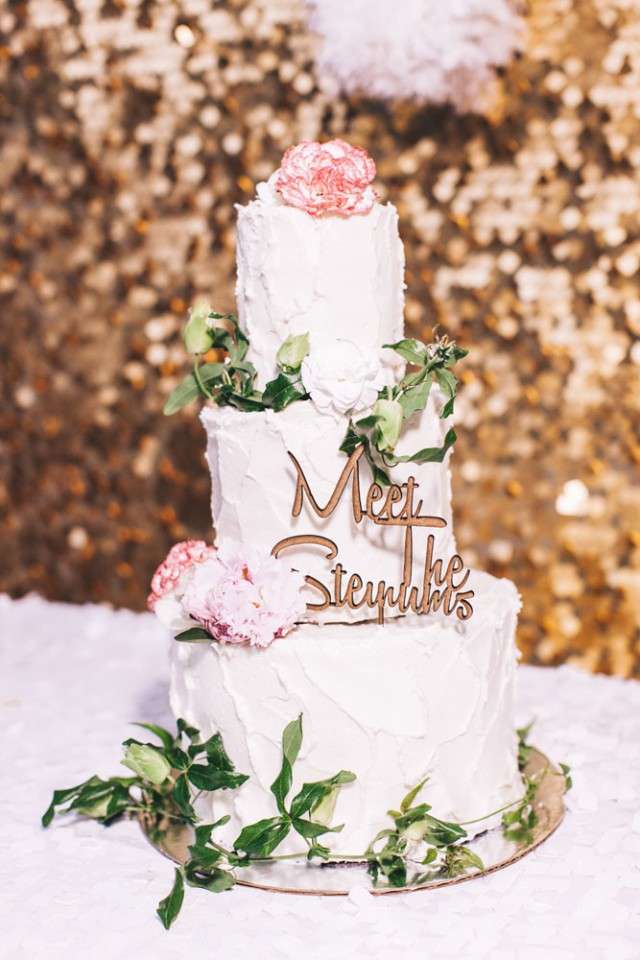 “When we came to planning, we didn’t really try to be unique, but we also didn’t do anything we didn’t want to do.  We walked down the aisle together, we had a self-serve taco buffet, we refused table cloths (shock horror!) Fredrik and I just brainstormed and asked ourselves, ‘What is the perfect party?’ We wanted it to be celebration of two rad dudes who have been being rad for eight years and we wanted the opportunity to share a rad time with our friends and family.” 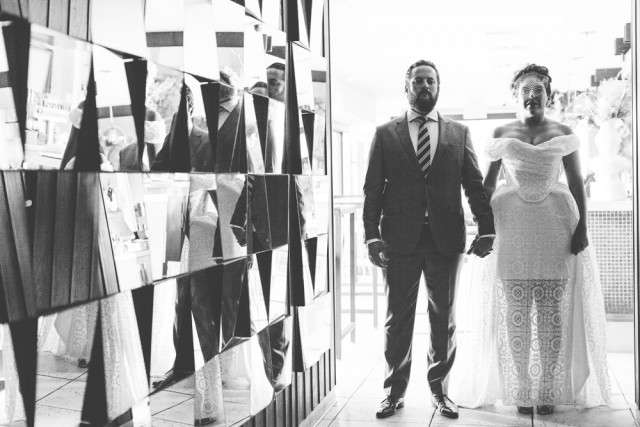 The bride wore a one-of-a-kind dress made for her by Beyond Burlesque, based in the UK, who she worked with over email. “I am obsessed with couture and garment construction, and to me it was go big or go home. I wasn’t going to rock up in a bias-cut slip dress. I was gonna show up like a gosh darn modern day, Mexican Queen Elizabeth.” 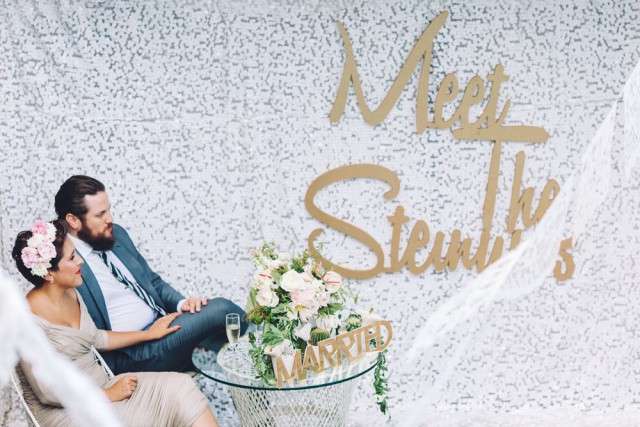 “My final thoughts to any future brides and grooms would be that our wedding and it was exactly the way it was supposed to be… and it was never going to be anything other than that”, she concluded. “I mean that in a really positive, zen way. So just go with it! While I understand that weddings are a family affair, it really is about you two, and if you are uncomfortable or not sure of anything, don’t do it. Do what makes you happy!” 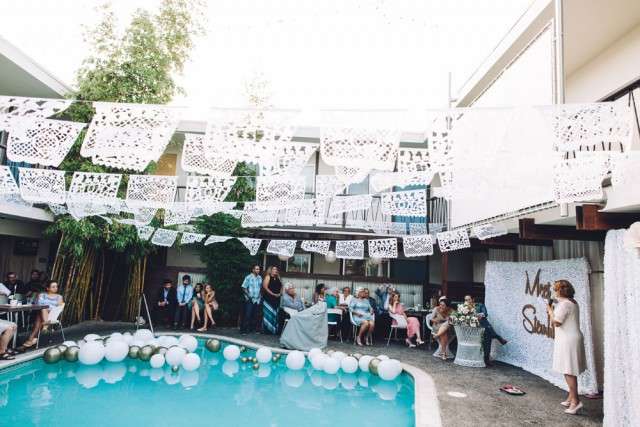 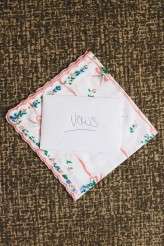 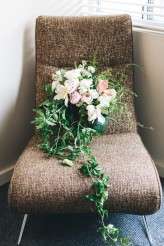 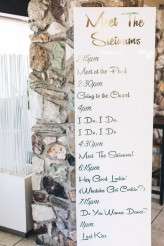 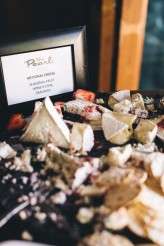 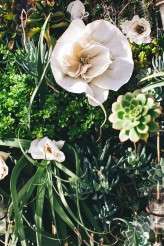 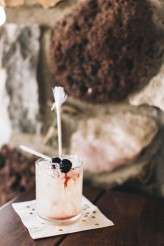 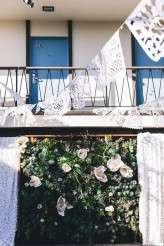 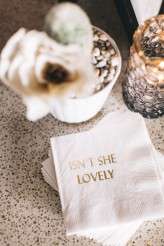 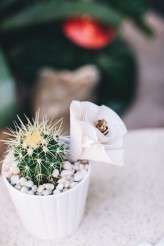 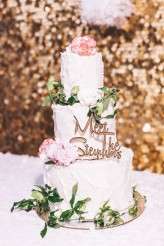 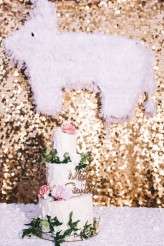 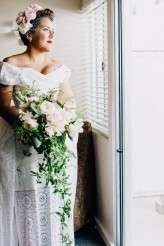 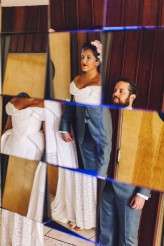 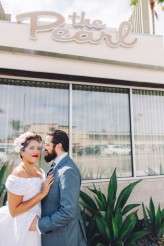 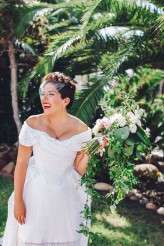 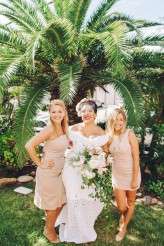 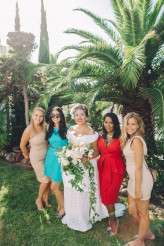 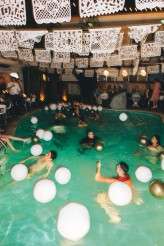