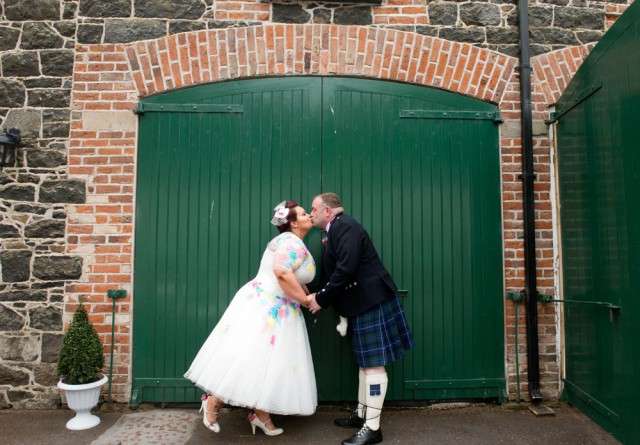 Caroline might just be the world’s biggest Hello Kitty fan, so when she married Daniel in June, there was only one theme she wanted! They were married in Northern Ireland and the first thing they organised was her dress. 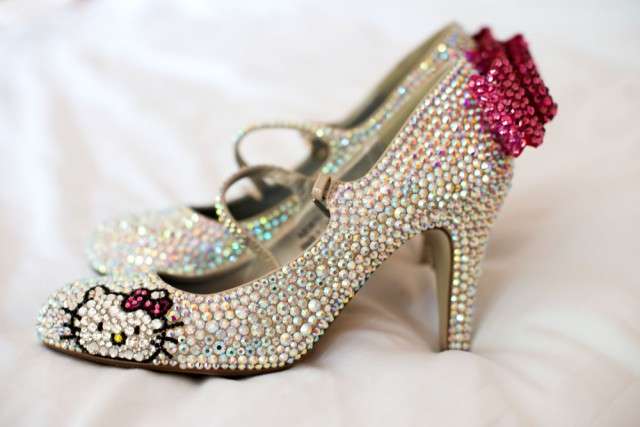 “I never really thought I would get married, so I literally had no idea where to start”, she said. “I had a lot of personal battles to get through before the big day arrived, mostly about how I see myself. I have always been overweight and I’ve had my confidence knocked. I knew I would never be the typical beautiful bride, but honestly, planning the wedding helped me so much overcome my fears and I learned to embrace who I was.” 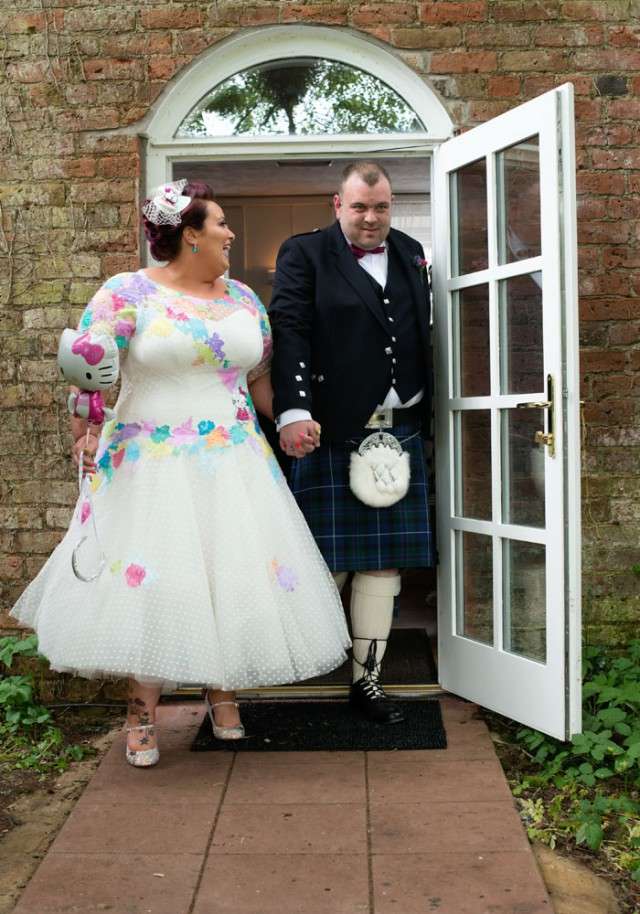 Caroline’s incredible dress was made for her by Jo at The Couture Company. “As soon as we were engaged the fear kicked in about the dress – Where would I go? Do bridal shops stock plus size? Will they look down on me for being this size? I had so many things running through my head I literally didn’t know what to do. I had a horrible experience at a wedding fair where I left in tears because all the dress vendors completely ignored me. They were handing out leaflets for their boutiques and they just bypassed me completely. I felt so deflated I decided to have a look on the internet.” 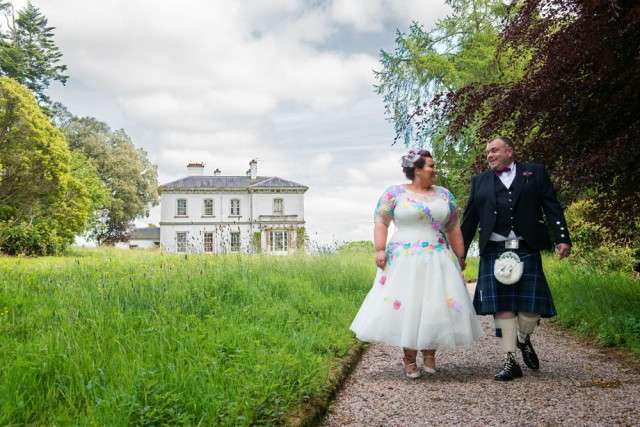 “After hours of trawling, I came across The Couture Company and I was so impressed with their dresses. However we live in Northern Ireland so I figured it would never happen… but after talking to my parents and Daniel, I plucked up the courage to contact Jo and I’m so glad I did. I cannot thank her enough for making and designing my dress. She have me so much confidence and made me feel beautiful which I never thought was possible. It was totally worth all the flights over to Birmingham!” 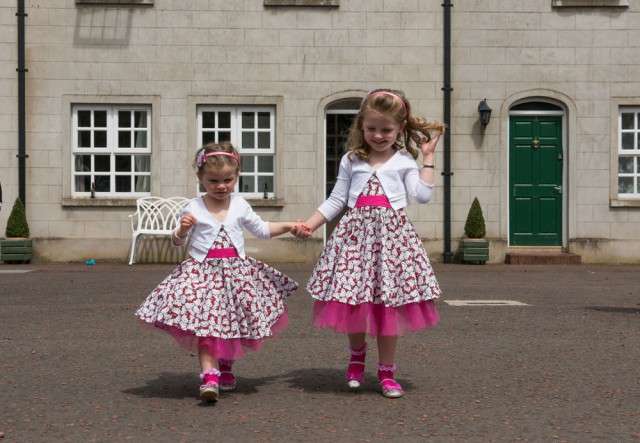 Once the dress was organised, they started to plan the rest of the wedding. “We didn’t want the traditional hotel wedding we wanted a relaxed fun atmosphere with our family and friends”, she said. “We wanted to make our day fun for all our guests. I am a huge Hello Kitty fanatic and so I wanted to incorporate her in the day too. I had Hello Kitty on my dress and I carried a Hello Kitty balloon! She was also on my headpiece, which Jo also made, and my shoes. Our cake toppers were also Hello Kitty and we had character cookies. I was aware some people thought it was tacky but I didn’t care! its who I am, I even have a big Hello Kitty tattoo on my back!” 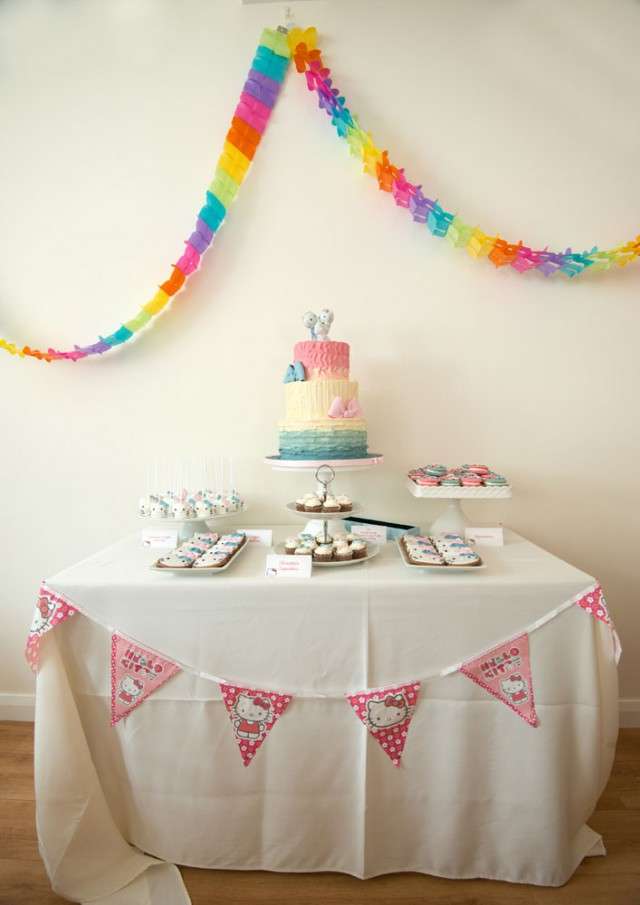 “My favourite part of the day was seeing Daniel’s reaction to me all dolled in my dress”, she concluded. “He teared up and the moment I saw him I relaxed and felt fabulous. I was even enjoying getting my pictures taken when usually I’m the one hiding in the back.”

“If I was to do it all over again I would definitely leave the stress at the door and I would tell myself to stop worrying about my weight and how I will look. I would embrace who I am!” 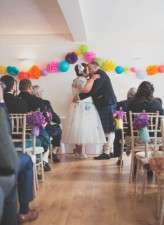 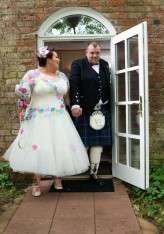 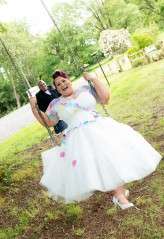 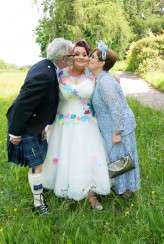 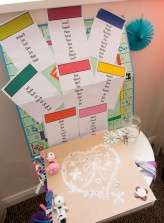 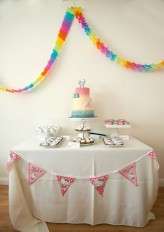 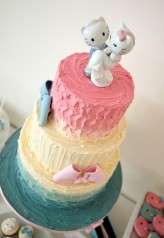 Jane and Andrew were married in Lissanoure Castle in Loughguile, Northern Ireland. Their day was eclectic from the start which began with the most unusual, but weirdly perfect, inspiration! "Jane found a couple of starting points for the visual style of the wedding early on", Andrew explained. "Firstly this photo of Gram Parsons wearing his amazing white cowboy suit with bold coloured leaves and flowers, and an Alice Temperley dress called the Long Eliah Flower Show Dress. Things evolved a long way from there. We used Pinterest to develop ideas with Jane's sisters and our lovely designer friend Kat Flint. In the end we had a lovely jumble of different bold colours, with some white and neutral tones from brown paper and hessian."

Holy crap!" was the only thought I could muster when I first laid eyes on Brenda & Butch's Belfast wedding. That necklace... that dress... THAT CAKE!! Prepare to get hearts for eyes as you browse through this one...

Tams & Richie were married in County Wicklow, Ireland, in March. Their day was both glamorous and laid back, with a fun-filled festival theme. "We had been bashing our heads against a wall trying to think of a 'theme' for ages, and we landed with Old Hollywood Glamour", began Tams. "I was doing all of the invitations, props, design, look and feel myself, and I began to get really uncomfortable with the whole Hollywood theme and when people started referencing The Great Gatsby, it really didn't settle well. It’s a beautiful, stylised theme and I envy anyone who can pull it off, but it just wasn't us."