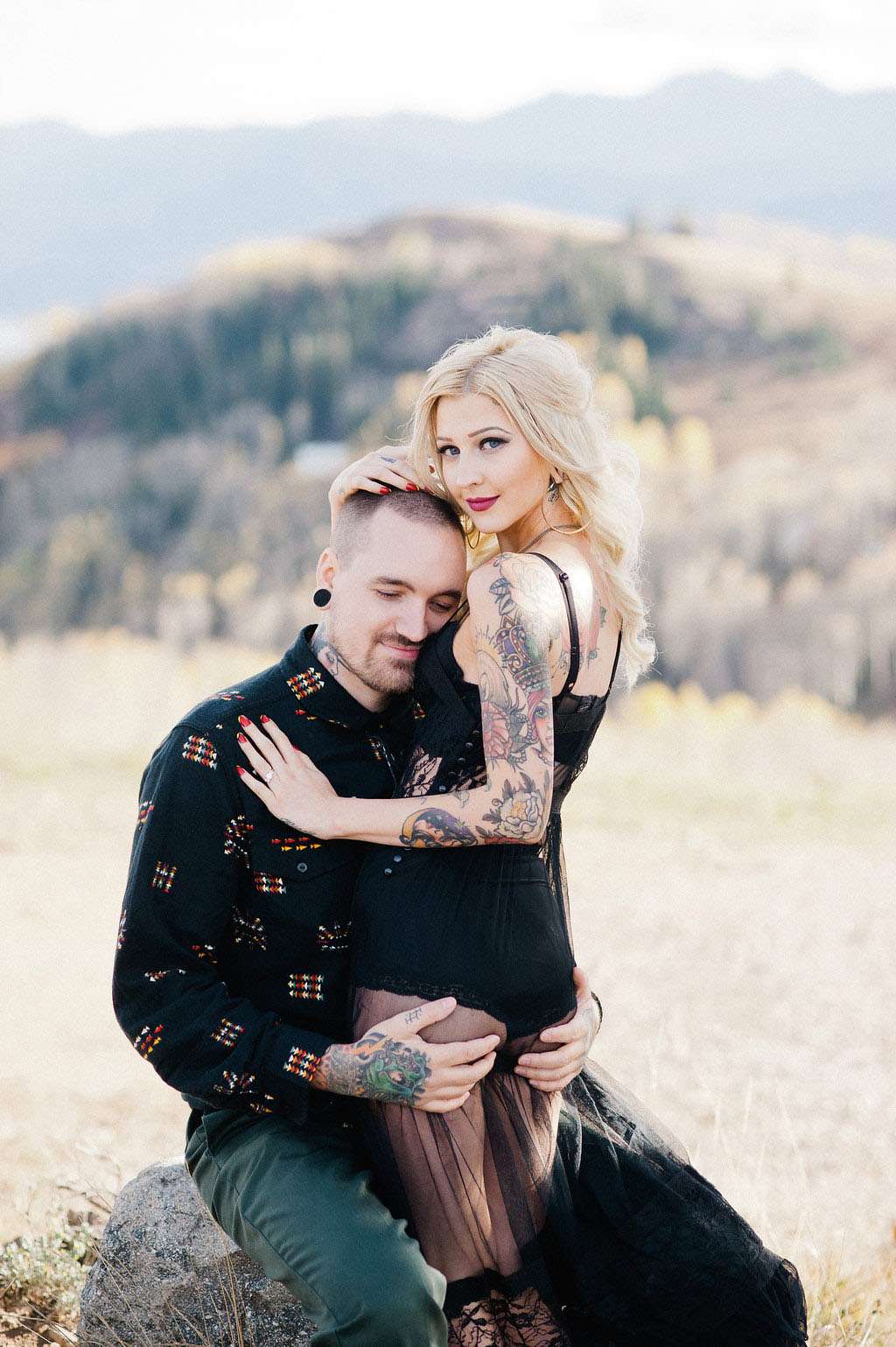 Brittany and Dave engagement shoot gives me all of the feels! I very rarely featured pre-wedding sessions, but this one is so awesome I couldn’t help posting them anyway. What a bunch ‘o babes! It also can’t just be me that thinks Brittany looks exactly like Christina Aguilera right? 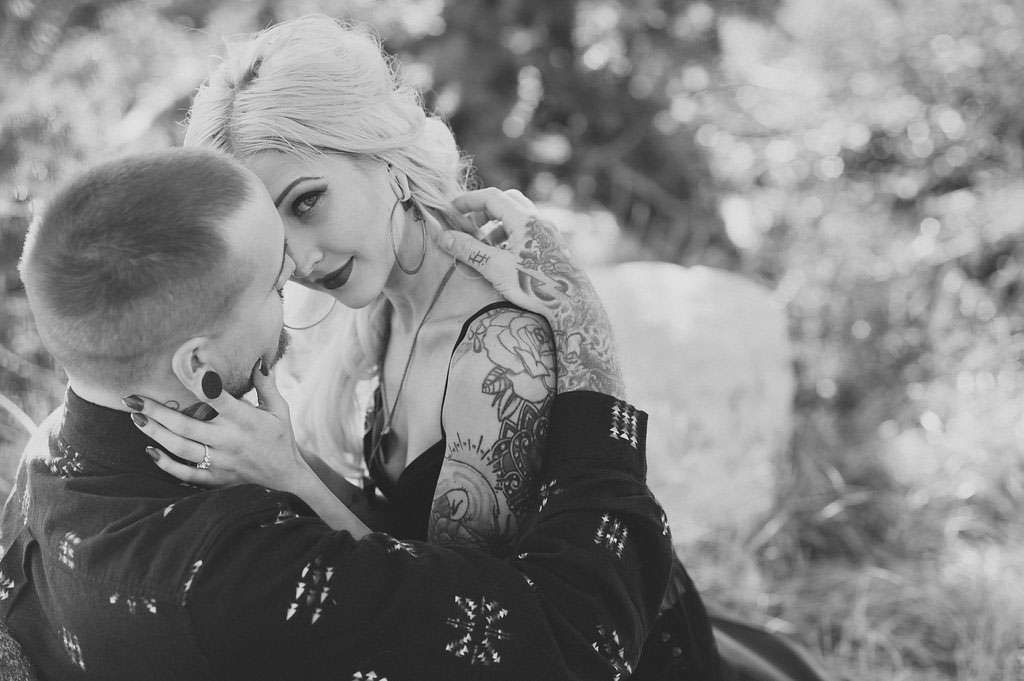 “Brittany and Dave are just these super hip and laid back people”, said photographer Amy. “They have an edgy side but wanted a more earthly feel for their images. What better earthy place than on a mountain top in Utah?” 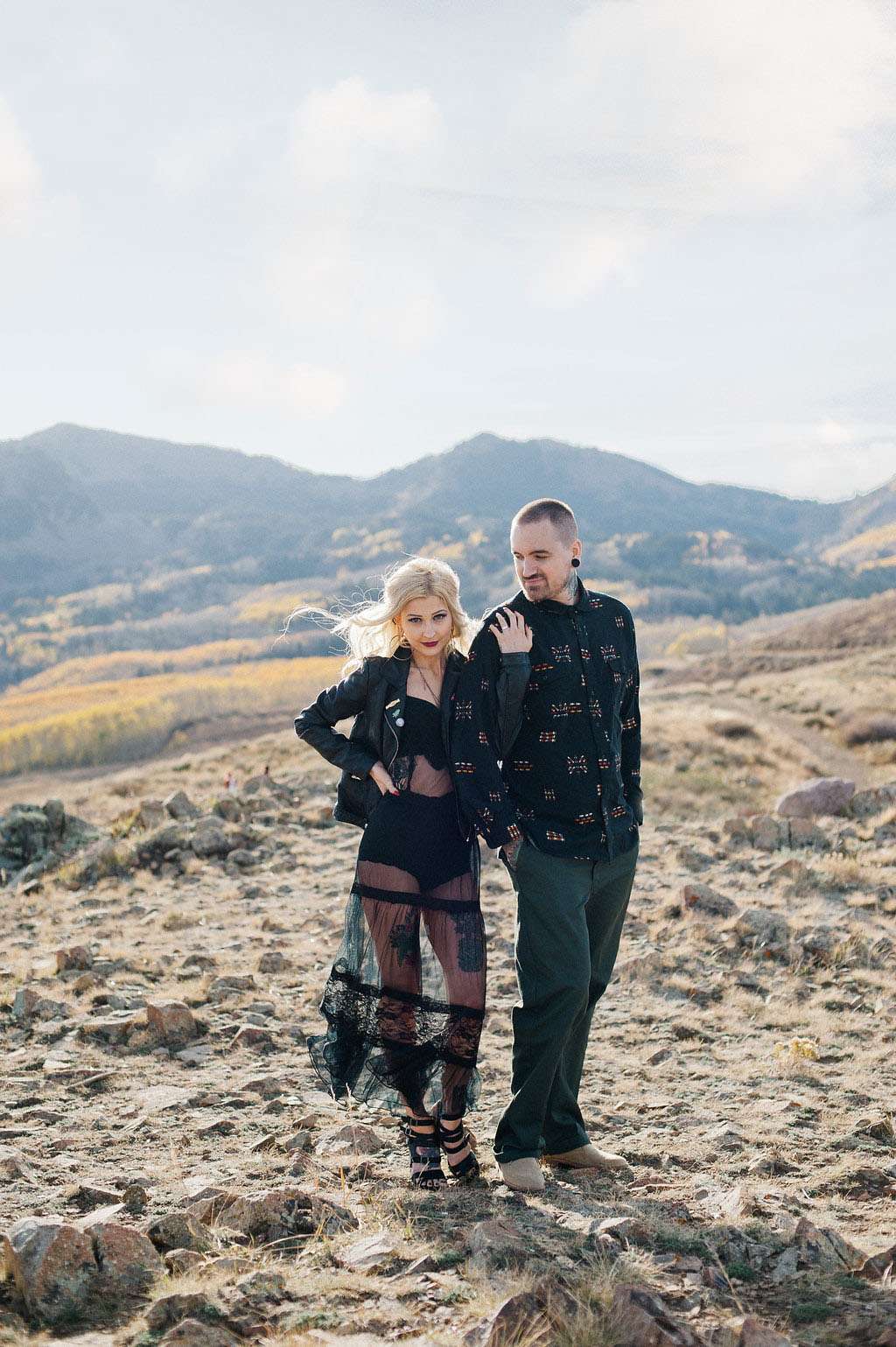 “For Brittany’s outfit, we wanted something that showed off her personal style, would be pretty in the blowing wind and showed most of her tattoos. The black, lingerie style dress is from Forever 21 and she wore her own underwear underneath.” 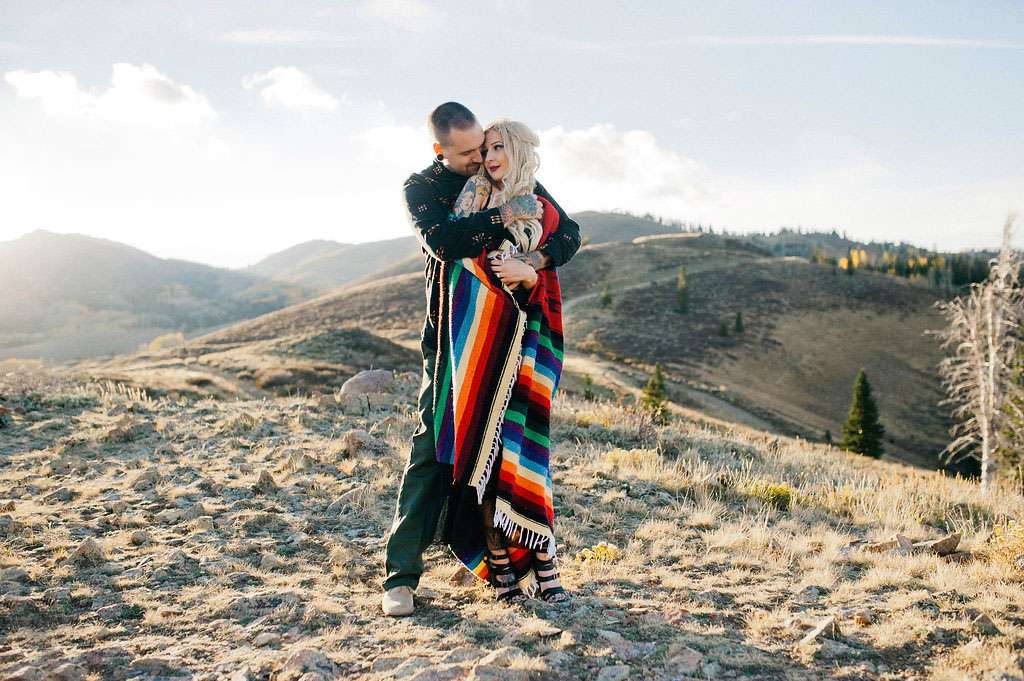 “It ended up being FREEZING cold that day and she had brought the leather jacket and the Mexican blanket was something I had in my car that I had brought for her to warm up in between shots and we just rolled with it in the photos.” 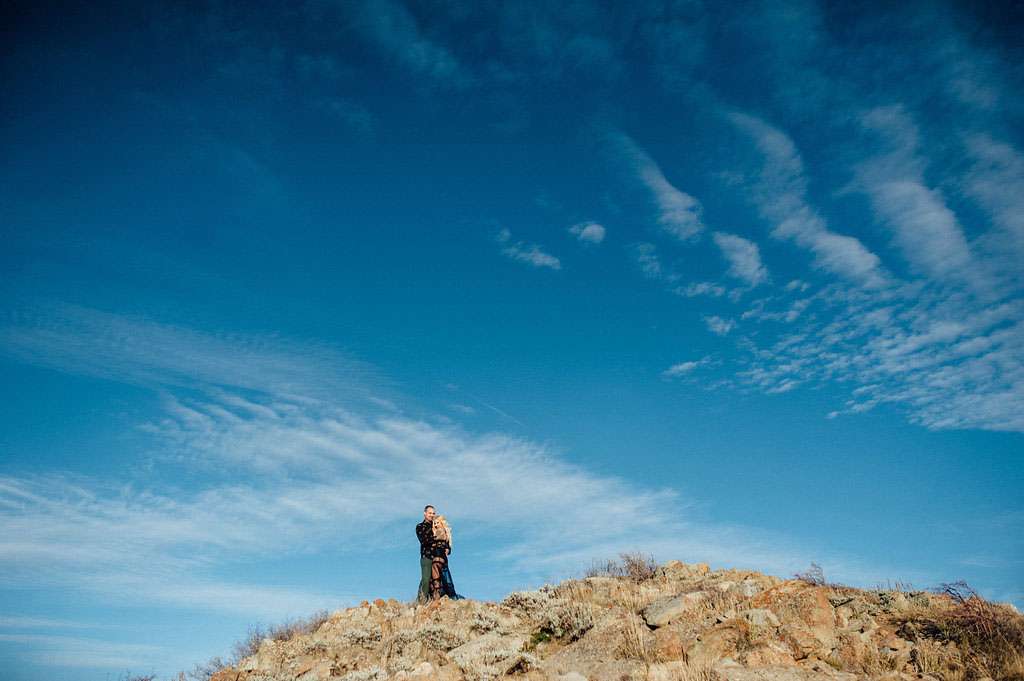 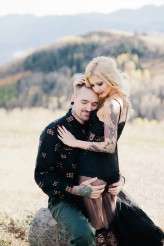 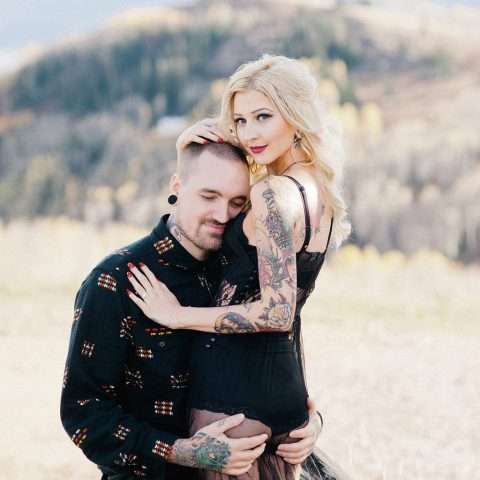 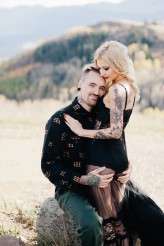 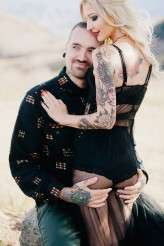 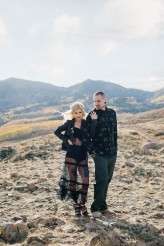 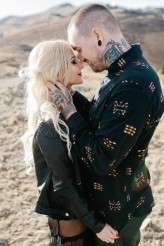 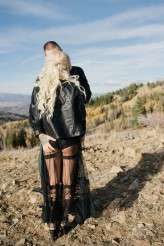 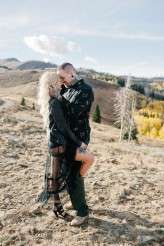 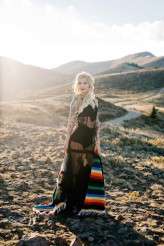 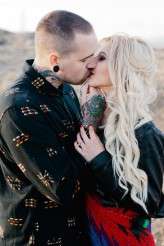 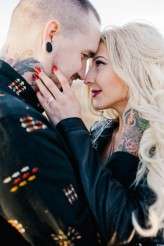 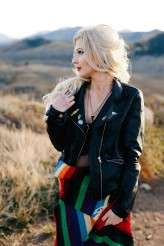 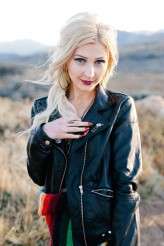 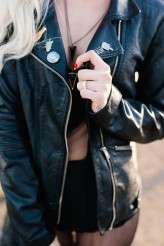 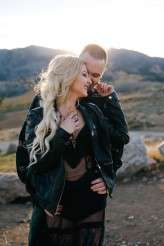 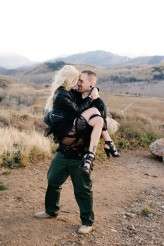 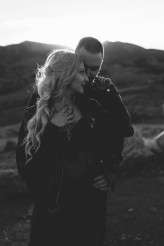