Samantha and Gary’s destination wedding was held at Casa Monte Cristo on the Western Algarve coast. They hired a villa where they stayed for the week before the wedding too.

“We had always wanted an outdoor wedding but me being from Ireland we knew that would be too much of a risk to do it there!” explained the bride. “We decided very early on in planning we would have a destination wedding.  We choose Portugal as it has always been a favourite family holiday for me growing up and we also wanted to pick a place that wasn’t too expensive for guests to travel to and stay.” 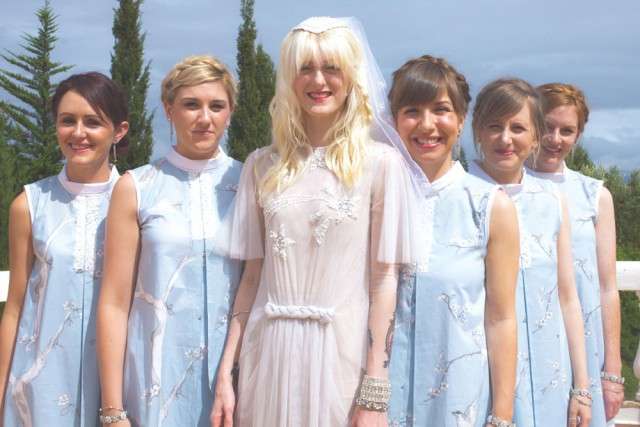 “As the wedding was going to be completely outdoors, we decided on a picnic party theme with blankets and balloons and games for the guests play. It was also important to us that the whole day be held at the same place, so that guests could really enjoy the day and not have to worry about getting from one place to the next.” 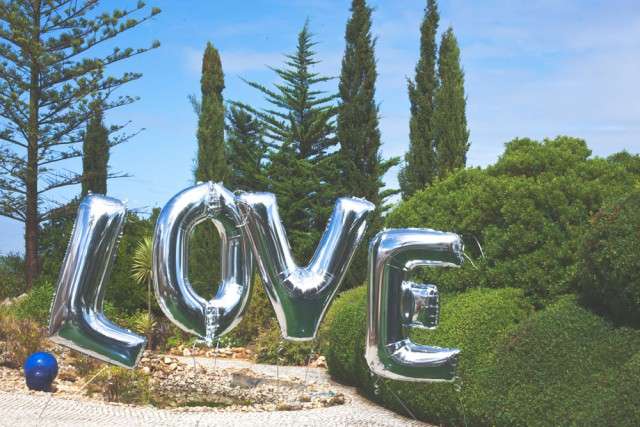 “After the ceremony everyone was playing frisby and board games and then in the evening we had a BBQ”, she continued. “The tables had painted pineapple centrepieces, which we made the day before. It was very easy and gave the tables that relaxed summer holiday vibe. The name cards were paper planes. These turned out to be a great addition as the minute the meal was over people had paper plane fights!” 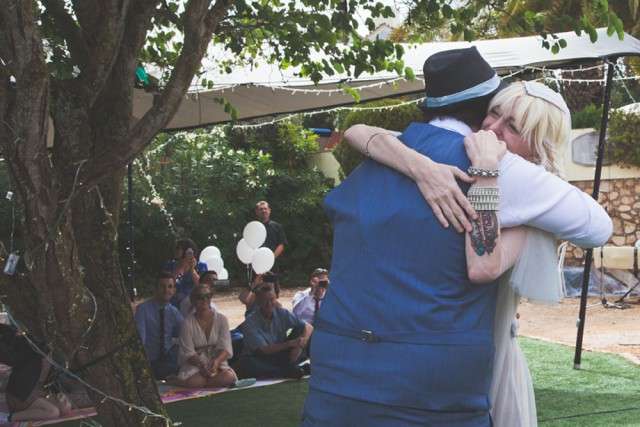 The bride is a fashion designer so she made her own amazing dress! “We did a lot of DIY for the wedding which saved us tons of money” she explained. “The main thing I saved on was my dress and my five bridesmaids dresses as I was able to make them all. It was really special for me to be able to make them and it was very rewarding for me to see them all together on the day. The hardest part about making my dress was trying to decide on a final design! I knew I wanted a Rock n Roll or bohemian style so I tried to mix both together and came up with a flowing loose silhouette, that I could dance and feel comfortable in. It was made from a pale grey tulle fabric that was sheer to reveal a short slip underneath. It was really light and airy. I finally finished it off with white sequin and beaded star patterns just because I really love stars and wanted sequins on it somehow. The bridesmaid dresses were cute sixties style tent dresses, with a beautiful tree and floral pattern on a blue cotton.” 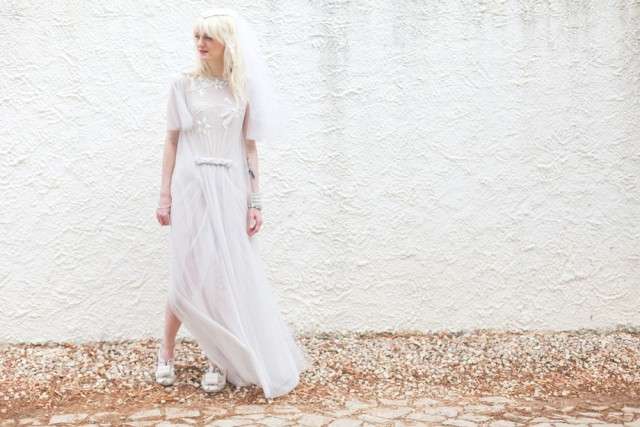 “My favourite part of the wedding was the ceremony”, she concluded. “It was so personal and emotional. I will never forget how wonderful it was. We had both our dads do their speeches during the ceremony too, hoping to make it more personal and break the speeches at the meal up a bit. It ended up being a great idea and it just added to making the ceremony our own. I also said a few words which was so nerve-racking. I had to force myself to do it but I’m so glad I did. I was able to share words about Gary and my parents that I would never had the chance to do again. My mum passed away a few years ago, so sadly she was hugely missed on the day, but we included her so much in the ceremony. The best man sang her favourite song, I spoke about her and my dad did also. it was so incredible to feel like she was a huge and important part of the day and it helped me through the day without her.” 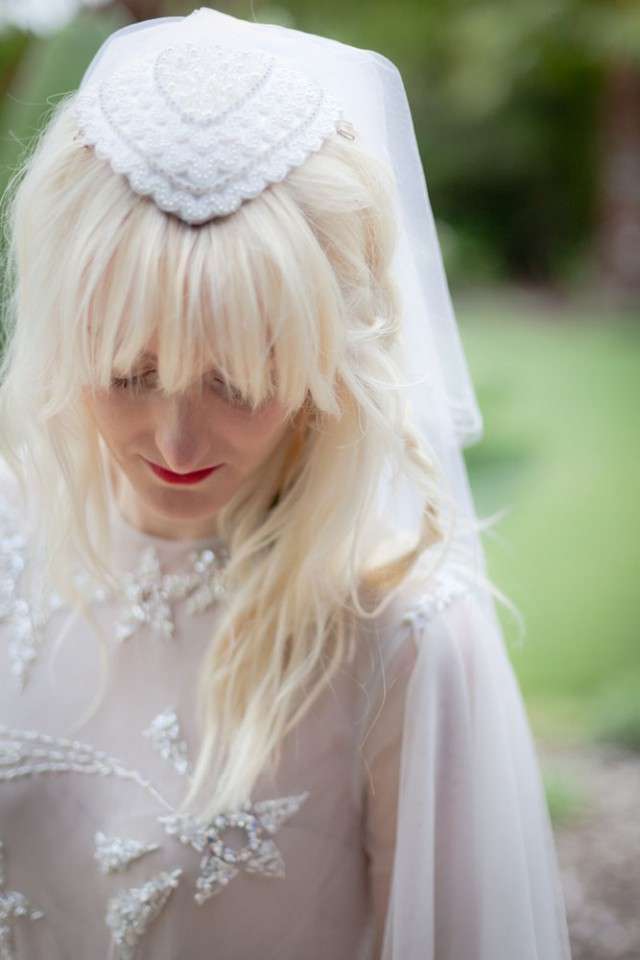 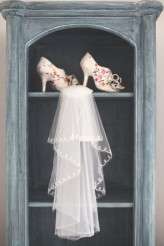 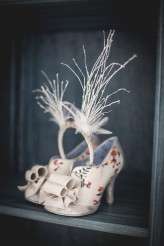 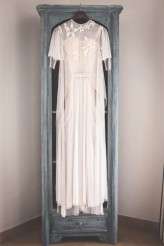 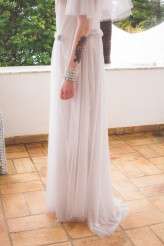 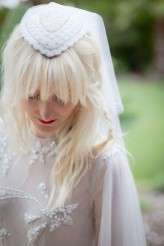 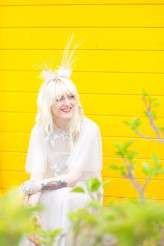 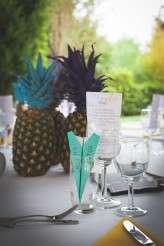