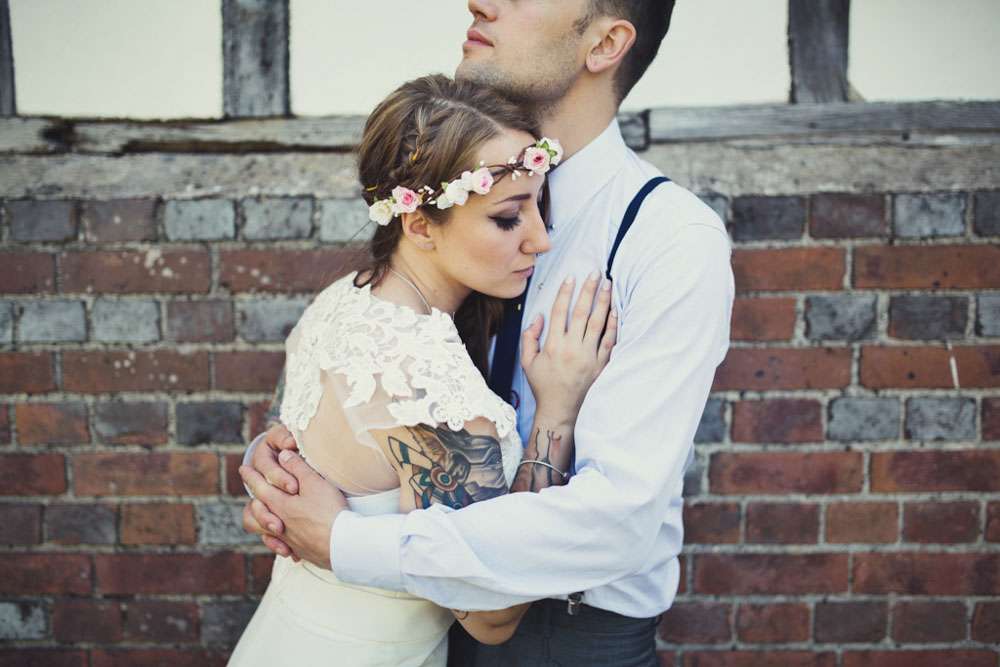 Ione and Will wanted their wedding to be bright, fun and homemade. It was also really important to them that all of our friends and family were there so they kept to a strict budget so they could accommodate everyone.

“We met just under seven years ago on Brighton seafront at a club night called Club NME!” the bride began. “I was 18 and he was 23. I was his first girlfriend so we feel like high school sweethearts.” 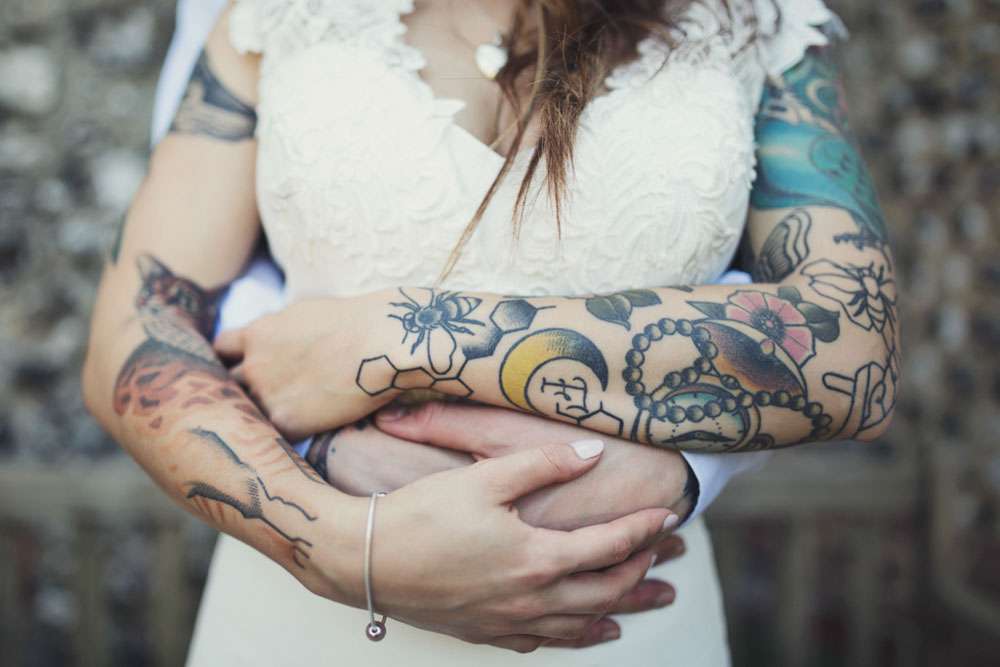 “For the wedding we wanted to combine both my Cuban heritage (I’ve also lived in Spain) and Will’s love of Sussex, where he’s lived his whole life. We felt we had lots of little odes to each one. We wanted a village fete type feel and had 120 people from 2pm for our reception. We kept it simple with a vegan paella and a chicken paella with baguettes and some salads that I made to keep costs down. Everyone was so happy with a simple feel to the day, we personally didn’t feel like we needed more than one sit down course.” 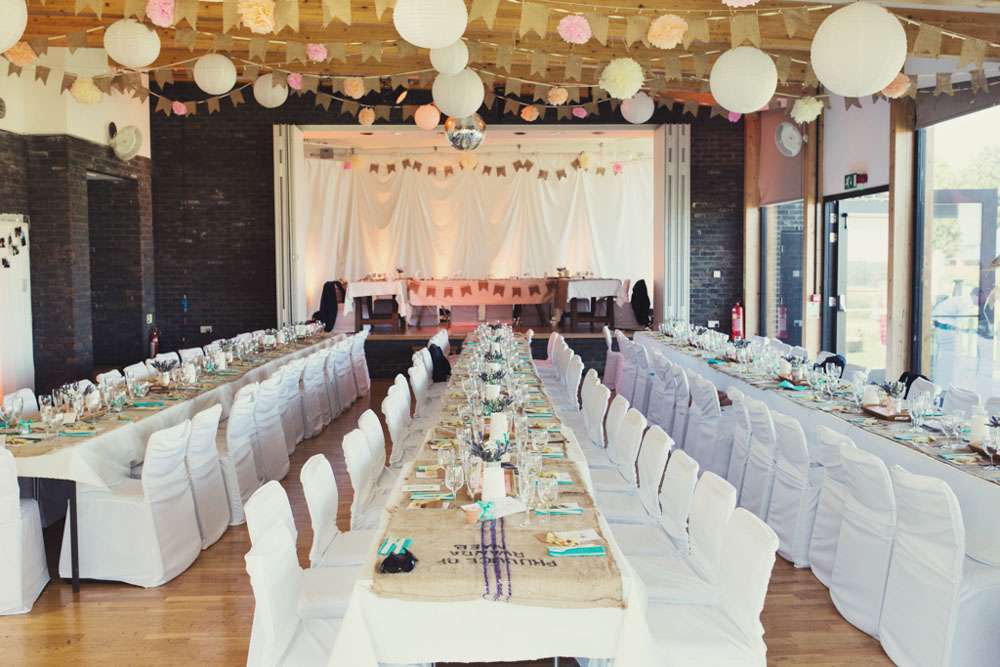 The ceremony was held at a museum called the Anne of Cleves House. “The venue had so much character and the most stunning gardens, we knew the minute we walked in to view it it was the one. Our ceremony was very small with only 50 people as we wanted it to be really special and personal. It was a fairly traditional ceremony and we tried not to take it too seriously.” 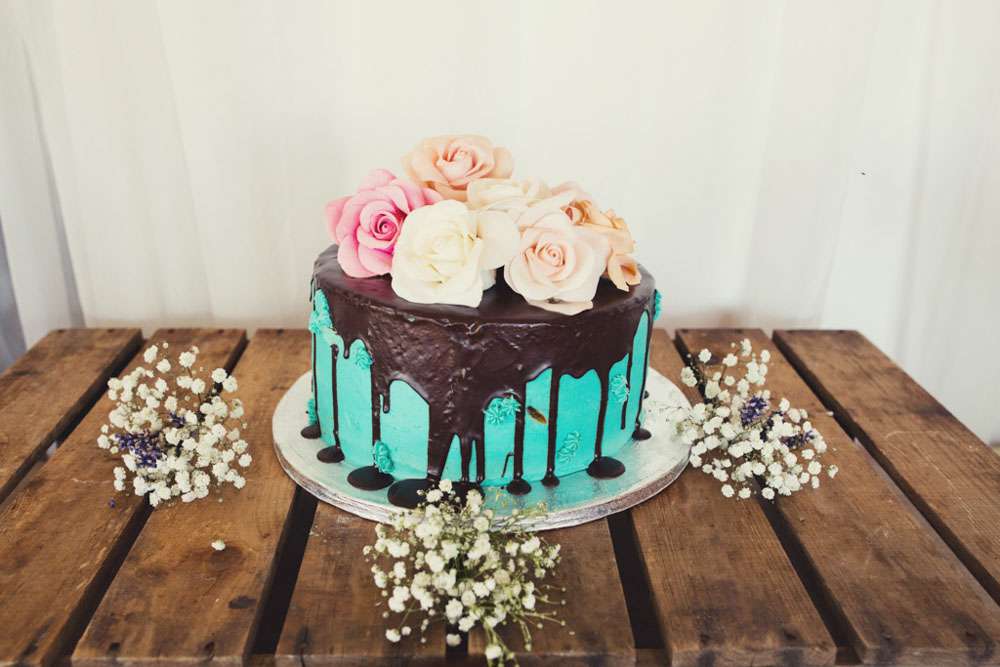 The couple’s budget was £10,000. “Our biggest expense was our photographer”, she explained. “For us, the photos would be the most important aspect. We chose Lisa Jane after seeing her photograph our friends Jordan and Jess’s wedding (which was also featured on Rock n Roll Bride). She was absolutely fantastic and we couldn’t be happier with the results.” 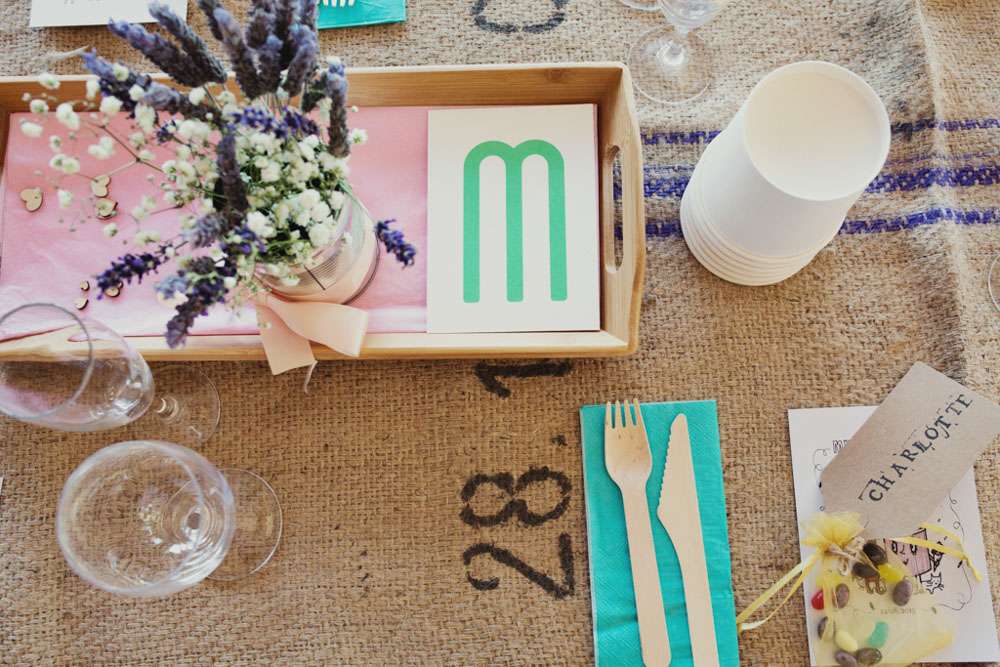 “We saved money by being creative with where we sourced everything. Instead of paying for lots of food, we borrowed a membership card for a wholesale supermarket and bought lots of breads, cheeses, meats and dips for a buffet later on in the evening. For my bridesmaid dresses, I stuck to a vague colour and bought four different dresses in similar peach shades. They looked really beautiful in the end as I chose dresses that suited my girls the best. One of them cost me £12 in the sale!” 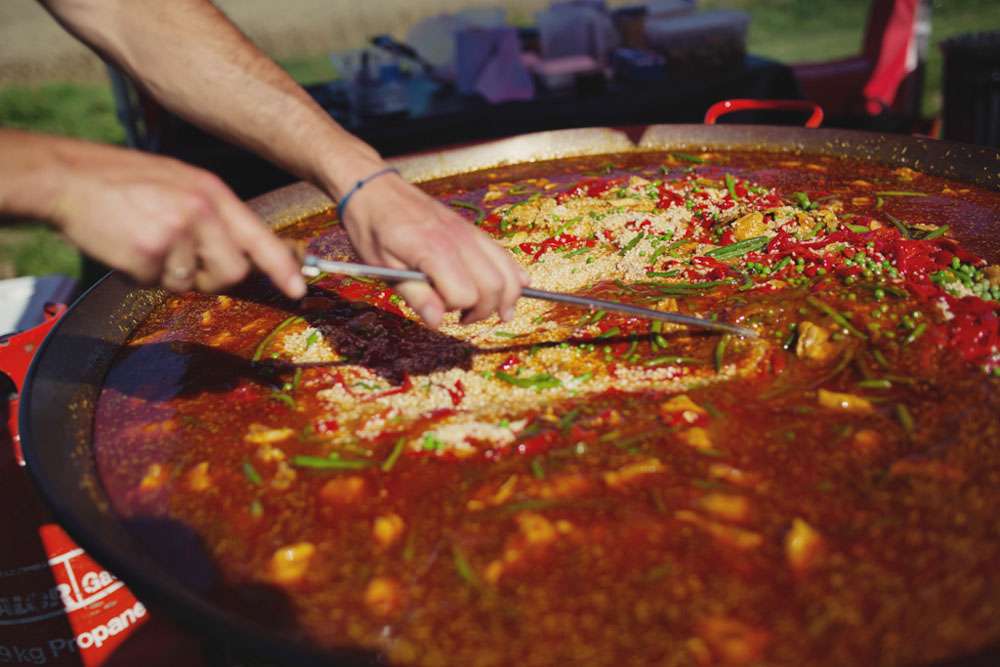 “We also got as many freebies as we could and were really lucky. We were given 40 empty gin bottles from a company called Brighton Gin which we made our own sangria to fill with as well as around 50 coffee hessian sacks from Horsham Coffee Roaster. We found that people were really happy to help out if you asked. We brought in as many props as we could from home such as jam jars for candles, pieces of wood that we painted, games etc. to keep people entertained. We really thought outside of the box and bought a cheap paddling pool off eBay and filled it with ball pit balls for the kids (and adults eventually)!” 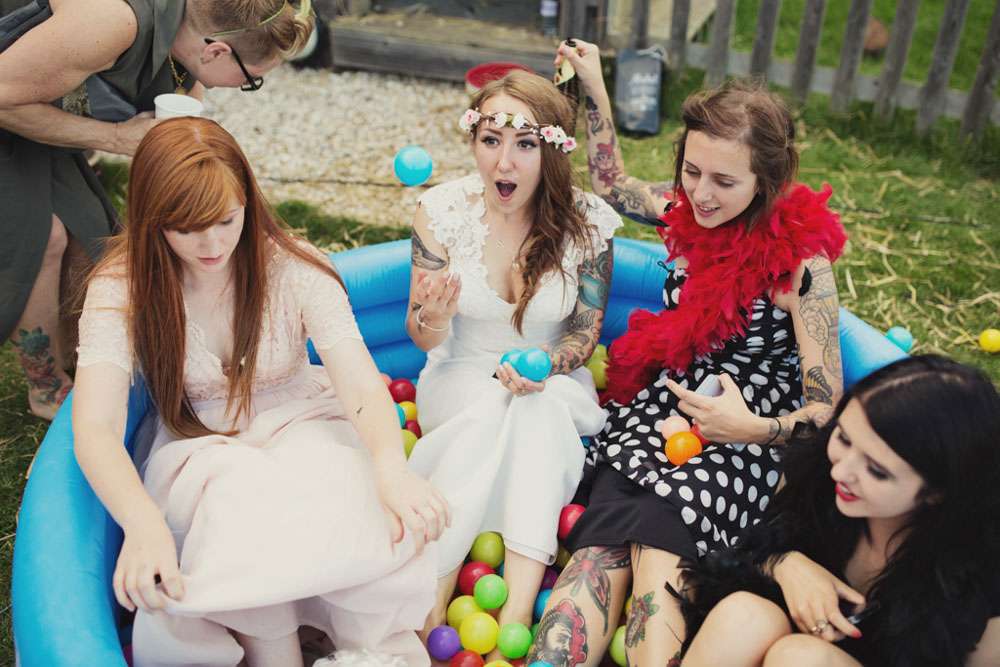 “We called in a lot of favours from friends and hired a bus back to Brighton at the end of the night which cost everyone a fiver each. We asked Will’s granddad to drive us from the ceremony to the reception venue which cost nothing. We found it more personal to involve everyone and it was much cheaper!” 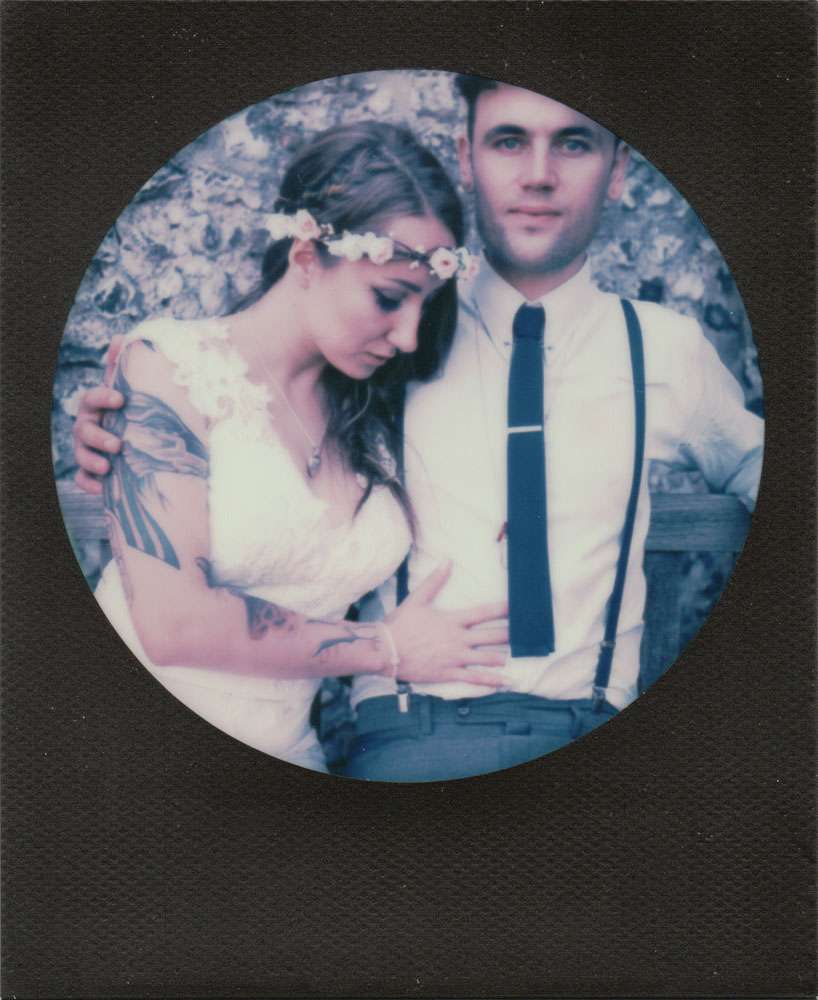 “Although we’re happy we did so much ourselves, it was really stressful towards the end”, she concluded. “We hadn’t taken enough time off work and were both working ourselves into the ground getting everything done. I wish we hadn’t put so much pressure on it being perfect. I would advise other couples to just go with the flow, you will have the most amazing time no matter what!” 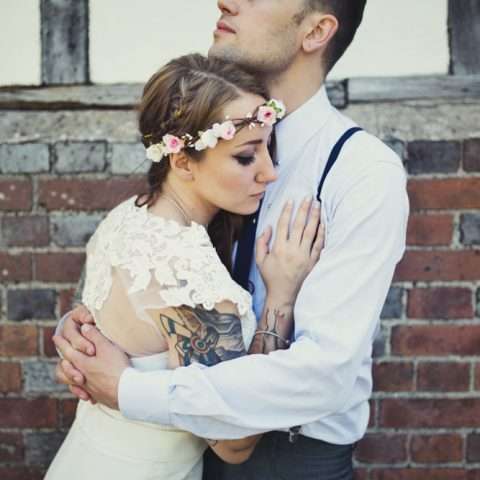 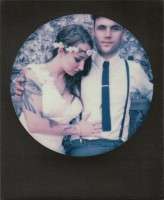 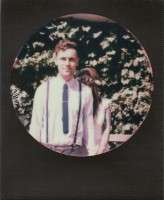 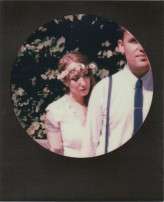 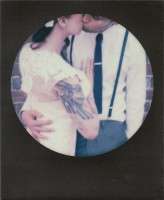