Cat and Andrew’s September wedding had no theme other than them wanting it to pay homage to the West Country, where they live. A lot of things were found cheaply or homemade. The bride wore a dress by La Redoute, the groom was in Topman and the bridesmaids, ASOS. The cake was made by the bride’s mum and they also arranged all the flowers themselves.

“While we have nothing against a good theme, I don’t think we consciously went for anything too specific”, said Cat. “Our love of the West Country definitely shone through, but we basically just took all our favourite things and put them together in a tumbledown barn! Wildflowers, candlelight, a massive full moon, camp fires, live music, locally sourced food and drink. Cider With Rosie meets bohemian gin palace? Midsummer Night’s Dream meets Wurzels gig?!” 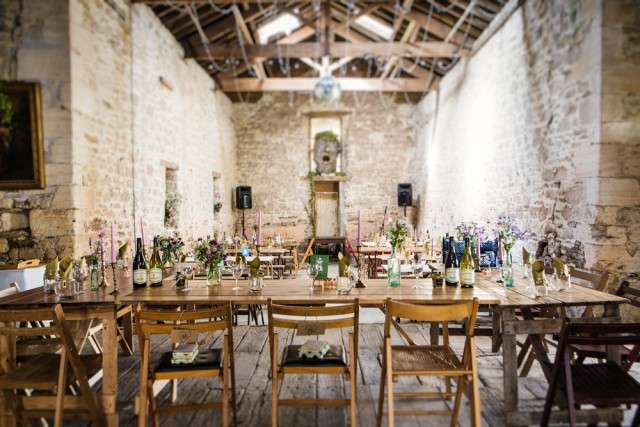 “I love wild swimming and have been visiting Farleigh River Swimming Club, next door to our venue, since I was a kid”, she continued. ” The vague idea that a morning dip would be a good way to shake post-wedding hangovers led us to check out the neighbouring farm. It’s stunning setting and reputation for excellent cream teas sealed the deal. From that point on, the surroundings dictated the direction the wedding took. The barn was a ‘proper’ barn, with swallows in the rafters and piglets in the yard, so it was never going to be a white linen and fine china kind of a do.” 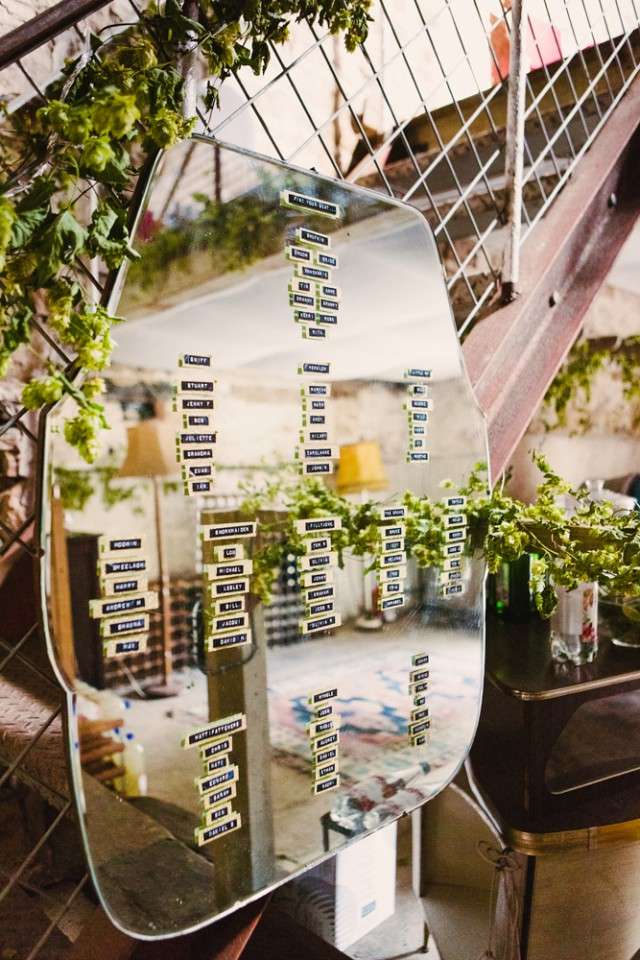 “Almost everything was DIY! We didn’t want anything too structured or formal, so I was pretty confident I could handle the flowers myself. We made all the bouquets and table decorations the evening before, sitting around a fire pit by the barn, making a start on the wedding booze and eating dirty burgers with my extended family. We had so many flowers left over that we made extra bouquets; one for throwing, one for a friend who’s birthday it was, and one for a couple celebrating their wedding anniversary that same day! We also made the cake, the cake stand, custom labels for all our mixer drinks, the favours (mini bottles of homemade rhubarb gin), the light up letters and our seating plan.” 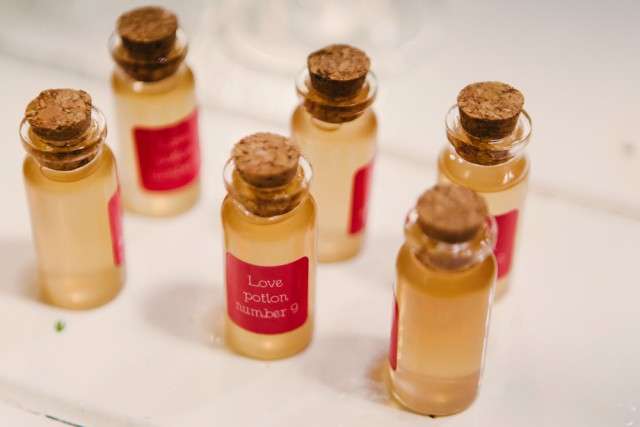 The only thing the couple regret is not having a videographer. “The day was, to us, utterly perfect, and now that it’s over, we wish we had as many ways of reliving it as possible”, Cat concluded. “I was also adamant we had to stay in a hotel on our wedding night and
although it was lovely, I’ll now admit it was a bit of a waste of money! We were there about five hours, leaving early to get back to the farm for river swimming and breakfast.” 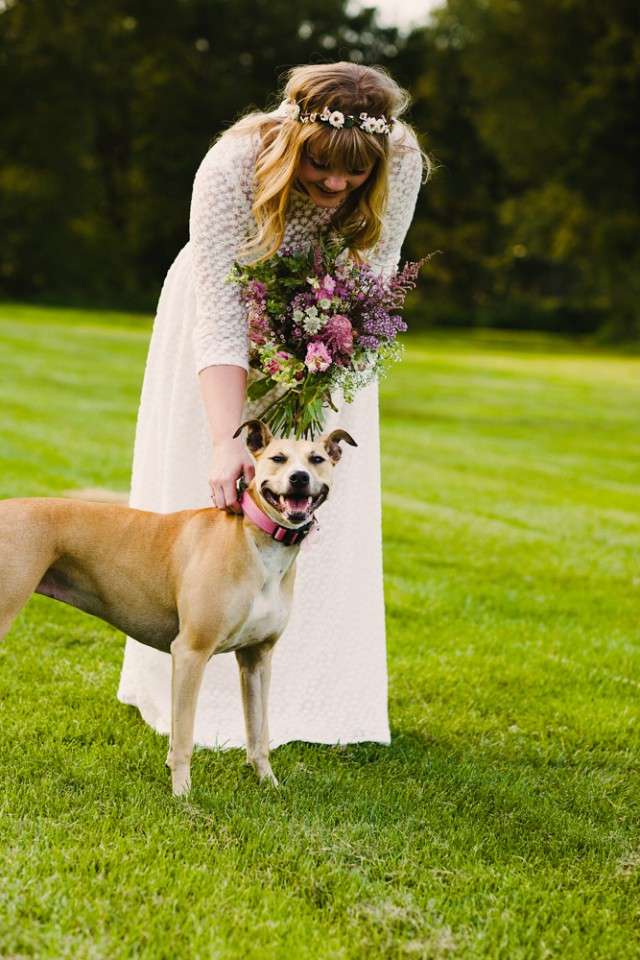 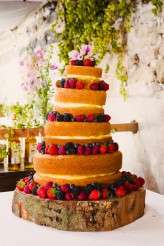 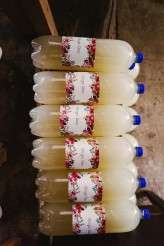 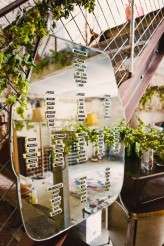 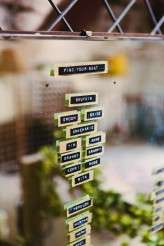 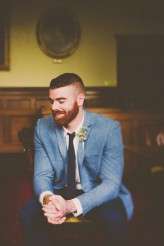 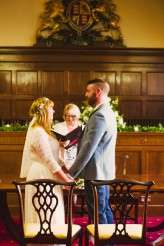 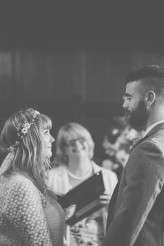 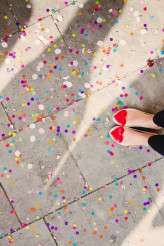 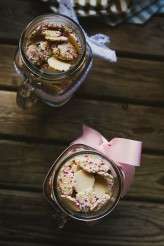 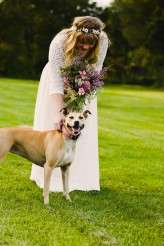 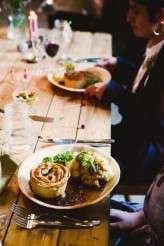