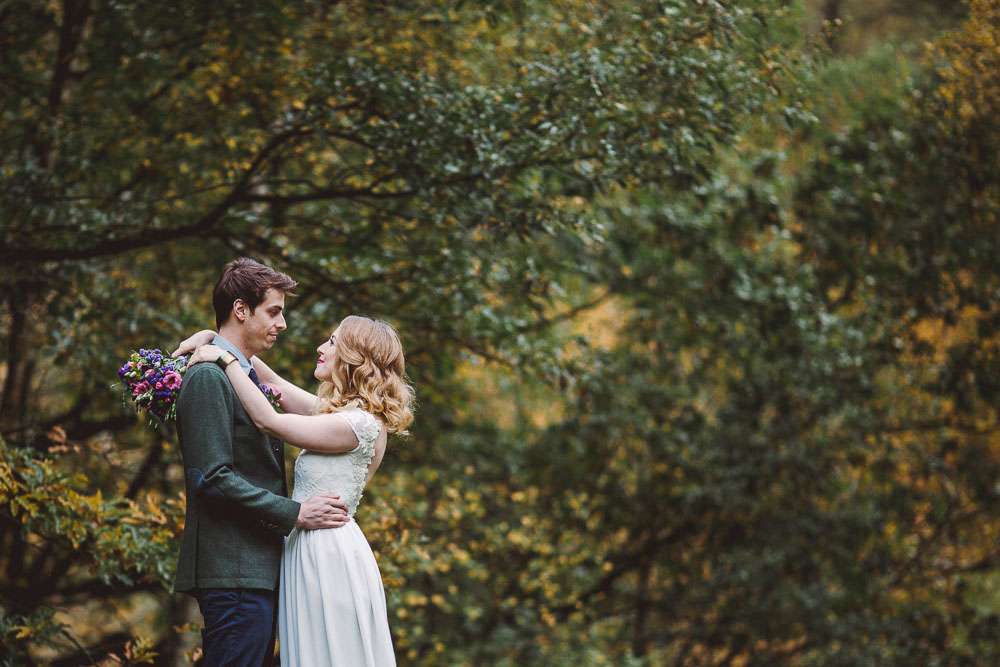 Ben and Lori’s London wedding was held in a coffee shop. They had a laid back, bohemian theme that worked really well with their urban location.

“I suppose the most unique part of our wedding, that sets us apart from most weddings we have been to, is that we did not have the same sense of formality”, explained the bride. There were no bridesmaids, or groomsmen for example. We didn’t feel attached to those traditions. Also, we Skyped in some of my family members and closest friends from Canada, so it was a little funny seeing an iPad in the corner of our eye with six tiny squares of my favourite people from overseas, smiling and crying from a screen.” 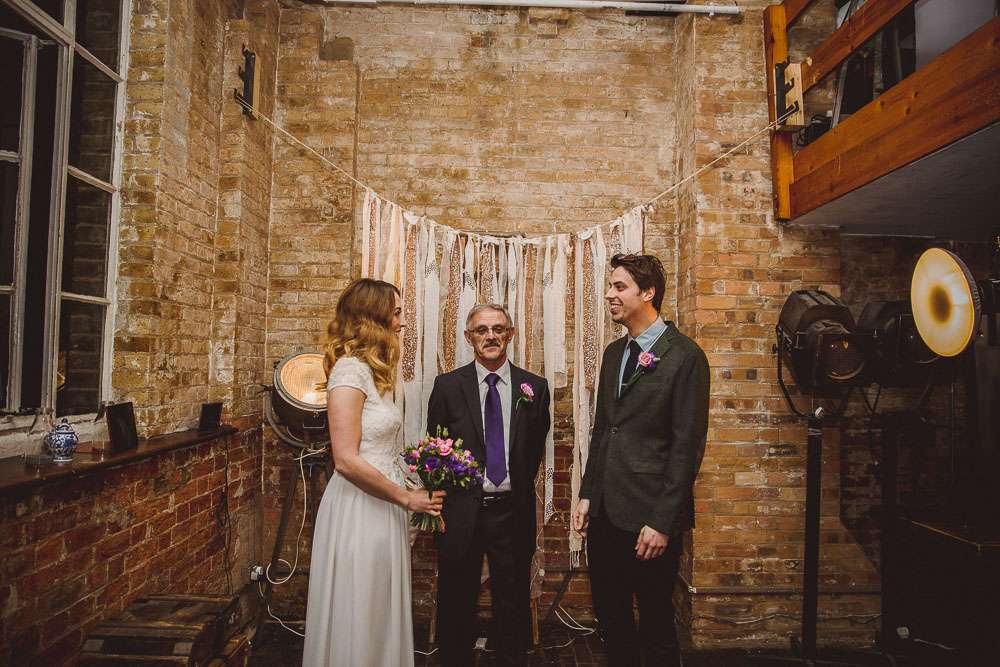 “I would say our theme was confused rustic bohemian. The best bit of the day, and the part that still gives me the most exciting rush of emotions, is our ceremony. Our venue had stairs that led from a loft down to the main area where we had set up our ceremony area. Before most people arrived, close friends all worked together to decorate; hanging the ribbon backdrop, laying out confetti bags, and clearing the area. It was a bit rushed, but so lovely for everyone to work together like that. Ben worked some magic on the music and used the instrumental from LCD Soundsystem’s Dance Yourself Clean for us to walk down the stairs together to and it was absolutely wonderful. I love that we walked together. For us, it was important to show the unity between us before we were married, as well as the further commitment we made on that day.” 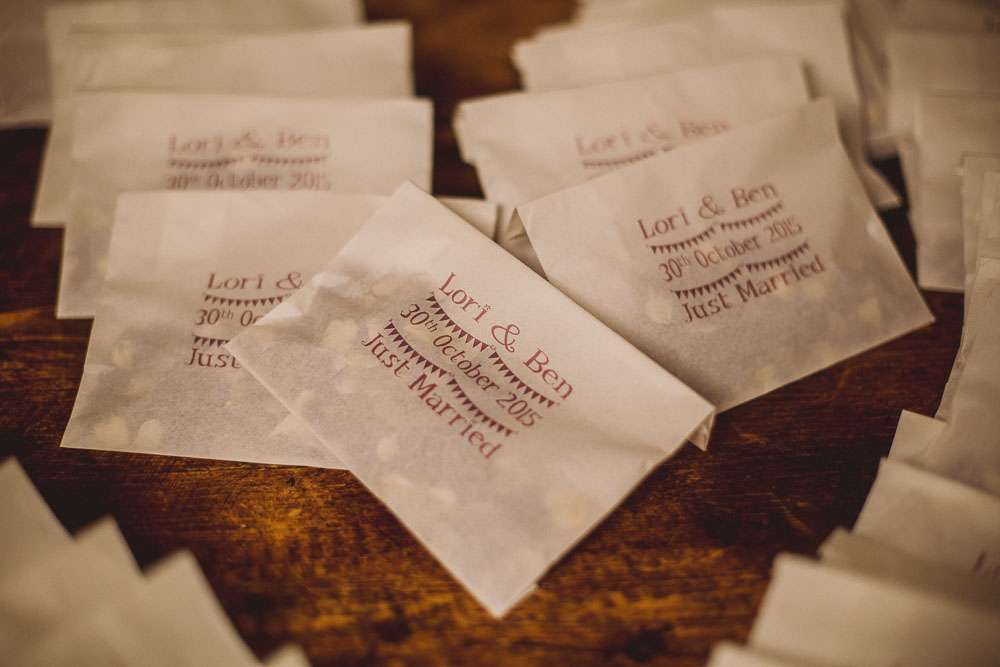 The wedding budget was £8000. “We really saved money on our flowers”, she continued. “The day before, my mum and I stopped at Lidl and chose a bunch at random. I thought a few extra special floral bits were needed, so Ben picked up a few arrangements with my dad from Sainsburys as well. It cost us about £25 to deck our reception out in flowers. Our reception venue was a coffee shop called The Haberdashery. Greg, the owner, is the most efficient and kindest person alive and he arranged them gorgeously into little glass bottles about the venue for us.” 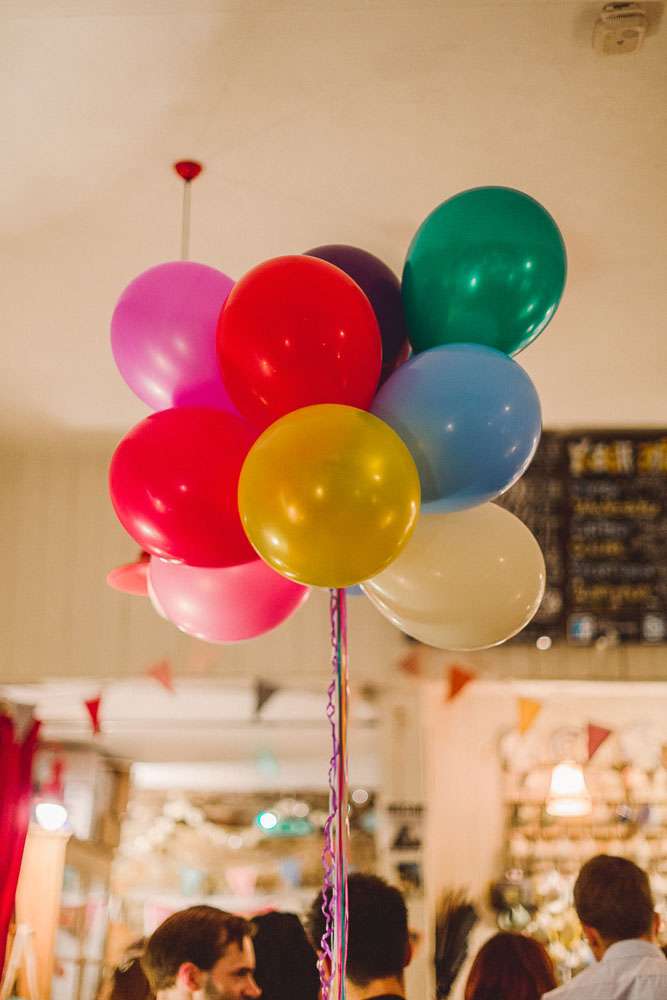 “The only thing I’d change about the day would be some of the timings”, she explained. “I would have held the wedding ceremony and reception much closer together and started the day earlier. We lost a lot of time in taxis getting from one location to the other which makes me sad. Starting the whole day earlier would have also given us much more time for photos. The whole day felt quite rushed. Its true what they say, time really does fly by!” 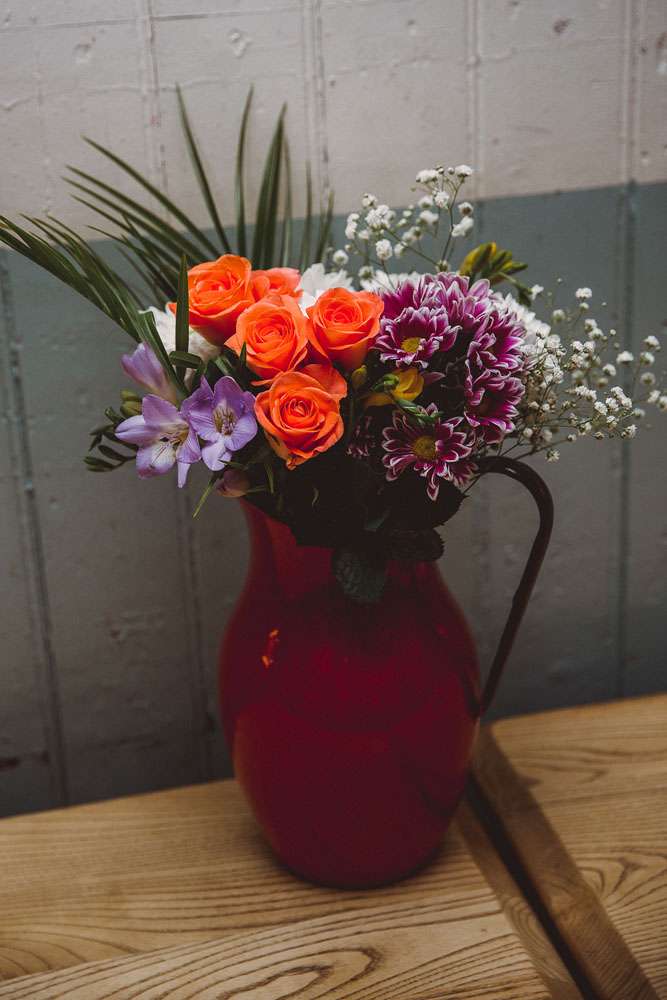 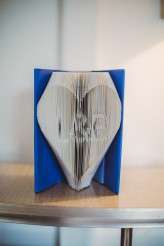 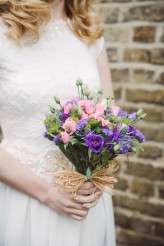 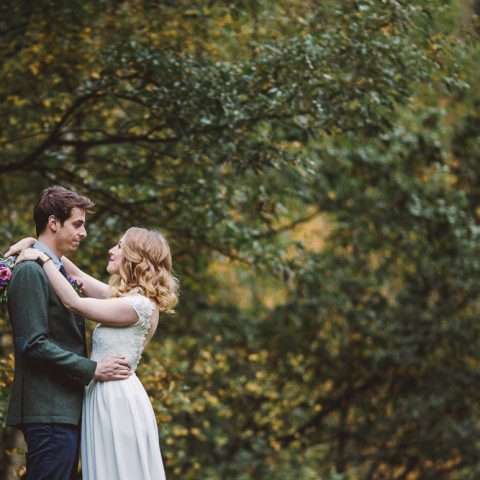 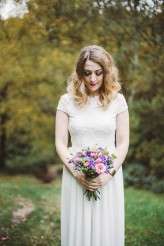 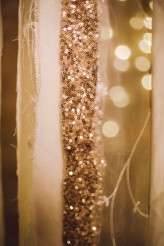 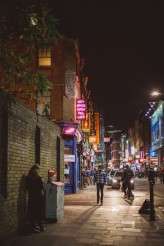 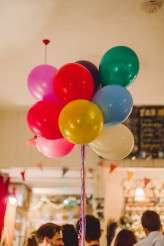 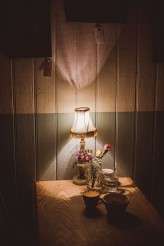 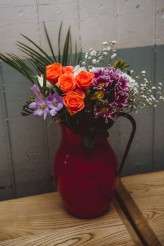 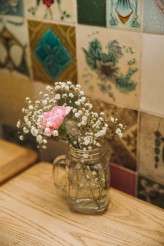 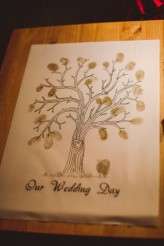 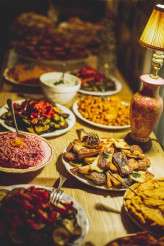