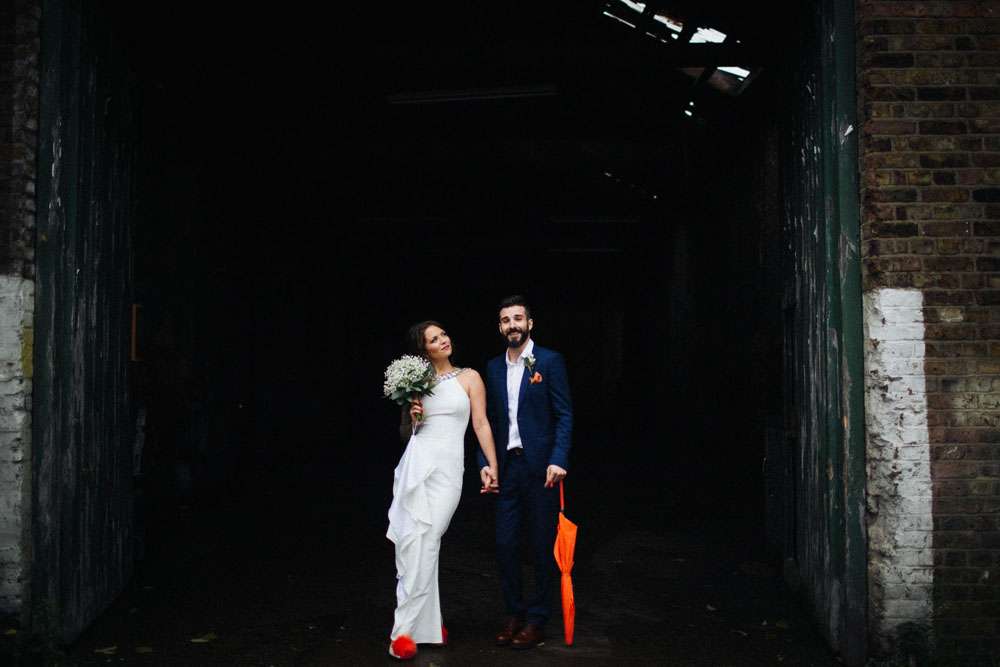 Jules and Chris were married in East London. Their ceremony was at Hackney Town Hall with their three (!) reception venues being The Cat and Mutton Broadway Market, The People’s Park Tavern in Victoria Park and Baltic Restaurant to end the night.

“Our wedding theme unintentionally became a ‘jolly old East End knees up’ but we didn’t set off with anything particular in mind”, said the bride. “We just went with the flow.” 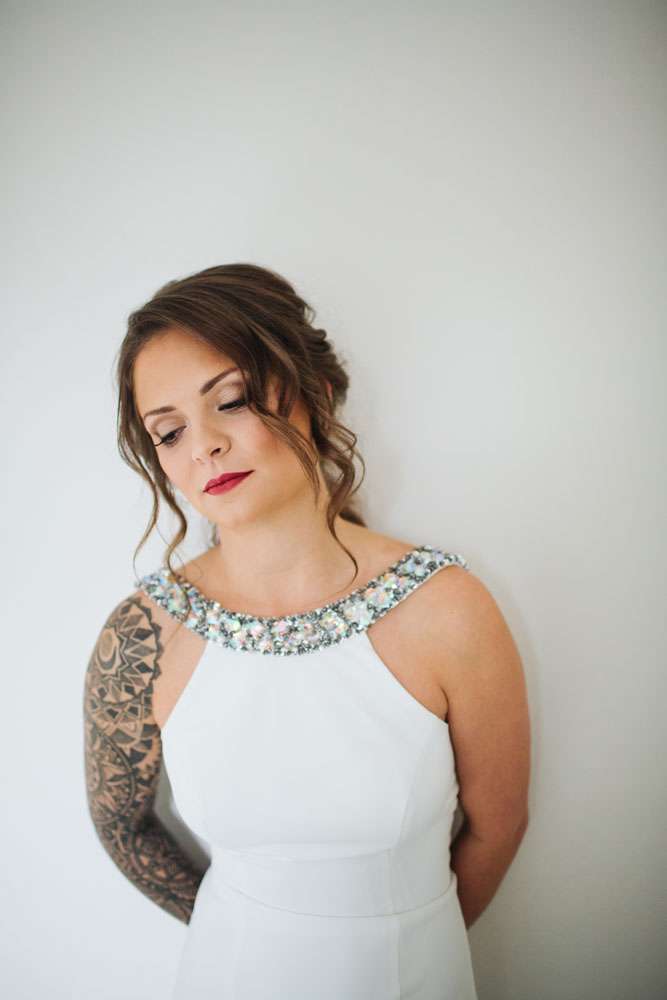 “We wanted to celebrate our journey thus far, so every venue that we visited on the day had a story attached to it – from the place we had our first date, to the pub we went to for a glass of champagne after Chris proposed… We live and work in Hackney so really it was our every day lives that inspired our wedding!” 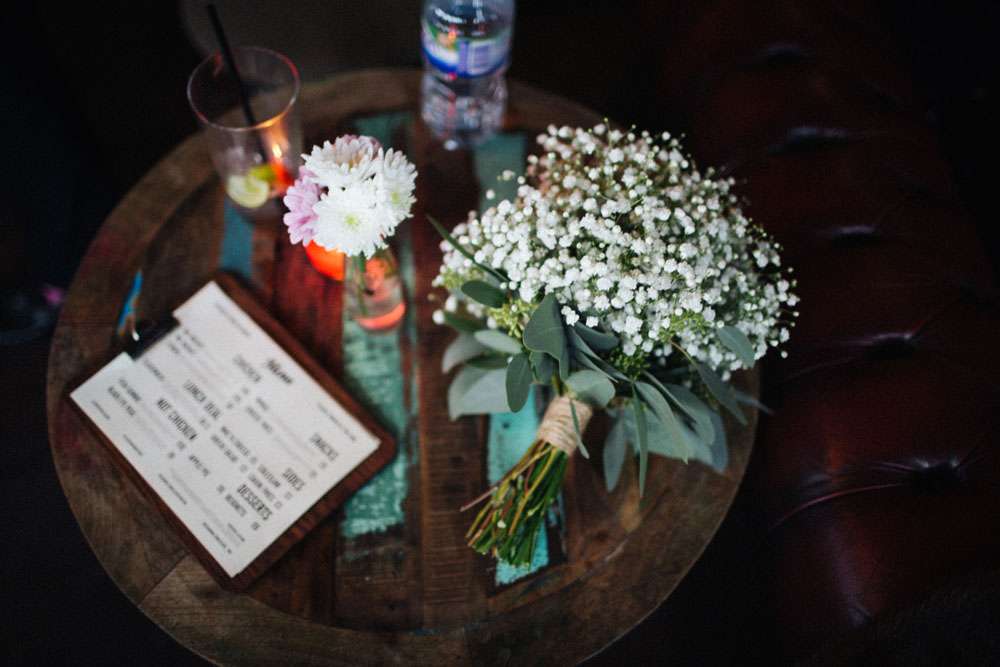 The wedding was also planned in just six weeks and a complete secret until the day!! “Initially we wanted to elope with our siblings as witnesses, but I was dreading having to explain that to my mum so we ended up inviting 25 family members and one friend”, she explained. “Unfortunately Chris granddad died the morning of the wedding, which was really distressing. He’s a real trooper though so set this aside and got on with it. We made a toast to his grandpa at the end of the day.” 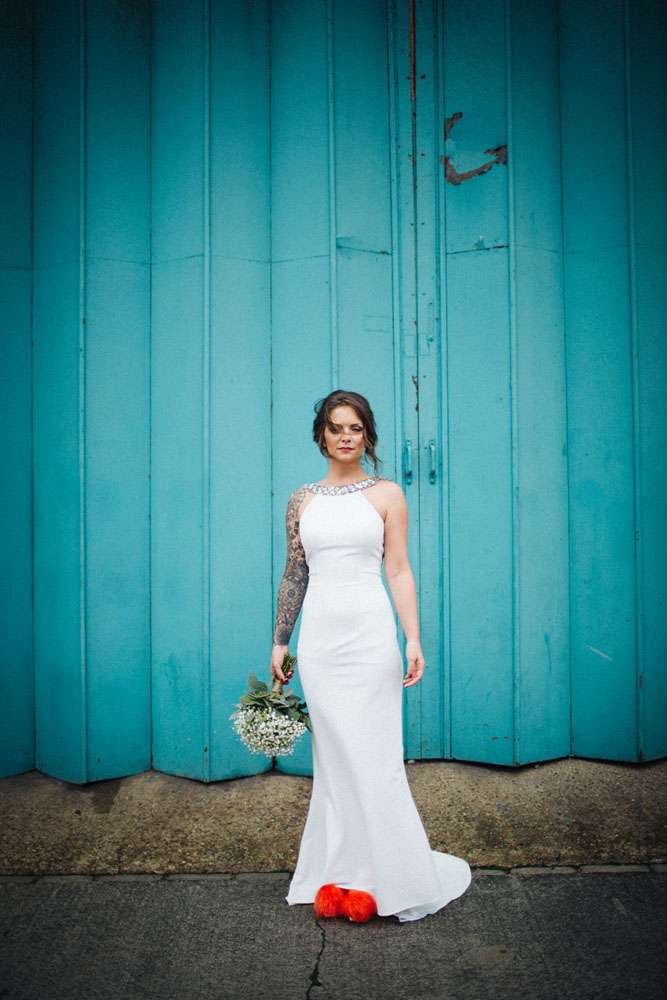 “We were adamant that we wanted the wedding to cost under £10k and we did all the table displays ourselves. I wore shoes from Office which I jazzed up myself with orange pom poms! The biggest single cost was our photographer, Claudia. As we didn’t have friends or extended family coming along it was essential to us that we captured the day exactly how it was. Claudia did this perfectly and was instrumental to the running of the day as she didn’t mind bossing the oldies around when they weren’t really paying attention to what was going on!” 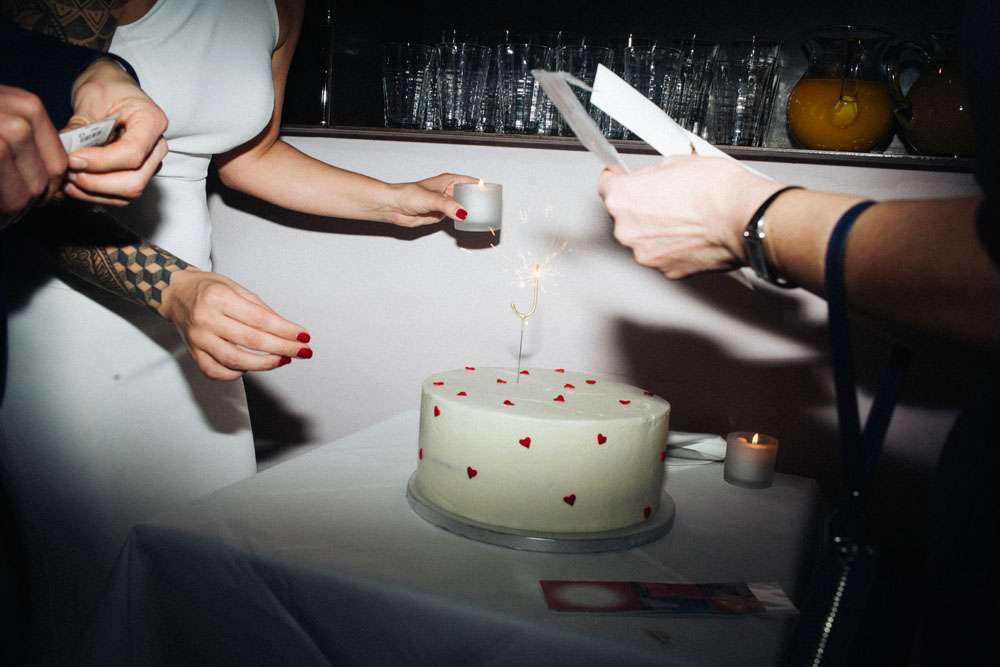 “The thing that saved us the most money was deciding that we didn’t care about convention”, she concluded. “It may sound a little twee but all we really cared about was becoming husband and wife – the rest of it wasn’t really a priority to us. That’s not to say that we won’t be throwing a big party in the future!” 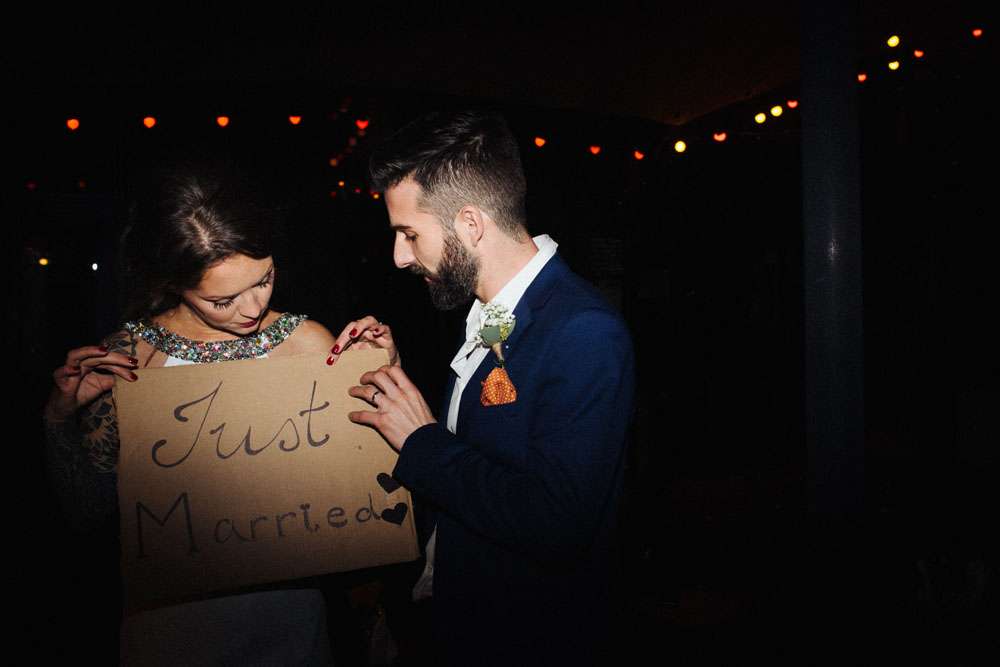 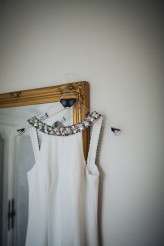 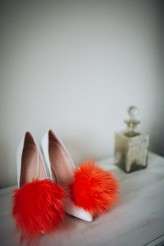 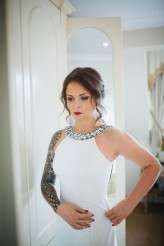 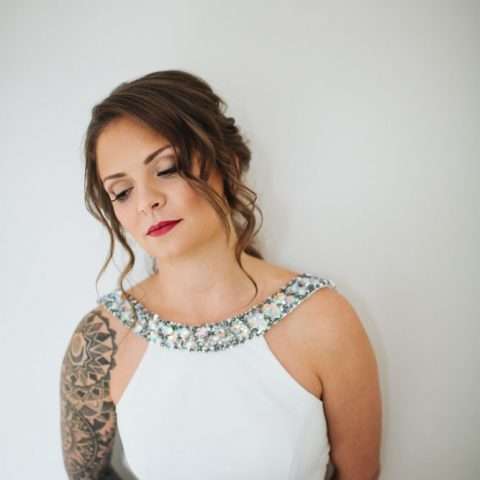 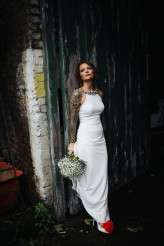 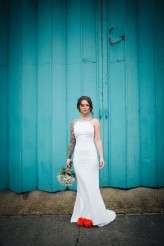 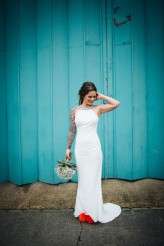 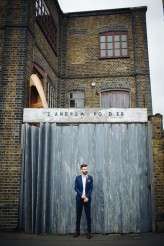 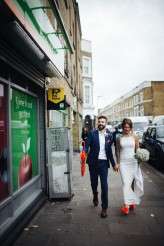 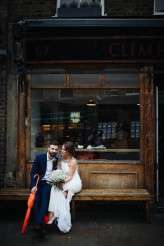 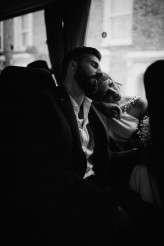