Nicole and James set £5000 as the budget for their September wedding, and remarkably they actually spent less than that! Having the day at a village hall, hiring a fish n chip van for catering, and asking guests to bring along dessert, was how they saved the majority of their money. They also didn’t spent a lot on fancy outfits.

“We’ve been to a LOT of weddings, so we had strong feelings about what we didn’t want for ours” Nicole began. “Probably our first decisions were what we wouldn’t have – speeches (boring and cringe), a seating plan (we like relaxed, informal affairs) or chair covers (yuk!) By knowing they were off the table, our more unusual wedding was the only way to go really. I think because we’d been together for so long (we met when we were 17!) we didn’t feel as much pressure to follow traditions that we didn’t see the point of.” 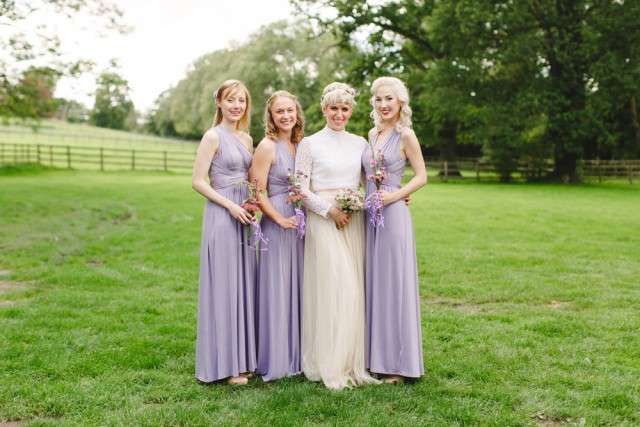 “We didn’t have a theme, just stuff we liked that we hoped would look OK when it was all in the same room!” she said. “It ended up a bit of a mix of Batman, dinosaurs, festivals, rock music, cake, dancing and games. Somehow it all came together and looked good! We took inspiration from lots of places including Rock n Roll Bride but we never got bogged down in what would ‘go’.” 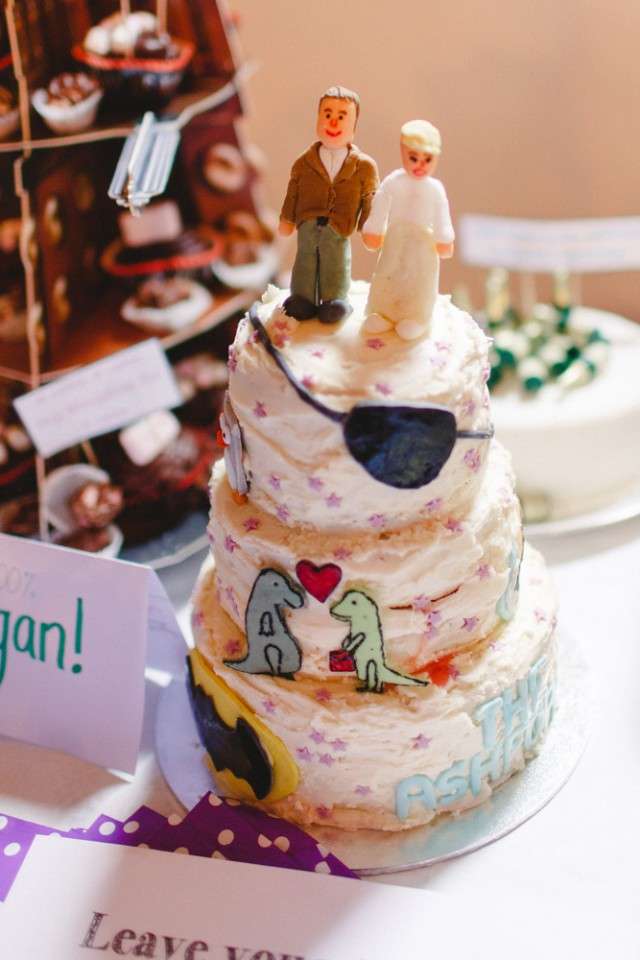 “We pretty much always knew we’d have an open mic instead of booking a band – almost everybody in the room that night plays an instrument, sings, dances, juggles, does magic tricks, balloon modelling, or fire breathing! We thought we’d give them all a chance to show off! Plus, it was a bit exciting not knowing if it would crash and burn after everyone had a few drinks (luckily it didn’t). We also had cards and board games on all the tables for any moments of waiting around.” 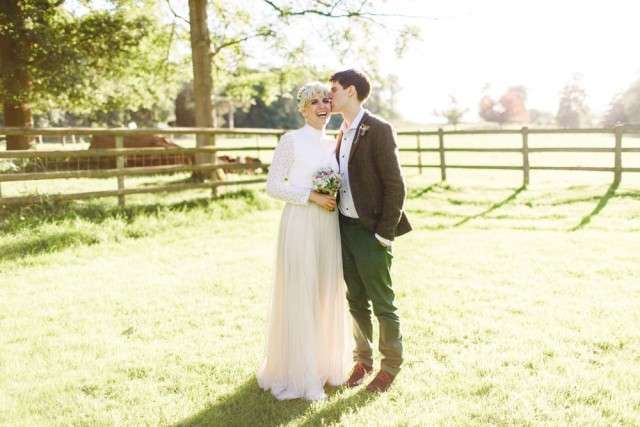 The bride’s amazing outfit was also a total bargain (she spent less that £130!) and one-of-a-kind. “My top was from a charity shop and my skirt was from Needle and Thread. My flower crown was came from Camden Market and I wore Dr Martens from eBay. James wore a jacket he already owned from Topman. The bridesmaid dresses were a truly amazing find. They came from Tesco!!”

“For cakes we had The Great Wedding Bake Off!” she continued. “Guests baked all the cakes. We ended up with so many of them that we’ve only just finished eating all the ones we froze about six weeks later.” 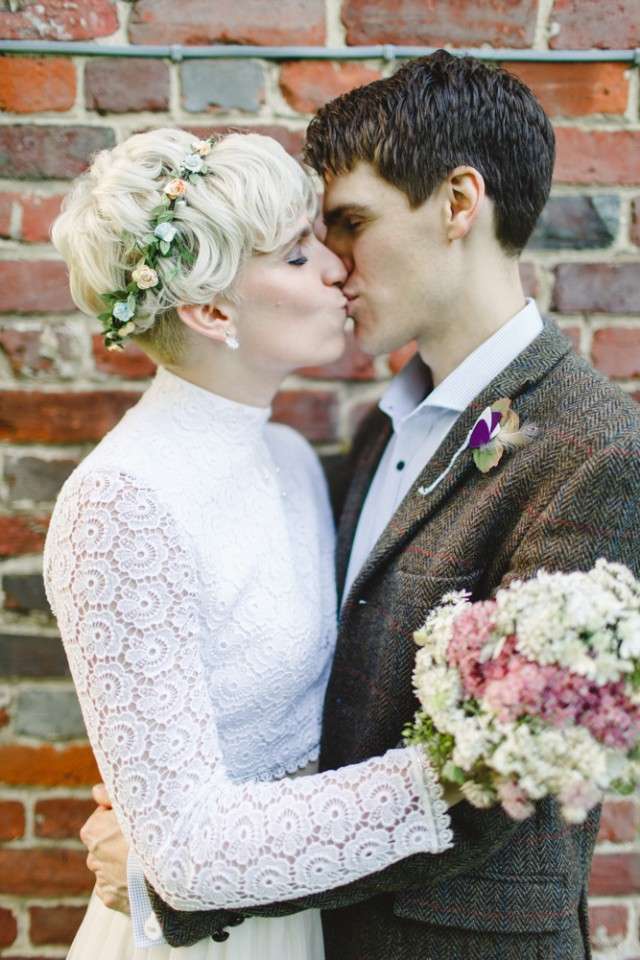 “We did loads of DIY to save money, including the flowers, the photo booth props, the buffet and bar, the invites, and the decorations. We loved doing it all though, it made the day so much more ‘us’ and we had fun doing all the projects. I would 100% recommend asking friends and family for help though, I’m not sure it would have all come off so well if we hadn’t! Our parents, the bridesmaids, James’s bandmates and loads of friends and family helped out with making food, bringing drinks, ordering the little things (like tablecloths that I almost forgot about) and providing equipment. Everybody was more than happy to help, and I like to think they enjoyed it! Extra points to the people who fought the hangovers to help us tidy up the next morning and get everything home!” 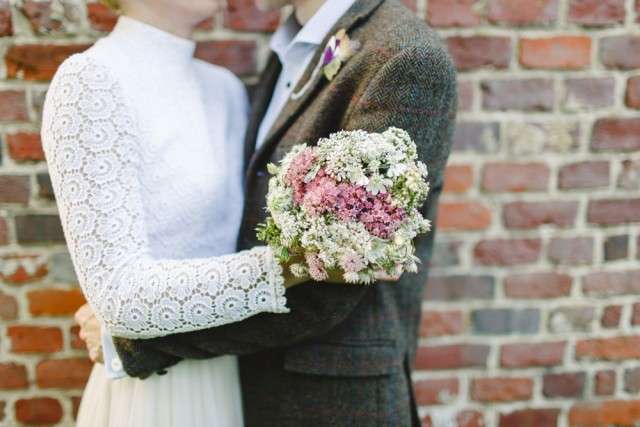 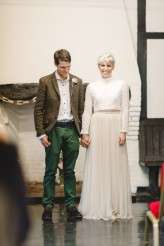 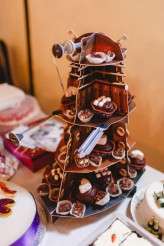 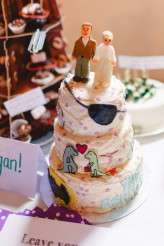 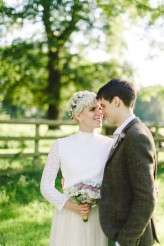 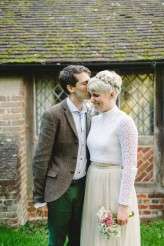 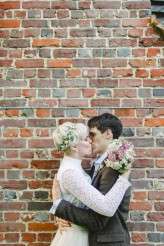 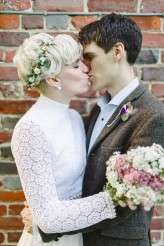 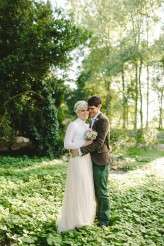 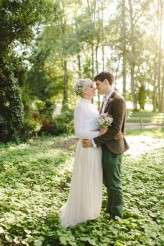 Those eagle eyed amongst you might recognise the bride in this wedding, Kirsty was one of our models for my veil collab with Crown and Glory! When I met her, saw her amazing Disney sleeve tattoo and heard all about their Disney themed wedding, I was SO EXCITED. Now the time has finally come for me feature it and I'm pretty sure you're all going to flip out over it too. The best part is they pulled the wedding off with a budget of just £2,500!