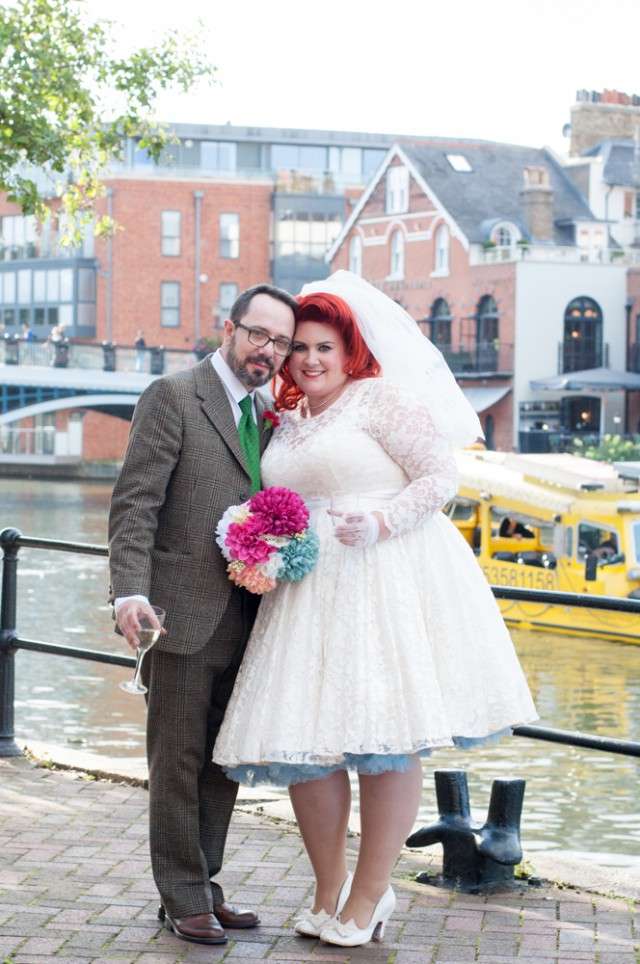 Helen and Mike had a homemade wedding in Slough, Berkshire. With just £3000 to spend they knew they had to do a lot of things themselves, and they relished that fact!

“We described our wedding as rickety, homemade, chaotic and lovely!”, said the bride. “We just wanted a day that reflected us. We don’t enjoy fine dining or formal event and we have been to so many weddings where you walk into the venue and see no sign of personality of the bride and groom. We wanted people to walk into our venue and think ‘This is so Helen and Mike’.” 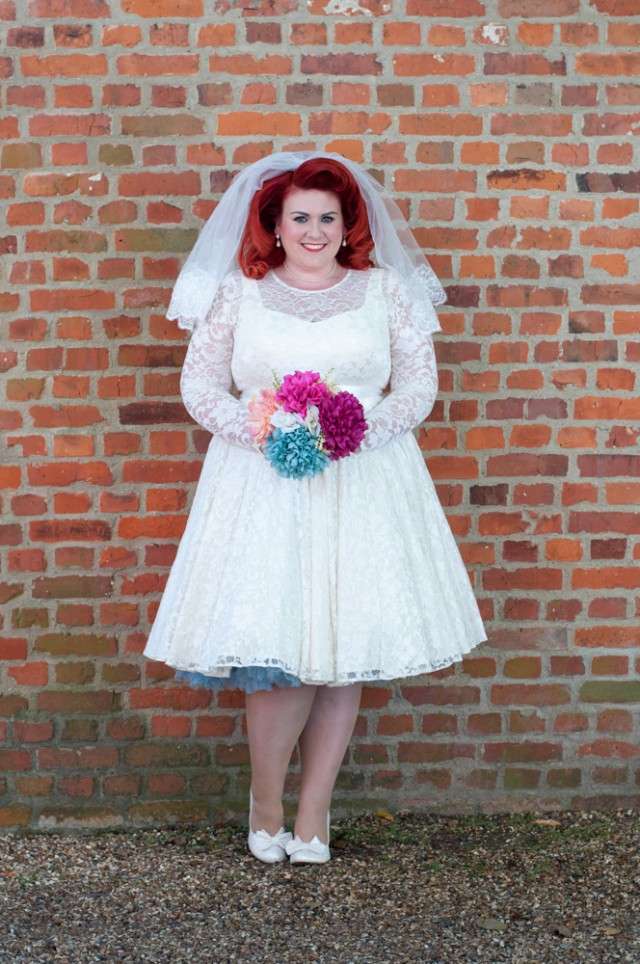 “I feel like we saved money on every aspect of our wedding. Everyone who knows us is aware that we love our charity shops and jumble sales and enjoy being thrifty, so all the little details of the wedding came from second-hand shops or were homemade. Our biggest expense was feeding our 150 guests but instead of traditional caterers we had a fish n chip van and an ice cream van. I bought a pop corn maker and had boxes of popping corn so people could make their own pop corn during the drinks reception. These were all cheaper options and way more fun!” 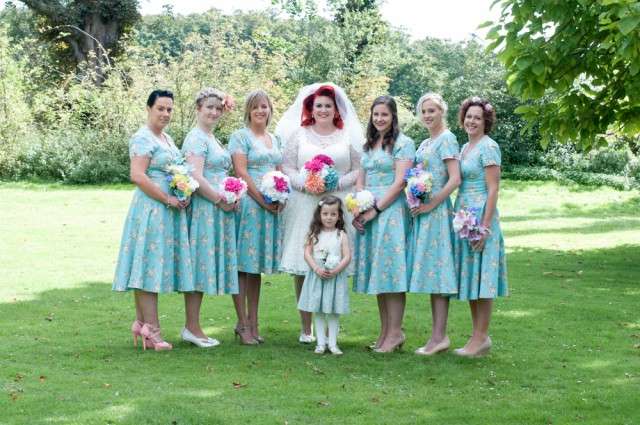 The reception was held at Windsor Rugby Club. “One of the most fun DIYs we did was to make our own alcohol! For a year before the wedding we had been collecting interesting looking glass bottles from charity shops and filling them with gin and fruit”, she continued. “The alcohol preserves the fruit and takes on the flavour and colour. We had one on each table with shot glasses around it as the centrepieces. Instead of a Champagne toast during mike’s speech, we had a gin shot toast!” 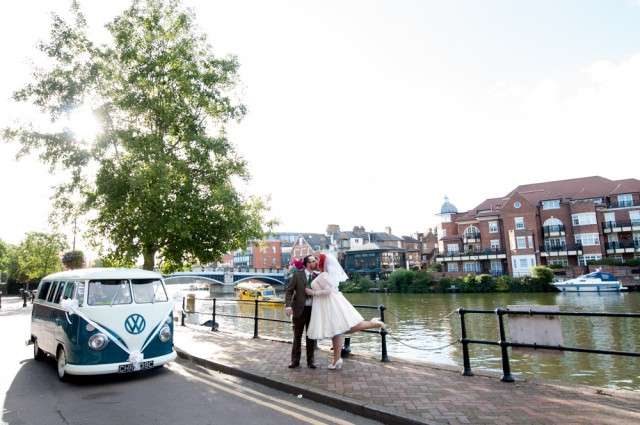 “We also made our table plan in a battle of the bands theme. Each table was named after a band that Mike and I had played or sung in. The guests became the band members and it was great fun watching them looking for their band mates.” 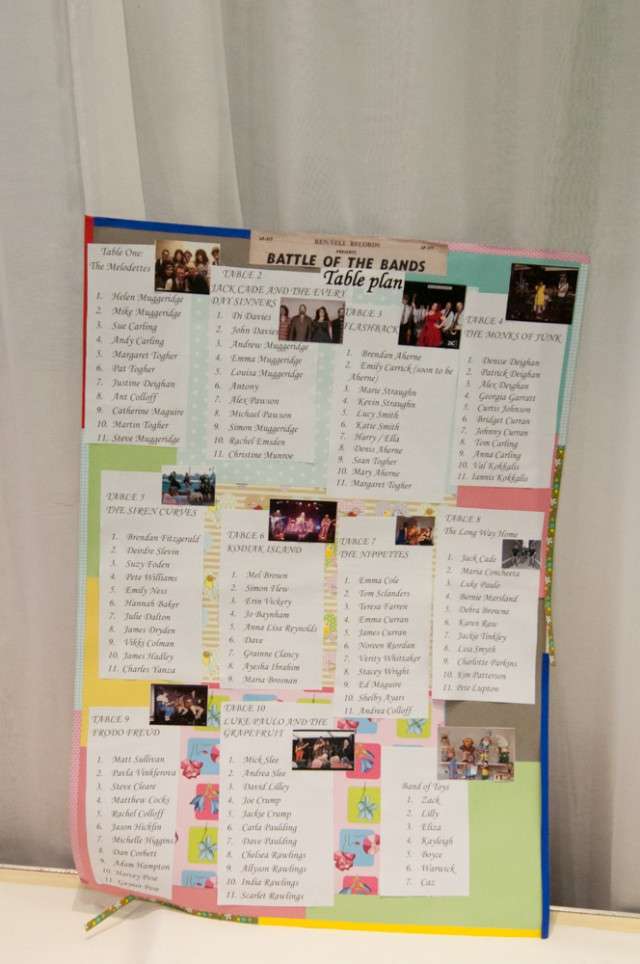 “We didn’t have any fresh flowers so my mum made little wicker hearts for the church. For the bouquets, the bridesmaids and I had spent the last few months collecting fake flowers from homewear shops and the night before the wedding, we got together with ribbons, tape and pins and made each other’s bouquets. They were so colourful and fun!” 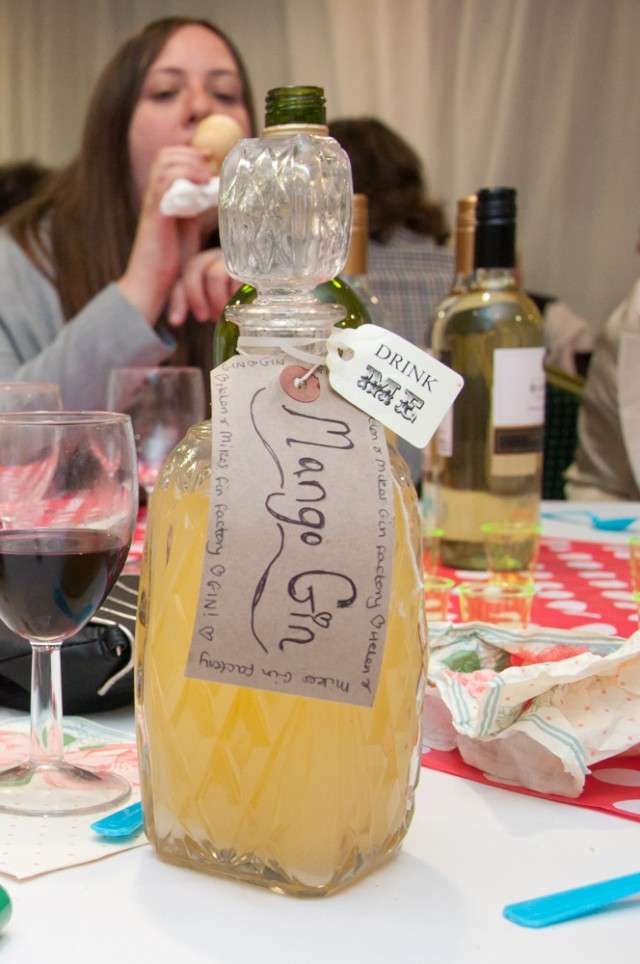 “Throughout the planning process, the best thing was imagining how it would all look and how we would feel on the day”, she concluded. “Seeing all my ideas come together on the morning of the wedding was the most satisfying part. I wouldn’t have done a thing differently. I had the best day of my life.” 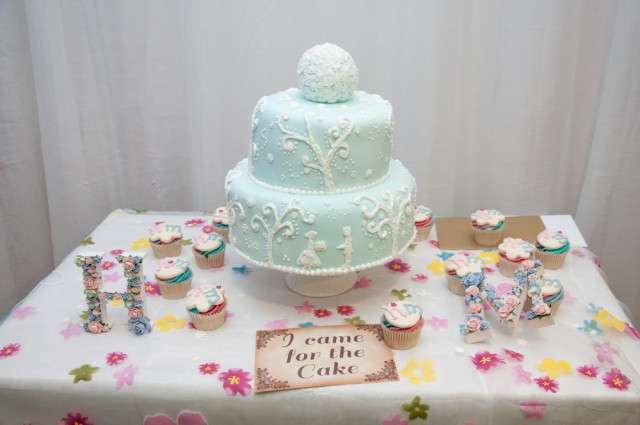 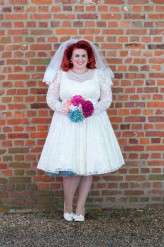 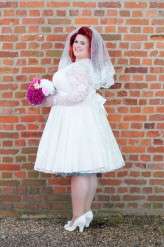 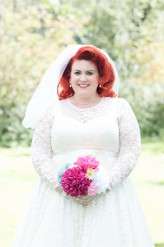 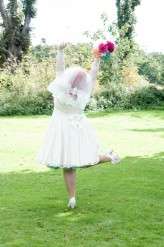 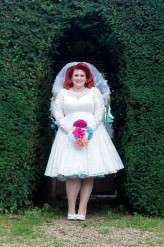 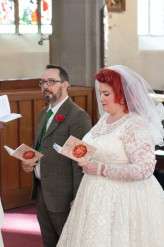 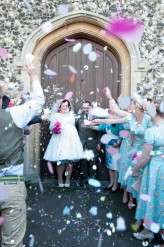 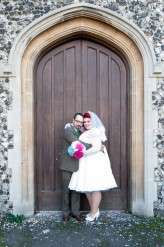 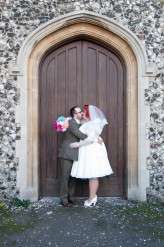 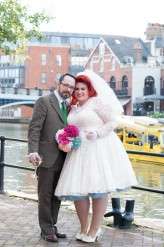 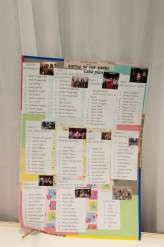 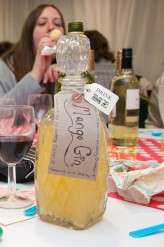 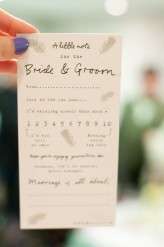