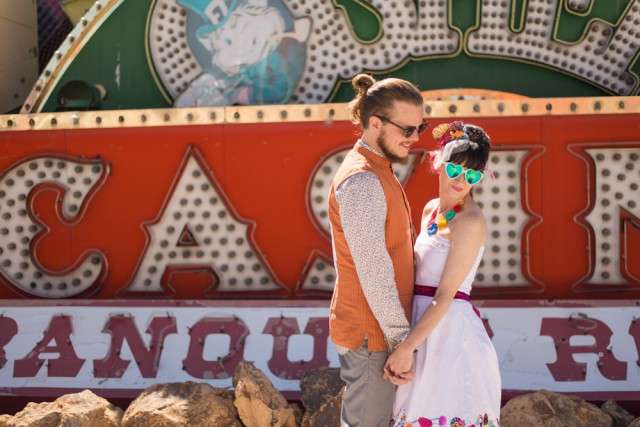 Nay and Oli planned to marry in Vegas on a family holiday in October. “We decided to tie our wedding into a family trip to Vegas for my father’s 60th birthday,” the bride explained. “The priority for us was no fuss, we’d already hijacked the family holiday, we wanted it quick and simple.  We decided to do it this way as I thought it’d be a crime to go to Vegas and not get married, so I proposed to Oli using a ring which a jeweller friend had made, and stuck it in a fortune cookie which I’d made and decorated with our three year old son!” 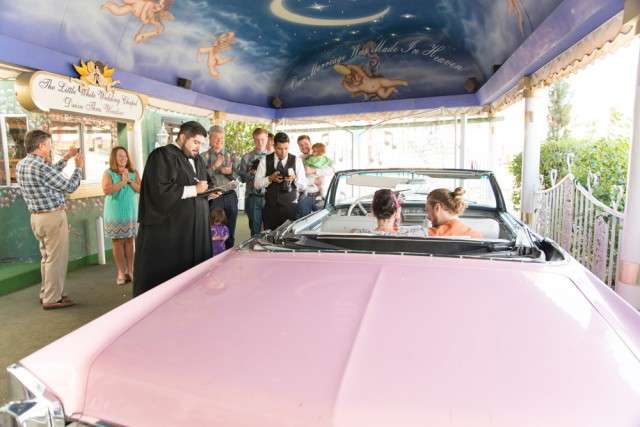 “As weddings go, you don’t really have to have a big budget in Vegas, it’s all so cheap!” she continued. “We spent $60 on a marriage license and $170 on the ceremony which including the added extra of 18 (cheesy) photos. We originally weren’t going to get another photographer, but in the end we changed our minds and I’m so glad we did! Our families paid for her as our wedding gift.” 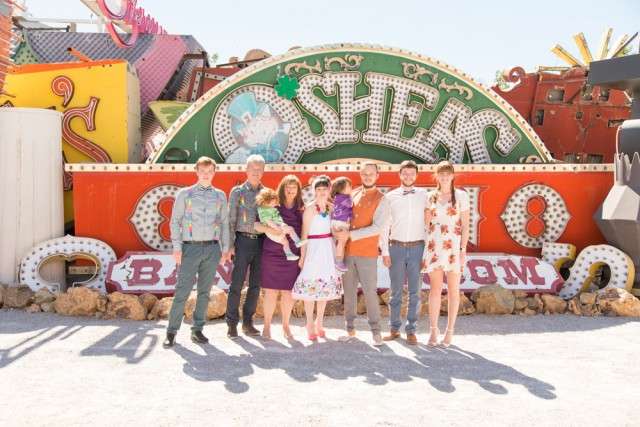 The ceremony was held at The Little White Wedding Chapel. “We picked this one because we’d heard of it! Not other reason and we didn’t even look at any others”, she laughed. “We were very happy with our choice and we loved that we had the option of a drive-thru ceremony in the tunnel of love. We sat in a pink Cadillac with the most kitsch cherubs painted above us.”

“After the ceremony we went to the Neon Museum for pictures and then had our ‘reception’ at The Roxy diner in The Stratosphere hotel. With the children with us, we didn’t want to go anywhere too formal. We knew they’d eat there, and I had an image in my head of myself sat in my wedding dress drinking the most enormous strawberry milkshake.”

The bride wore an amazingly colourful dress, decorated by her children, which she made herself! “I had a dress in mind but knew I wouldn’t be able to find it, so I’d have to make it myself”, she explained. “I’ve had a lot of experience with sewing, but I’m no seamstress. I didn’t have a pattern, just an old dress which I worked around, and adjusted the shape by chance. If it didn’t look right I’d just sew a bit more, and so on… I was still making alterations the night before! I used plain white cotton which I already had and bought a pink petticoat online for £10! The glittery pink ribbon around the waist was something I already owned too. My favourite part was the bottom of the dress where I let my children draw with fabric crayons. There’s a picture of a rainbow, a truck, some eyes, and mummy and daddy holding hands. Afterwards, I stuck patches on, some which I had already, some which were bought especially and had special meaning.” 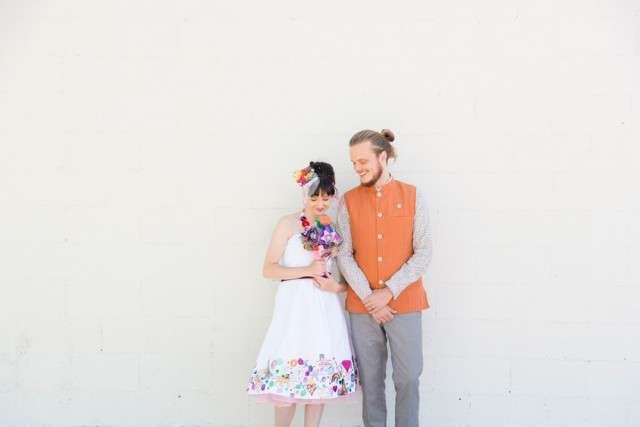 “I’m so glad we had a small wedding and did it abroad”, she concluded. “We’ve spoken to so many people who say that’s a great way to do it, or that they wish they’d done that. Our biggest expense was our photographer ($1200 for four hours) but she was a gift from our parents and I’m so glad we had her. We also splashed on a Hummer for transport, which cost us $300, but we also feel it was money well spent. It may have even have cost more for taxis all day for 11 people. Plus this way we could sit together and we got complimentary champagne!” 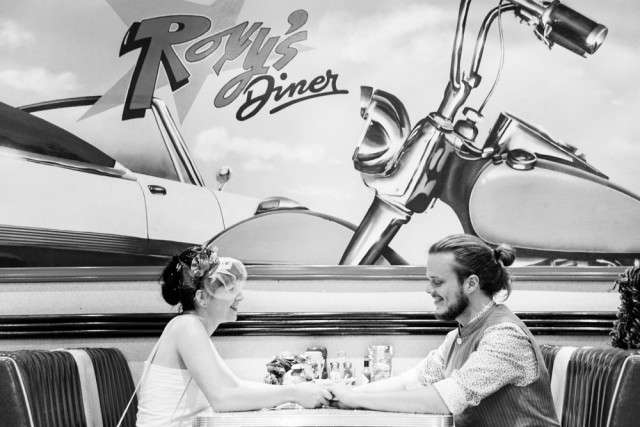 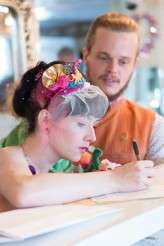 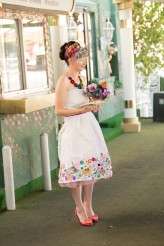 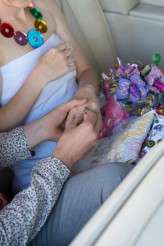 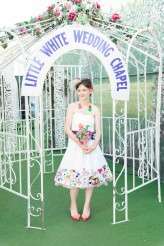 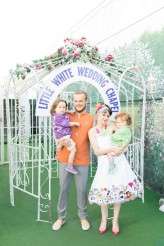 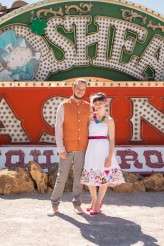 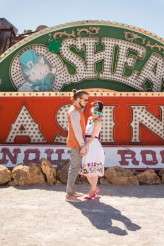 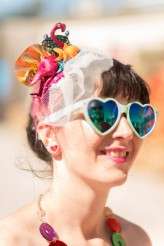 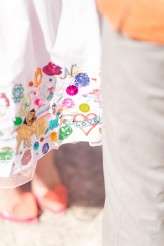 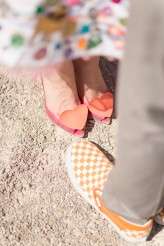 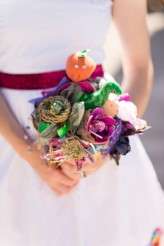 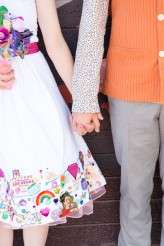