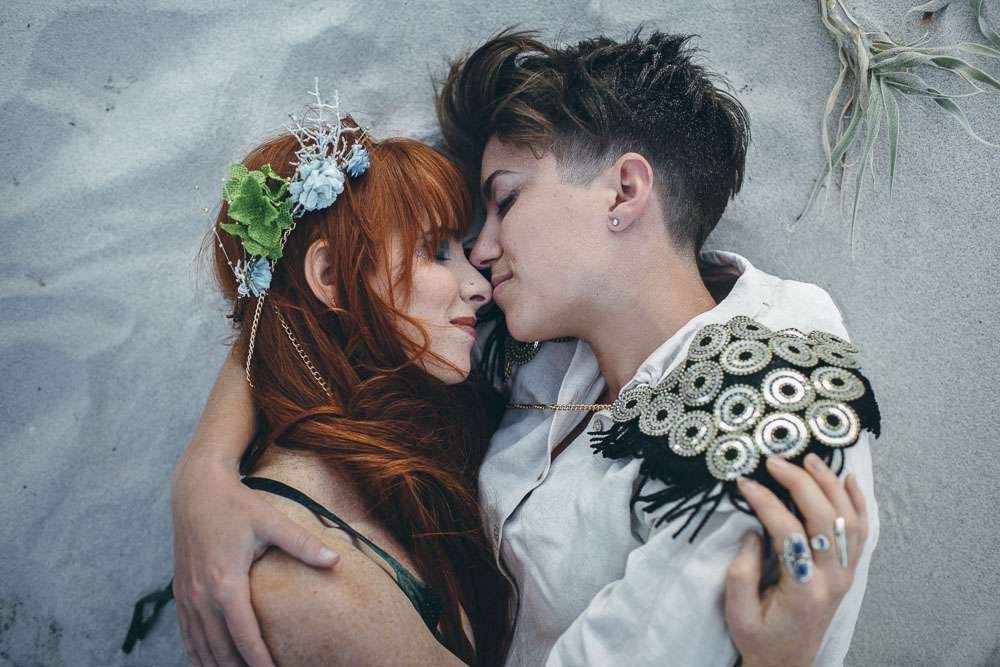 There’s been all sorts of uproar in the press about Ariel having given blonde hair (shock horror!) in the Little Mermaid reboot that’s set to hit the silver screen in 2017… but imagine if they made Eric a girl! How amazing would that be!? OK so that’d probably not going to happen in Hollywood, but it did at Fremantle’s South Beach, Western Australia!

“I get stars in my eyes when I look at these two girls who are such spunks as well as being clearly smitten and up for adventure!” photographer Natalija said. “I told them I just must do a photo shoot with them and Emma suggested this idea. It’s purely about fun for all of us. I also liked the idea of gender bending the Little Mermaid story.” 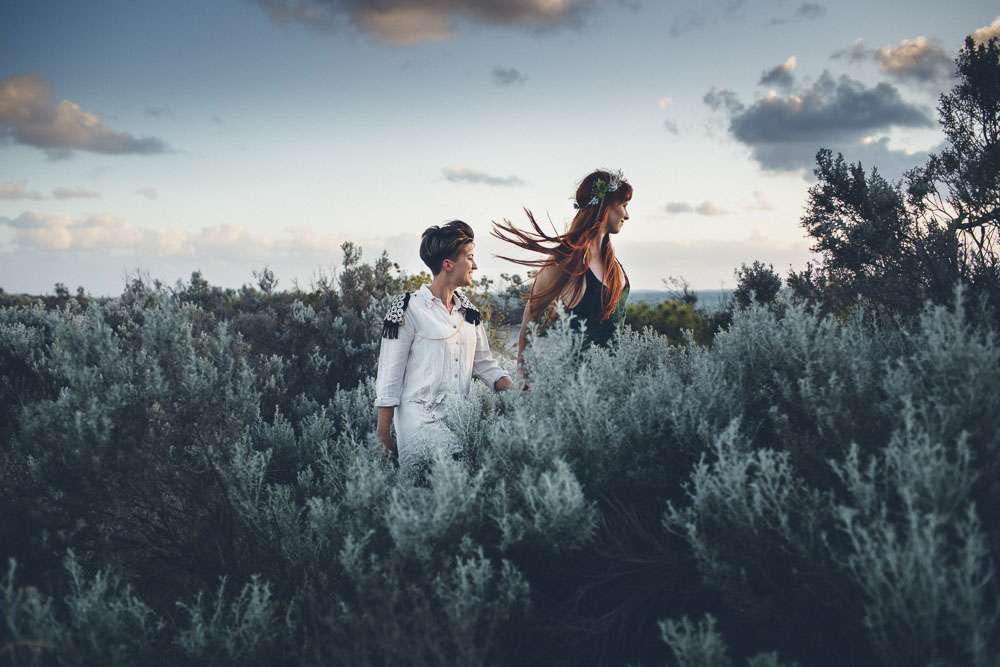 “Emma thinks Katie looks like the Little Mermaid with her stunning long red hair and Emma has always liked the idea of being a prince. We decided to play up the theme and dress up for a seaside adventure. As a photographer, I love the idea of adding more elements into a shoot to inspire my clients and have fun myself, so I handmade the sea crown and the epaulettes. They brought their own clothes and we ventured to Fremantle’s South Beach dunes.” 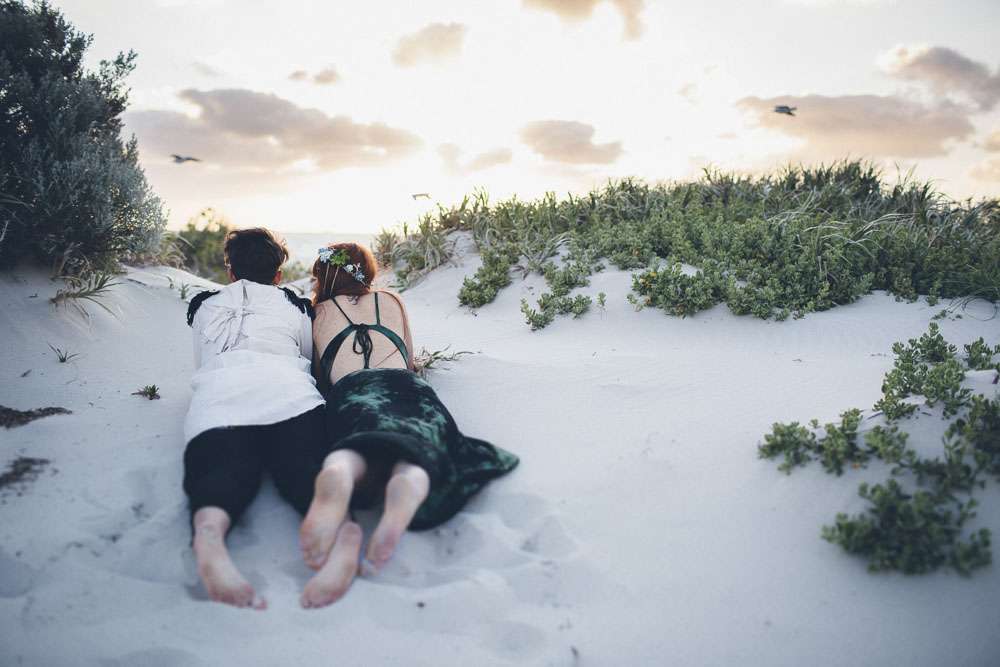 “I think people should ‘splash out’ and take more risks on their wedding day with truly expressing themselves and having fun”, Natalija explained. “The crazy ideas tend to get paired back by the time the day arrives… it’s so awesome when a couple explore who they each are, individually and together, and find ways to express that on their wedding day.I also adore the idea of couples doing photo shoots (even if not engaged) that are more focused on the adventure and the play so that the memory of the shoot is bigger than just standing around staring into each other’s eyes. Instead it’s an opportunity to do something visual, unique and a bit wild.” 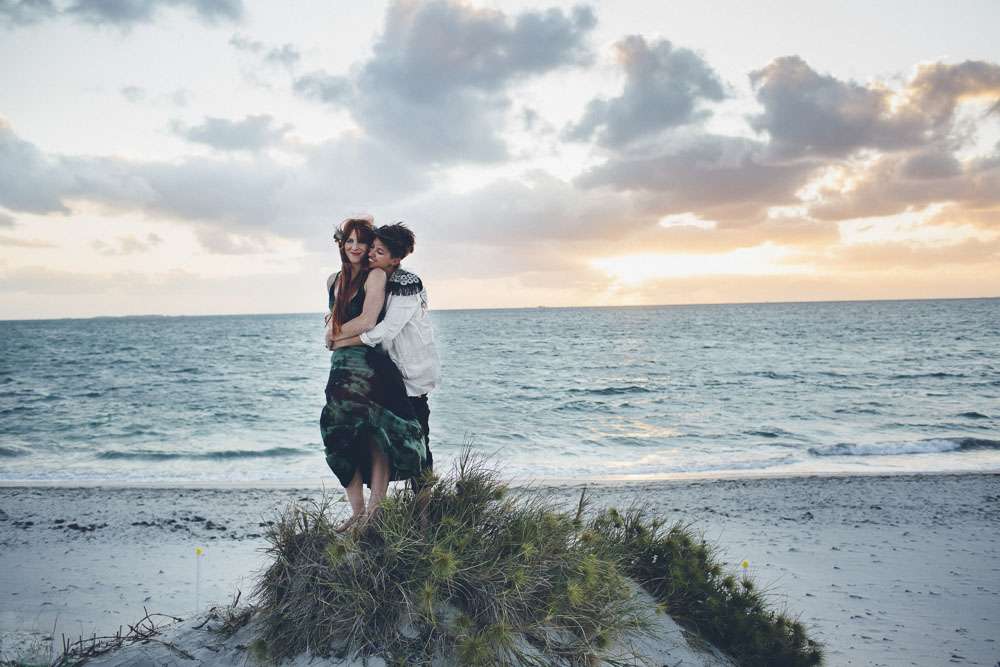 “And on top of that, I love photographs that promote LGBT love in a way that you can’t not love. Photography is a powerful tool to open people’s minds.” 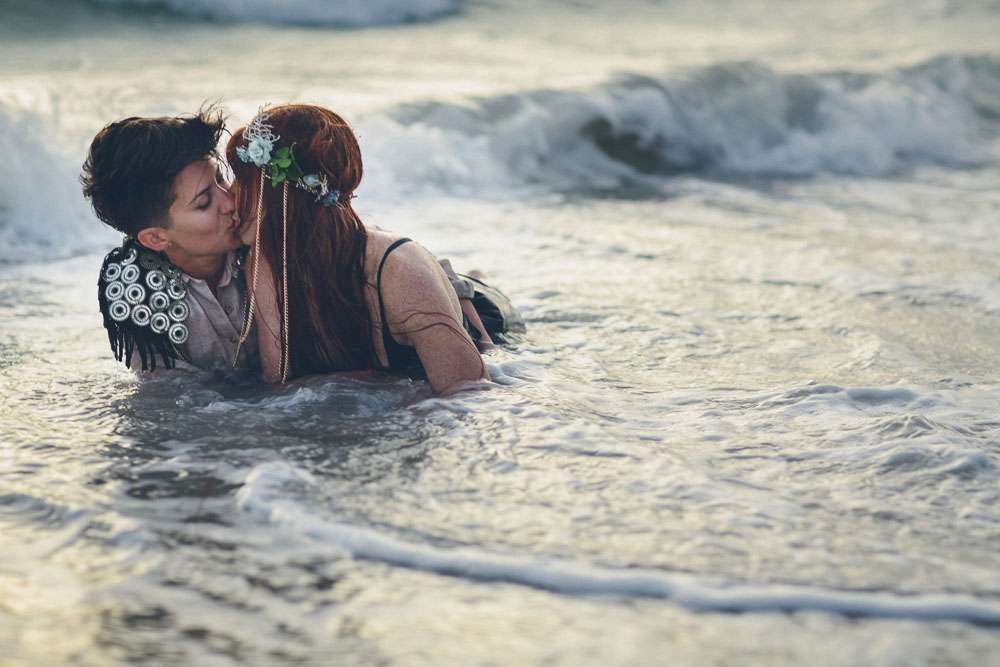 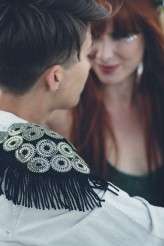 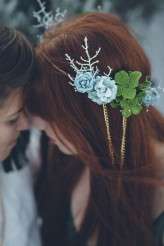 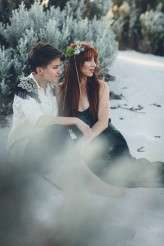 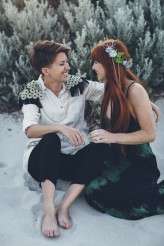 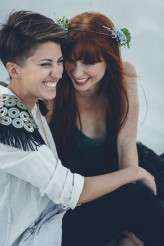 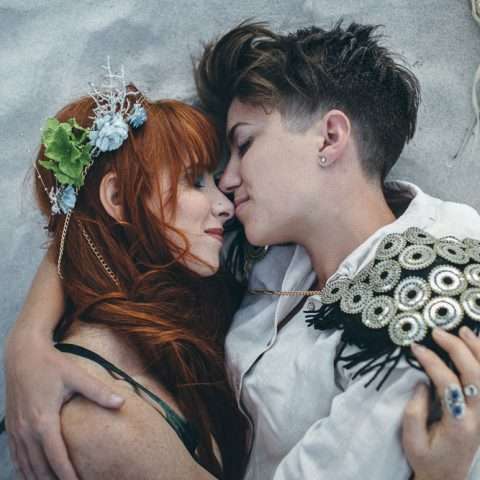 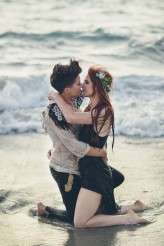 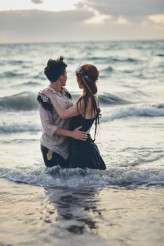 I'm not sure if I've seen a wedding shoot with a transgender model before which is why I am so excited to share this one with you today. Photographer Meghan Melia explains the inspiration behind this shoot.

Two Brides Are Better Than One: Barbie and Kendra Get Married

It usually it takes a couple of months for something to be published on the blog after I receive a submission for a feature (yes, my wait list is huge!) but when Barbie and Kendra's perfect pink pride-filled shoot landed in my inbox yesterday, and in light of the utterly tragic events in Orlando this week, I knew I had to let us skip the queue and feature it as soon as physically possible.

Inspired by the wonderful Steven Universe, a GLAAD award-winning series well-loved for its positive representation of LGBTQ+ themes in a nuanced and non-preachy way, this is the kind of wedding shoot we want to see more of!! Capturing something playful, colourful and creative (just like the show) in a way that will absolutely appeal to the Rock n Roll crowd.