Well, those are two things I never thought I’d be putting together but, as I’m sure you know, when it comes to alternative weddings nothing is off limits! You know what though, 90s grunge and Disney are both totally my jam! 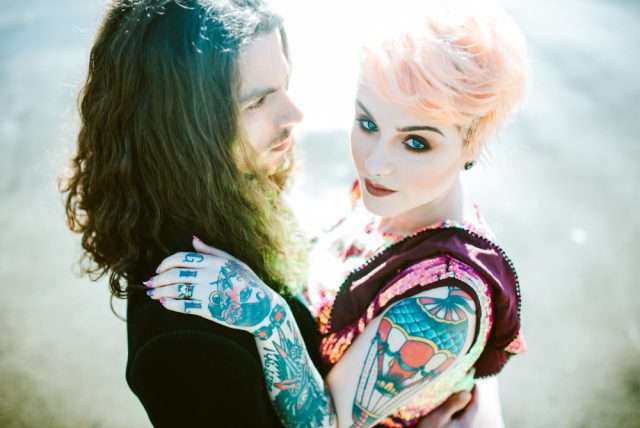 The mood board for this shoot was based around tartan shirts, Dr Martens,  Kurt and Courtney’s wedding on Waikiki Beach and Marc Jacobs’ Perry Ellis Grunge collection from 1992. “I’ve been lucky enough to have been part of many beautiful, ethereal styled shoots over the past couple of years, but none of them have allowed me to really scratch a more playful, eccentric itch”, explained florist Lisa of Floral Menagerie. “I was just desperate to make floral Mickey ears and put a flower crown on a groom!” 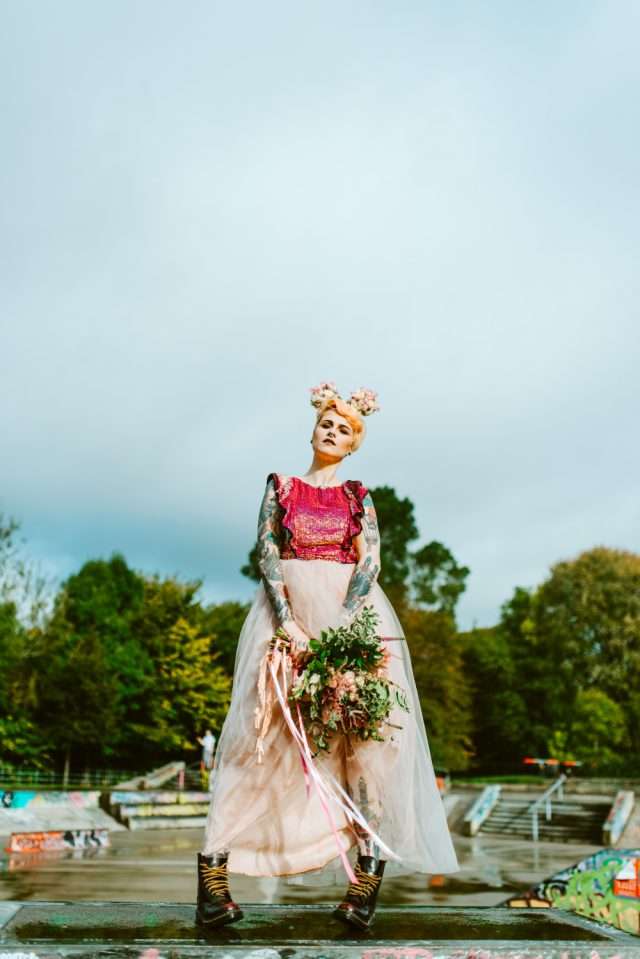 “Both Betty, our photographer, and I got married years ago – before we worked in the industry and before Rock n Roll Bride existed (boo!) and although we both still remember our weddings as the best day ever, if we were to do it all over again, this shoot is exactly what we’d do! Rock n Roll couples shouldn’t feel the need to conform – throw away all conventions and really let all your idiosyncrasies shine on your wedding day. I thought I was pushing the boat out by changing into my Dr Martens in the evening when all I really wanted to do was wear them all day. Yes, wearing ‘fashion’ clothes might date your wedding photos, but wouldn’t you rather look back and see who you were as a couple at that very moment in time rather than a watered down, vanilla version?” 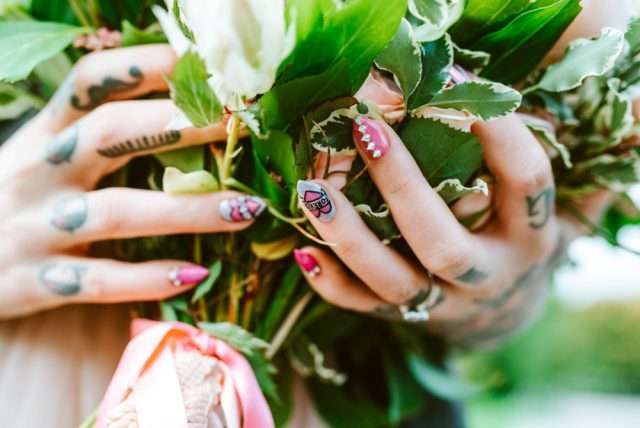 “We wanted to move away from the ‘bohemian, beard and braces’ look that has been so popular lately, and to instead look back to our favourite early 90s style icons. We love long haired grunge bands such as Nirvana and Pearl Jam and quirky girls like Fairuza Balk in The Craft. We wanted to play around with typical gender roles, softening our groom’s look by adding a floral crown and toughening up our bride with lots of tattoos and chunky footwear.” 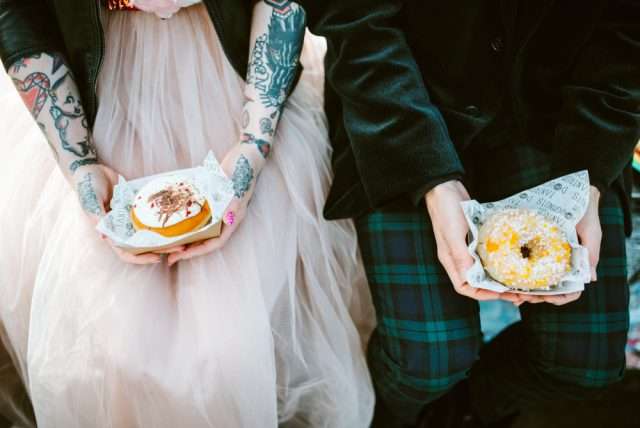 I don’t know about you but I utterly LOVE this shoot and all these ideas. More weddings like this please! 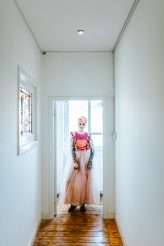 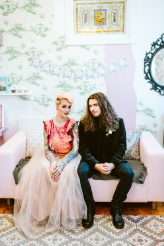 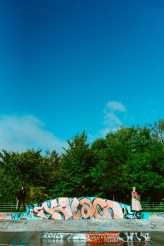 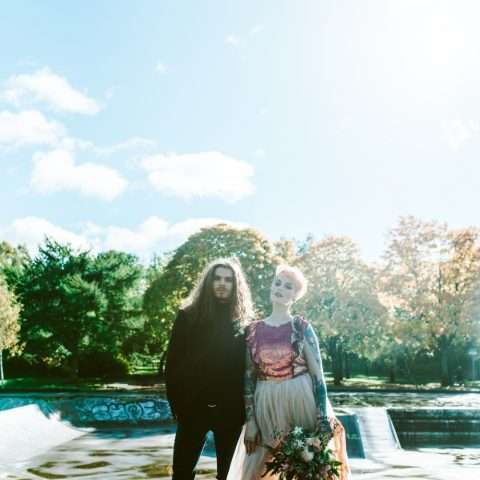 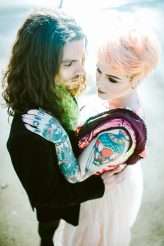 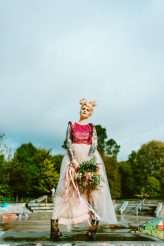 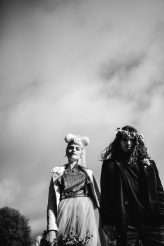 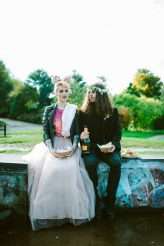 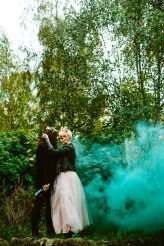 Yes, you read that right, and this shoot might not be safe for work but oh man, is it awesome. I love how non-weddingy this wedding shoot is! Sure, you might not want to get your baps out for photos on your big day or cover your beloved's beard is gold leaf, but you've gotta appreciate how damn amazing these models look, right?!