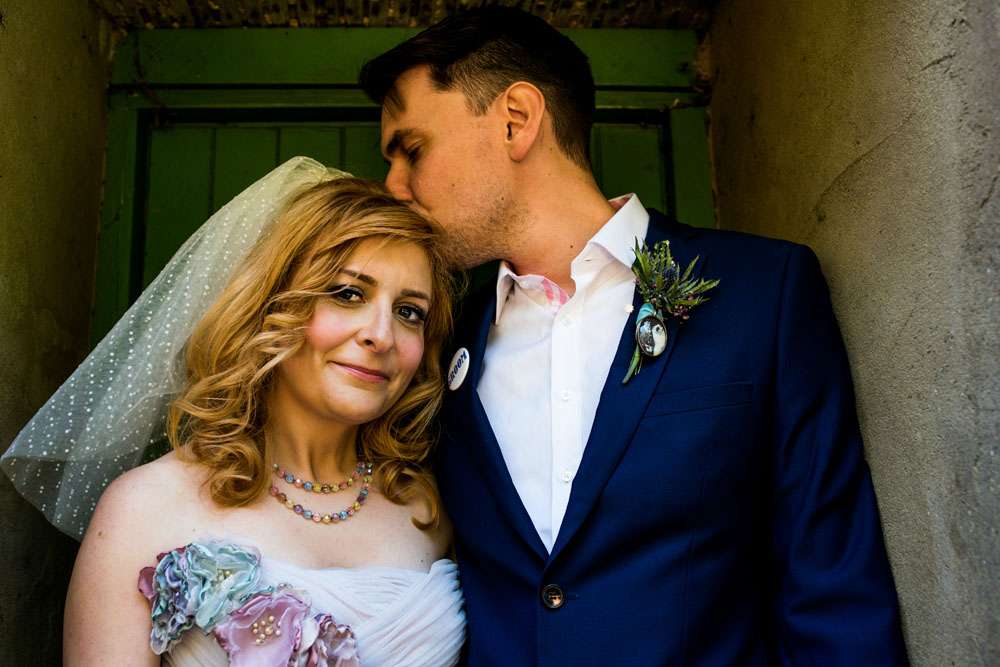 Ben and Rosie’s fun-filled July wedding has a summer festival and retro kitsch vibe. “Above everything, we wanted our day to be fun,” said the bride. “It hard to pick one theme because it just turned out being everything that was rattling around in my brain! However we were inspired by the 1950s and 60s and anything cute and handmade.” 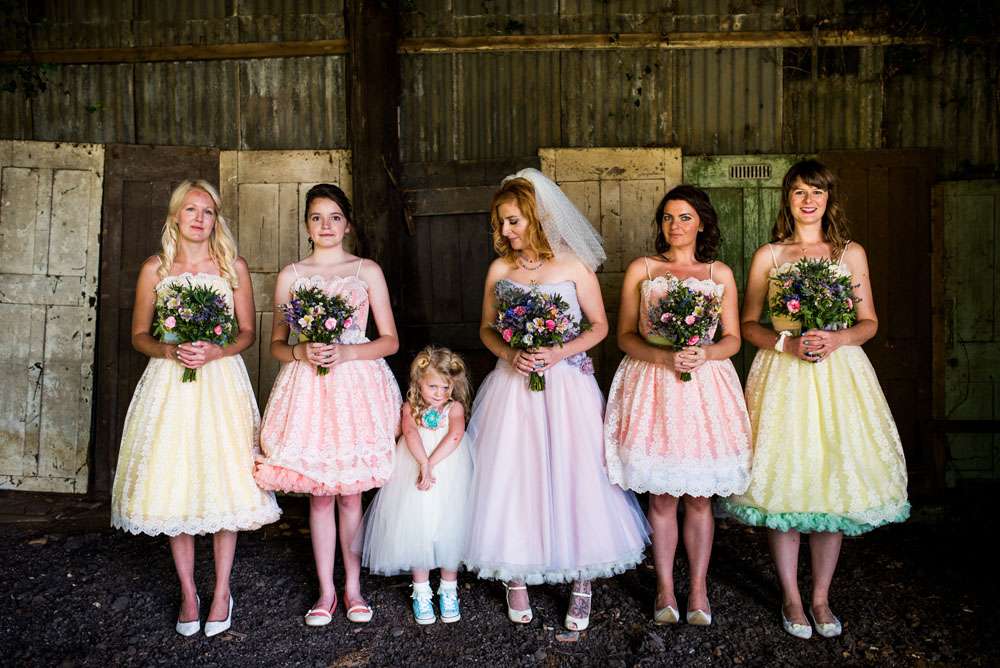 “I upcycled plenty of things including the celebrity coconut shy, and the table decorations. My mum and I also spent 18 months collecting vintage bits and pieces like embroidered hankies and tablecloths from car boot sales. We also collected vintage plates from which I made the cake stands. During the planning I learnt that people are only too willing to help if you ask.” 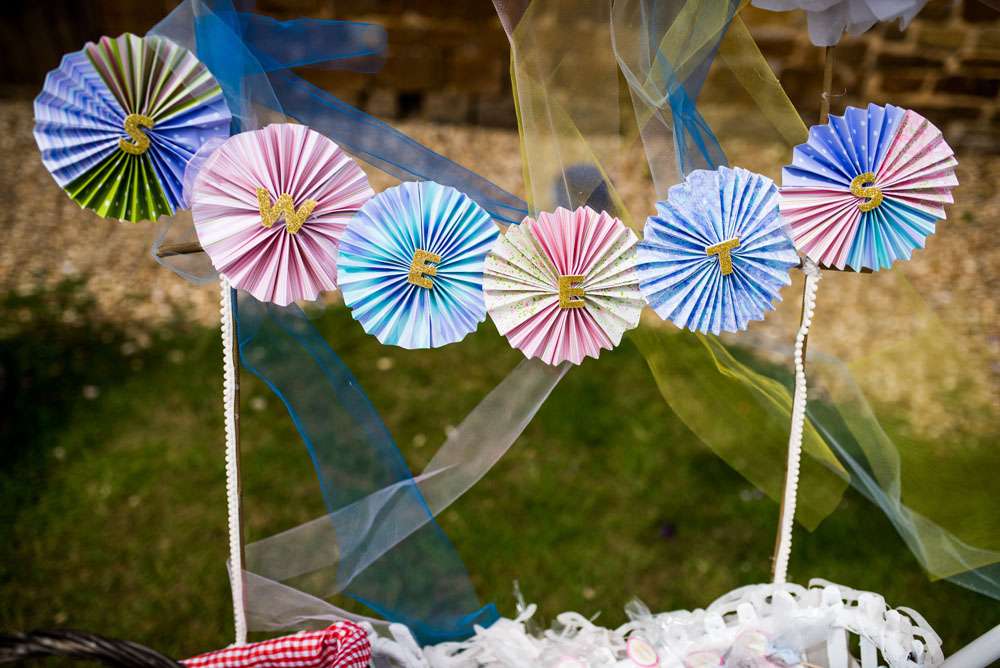 The bride wore two stunning dresses, both made by Kitty Lavender Couture (who have since ceased trading).  “The best part of the day was probably realising what a wonderful family I married in to”, she continued. “We are also so lucky to have some creative friends that helped us. The flowers on my main dress were handmade and added by my friend Abi. She also made the bridesmaid’s belts.” 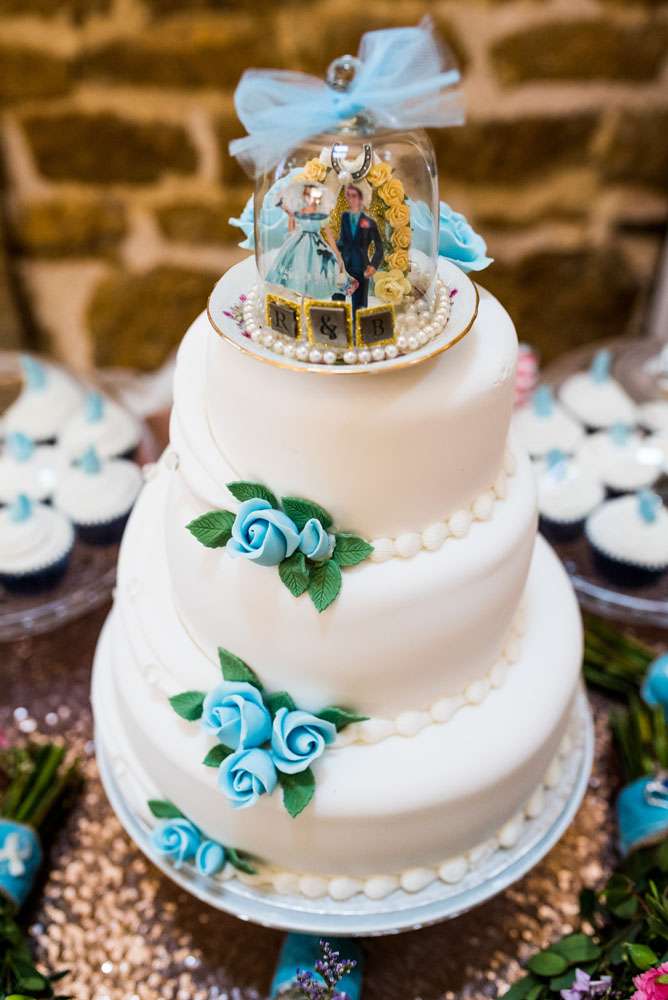 “We saved plenty of money by making things rather than buying them, we had a rule that we wouldn’t pay for things we could make ourselves. However the single biggest expense was our photographer, that was something we weren’t going to DIY! We looked for so long for a great photographer and when we Johnny Dent we loved his work straight away.” 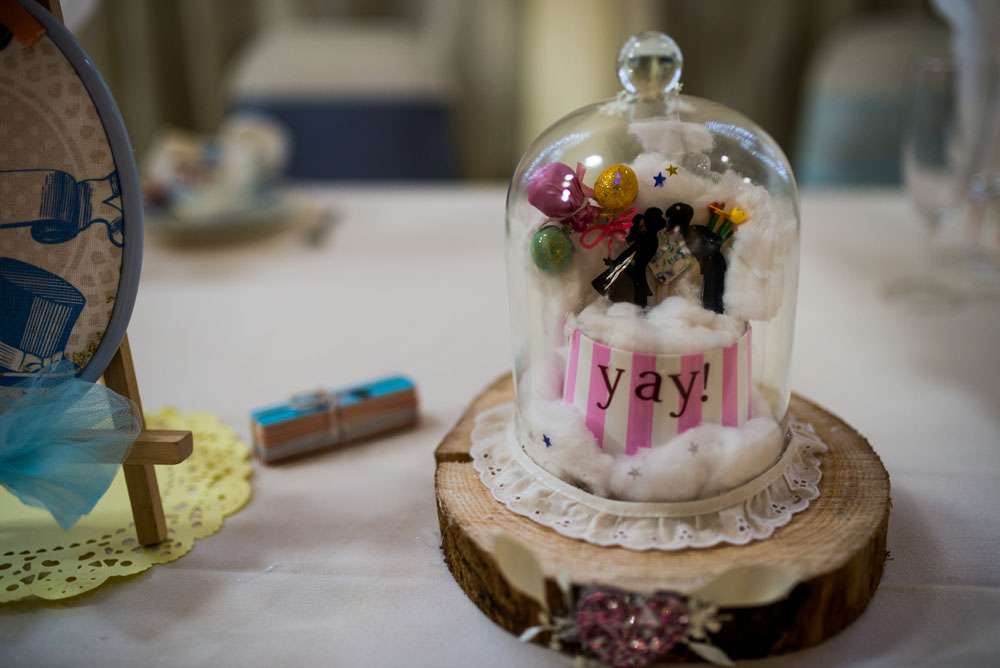 “The day was perfect”, she concluded. “Sounds cheesy but the absolute best part of the day was be surrounding by so much love and seeing everyone have a great time. It really is your day and my advice to other couples would be to make their weddings personal. Airbrushed perfect magazine images of weddings do not exist in the real world!” 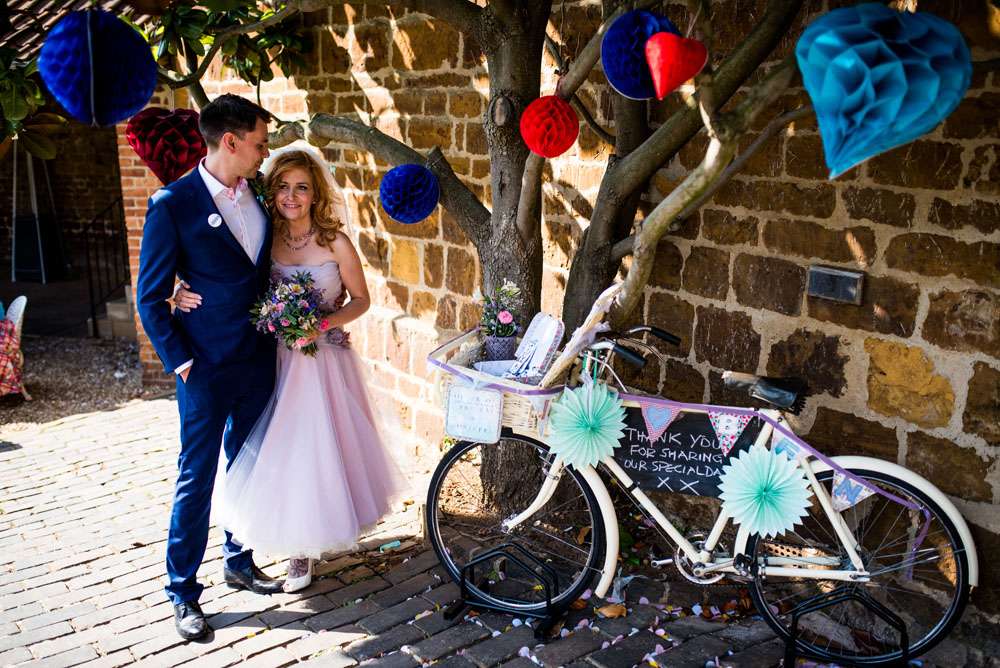 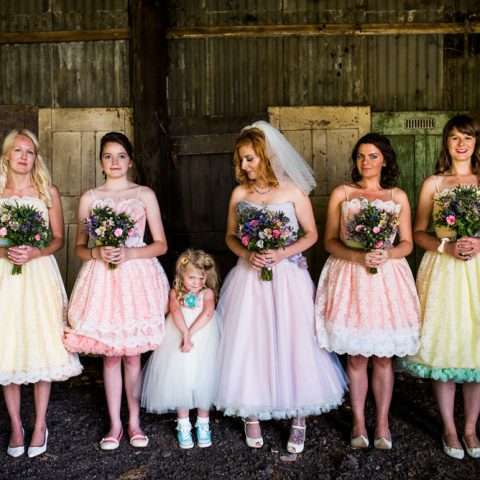 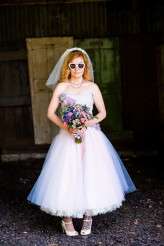 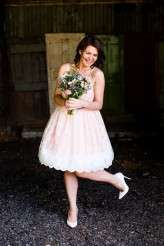 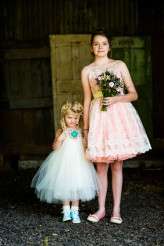 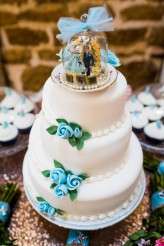 The inspiration for Nicole and Theo;s winter wedding was the colour palette of the Wes Anderson film The Life Aquatic with Steve Zissou. Other than that they just wanted the day to be relaxed.