The inspiration for Nicole and Theo;s winter wedding was the colour palette of the Wes Anderson film The Life Aquatic with Steve Zissou. Other than that they just wanted the day to be relaxed.

“We used the reds, blues, and yellows of the film throughout the wedding”, said the bride. “We had a winter wedding in February, which meant being prepared for a cold, rainy, dreary day. In the end, the rain held off, but we did have a number of big yellow umbrellas on hand!” 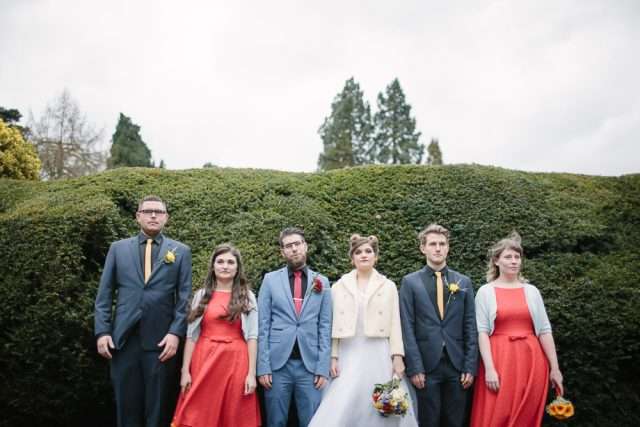 “There were some DIY elements to the wedding, including hand crocheted hearts in our wedding colours. These were sprinkled on the tables during dinner, and I was pleased to see guests wearing them and taking them home. We also had some retro elements, including hand-assembled bags of penny sweets as favours, which my family helped me assemble while jet-lagged a couple days before the wedding!” 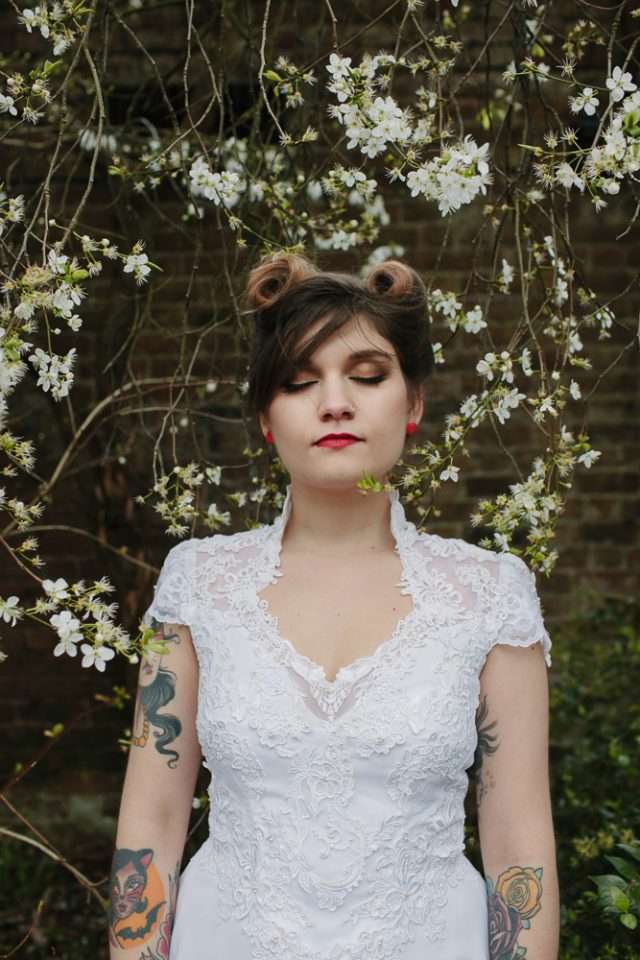 “Something else that was pretty significant about our wedding was that everyone was sick! My mom was very ill during the week-long trip my parents took for the wedding, and Theo’s mom ended up getting sick a couple days before the wedding. I got sick a few days before, and wasn’t feeling great on the actual day. Theo was feeling well until we sat down for dinner, when it caught up with him. There was an hour-long break in between dinner and dancing, and Theo and I spent it in our room, sucking on cough drops and blowing our noses! I’m surprised I made it through the ceremony without having a coughing fit.” 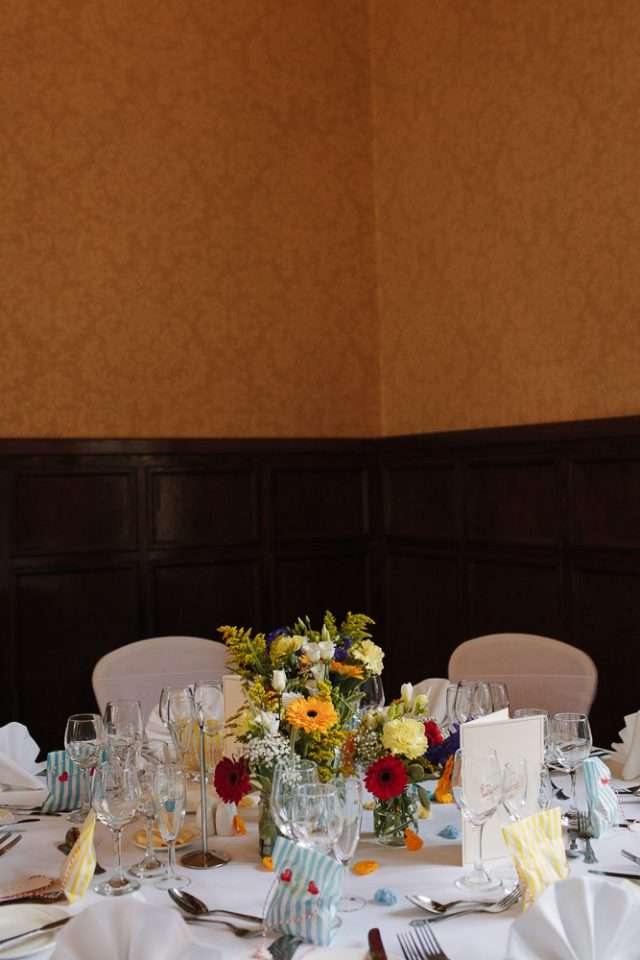 Their biggest expenses were the venue, The Grim’s Dyke Hotel, and their photographer. “We had an all-inclusive package for the venue and they also did the catering and flowers. Our second biggest expense was our photographer, the lovely Joanna Brown (who I came across on Rock and Roll Bride!). Having a degree in photography myself, it was incredibly important to fully trust in the abilities of our photographer, and have really great photos to look back on. We absolutely loved Joanna’s portfolio, and felt it fit in with our Wes Anderson vibe. I also really love that Joanna also shoots film, and I really treasure the print she made.” 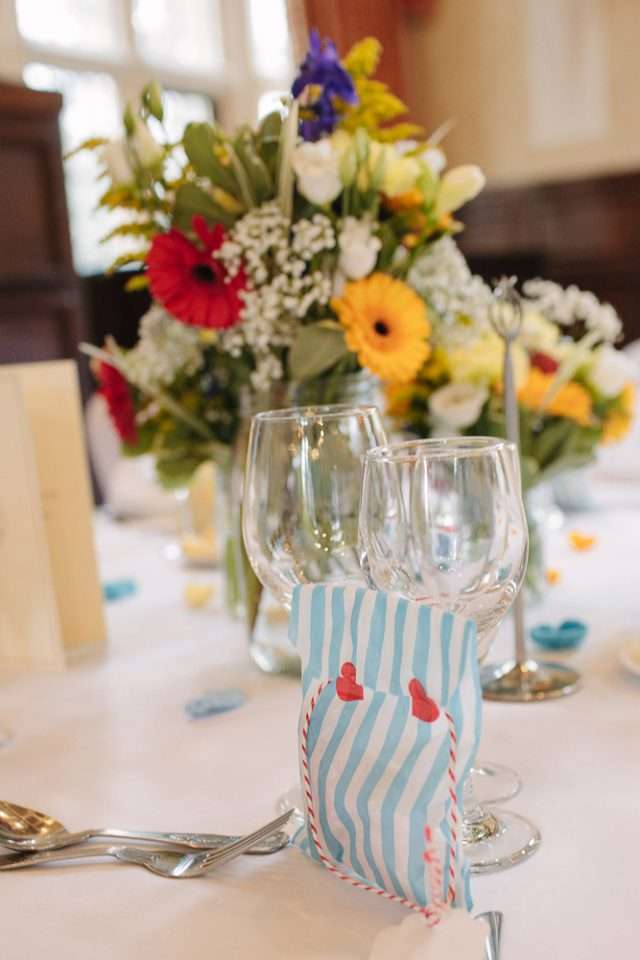 However they saved on the cake (from Waitrose), the DIY stationery and the bride’s dress which was her mother’s! She had it altered and re-designed a bit to suit her better. “My outfit was on the cheaper side. My mom gave me her wedding dress, which I altered to fit a more 40s/50s retro vibe. The dress was redesigned by a designer based in St. Paul, Clare LaFond. Originally the dress was long with a long train, and Clare made it knee length. She also removed the long sleeves and made cap sleeves. Apart from the dress itself, my nails were my favourite part of my wedding outfit. I am a huge lover of nail art, and Nancy did such an amazing job with them.” 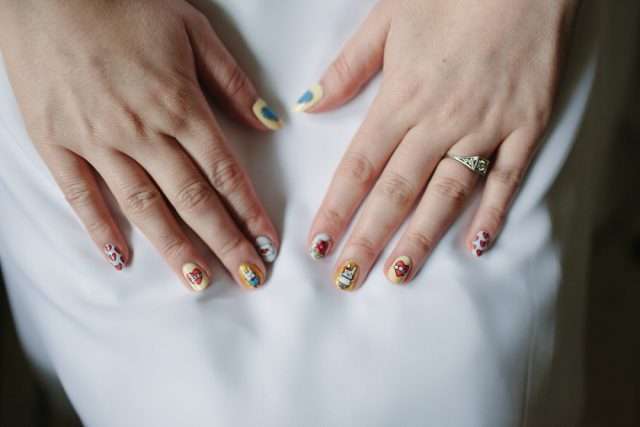 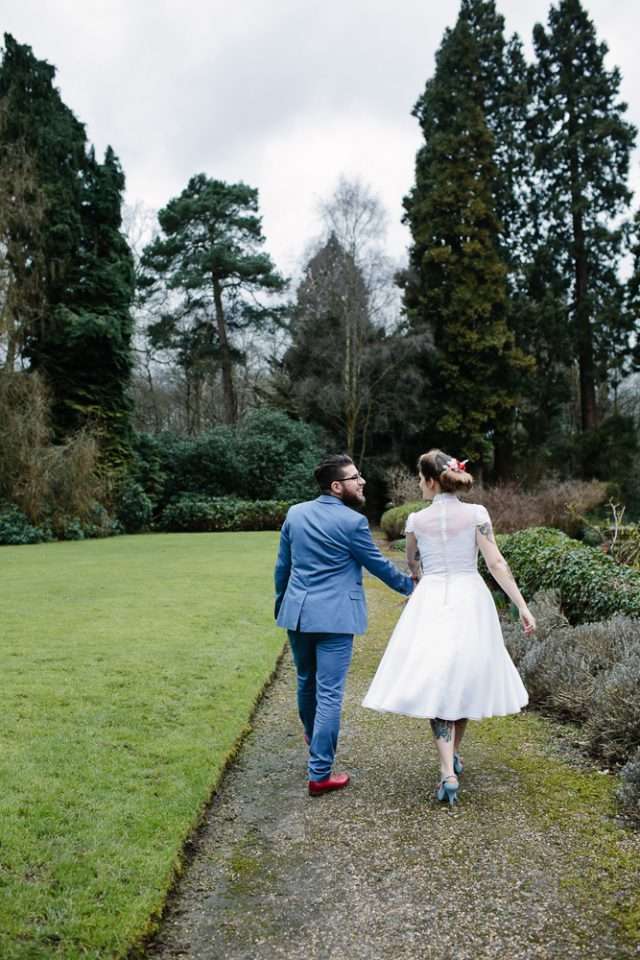 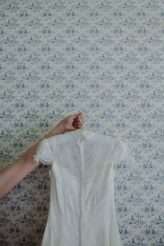 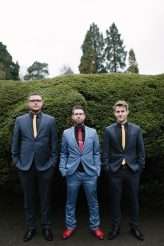 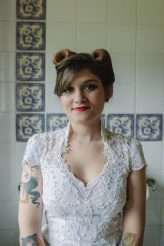 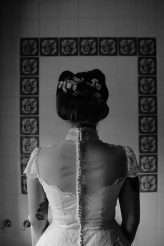 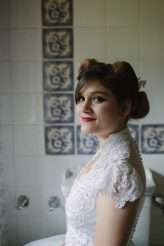 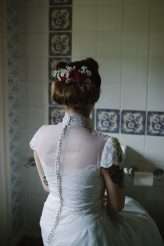 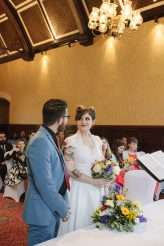 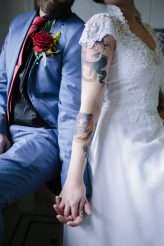 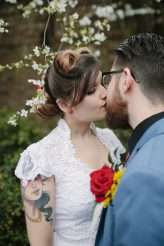 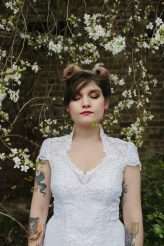 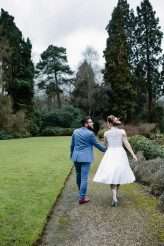 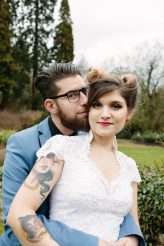 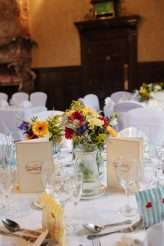 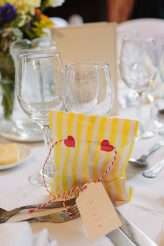 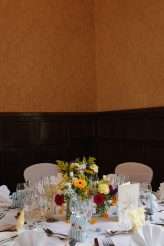 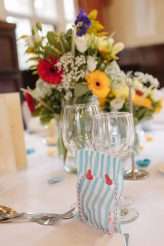 Ben and Rosie's fun-filled July wedding has a summer festival and retro kitsch vibe. "Above everything, we wanted our day to be fun," said the bride. "It hard to pick one theme because it just turned out being everything that was rattling around in my brain! However we were inspired by the 1950s and 60s and anything cute and handmade."