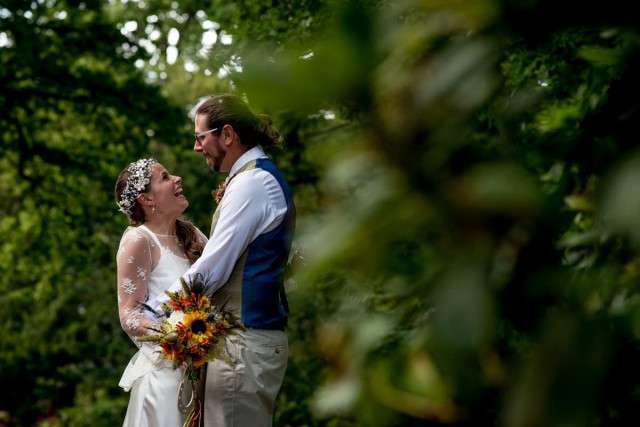 Emma and Leigh had their wedding in their own back garden. They wanted something relaxed and colourful, and inspired by some of their favourite places.

“The inspiration for our wedding grew over the few months we were engaged, we didn’t set out with an initial plan but knew we wanted it to feel relaxed, colourful and have a country element”, said Emma. “I lived in Kenya for a while and love the bright colours of African material. I bought some when I went to Uganda last year and began making bunting. A shop in Tetbury called Artique is an Aladdin cave of Indian artefacts. The owner showed us bright wall hangings and large umbrellas which they have used at Womad festival. We also wanted to bring in a country feel. I love sunflowers, so this also added to the expanding bright colour theme.” 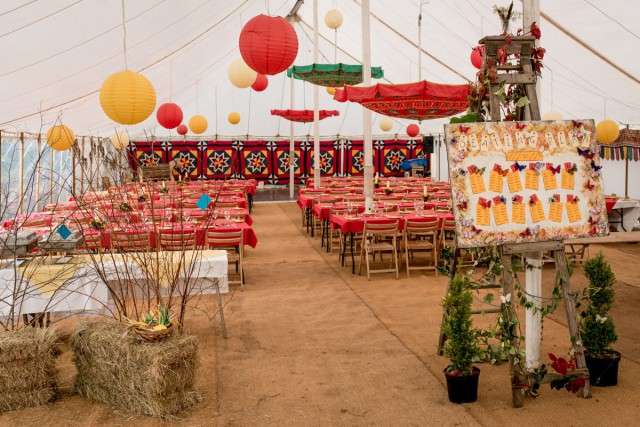 The ceremony was held at Westonbirt Arboretum and the bride arrived in her Grandpa’s consul. “It was much more relaxed and personalised than we could have ever imagined”, she explained. “There were spontaneous fist pumps between Leigh and bridesmaids as they came down the aisle. We had lovely readings that were chosen by our friends and two special songs sung by our talented friends.” 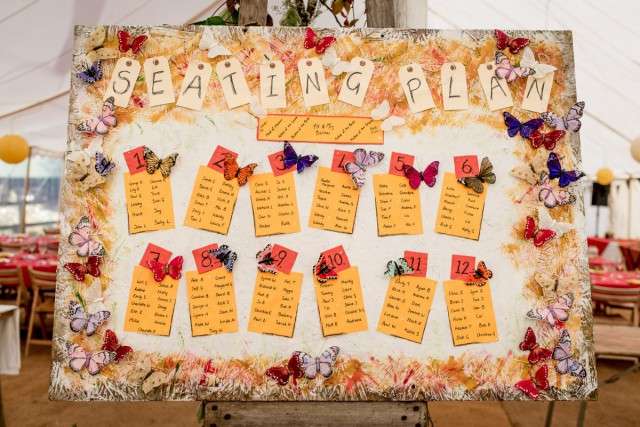 “Our wedding planner, Lynn Edwards, had so many creative ideas for personal touches at the reception”. Emma continued. “We had flowers hanging in bottles for the ceremony. We also had lots of  lanterns made out of tin cans which we lit around the garden in the evening. We could not have done it without the sharing of unique items, interests and talents from our friends and family. The garden looked amazing. We borrowed an old fashioned popcorn machine, small shrubs, bales, benches and trestle tables. A wooden horse on wheels even turned up! We had gold fish on the top table which were a complete surprise and added due to Leigh’s love of marine life. Finally, Leigh’s Dad had spent months, showing off his talented refractory brick work skills by building a large pizza oven in the garden, which was the highlight on the Sunday during which the celebration continued with music, choir singing, home made sausages and Leigh’s Mum’s amazing baking.” 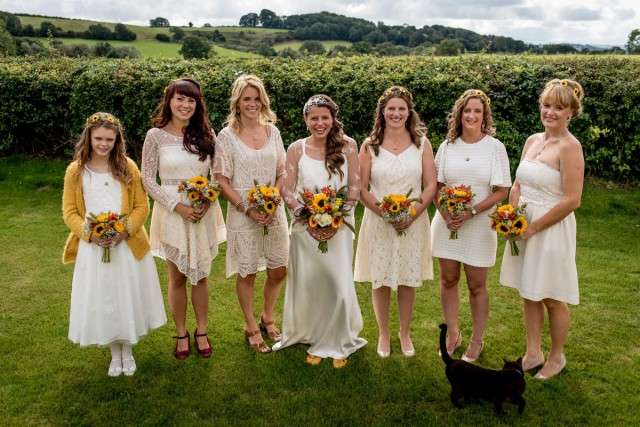 The bride’s favourite part of the wedding was all the home made elements. “We had lots of help with the DIY projects. We pressed daisies for confetti which were put into handmade boxes. There was lots of home made bunting, and pressed leaves along the tables. Our vows were written on glass bottles which held flowers and pheasant feathers.” 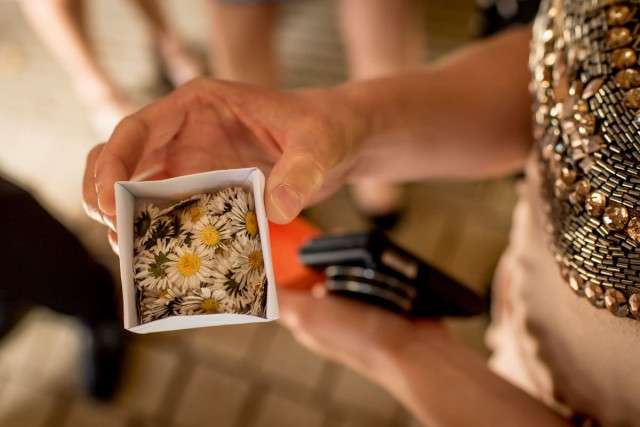 “The general happy, relaxed and loved-up atmosphere throughout the day was so amazing. We felt so honoured, spoilt and loved. There were some very special readings and poems written by friends and family. We don’t have a particular favourite part other than saying ‘I do’! It was all very special!” 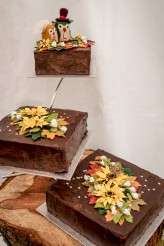 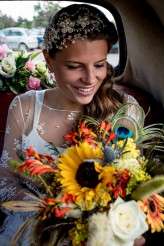 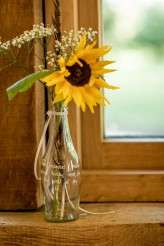 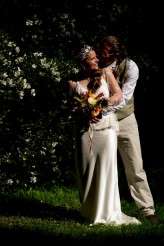 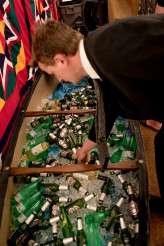 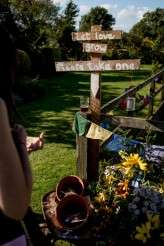