If glitter, rainbows and silliness are your jam, then you’re going to LOVE Emily and Jack’s Lake District wedding. They really went to town on the creative décor ideas.

“The décor was so much fun to do”, said the bride. “We had huge paper pom poms, glitter covering every surface, handmade ‘Mr and Mrs Powell’ bunting, bright paper bunting and paper garlands. Each table had a different theme and the centrepieces on each was things that matched that theme.” 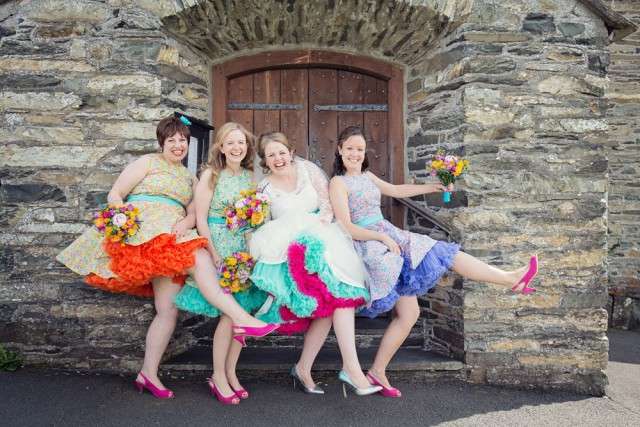 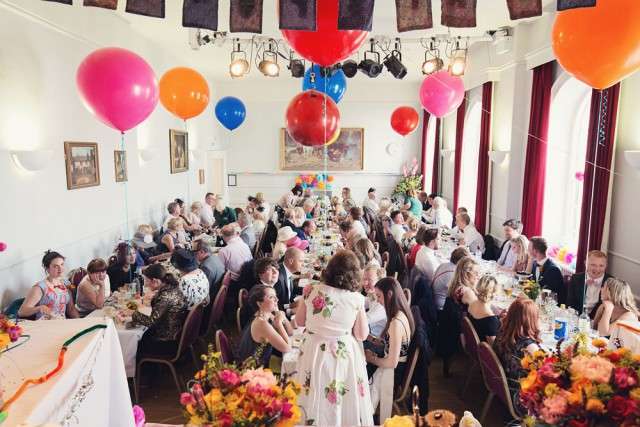 “I have my run my own paper cutting company called Rhombus and Pineapple. We designed and made each table name setting to match them theme of the table too. If a guest was on our Lego table, they had a paper cut Lego man on top of their name, on the seaside table they had all sorts of images like sand castles, fish, shells. The glitter table had stars and the teddy bears picnic table had Pooh and Piglet holding hands. The wedding invites were also paper cut cards of Jack and I walking up the hill to the church with our initials and the date. For the seating plan Jack and I illustrated and painted a very bright plan and we really went crazy with stickers!” 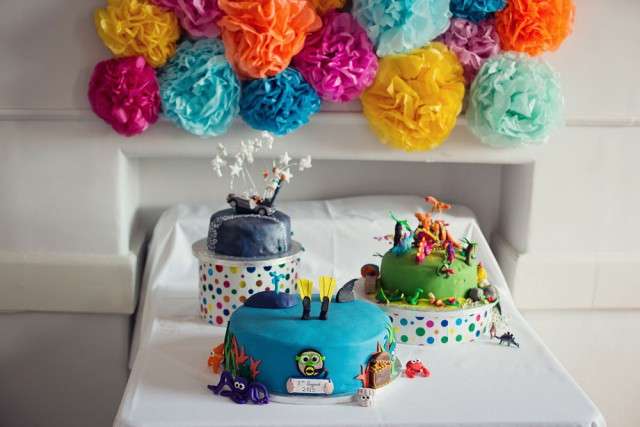 The cakes were decorated by the bridesmaids and the bride’s mum, who also made the bride and bridesmaid dresses. “Each cake had different theme – under the sea, dinosaur land and space! For my dress we designed a 1950s style dress with three-quarter length sleeves and a turquoise sash. I had always wanted bright underskirts and I wore two from Doris Designs. The bridesmaid dresses were all the same style but each was made in a different Liberty fabric.” 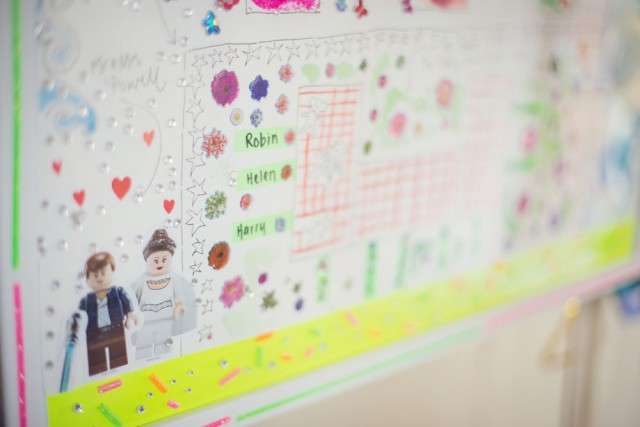 The church ceremony was held at St. Michael and All Angels. “The Order of service was also very special to me, my Dad died when I was younger and he was a huge comic book fan just like Jack. So we used old copies of the Beano and Dandy and just used novelty paper clips to attach the the order of service inside. We then used Star Wars Lego stickers and sparkly spots and stripes to give it an extra something! Each Beano and Dandy was tied up with bright Liberty print and attached quotes from Winnie-the-Pooh because Jack and I love the books so much.” 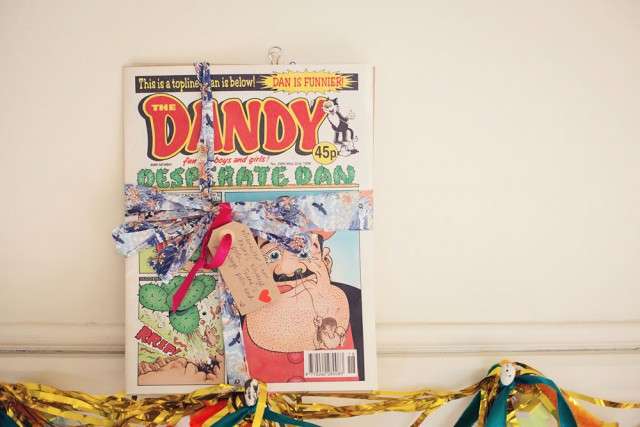 “Our overall theme was bright, fun and eclectic”, Emily concluded. “We wanted to make it very personal for us and so used various things we enjoy to celebrate our love.” 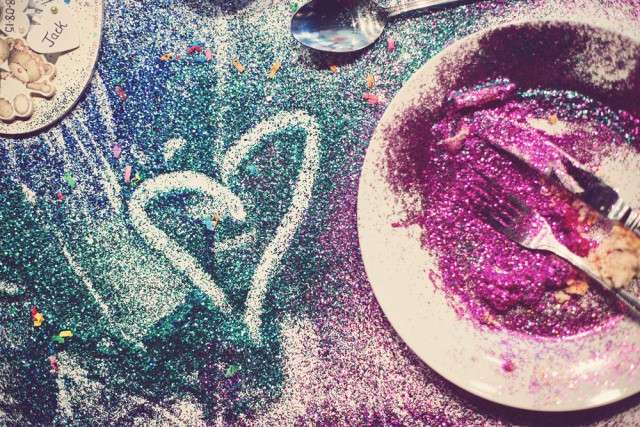 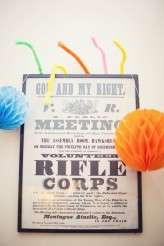