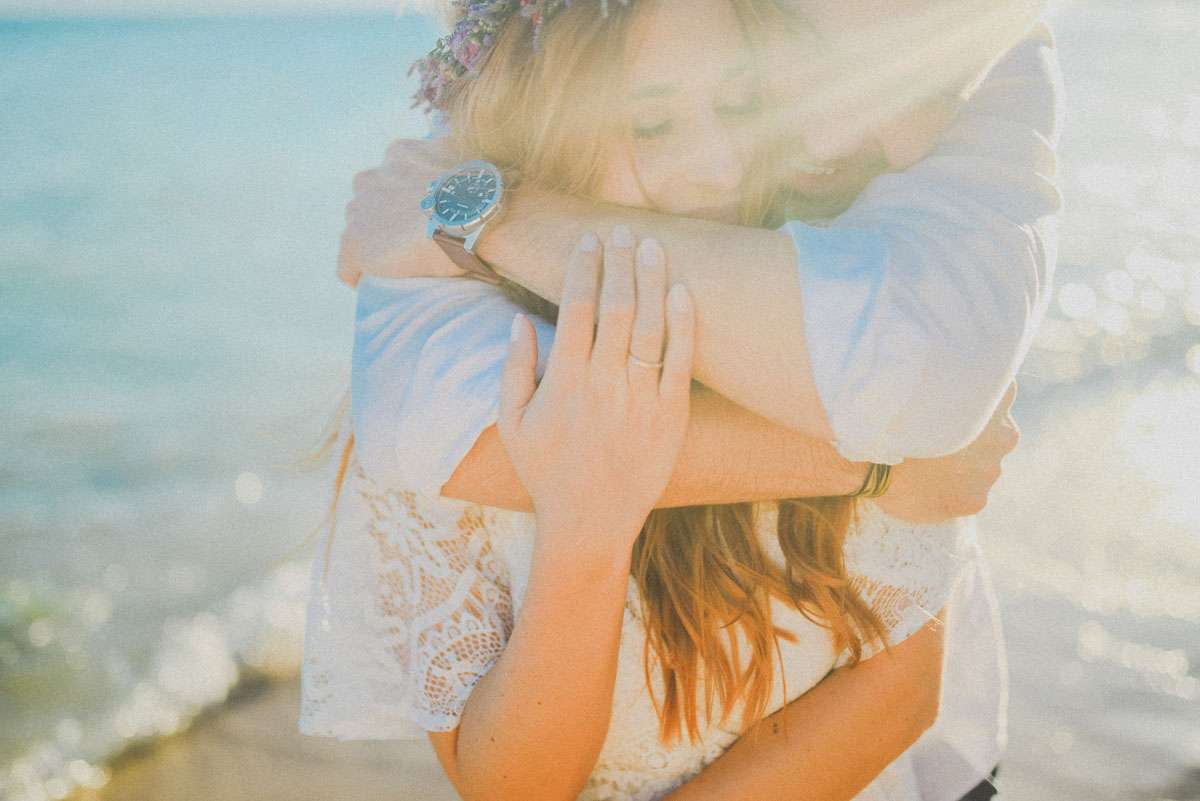 Anja and Almir eloped in Lisbon, Portugal. They started the day with a legal ceremony, followed by some photographs around the city. However their second ceremony, on a beach in Bafureira was the one they felt most connected too.

“Our wedding was about celebrating ourselves and starting our new life together the way that felt most natural”, the bride said. “We did it just for the two of us. We were inspired by Lisbon itself for the photos we had taken.” 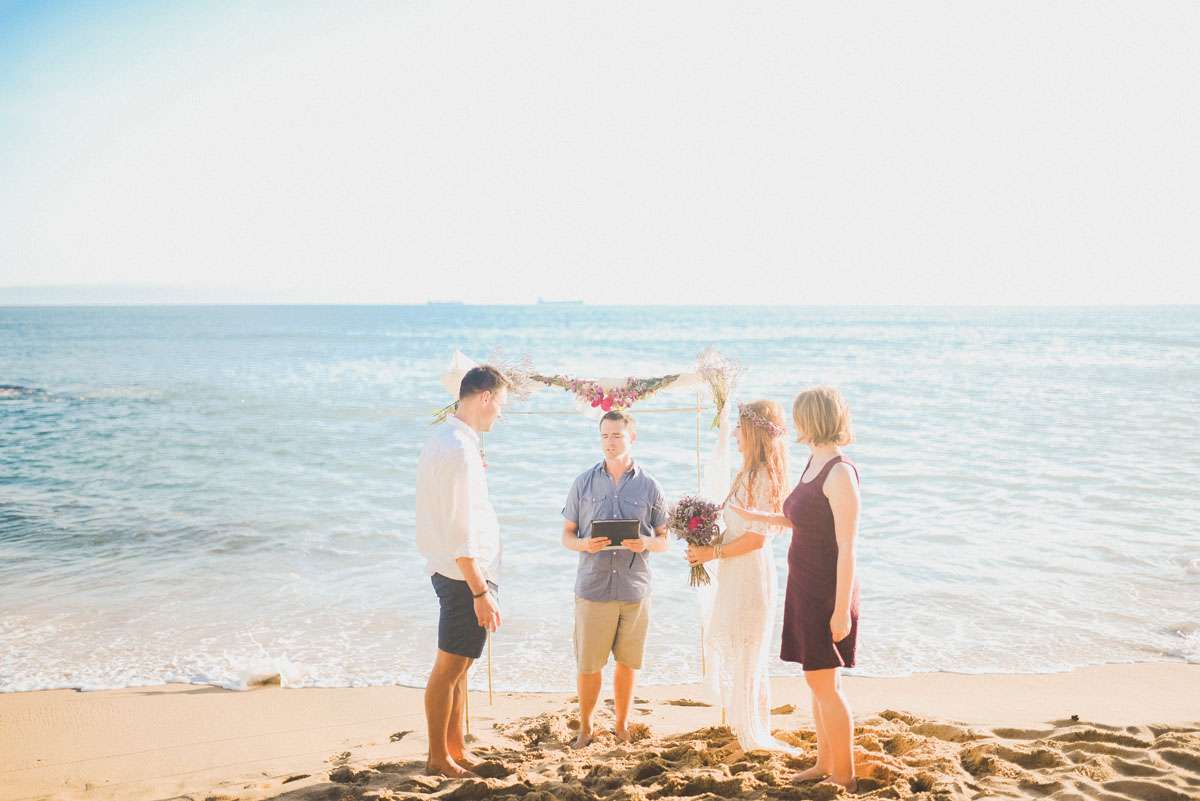 “Nobody knew about our plans to get married”, she continued. “We informed our family and friends after our ‘weddingmoon’. We also did things very quickly, planning it all in under a month. In that time we booked flights (we are from Vienna), our hotel, hair and make up, flowers and made a wedding arch. We spend less than two hours finding out outfits. My dress was from H&M. We had no formal reception, we just booked a restaurant for dinner the day before! We also booked a tuk-tuk for a ride across Lisbon’s oldest parts to take photos.” 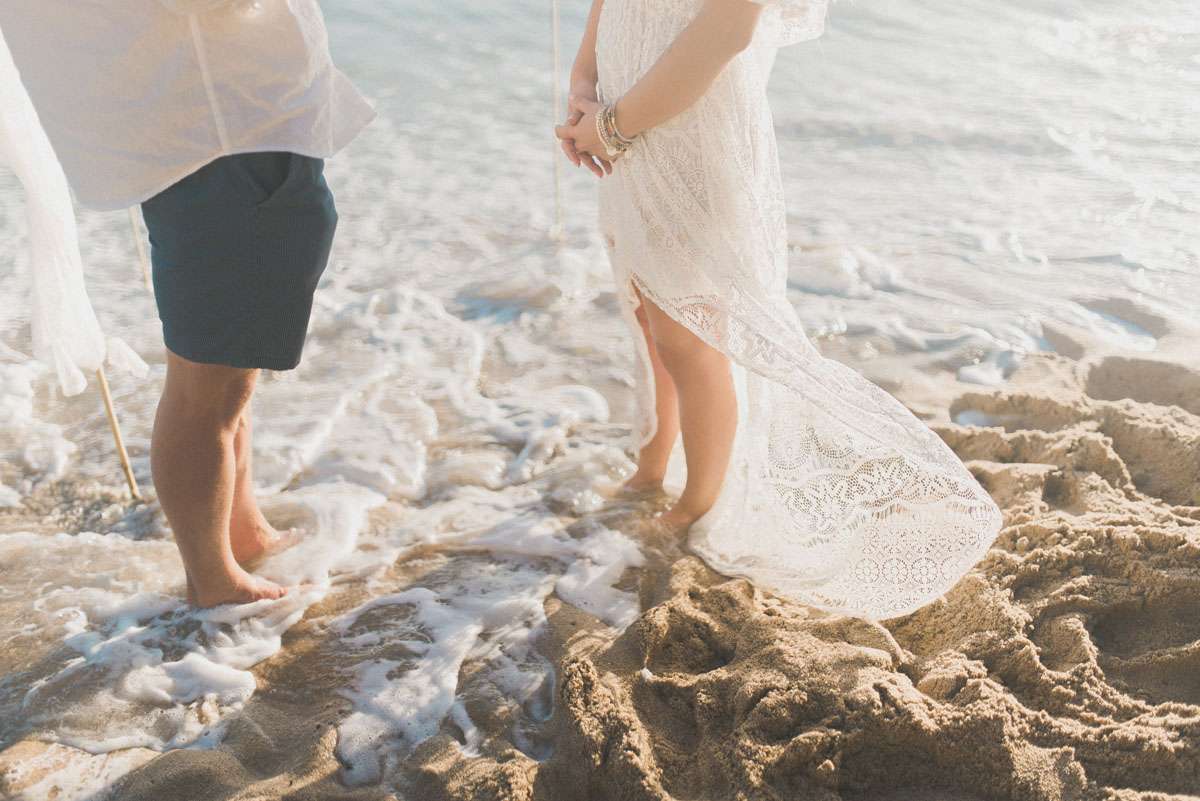 One of the couple’s witnesses was actually only picked the day before the wedding. They met them for the first time at the legal ceremony! “The official ceremony was quick and funny, because we didn’t understand a word of Portuguese. However, we had a translator, so we knew when to say ‘yes’. Afterwards we went with our photographer and our witnesses to grab some fast food (just to keep the sugar level high enough for the rest of the day!) and we took a two hour ride with a tuk-tuk across Lisbon’s oldest parts to take photos.”” 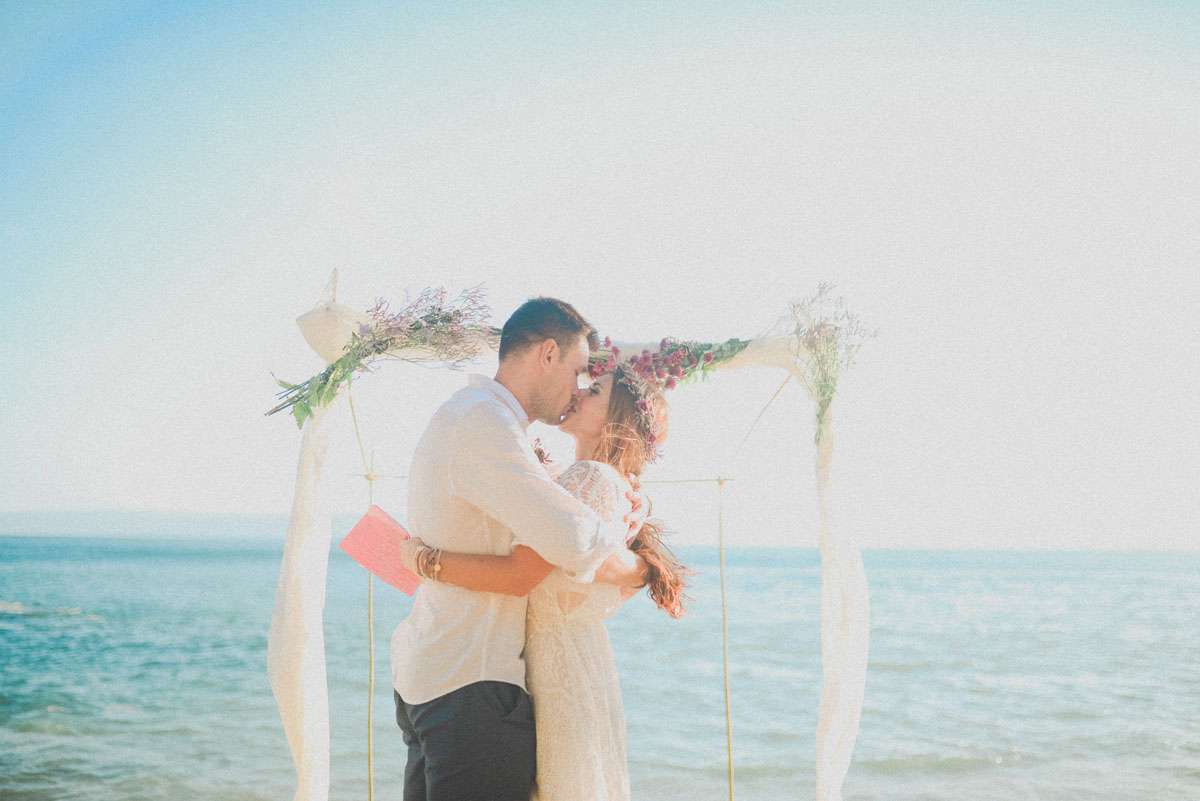 “Then it was time for our beach ceremony, which to us was more important than the official one. We arrived to our favourite beach and had immediately to come up with a new plan because it was freezing and the wind was really strong! We drove around for about an hour checking out other beaches until we finally found a small and hidden one which was perfect. 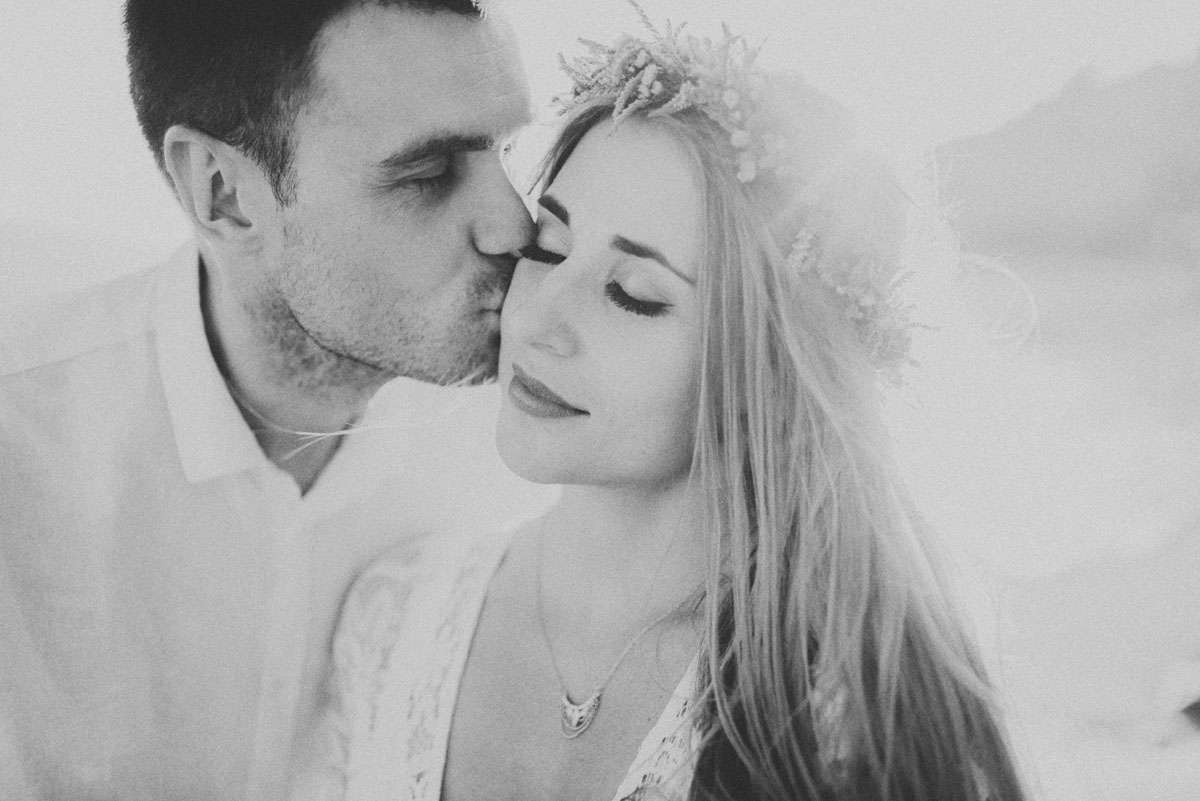 “We hurried up with building the arch and had an unforgettable wedding ceremony at the beach, with our feet in the ocean, during sundown. We enjoyed the moment, the sun, the waves, and made our vows and clinked glasses at the end. When sun went down, we went back to the city, changed clothes and had our wedding dinner in a restaurant we picked randomly that night.” 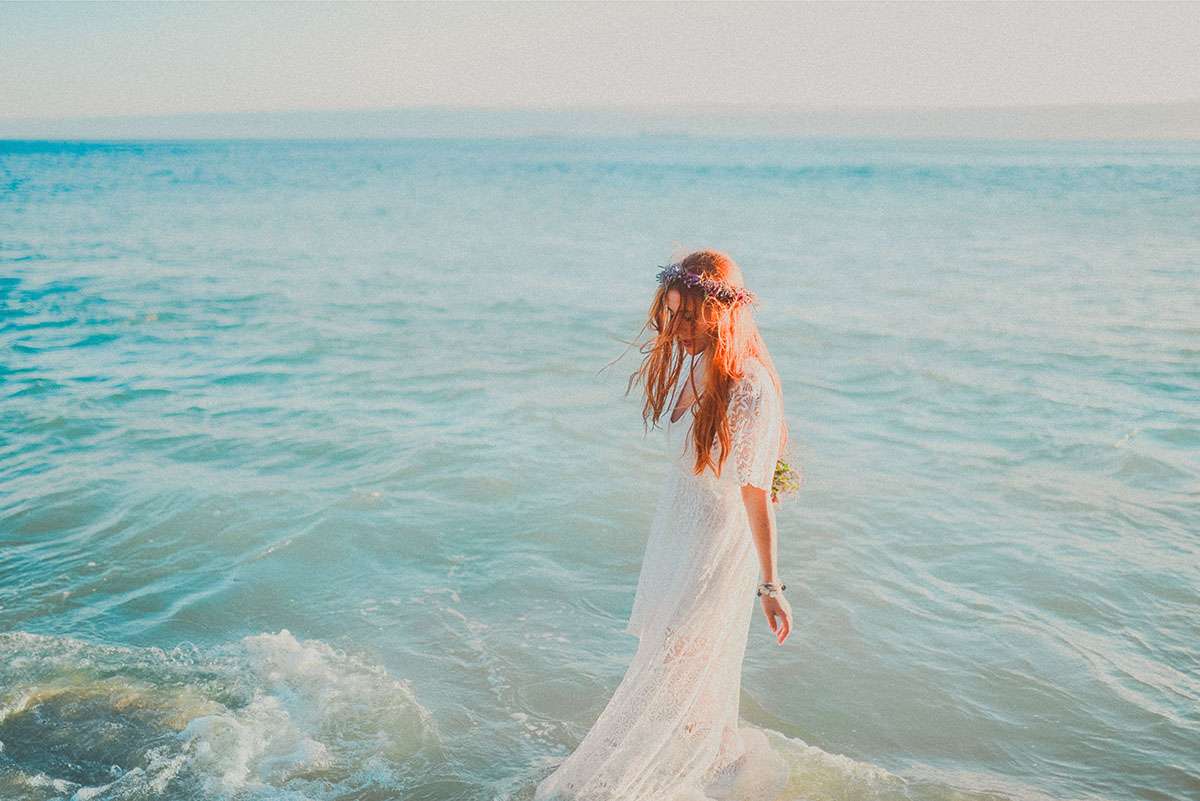 “However there were some stresses and if I could do it all again I’d tell myself not to worry about things so much”, she concluded. “It will all turned out wonderfully. Nothing can destroy your day if you are celebrating the love of you two.” 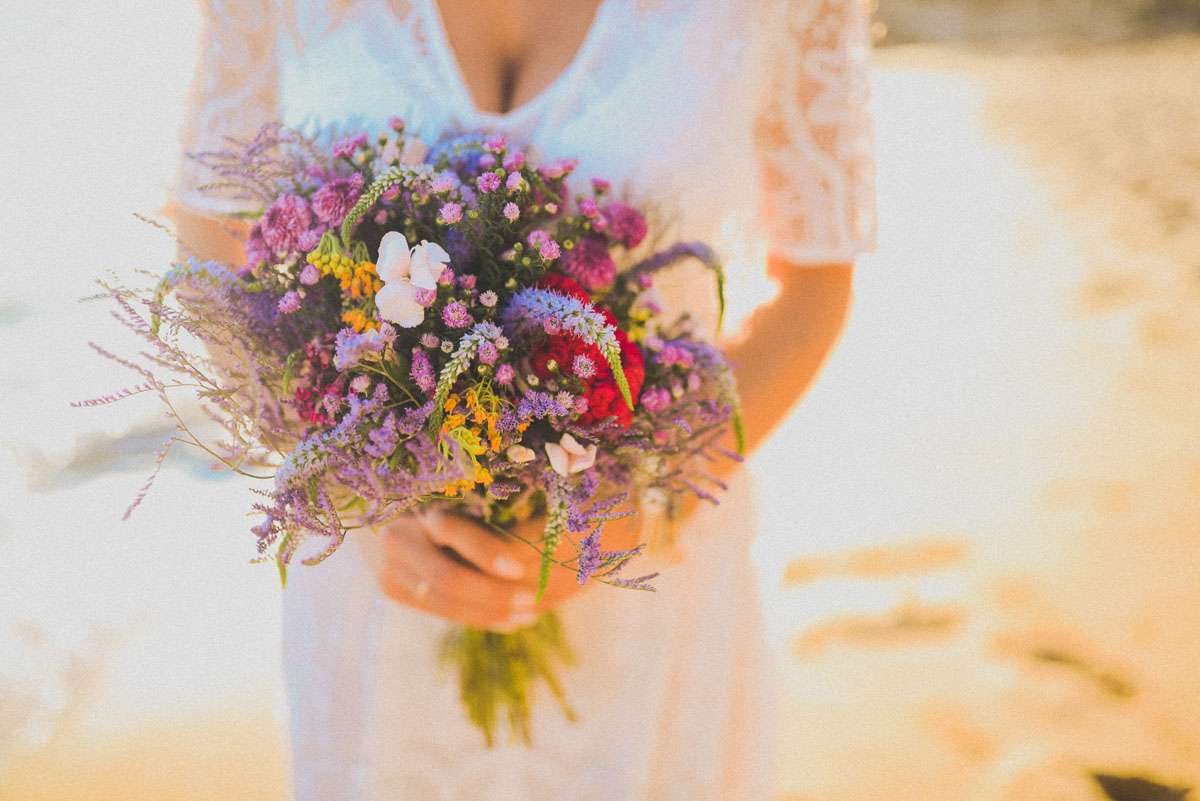 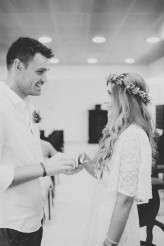 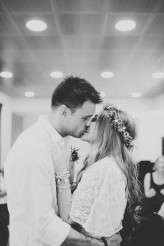 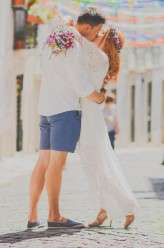 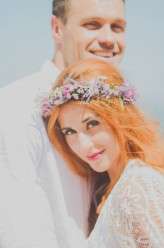 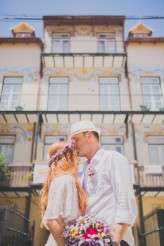 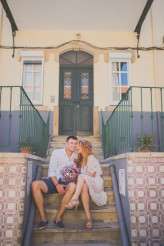 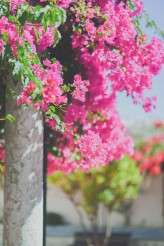 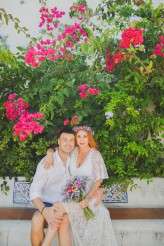 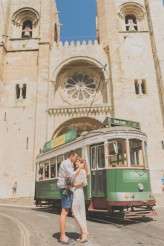 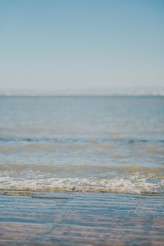 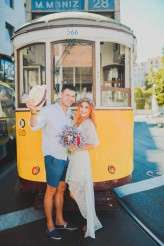 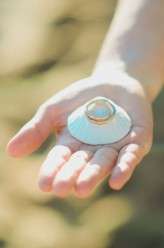 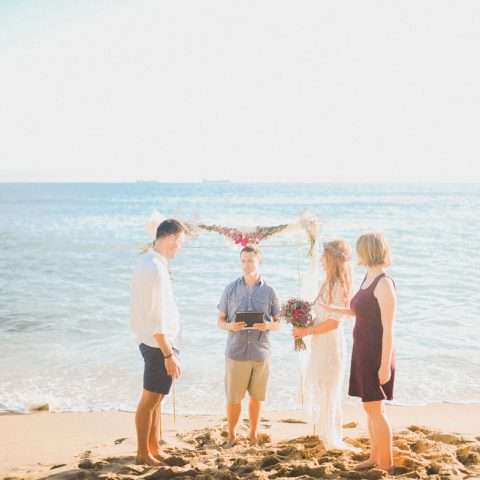 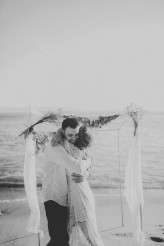 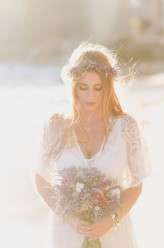 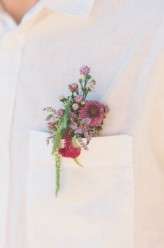 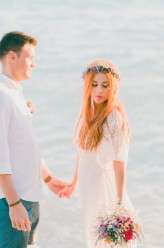 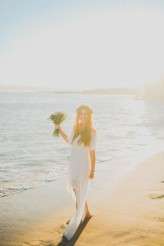 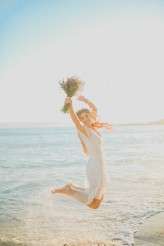 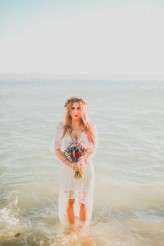 Jac and Matt's November wedding was, like so many 2020 couples, smaller than they thought it would be. Although they didn't get the big party of a wedding which they initially planned, after having to reschedule twice, they decided to pair everything back and just elope on a beach instead.