There is nothing more exciting to me than seeing weddings like this. Ones with truly unique ideas and styling, and ones that so very clearly express the style and mutual awesomeness of the couple! Roxanne and George were married in London on Halloween but then went home to Romania for a big celebration. 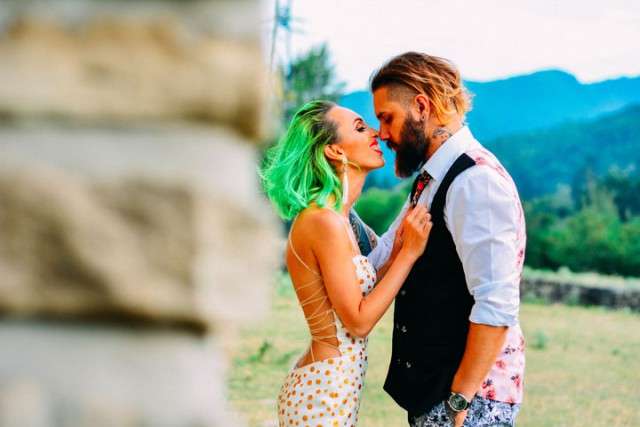 “Our wedding was non-traditional, cool, funny, colourful and with loads of love and fun”, said the bride. “We wanted our wedding to reflect who we are. We had this wedding party three days before our two year anniversary.”

“Our small team of ‘fashion and other demons’ (helpers!) were responsible for the groom’s vest, my dress and accessories, and even dying my hair. They also helped with all the decorating.” 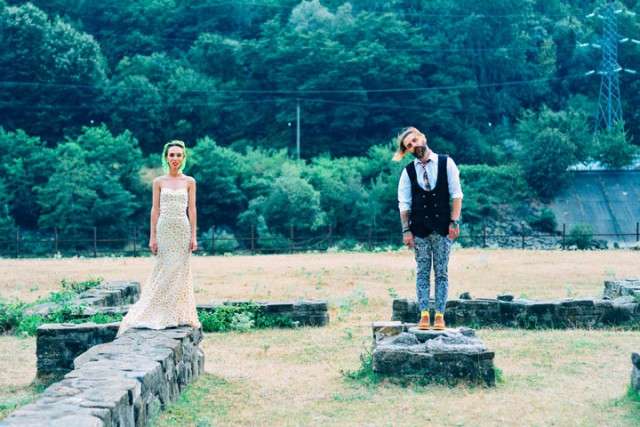 “We wanted to make the wedding memorable. We hope we did it. Special thanks to everyone who made our wedding possible – my perfect and most handsome and loveable husband, my mother who made my dress, Father Virgil Nastase who married us, our parents, our photographer and videographer, our DJ and all of our friends and family who generally helped us out!” 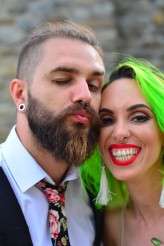 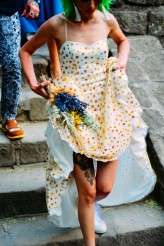