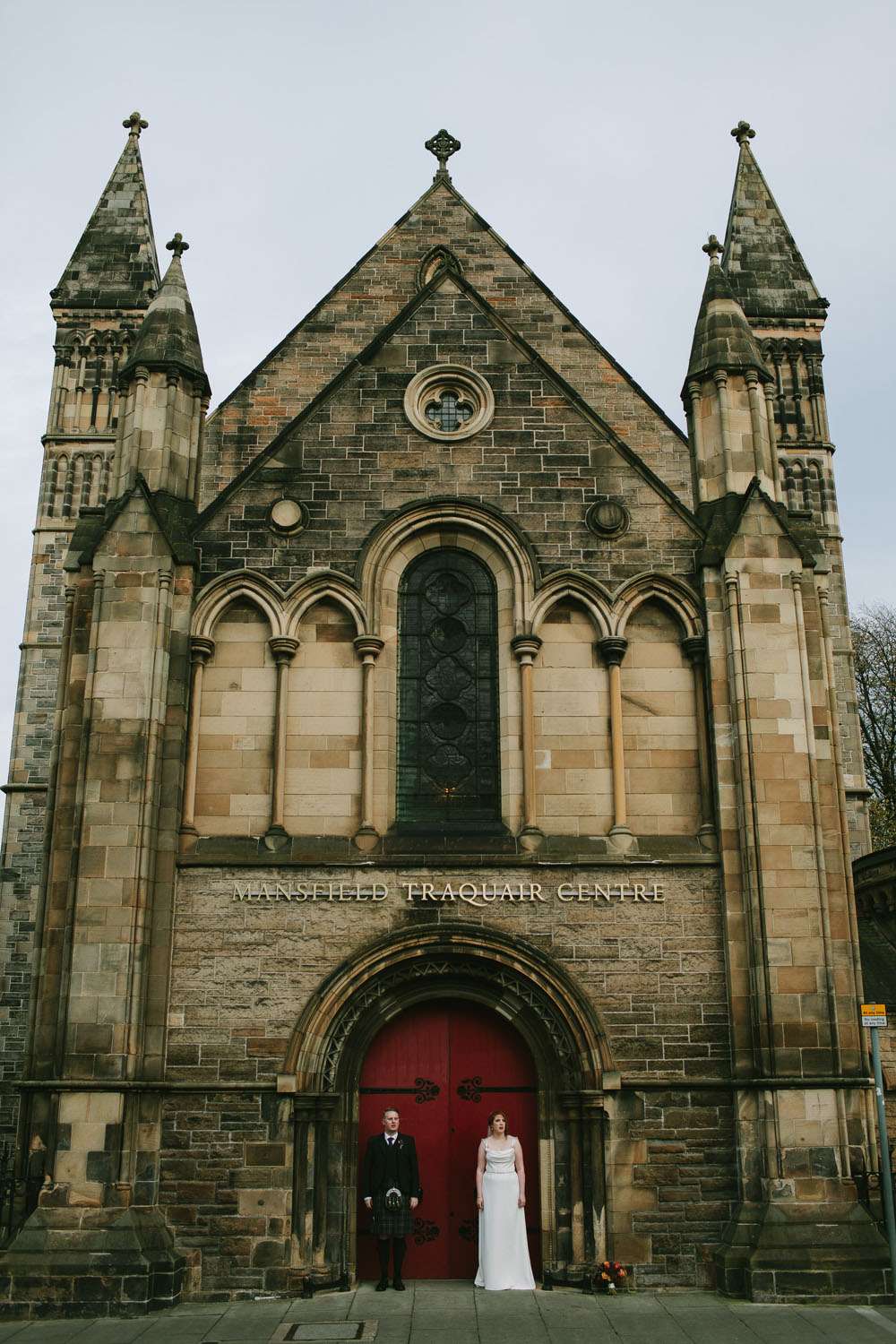 I don’t think it’ll come as a massive surprise to any of you that the vast majority of newly-weds I interview say that they wanted their wedding to reflect them. They took their mutual passions and combined them to create a wedding that felt individual, authentic and unique. But it might shock you to hear that a lot of brides I chat to pre-wedding tell me that they’re really worried about whether their mish-mash of ideas will work together. I mean, when you have a set theme it’s pretty easy to know what’s going to go… but Halloween, Lego and sparkles? Do those things work side by side? 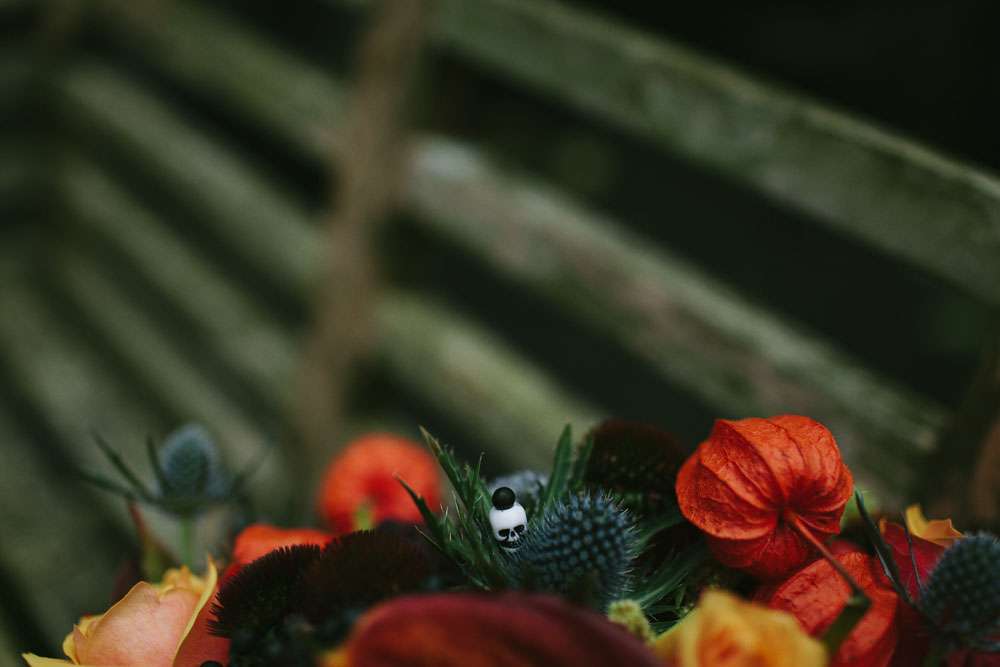 I say hell yes and so do India and Rab who had those exact things at their October 31st wedding in Edinburgh! “Our wedding was a Lego Hallowedding!” began the bride. “We mixed Halloween with old Hollywood glamour and all the things we love including Lego, horror films and sci-fi. We wanted our day to be as fun as possible and reflect our own personalities. Since getting together weave enjoyed some big Halloween parties, and had lots of fun planning costumes, decorations, and food so the wedding was a bit of an extension of that.” 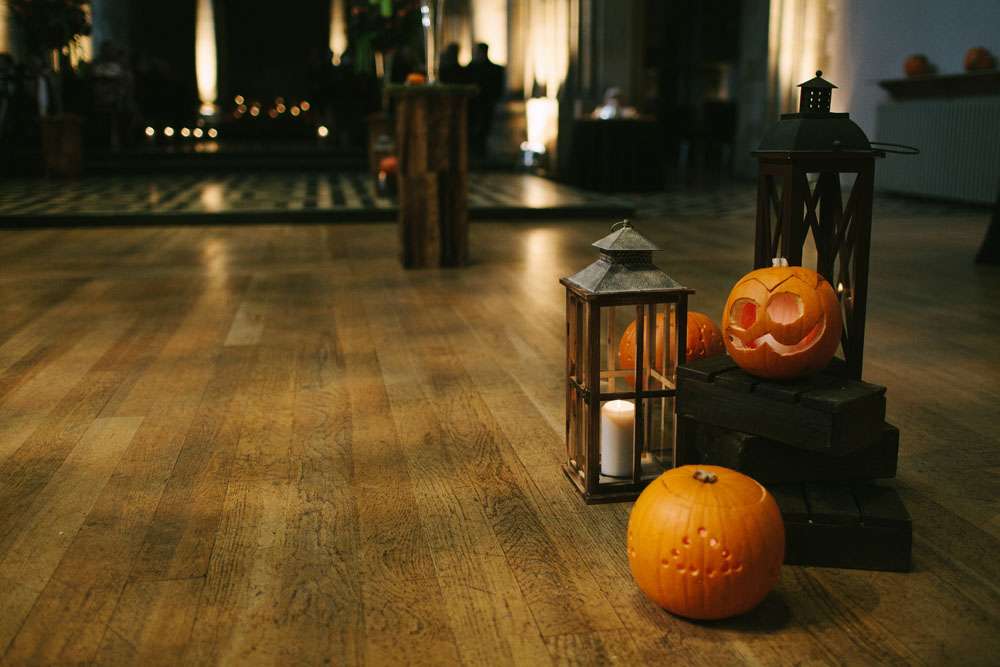 Both the ceremony and reception were held at the dramatic setting of Mansfield Traquair, a really unique heritage venue in the city. “I think a lot of people wouldn’t want to get married on Halloween but we couldn’t think of anything better!” she continued. “We completely embraced the theme too. There were pumpkins everywhere and we even asked guests on our invites to BYOP (Bring Your Own Pumpkin!) to help decorate the venue. We had some amazing designs! We had more pumpkins and candles to add to the décor as well as a bucket with apples so the guests could go bobbing for apples! The moss skulls for the top table were just incredible. The were made by Planet Flowers who did all our florals and they went completely above and beyond and provided far more in than they charged us for!” 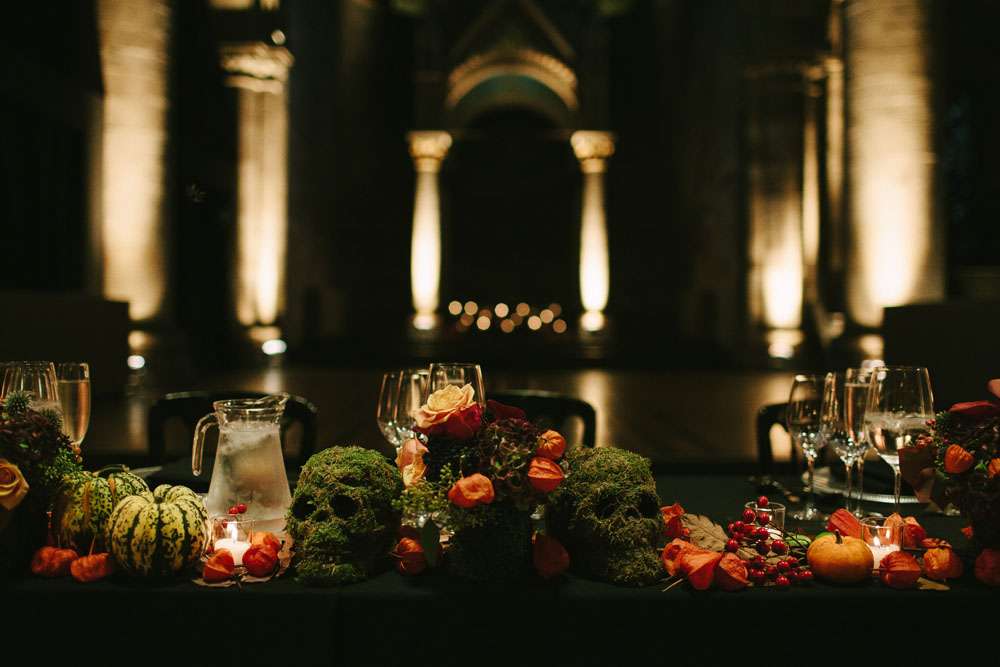 “We had Lego as part of our invitations, table plan, button holes, bouquets, favours and cake topper”, she continued. “We chose bars from our favourite horror and sci-fi films for the table names including the Titty Twister from From Dusk til Dawn and from The Slaughtered Lamb from An American Werewolf in London! We then had Lego characters from each of the films stuck onto our table plan.” 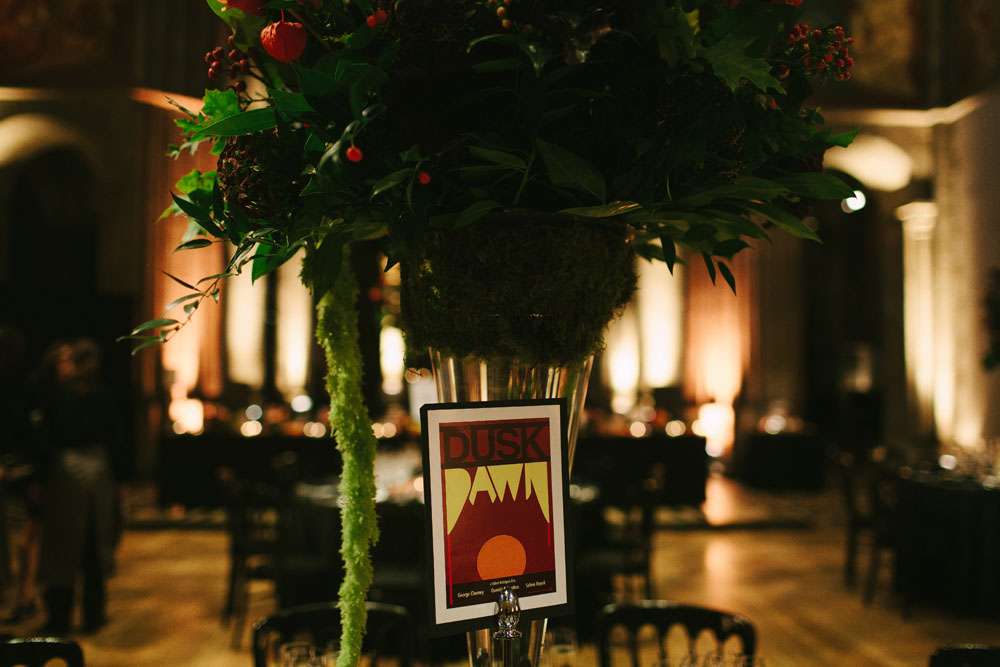 “We also worked with our caterers to develop a menu around the theme. We had pumpkin and butternut squash soup to start, beef with braised red cabbage for main, and a bespoke bobbin’ for apples dessert. The dessert was a warm ginger cake with a honeycomb ice cream bonbon served with a mini jar of mini apples bobbing in hot apple syrup, which guests had to fish out with a skewer. This was a great talking point for guests as most tables made a game of it!” 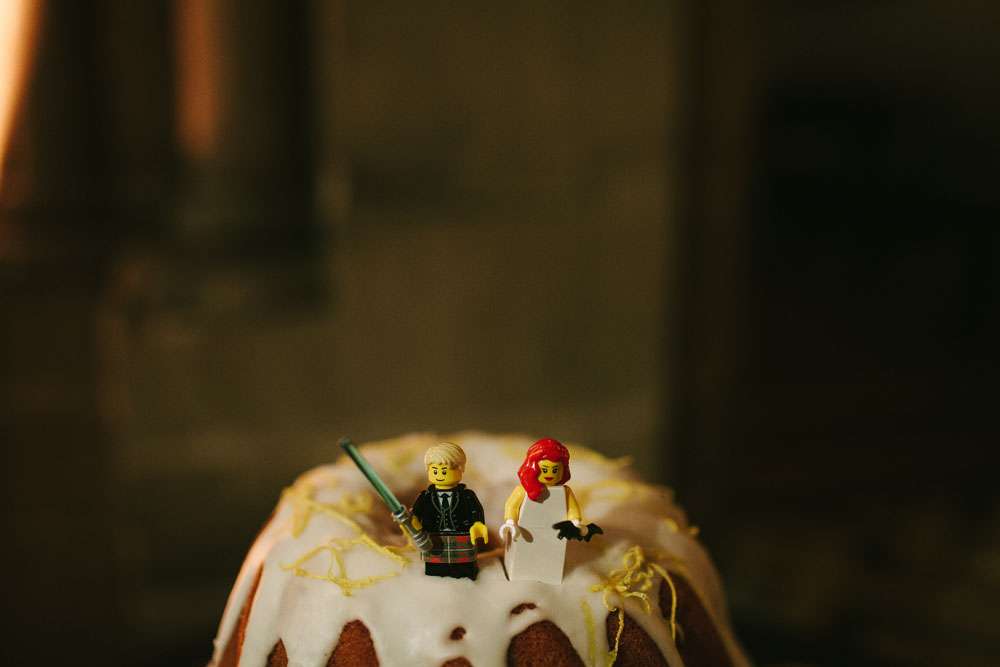 “There were so many amazing moments in our day but one of my favourites has to be when we arrived to dinner carrying lightsabers!” she explained. “We also battled a bit as we walked to the top table – our guests loved it! Being Star Wars fans a lot of our guests assumed we had planned it all along, but it was actually a last minute decision which we are so glad we did it! However one of the funniest moments was when we couldn’t find the mums to do the group shot and Rab’s sister found them doing shots of our homemade butterscotch vodka favours in the bathroom! They came back giggling like toddlers being told off!” 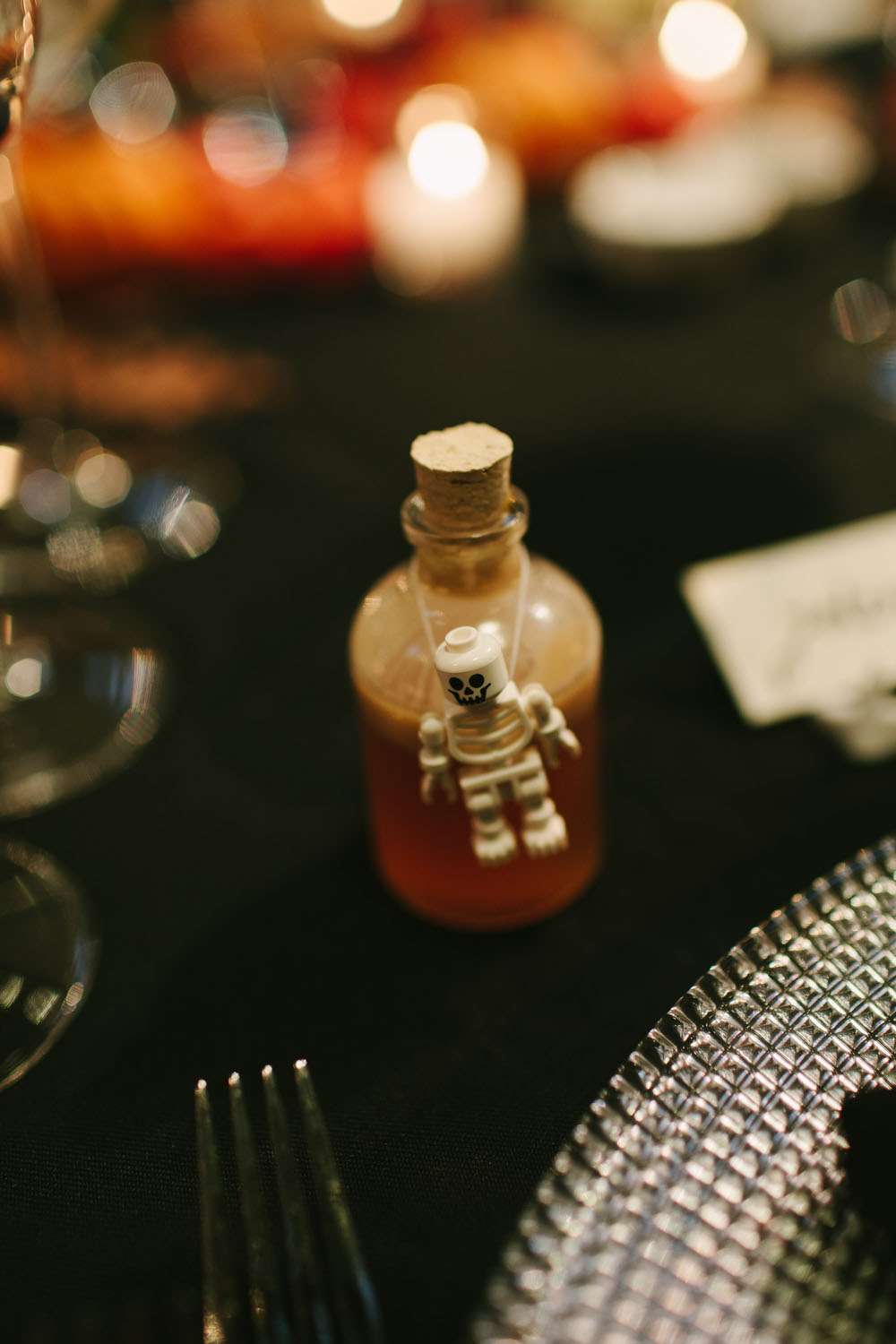 “We spent the most money on the venue, the catering and the flowers”, India said, “but we also saved a lot by getting married outside of peak wedding season. We got cheaper rates on the venue, food and transport. We also saved money on the cakes by going for a home baked style from a local café which we love. ”

“MY advice for other couples would be to just have fun!”, she concluded. “The wedding is about you and celebrating your relationship. Don’t conform because you feel you have to. Do what makes you happy. We had so many compliments from our guests who said it was the best wedding they’d ever been to because it was so unique and fitted to us, and they loved how we’d customised every little detail.” 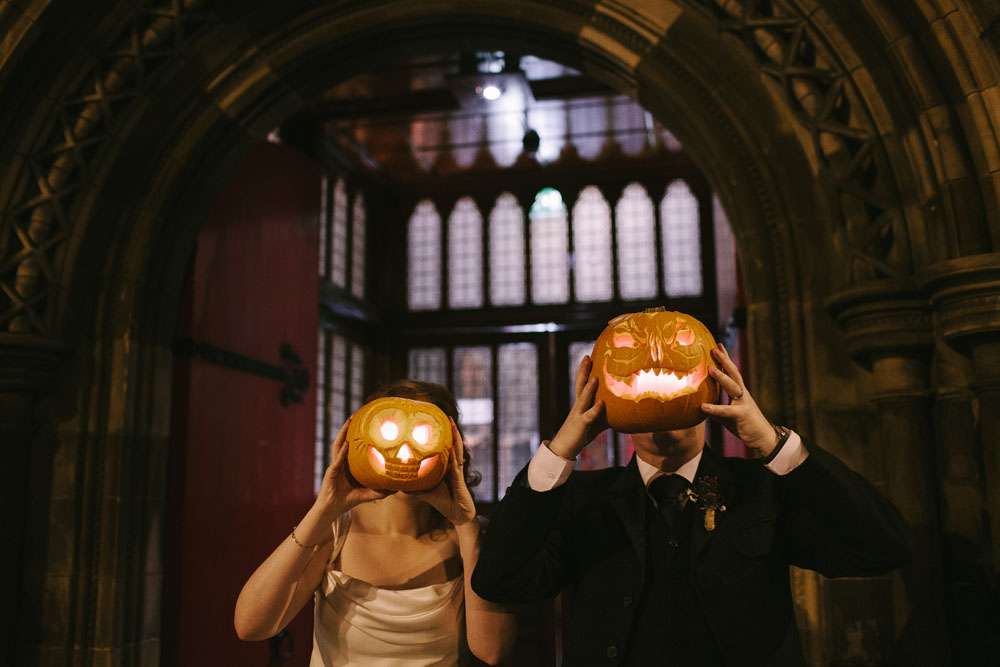 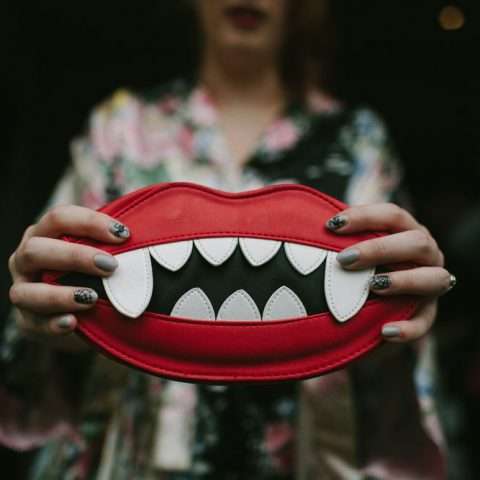 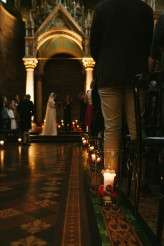 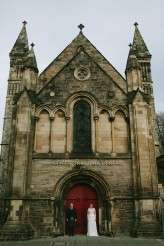 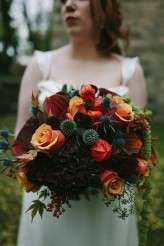 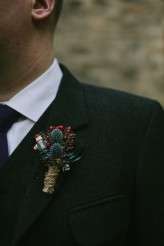 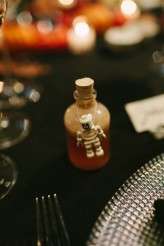 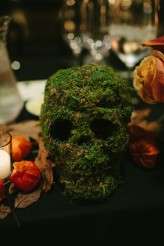 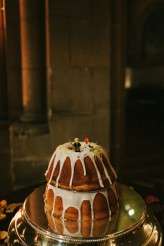 When it came to choosing a venue for their October wedding, there was only one place in contention - Cottiers Theatre in Glasgow. “The venue really set the tone for our wedding,” Becky explained. “It’s a stunning old church in the West End of Glasgow, which is now a restaurant and theatre. I was the last baby to be christened there when it was a church so to us if felt like a no brainer that that is where we should get married.” It’s beautiful gothic setting with medieval vibes suited the couple - as lovers of autumn, they wanted an October wedding to make the most of the beautiful crisp nights that Glasgow has to offer and their children are Halloween obsessed, so they let all the kids change into fancy dress for the reception.