For their April wedding, Lindsey and Craig decided they wanted a day that reflected the things they love – the groom’s tattoos, music, films and books. The cerebration was held at St. Andrew’s in the Square, a beautiful 18th Century restored church right in the heart of Glasgow.

“We met on 13 April 2003 and were married on the same day exactly 10 years later”, began the bride. “It was the eve of Craig’s 19th birthday and our first conversation was about Radiohead. The inspiration for our wedding was us. We stuck to our style and things that are significant in our lives and tried not to do anything that didn’t feel right. We sourced suppliers that we thought could get on board with our ideas and get excited about them as much as we were.” 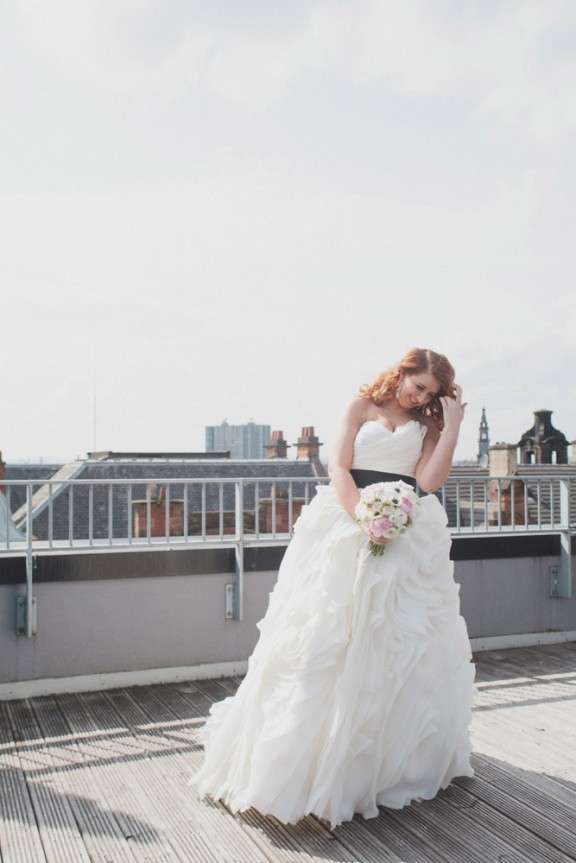 “One particular secret inspiration was the groom’s tattoos (which his father does not know he has)”, she continued. “He has a set of swallows on his chest and the left side has my initial integrated into the tattoo. My garter had a silver swallow sewn on, the girls had a swallow as their hair accessory and my sister drew these on the welcome sign as well as integrating them into the cake decoration. Having little details like that really helped make the day our day.” 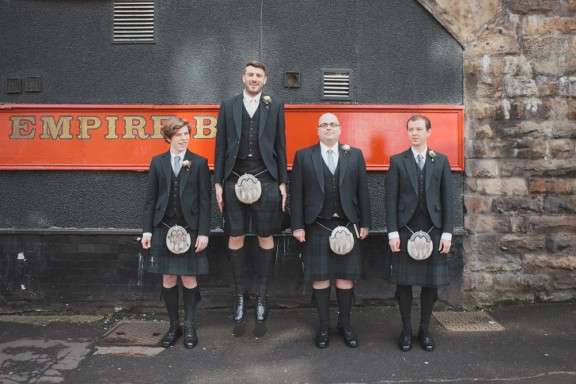 “We are both quite detail oriented people and wanted a really special day which was full of details which perhaps not everyone would notice but that we would know were there”, she continued when I asked about their DIY projects. “We had a loose theme of adaptation. I love books and Craig loves films so our tables were named after books that had been adapted for films. We sourced a few copies of each book which different covers (some in different languages) and put a significant quote from each under our table name. As part of our favours, we also made CDs with a song from a film soundtrack we loved for every year we have been together which we also played during dinner.” 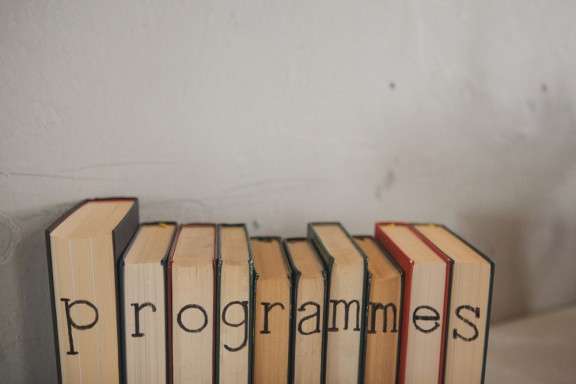 “As a decorative theme, it was a non-era specific vintage look (my hair and make-up was 40s, the bridesmaids were very 60s) and faded blush and pastel colours with black. My mum made chilli jam which was put on everyone’s table. The cake, sweet table and all the on the day paper goods were made at home. I also made the book in which the rings were tied (a hardcover of Shakespeare’s sonnets I found on eBay). My mum also made the wishing tree guest books which are now planted in her garden ready to be uprooted and moved to ours when we have one of our own.” 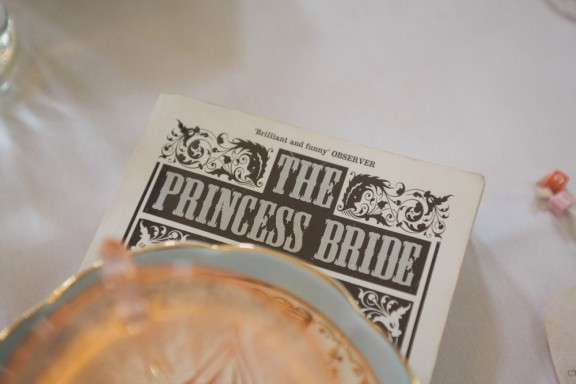 Music was also very important to this pair and so a live band was a must have for them both. “We first saw Corra (or one incarnation of them) as my friend’s husband is one of the guitarists in the band. We both love music and it was really important that the band were great. Luckily, Corra are full of top class musicians and will play any type of music you want from traditional ceilidh to contemporary. They even learned our first dance (Iron & Wine’s version of ‘Such Great Heights’ by The Postal Service) and played an amazing version of this (the groom now has the chorus of this song tattooed on his side as a reminder of our day). Although our friend’s husband was a guest at the wedding (and not part of the band), he, very kindly, had a wee cameo and played ‘Johnny B. Goode’ for the groom (who is a massive Back to the Future fan) and I think it made his night. They also started a lovely rendition of Happy Birthday to the groom at midnight (as he turned 29)!” 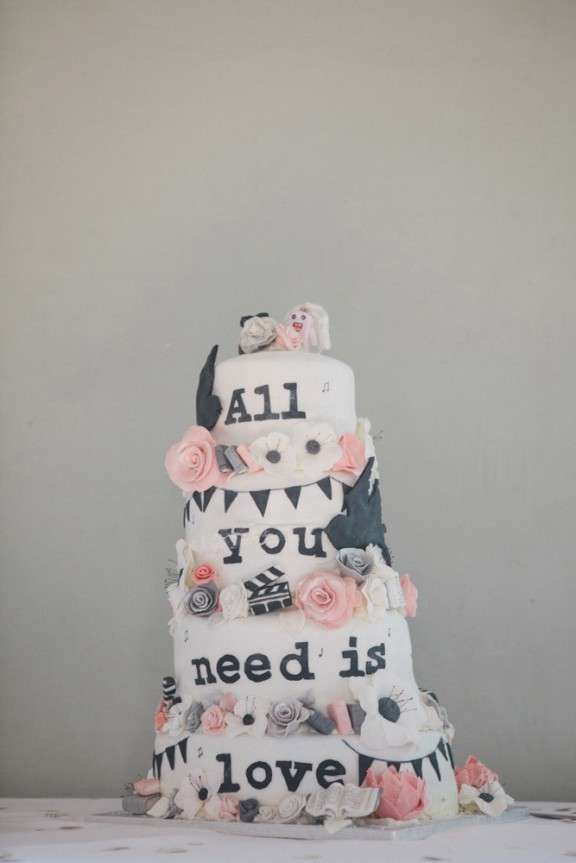 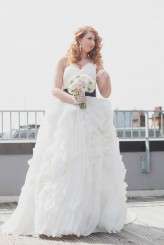 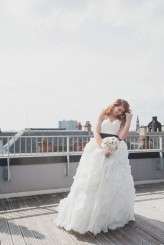 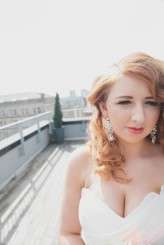 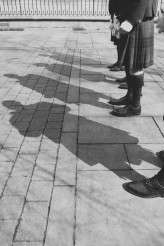 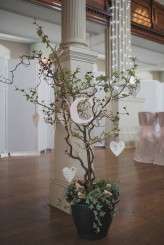 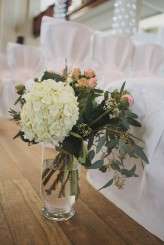 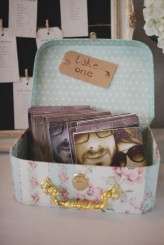 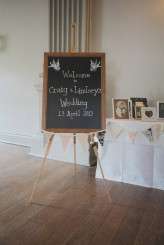 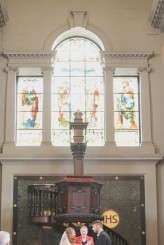 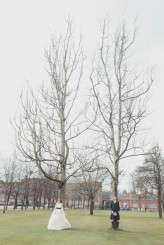 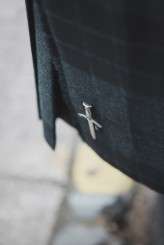 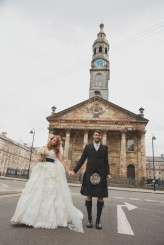 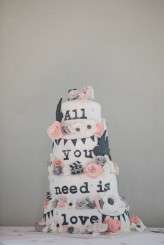