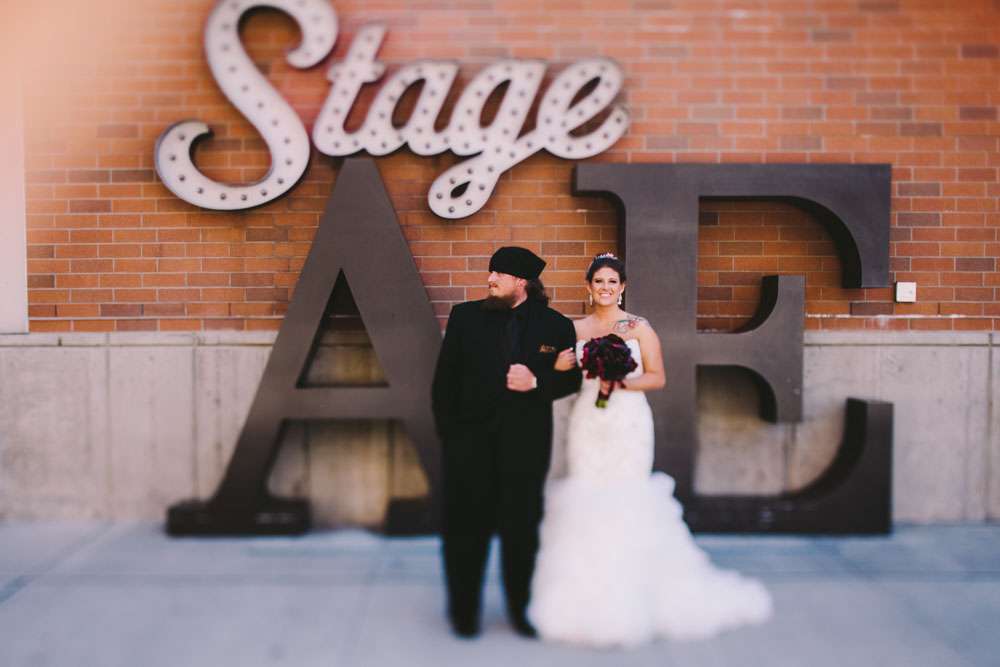 Nicole and Steve were married at Stage AE, a concert venue in downtown Pittsburgh. Getting married at a venue as iconic as this obviously had a huge influence on the theme of the wedding! “Music has always been a big part of our relationship”, said the bride. 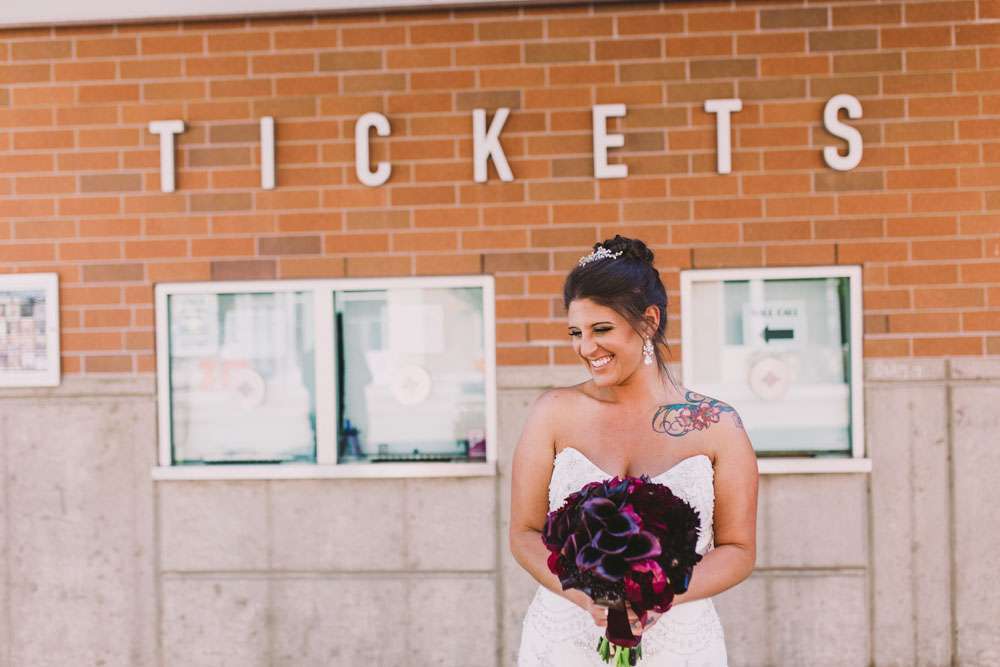 “We wanted our family and friends to share in that important aspect of our life together, which is why we chose Stage AE. We faced many objections and difficulties with such an unconventional wedding venue, but we knew what we wanted and were determined to make it happen.” 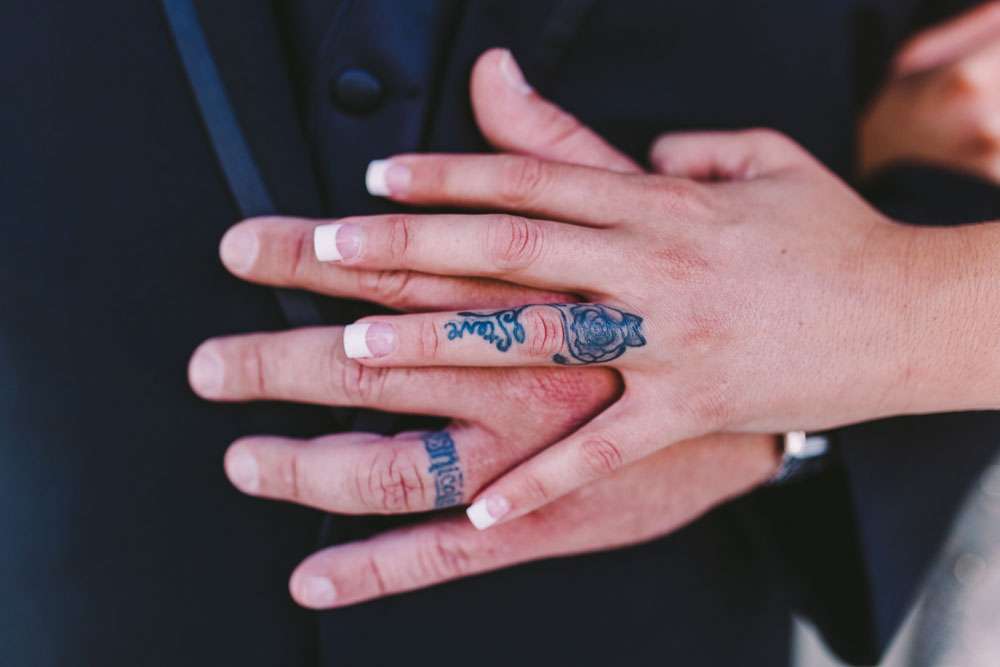 “Our wedding was rocker themed; we wanted to embrace the uniqueness of the venue by celebrating all aspects of the concert scene while incorporating wedding traditions. Our invitations were concert tickets. We got tattoos on our fingers for our engagement and for the wedding ceremony, we exchanged rings that matched our respective tattoos. We also wanted our cake to look ‘inked’, so it had a tattoo inspired design.” 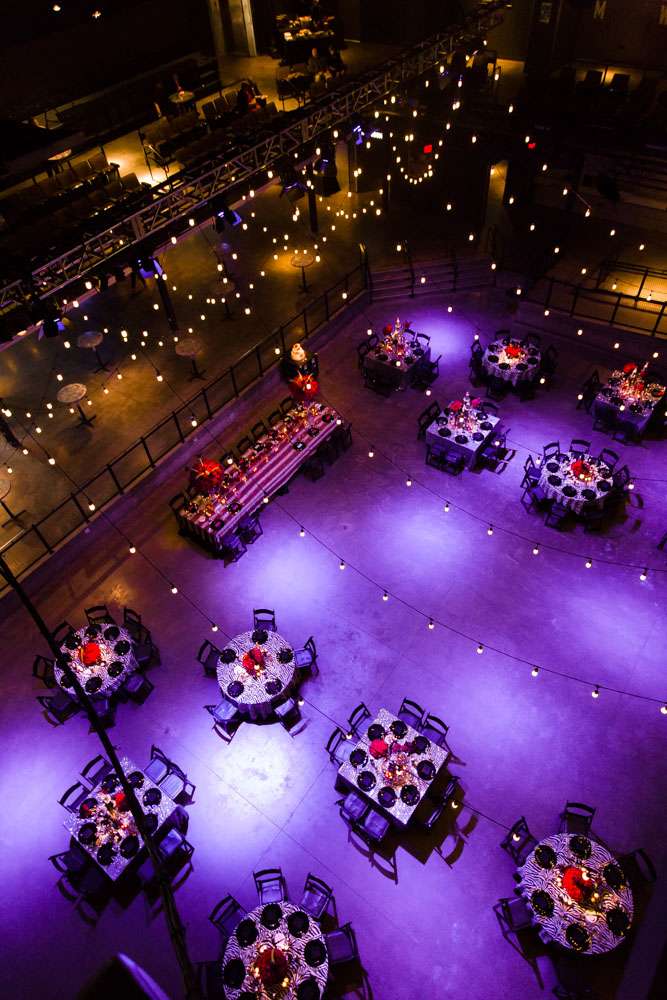 “The ceremony was by far the best part of the day. Marrying the one you are so completely in love with is amazing. The second best part would have to be the dancing and listening to music after dinner with all our family and friends there!” 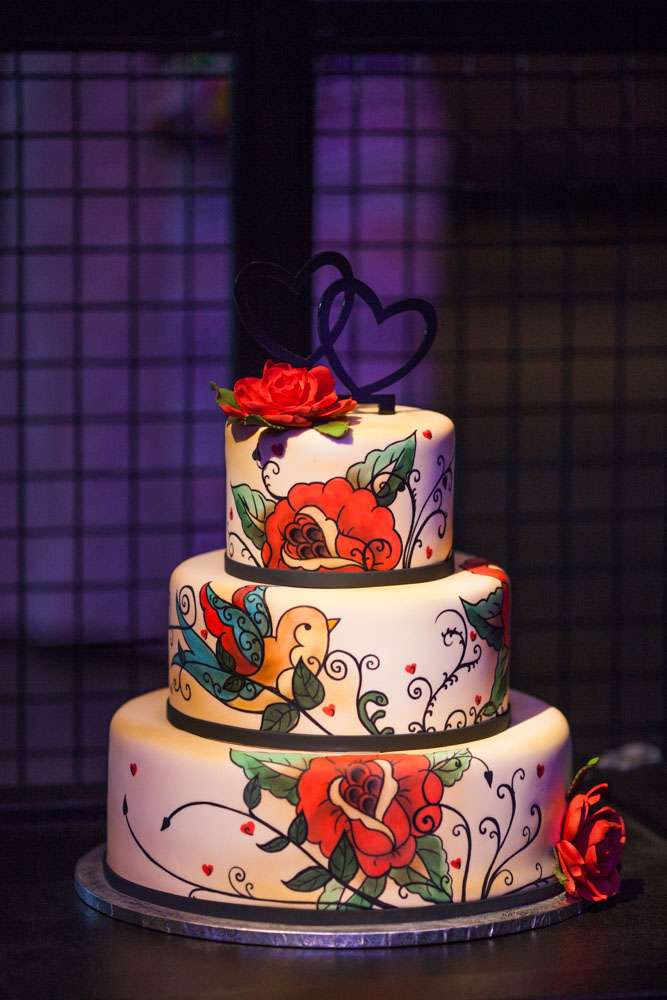 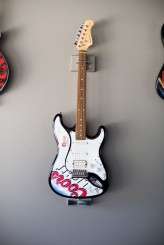 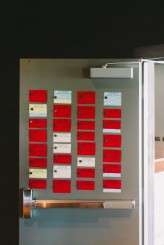 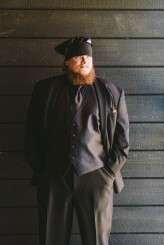 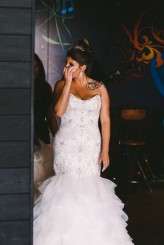 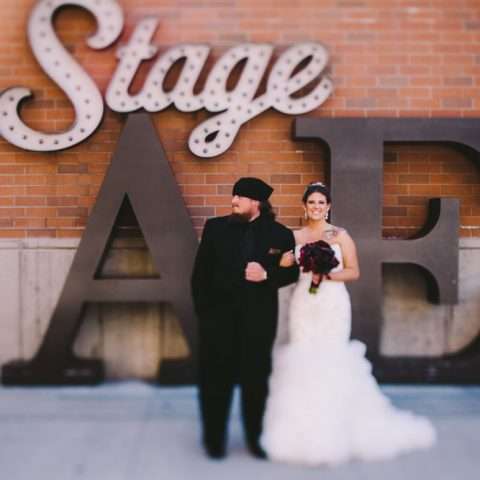 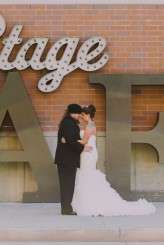 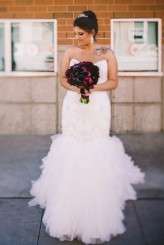 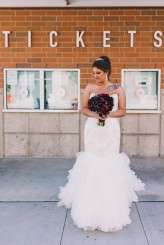 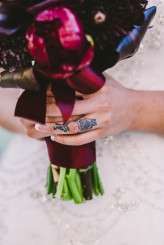 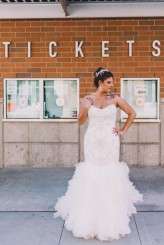 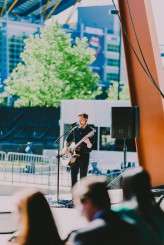 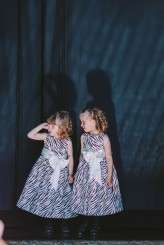 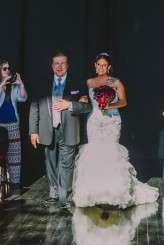 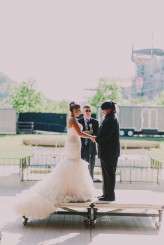 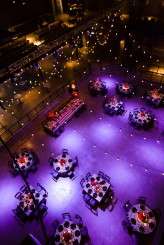 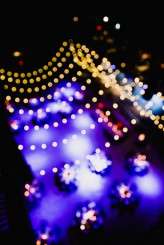 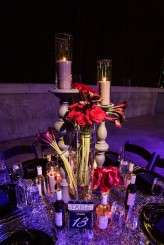 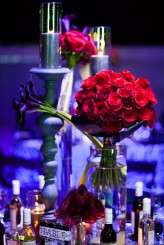 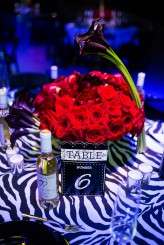 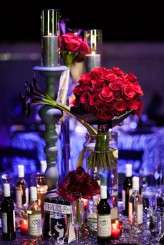 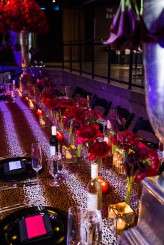 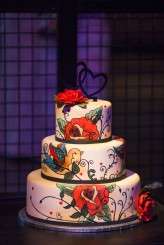 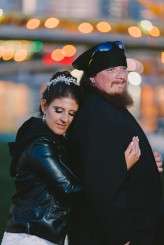 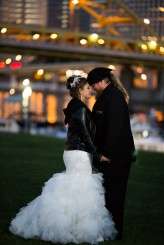 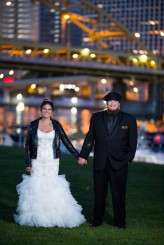 Seeing a bride wearing my blog's logo as a necklace (made by Red Bird Makes on Etsy) on her wedding day makes me VERY HAPPY indeed. How cool is that!? Andrea and Franz were married in Germany on New Year's Eve. They're both from Germany and so wanted to get married there, but they live in Australia now so they planned the whole thing from the other side of the world.