Seeing a bride wearing my blog’s logo as a necklace (made by Red Bird Makes on Etsy) on her wedding day makes me VERY HAPPY indeed. How cool is that!? Andrea and Franz were married in Germany on New Year’s Eve. They’re both from Germany and so wanted to get married there, but they live in Australia now so they planned the whole thing from the other side of the world. 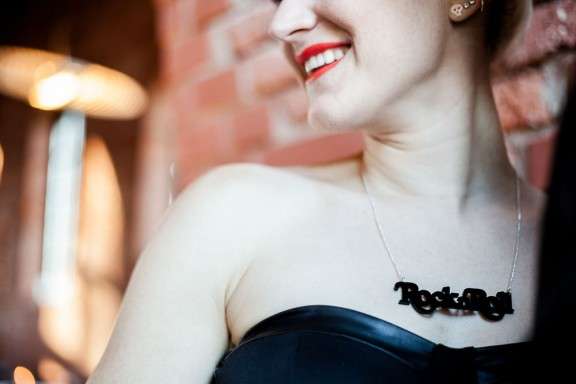 “Our wedding theme was ‘Love, Drinks and Rock n Roll!” began the bride. “We always knew that our wedding would be about having a big party with friends and family and not about following conventions, having long speeches and stupid games. So we decided to have exactly this: a big party with lots to drink and great music. Wanting to spend Christmas back home in Germany anyway, we decided to squeeze the ceremony in during our trip. We decided to have the party on New Year’s Eve as nobody really ever knows what to do on New Year’s anyway!” 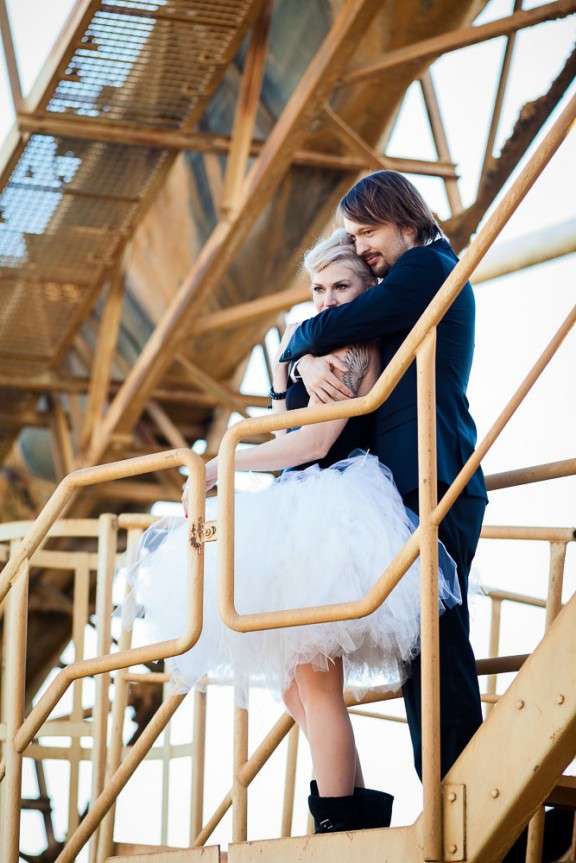 “Deciding the theme wasn’t very easy actually as we have lots of interest and hobbies. We used to be big winter sport enthusiast when living in Germany, but as we are now living in Australia it’s more about water sport and being outdoors. In the end we went for the one constant in our live together: our love for each other and our family and friends, the appreciation we have for a good glass of wine, champagne or whisky (which Andrea taught Franz) and our passion for good rock music (which Franz taught Andrea)!” 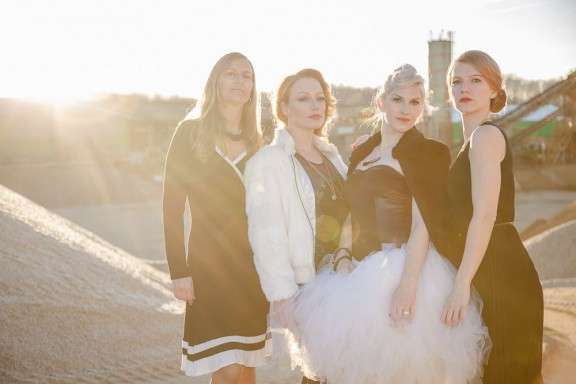 The bride wore a tutu skirt from Baby2BNashville on Etsy which she coupled with a white lace top for the start of the day and a black corset for the after party! Both tops were from Nasty Gal. “To do the theme justice and to stay true to our style, I started with the outfits and included little skulls where I could – my earrings, my bouquet made of fabric with white skulls and a skull garter… and the of course the Rock n Roll necklace! I also got myself a new tattoo too – an angel my left arm because Franz always calls me ‘my angel’.” 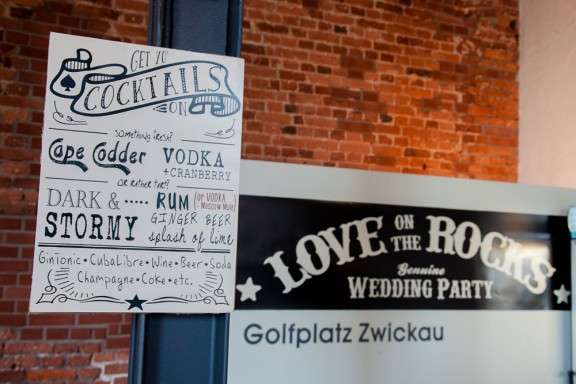 “We decided on a very brief, but fun ceremony on 30th December followed by an intimate family lunch as the kick off to our two-day wedding”, she continued. “The next day, the big party took place in the renovated building of an old coal mine owned by Franz’ dad and the adjacent sandpit was our playground for the couple shots! Very industrial, but so us.” 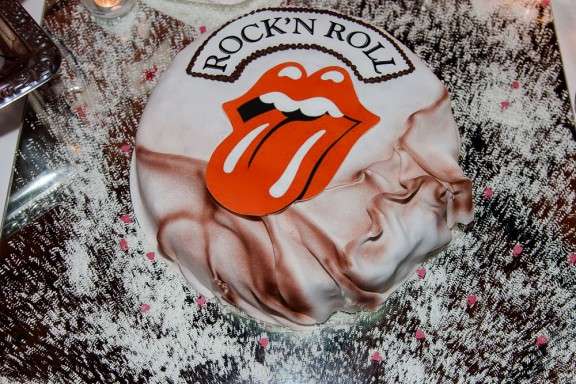 “We had three different bars: a cocktail bar, a ‘whiskey and cigar’ bar and a candy bar with three wedding cakes (one for each word of the theme) and sweets. We didn’t have seating, only lounge chairs and bar stools. We served finger food, had a Yamaha chopper as the photo booth centrepiece and a rockabilly band that even got the 88-year-old grandma to swing her hips like there’s no tomorrow!” 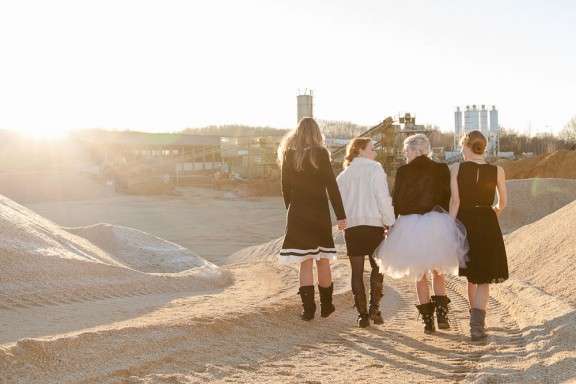 “At midnight Franz’ dad had organized 100 balloons filled with confetti to fall from the ceiling, followed by some fireworks outside (after all it was New Year’s Eve)! After midnight the DJ took over with some old school rock leading the reminder of the party people gently towards some good old heavy metal stuff and at 3am everybody was head banging to Metallica, Disturbed and System of a Down, until we finally called it a night at 5am!” 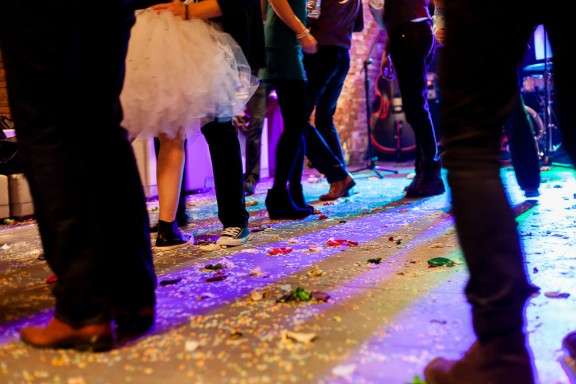 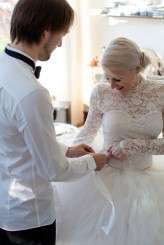 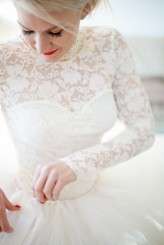 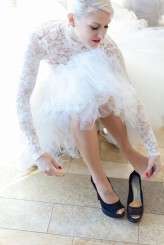 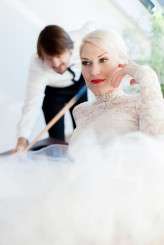 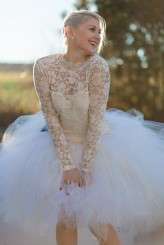 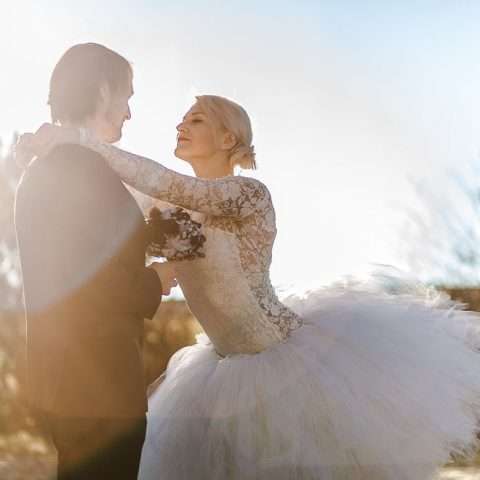 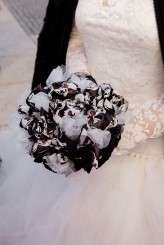 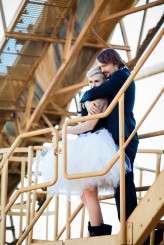 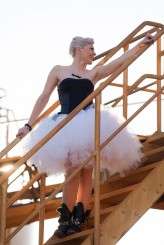 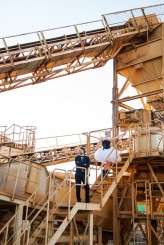 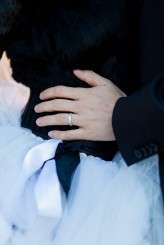 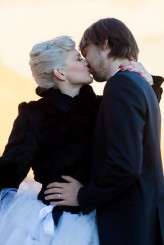 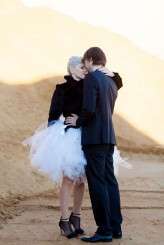 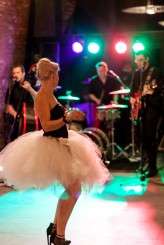 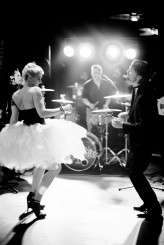 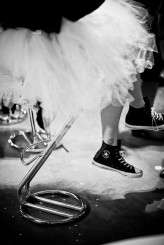