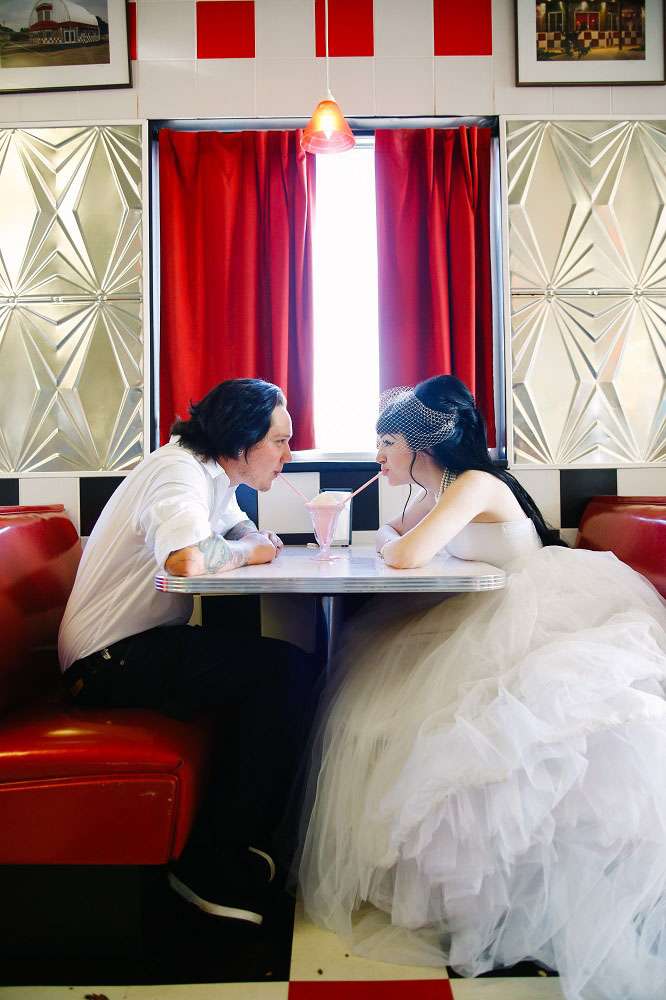 When Jess first saw Nick she felt like she was in her very own movie, “I was shopping with my mum and sister and we were taking a break in the food court. I looked up, and in slow motion (it was like a movie, I literally saw it in slow motion) I saw the most gorgeous man I had ever seen. I just sat, frozen in my seat, mouth open, staring shamelessly. Then (also in slow motion), he turned his head, locked eyes with mine, and winked. Not even joking. I giggled, blushed, and turned away. Next thing I know, I hear a voice say, ‘Can I sit here?’ I turn around, and it’s him! Before I left the mall that day, I gave him my number, and we took a picture together, right in the food court.” 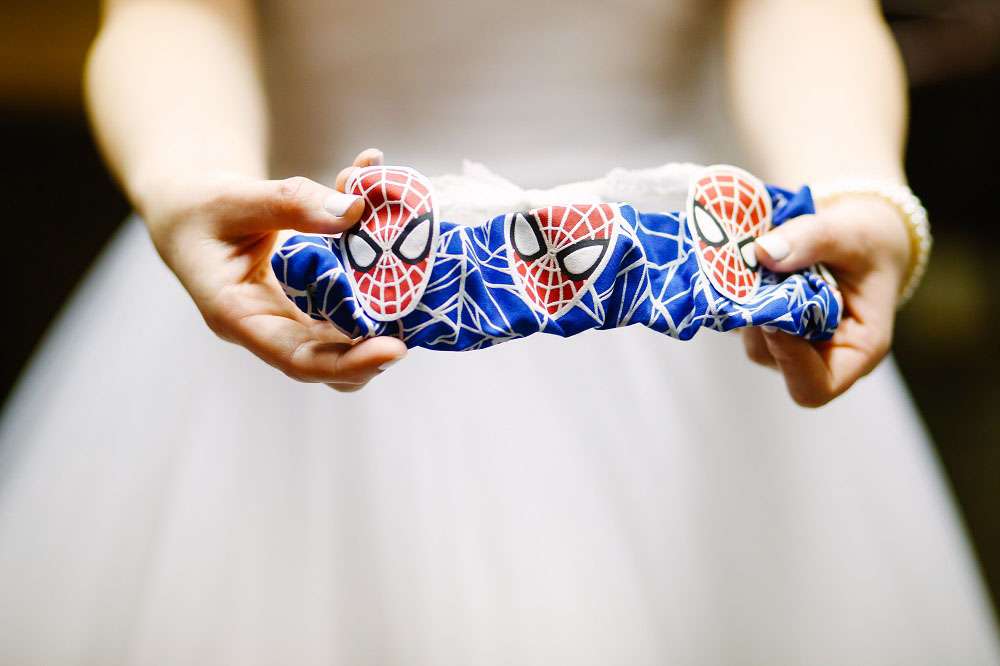 So of course when they came to get married, they had to relive this moment by holding their ceremony at movie theatre! “The theatre is 100 years old”, she said, “They put our names on the marquee and played a slideshow of pictures of us on the movie screen! In terms of our theme, Nick is a huge Spiderman fan, and I am the same with Batman, so we also had a lot of Superhero inspiration. We had Batgirl and Spiderman action figure cake toppers. We also had superhero inspired cups, centrepieces, and the garter and bow that I wore!” 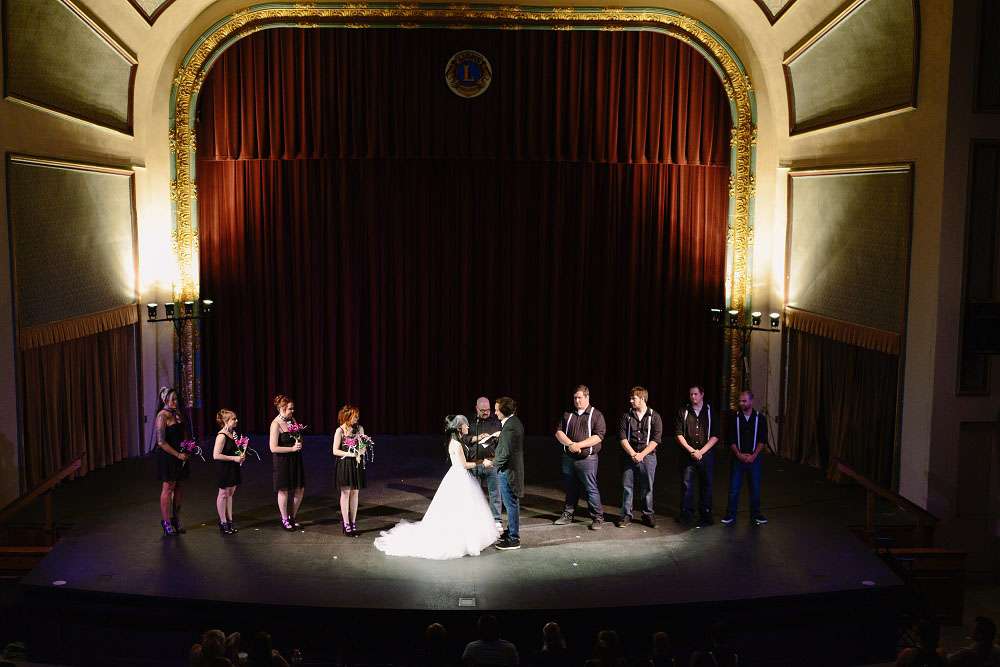 “We also both love 1950s music so we wanted some retro influence.  There was lace and pearls everywhere and we had mostly 50s music playing. I walked down the aisle to Elvis Presley’s Love Me Tender, and our first dance was to Only You by The Platters. We even went with our photographers to take pictures in a local 50s diner!” 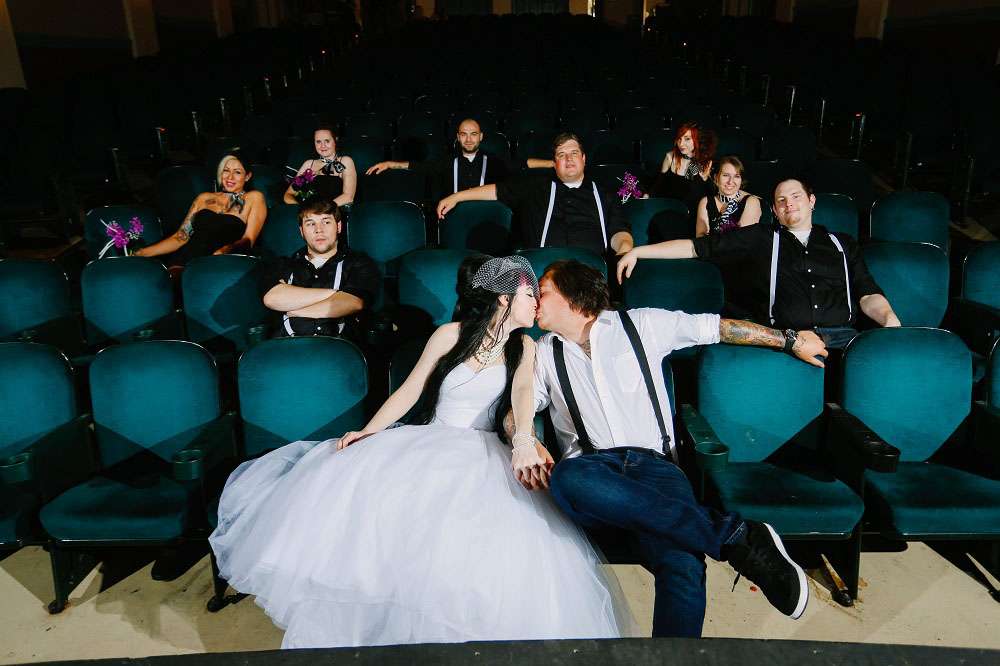 Jess was determined they their wedding be different from others she’d seen. So throughout the planning she completely stayed away from Pinterest! “I had seen way too many of my friends’ weddings looking exactly the same because they all used the same things they found on Pinterest”, she explained. “I wanted to stay away from that so instead I sat down with a sketch book and started sketching out my ideas. I think the result was a wedding that was completely unique and completely us. I loved our donut wedding cake and peanut butter and jelly unity sandwich ceremony. I lived in China for two years and am obsessed with anything Chinese, so we also had Chinese food, Mandarin Chinese writing on the food menu and fortune cookies!” 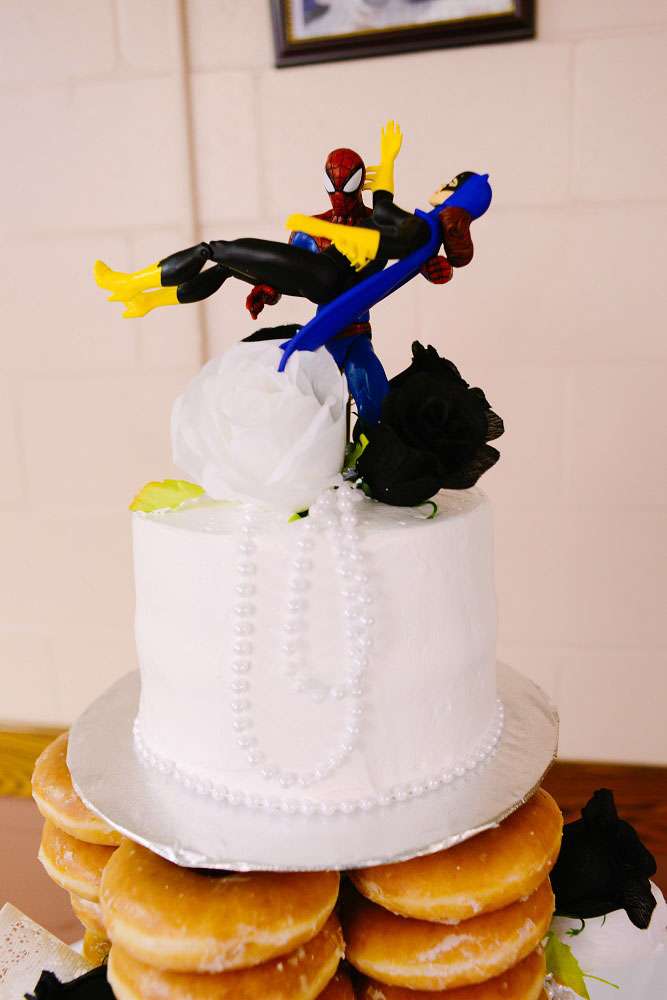 “Our wedding budget was $8000 and we definitely spent the most on our photographer”, she concluded, “everything else was homemade or relatively inexpensive. We used our own creative ways to save money and I loved this about our wedding! I used lots of coupons for the crafting supplies, got 20% off my dress by paying cash and even got 30% off our catering bill by working (as a second job) for them for a while! I’ve actually written about all the ways we saved money on my own blog. When we looked back we discovered we probably didn’t pay full price for anything and that was very satisfying!” 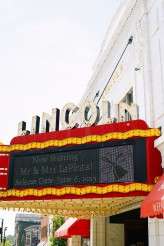 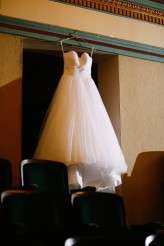 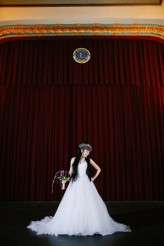 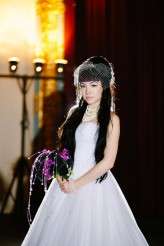 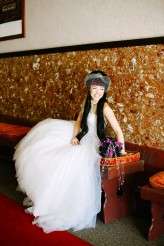 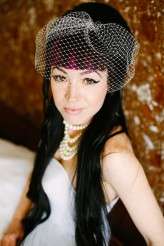 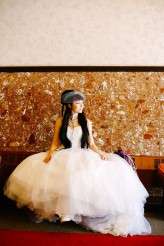 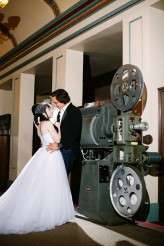 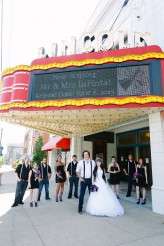 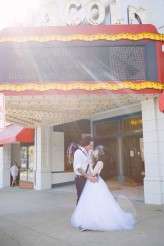 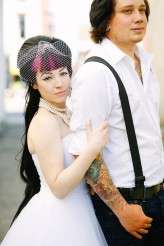 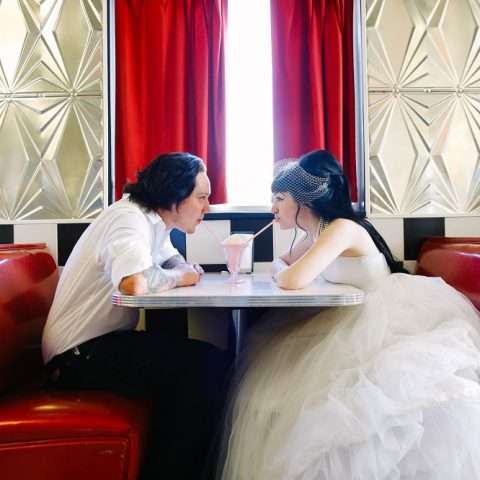 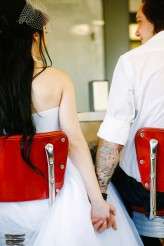 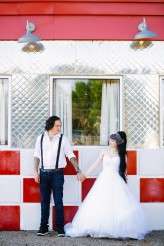 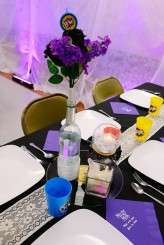 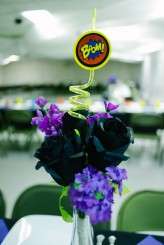 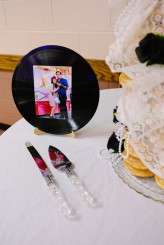 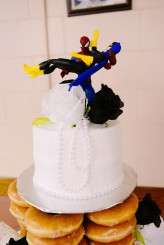