Tore and Mari didn’t have a huge wedding budget, in fact they had less than £5000 to spend. However they knew they wanted fantastic photographs, so in order to fit him into their budget, they hired Eirik Halvorsen for just a few hours to cover the ceremony and some quick portraits afterwards.

The wedding took place in Sola, in the very south west of Norway. “We were really determined to make it a casual and relaxed summer wedding”, said the bride. “We both also have a thing for vintage, in particular art deco, so we wanted to bring that in too.” 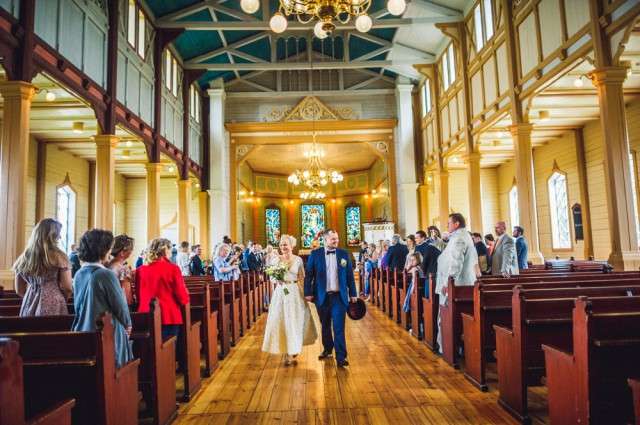 The bride made her own dress and the bridesmaids wore outfits from H&M. “Almost everything in the wedding was more or less homemade”, she continued, “the dress, the food, the décor… The wedding was held in a little house/ camp-site area by the beach, which gave it a very laid back atmosphere as well.” 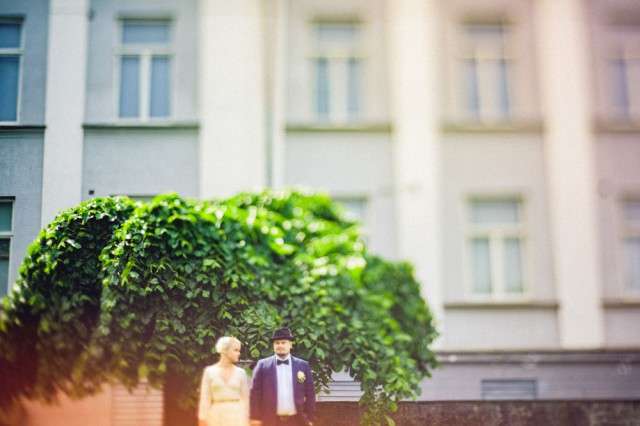 “There was no favourite moment in the day, it was ALL our favourite!! It was perfect from start to finish. However the ceremony at church was magical, we had live performances including I Got You Babe and This Guy’s in Love With You. Our photo shoot afterwards was also really cool. We went straight from the ceremony and it was very nice to Just be in love an fool around taking pictures.” 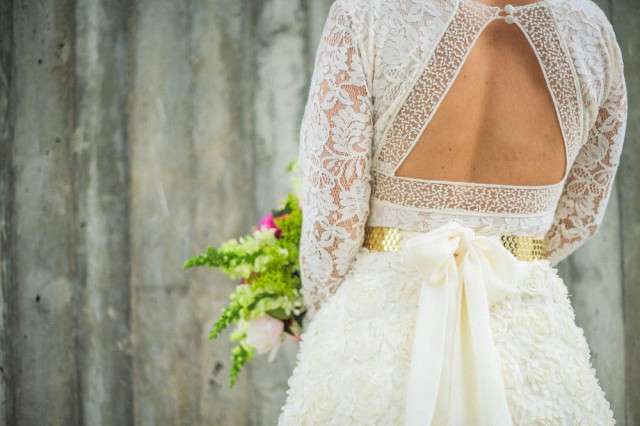 “Our biggest costs were our photographer, food and booze”, she concluded. “We thought they were all the most important things. We saved a lot by me making my dress. It costs around £1000-£2000 for a wedding dress in Norway and we could never afford that with out small budget. I have a degree in design so I thought ‘Why not?’ I bought the fabric in Spain on summer vacation so in total I only spent around £70 on it!” 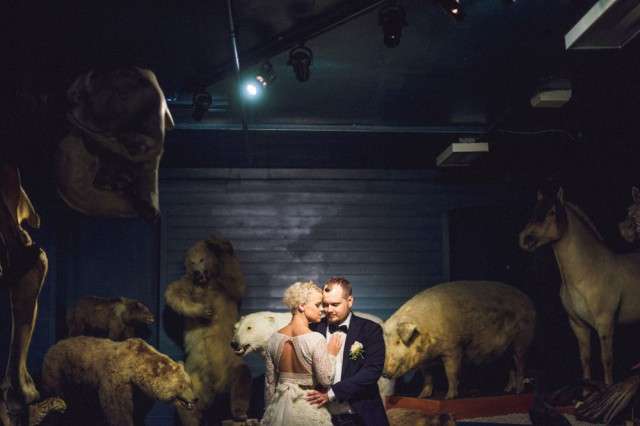