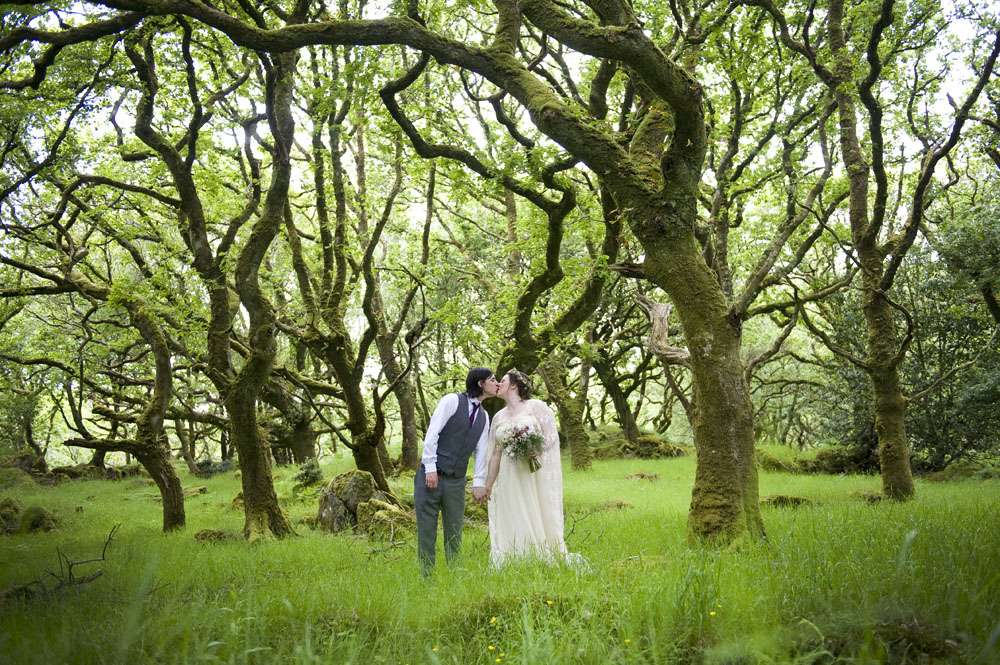 Nel and Matt were married in a restored 600 year old gate house at the edge of an ancient oak forest. The wedding was held on the eve of summer solstice. “We just wanted a relaxed wedding where everyone could enjoy the surroundings and the significance of where we were”, said the bride. “Luckily the weather was on our side! As having all of our friends and family in one place is a once in a lifetime event, we didn’t like the idea of taking off to a hotel whilst everyone else was still enjoying the night, so we camped on site with the rest of our friends in a bell tent that our bridesmaids had decorated beautifully.” 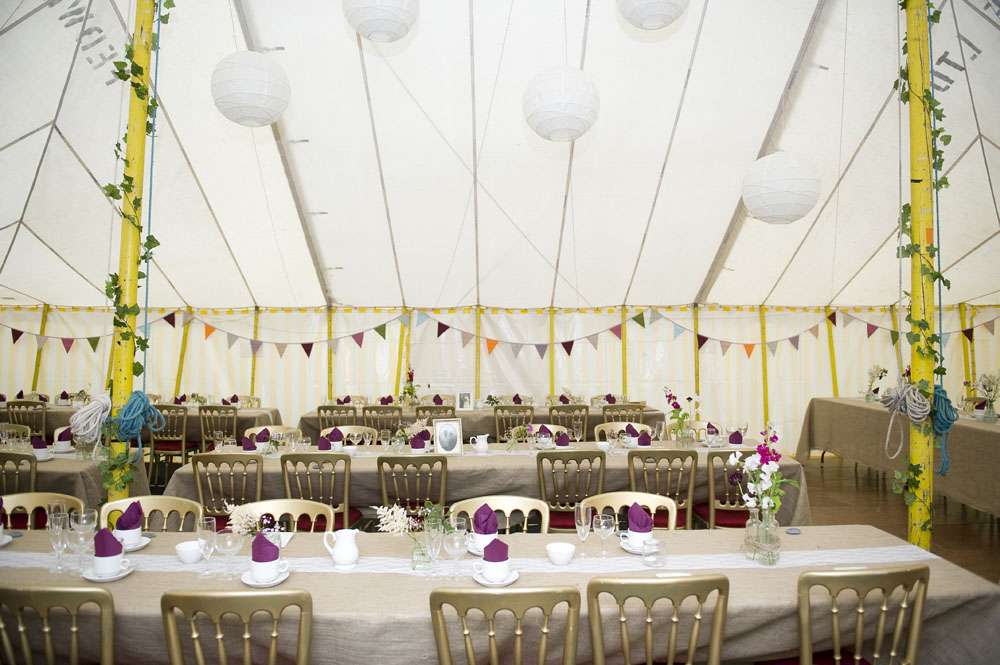 The bride had her unusual yet beautiful raw silk wedding dress made especially for her. “I know most women dream of that appointment at a bridal boutique to find the dress but to be honest the idea of all that fuss made me feel sick. I’m quite proud to say that I didn’t even try one single dress on! I sent Lucia from Larimeloom my measurements and she made me the most beautiful raw silk dress. I didn’t want to have a veil with my dried flower crown so I impulse bought the lace cape online and it matched my dress perfectly!” 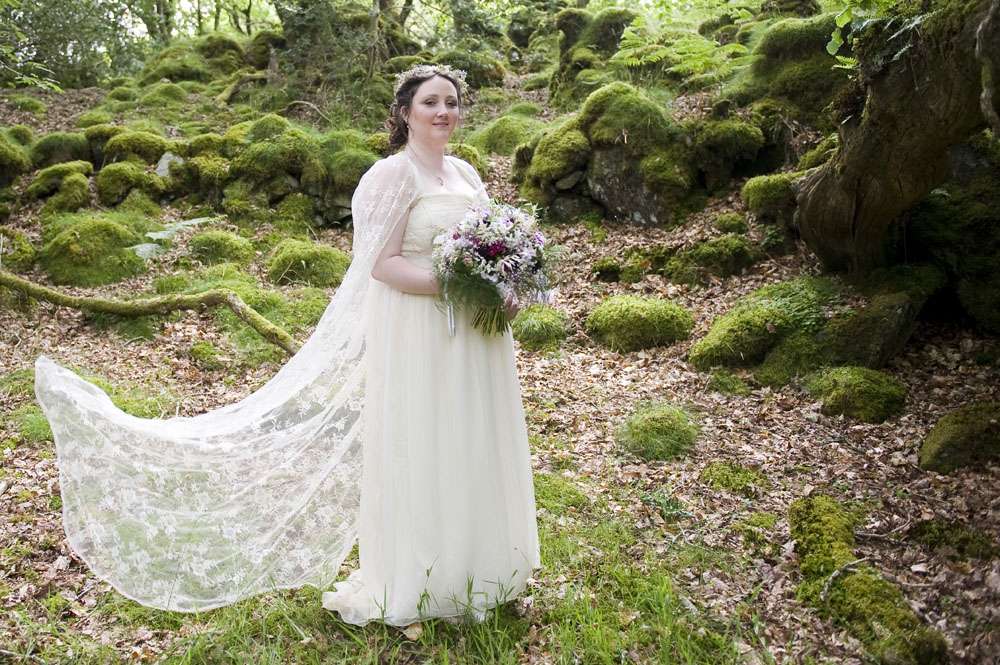 The couple and their family also did plenty of DIY. “My aunt and I made about 80 metres of bunting, and she also made me a garter with lace from my mother’s wedding dress. I made everyone’s name ‘cards’ from pebbles collected at the beach where we live, and instead of table numbers we had framed photos of inspirational couples from both our families – our grandparents, godparents, etc.” 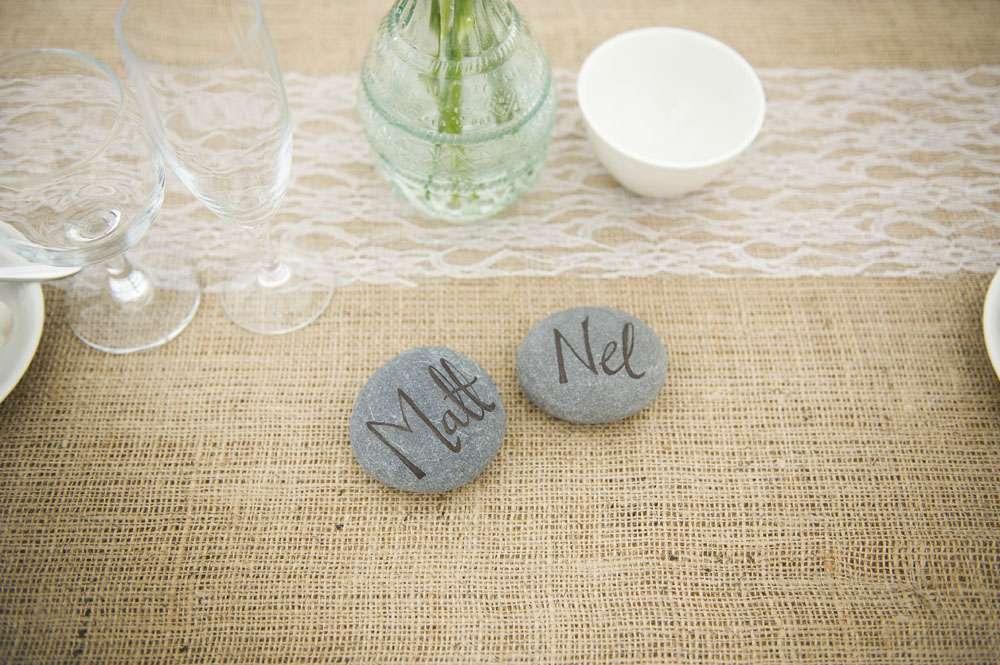 “My favourite project was the cake toppers. We had a joint hen/ stag party in our friend’s woodland and those of us who made it through to 6am climbed a hill and had champagne overlooking the Ystwyth Valley. I saved the corks and bought a miniature top hat and some lace to transform them into a mini bride and groom.” 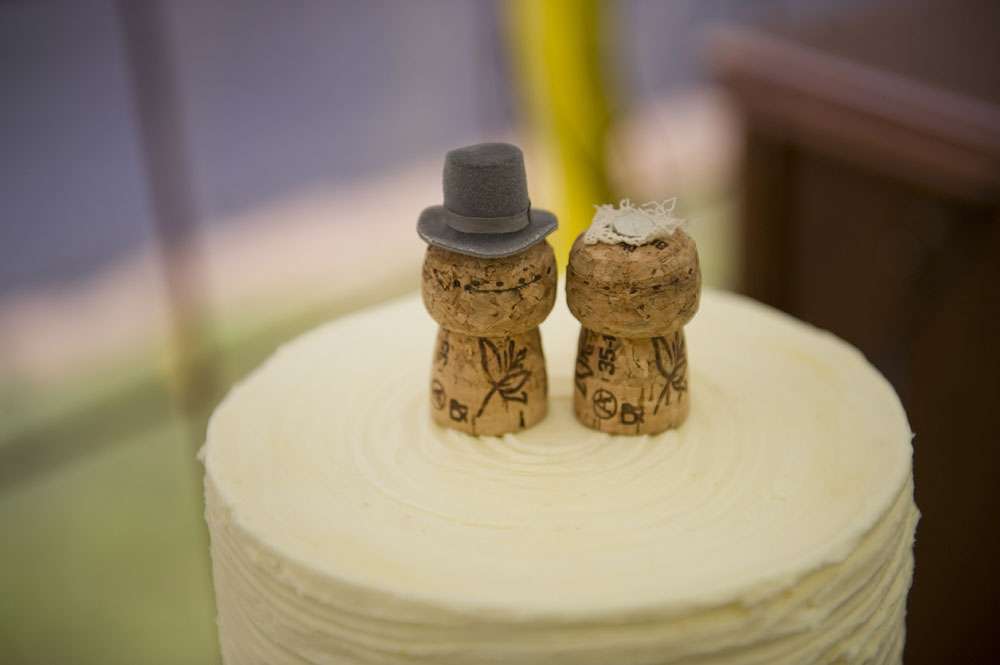 “One of our biggest savings was on the food. We made all of it ourselves. We had afternoon tea after the ceremony and friends and family helped to bake cakes and fill vol-au-vents. Matt is head chef at a vegetarian restaurant and also caters weddings so he and prepared the entire evening buffet with help from a couple of our friends. It definitely saved us a lot of cash and tasted as good as anything we could have hoped for from a caterer!” 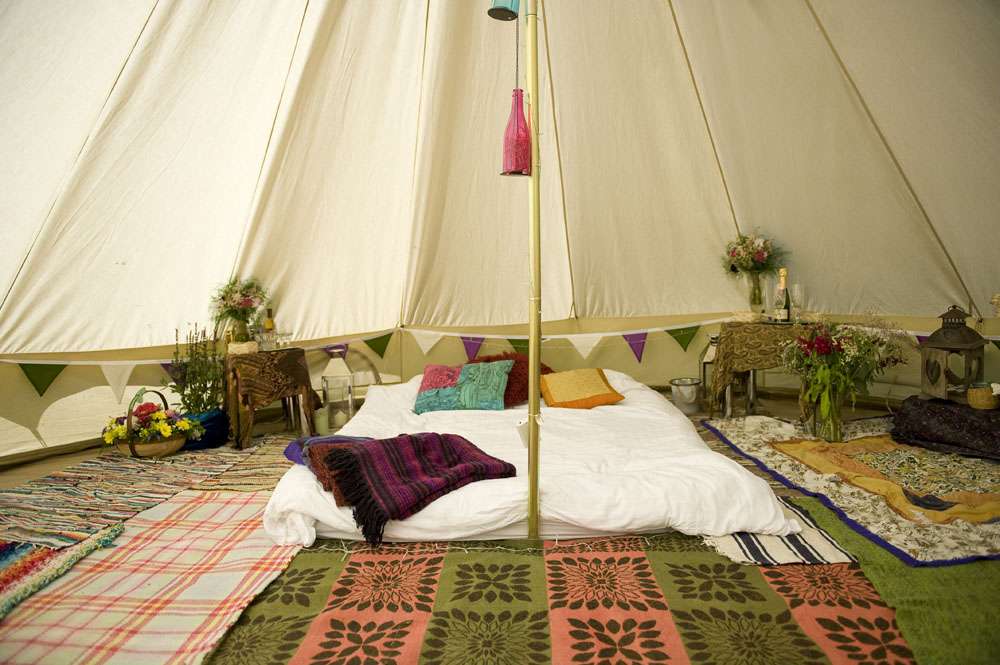 “The best bit of the day for both of us was the ceremony”, she said. “Our friend Steph wrote us the most beautiful poem and then she and our best man Si got up and did a mock exchange of vows which was hilarious. They and the minister ended up having a bit of a jive at the altar. My side of the family got together to sing Ar Lan Y Mor, a traditional Welsh folk song which started with a solo by my 86 year old grandmother. There was not a dry eye in the house!” 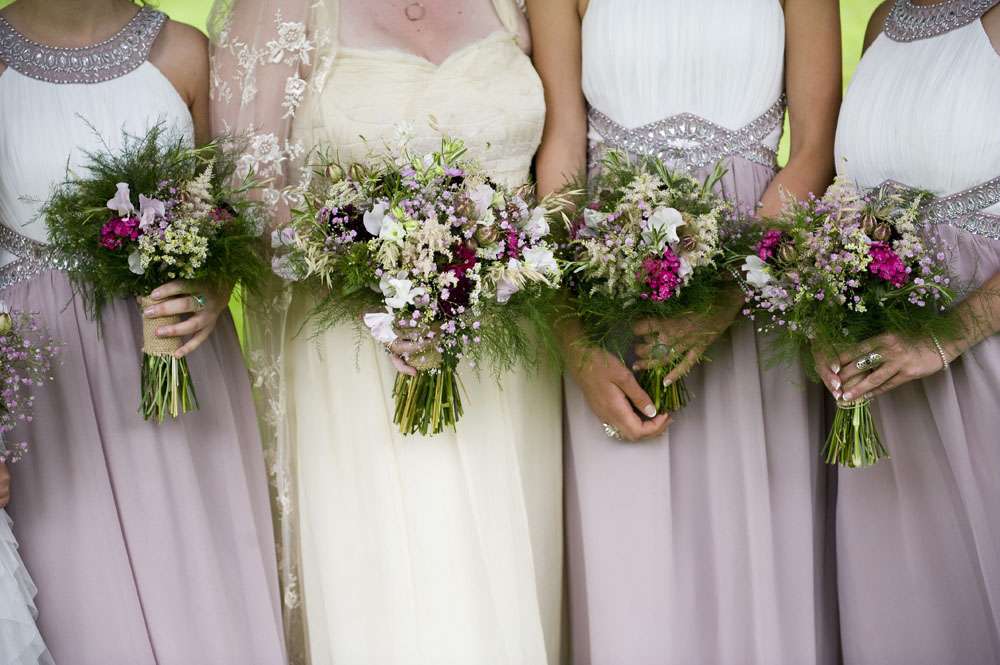 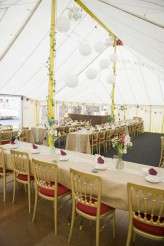 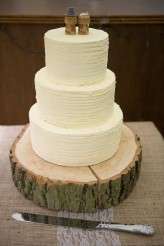 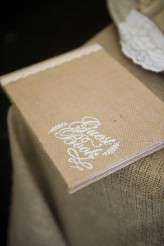 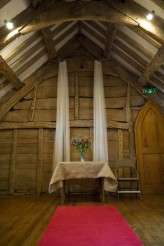 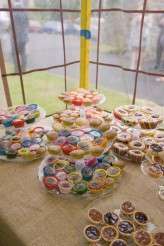 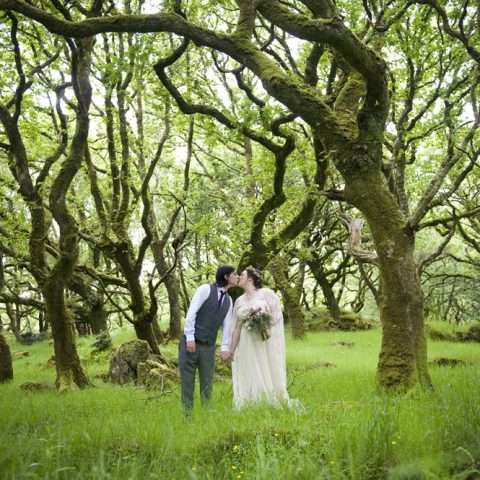 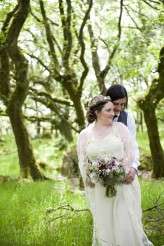 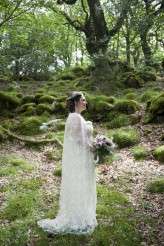 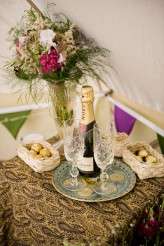 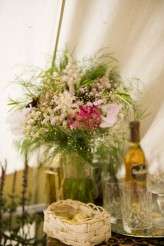 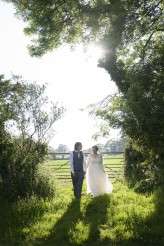 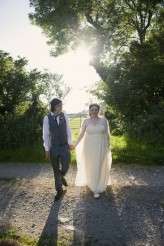 Dara and Vince had a three day wedding, the first being their legal ceremony followed by a woodland blessing and party a couple of days later. Their woodland ceremony was officiated by the bride's dad. They wanted something chilled out and natural and having a longer event meant their guests could really get to know each other.

Sustainable Festival Wedding in the Woods

Jo and Jonathan were married in June at Wise Wedding Venue in Kent. They wanted an outdoor ceremony, and a laid back reception so a festival themed day it was!