Xaviera and Russell’s wedding didn’t follow any rules. It was held at Casa Rio De Colores and quirky venue located just outside of Austin. The couple described their theme as a ‘rainbow family reunion’.

“We had a three day weekend wedtacular”, said Xaviera. “Our location was very unique and allowed for an interesting weekend. Friday night we had a talent show. Saturday during the day there were lawn games and there’s a river for swimming. The ceremony was at sunset and all the guests were asked to bring puppets for the recessional. We had a potluck dinner (although we did supply booze and a roast pig.) The groom built an effigy and it was burned along with a firework show. We also had grilled cheese at midnight. Sunday morning we had breakfast tacos and bloody marys.” 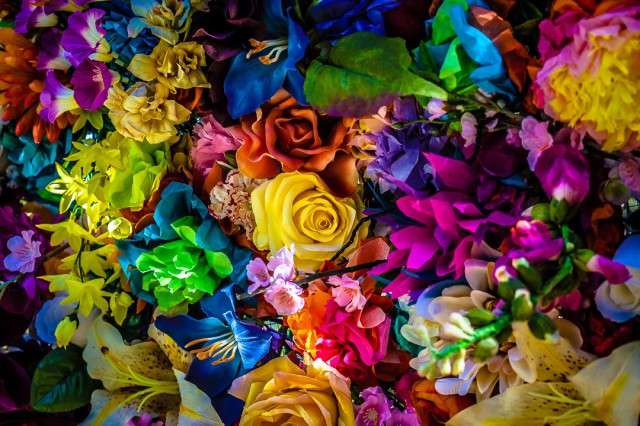 “The talent show was so much fun!”, she continued. “One of the surprise acts was our friends who wrote us a song. It was so great we had the perform it as part of the ceremony the next day. My Mom also surprised me with a whole choreographed song and dance number with friends compete with a wig!” 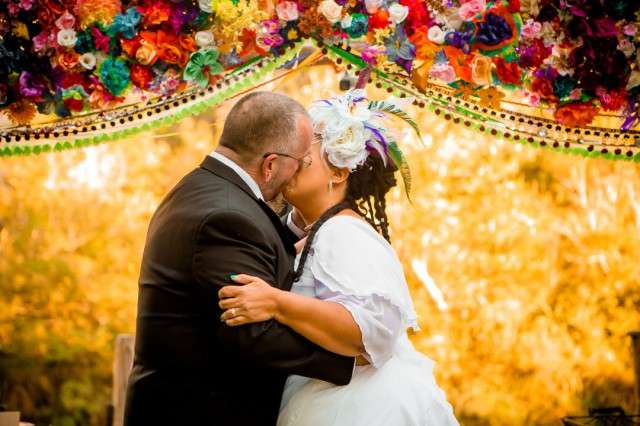 “Our wedding was largely DIY. We designed the invitations, a friend created the altar, we created music soundtracks and decorations and the groom brewed all of the beer and wine (120 bottles of wine and 20 gallons of beer!)” 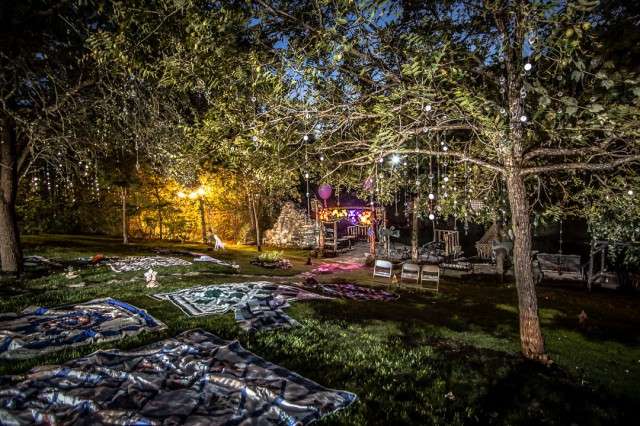 “The two things we splashed on, which I’m so glad we did, were a day-of coordinator and servers and a clean up team.  Although I had many people on Team Wedding who offered to help us on the day, I wanted us all to be able to relax and I needed someone to be in charge! Although we had a potluck meal, having the hired servers to take in the food, clean up and wash the dishes was definitely money well spent!” 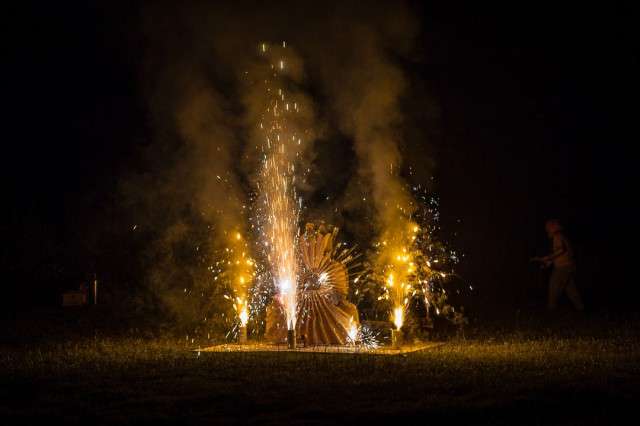 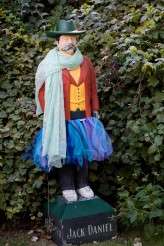 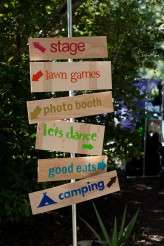 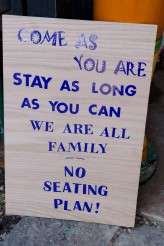 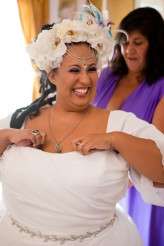 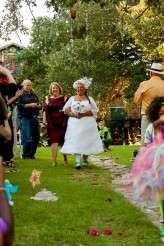 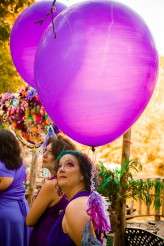 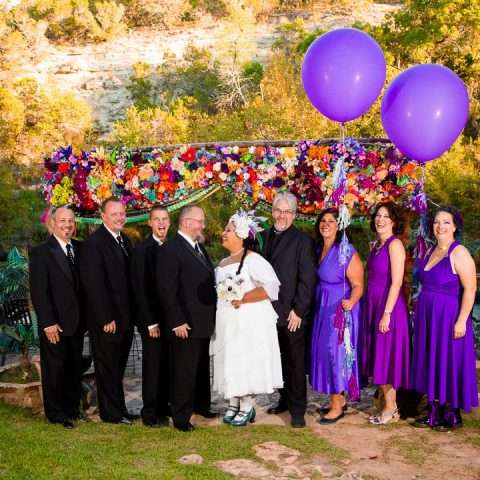 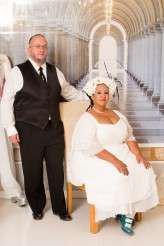 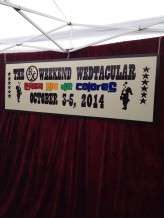 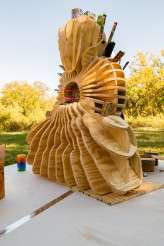 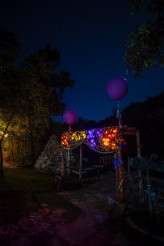 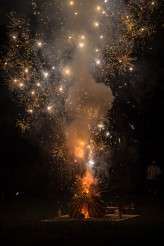 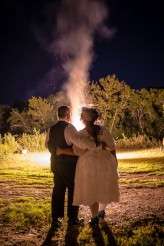