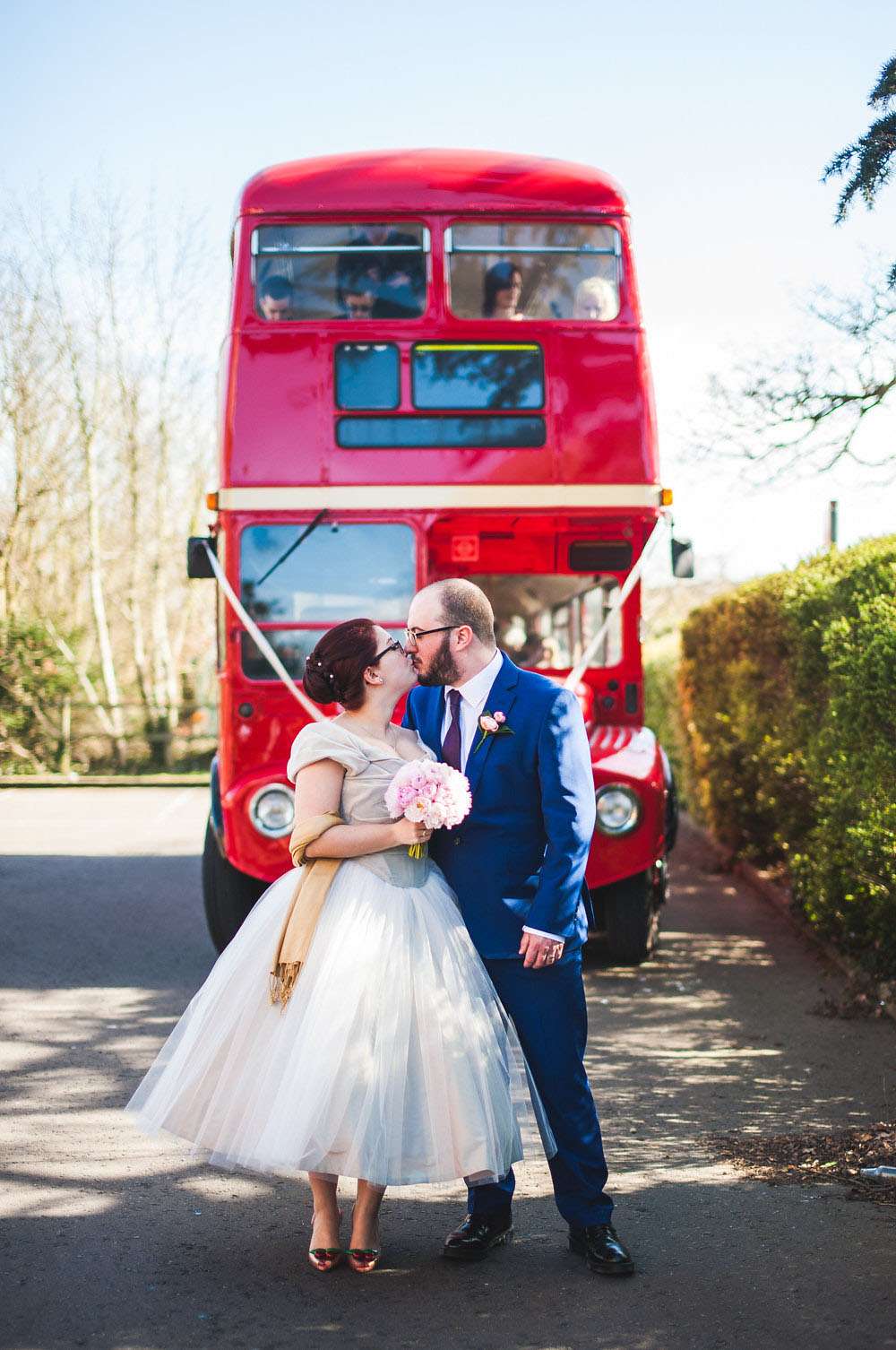 Sarah-Lily and Jon wanted a fun wedding that they’d created themselves. Their main theme was dinosaurs and glitter and all their family and friends pitched in to help.

“We wanted our wedding to be relaxed”, the bride told me. “We’re both massive dinosaur fans (our first date was to the Natural History Museum!) so we also wanted to incorporate that into it. We also love festivals and summer fairs, so that was another big inspiration.” 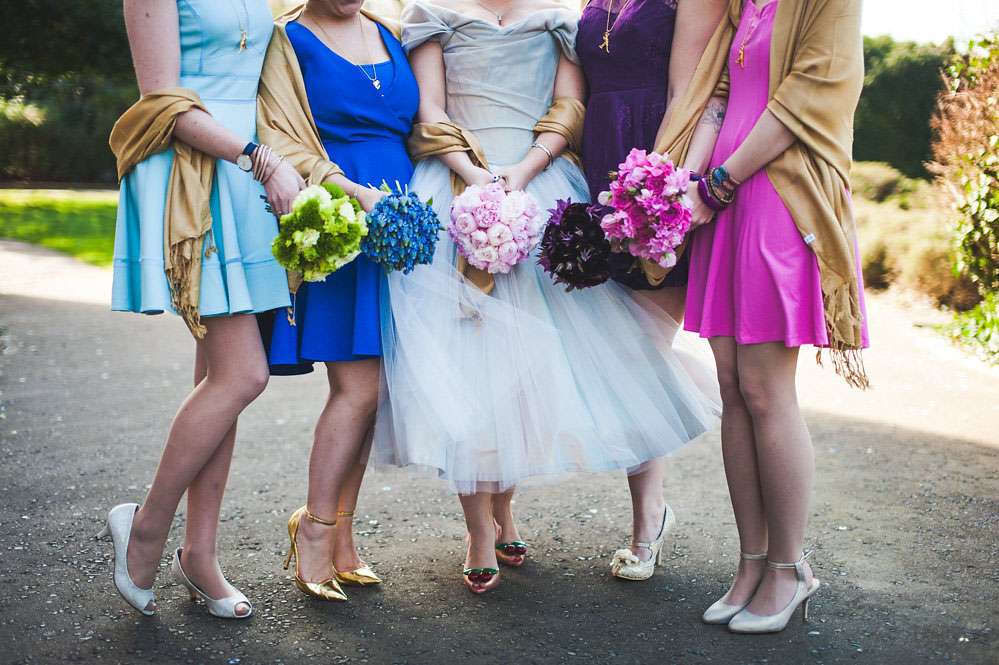 “All the dinosaur decorations were hand-glittered”, she continued. “There were 52 of them! My bridesmaids helped me glitter them plus 50 jam jars which were filled with our favourite sweets for people could munch on throughout the day. Jon made over 60 origami T-Rex’s and my mum made over 80 metres of bunting, as well as our wedding cake and all the gingerbread favours! My dad made the frame for the table plan. Our guest book was combined with the photo booth, so guests took a picture of themselves using the Polaroid camera that we got off of eBay and then hung on a tree, it was great!” 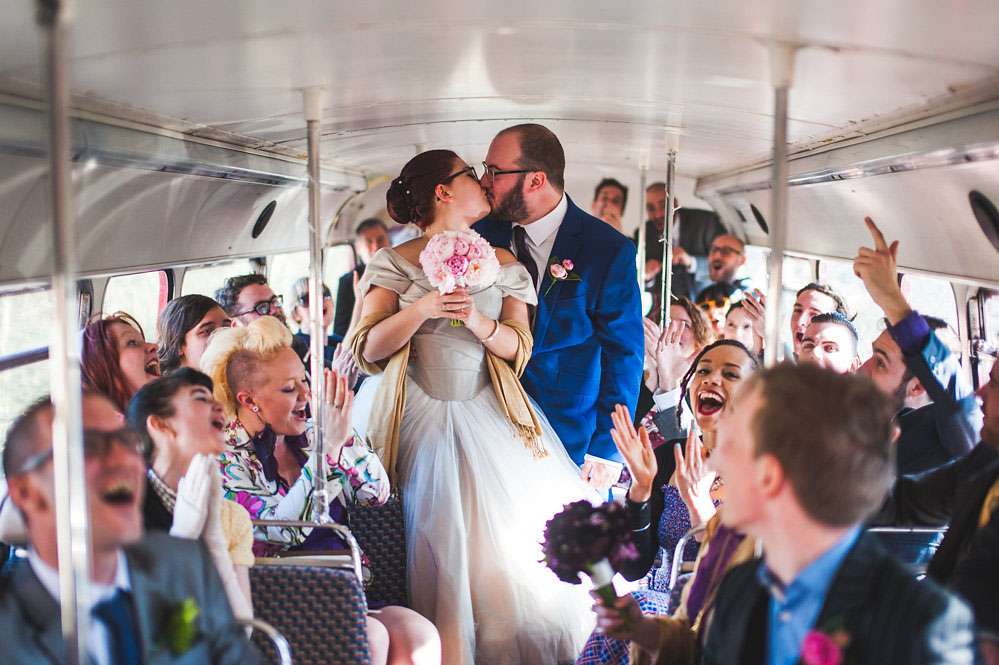 “Our beautiful and absolutely spectacular card box was made by our very dear and close friend Kitty and our rings were made by Jon’s dad and engraved with the Han and Lelia’s I love you/ I know as we’re huge Star Wars fans. Literally almost every element of that wedding had care put into it by someone we love and, not to sound like a complete hippy, but you could feel that throughout the day.” 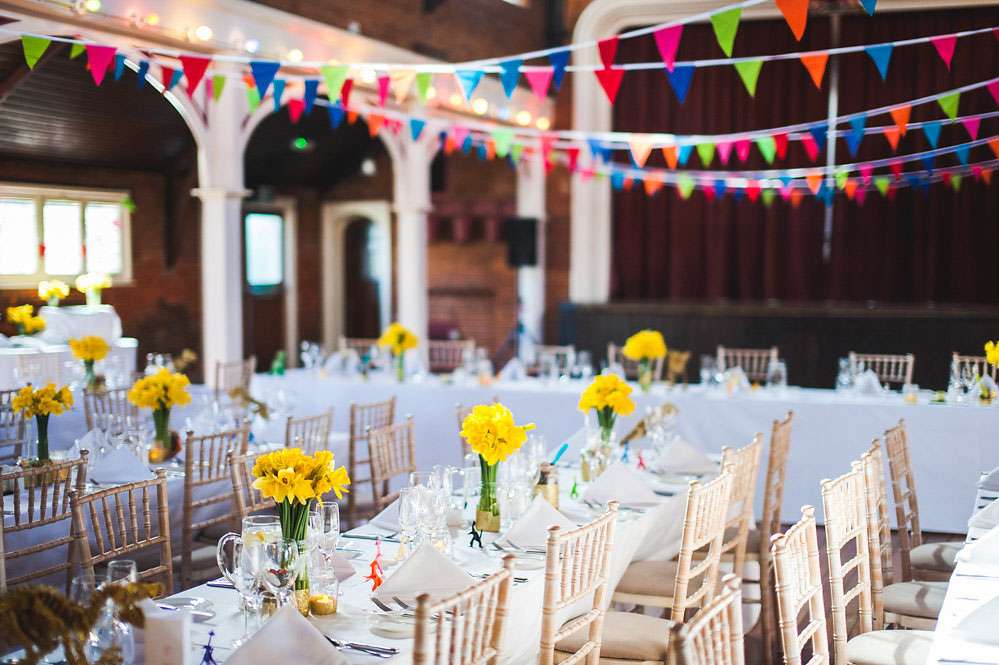 “The best bit of the day for me was the ceremony”, she said. “I know it might sound strange when we put so much effort into everything else, but we were both really surprised by how much we liked doing the ceremony! Out of all the bits it was the part we were least interested in beforehand, it was just a means to an ends really, but when we got to it, it was so lovely, standing there together staring at each other and saying to each other ‘Man, we made it. We’re here… we’re actually here!’ When the ceremony finished, we did a little dance of celebration. I don’t think there was a single second of the whole thing that we weren’t both smiling or laughing. It really set the tone for the whole day.” 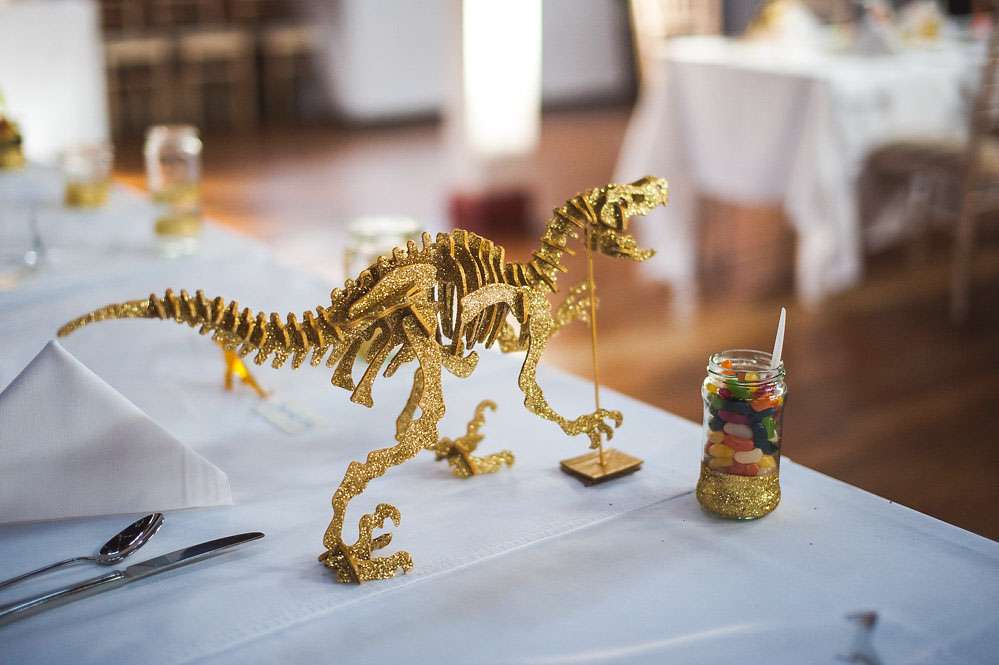 Sarah-Lily’s beautiful dress was made for her by Beyond Burlesque, and although it ended up being the biggest chunk of their £7000 budget, it was so worth it! “I really just wanted an excuse to be a Disney princess for the day! I hadn’t set out to spend nearly as much as we did on the dress, but the minute Belinda from Beyond Burlesque put me in it I knew it was the one. She was amazing and totally put me at ease as I had gotten myself quite worked up over this whole dress business. Our other biggest costs were photography (hugely important to us both) and having an open bar. Our friends like to drink and we didn’t want it to run dry! My parents helped us out with the cost of this too.” 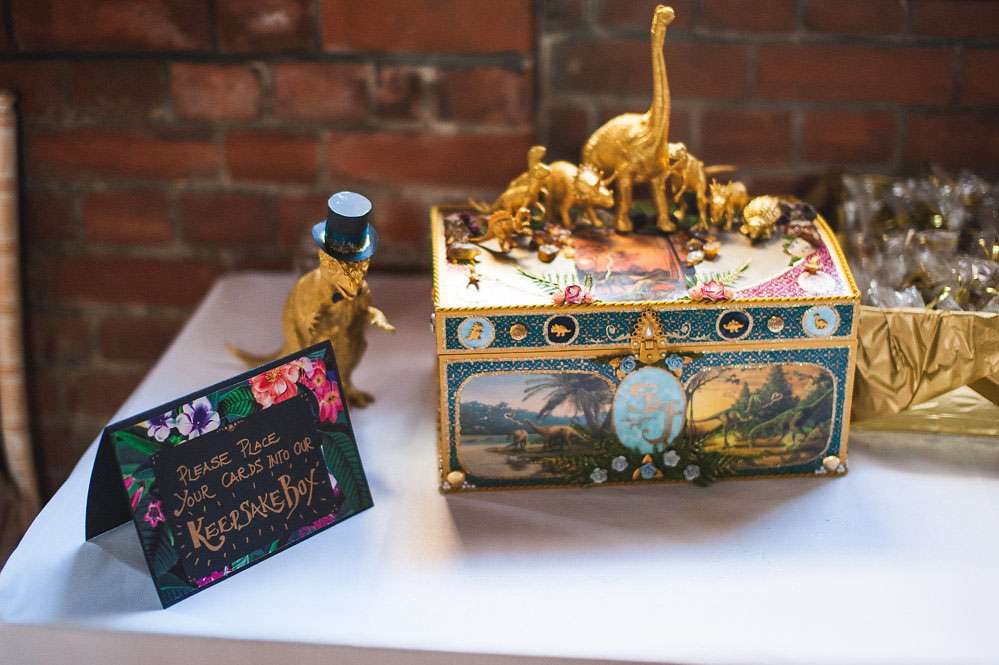 “My advice for other couples would be EAT THE FOOD THAT YOU JUST BLOODY PAID FOR!!!” she laughed. “I barely ate anything all day, mainly because I was corseted and full of energy, but we put on a cheese table and I got none of it! I also think something that really helped us was to sit down and talk about the things that we wanted to include in the wedding. I also can’t stress enough that you should always be ‘you’ and that your wedding is a reflection of you and your love. Of course be open to suggestions from other people but don’t get caught up in their opinions. Also try not to worry about timings and stuff on the day and what’s meant to be happening when. Just sit back and watch it all unfold with a drink in one hand and your husband/ wife’s hand in the other. At the end of the day you can turn to them and say ‘Baby, we did it!'” 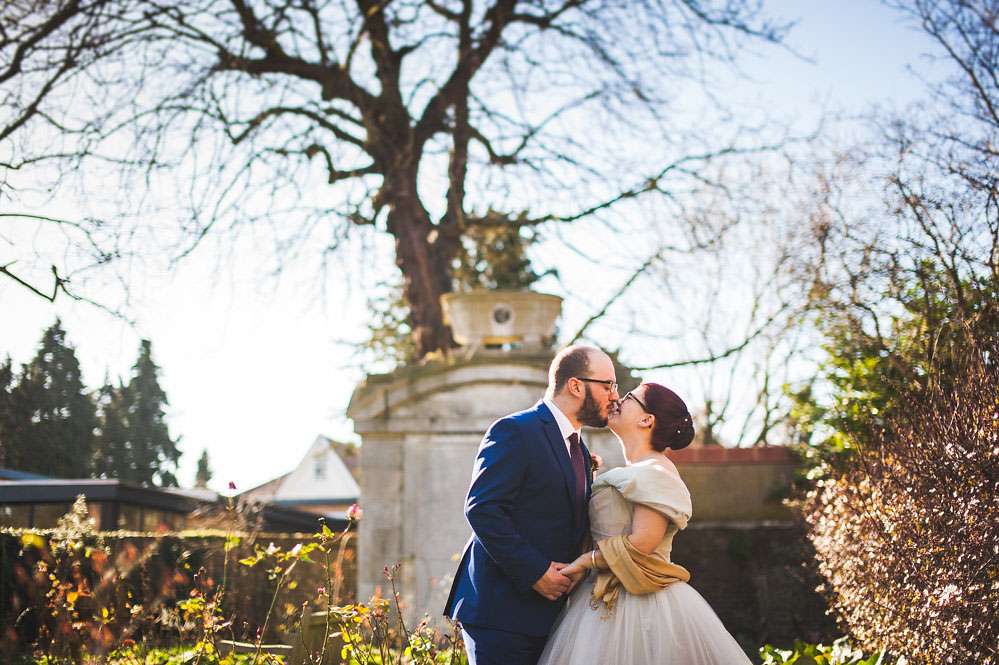 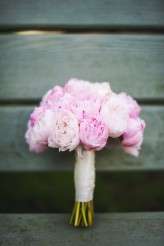 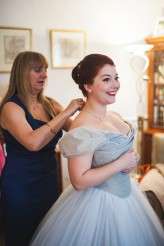 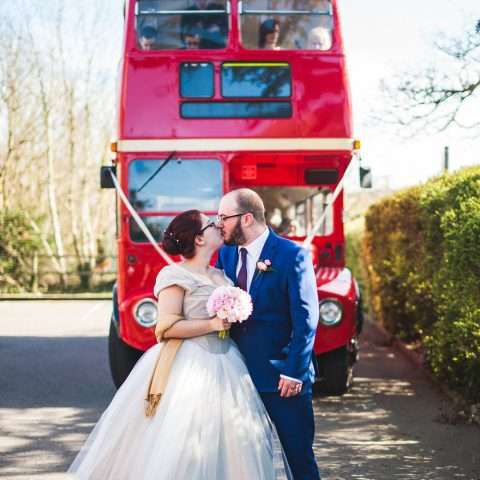 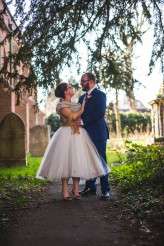 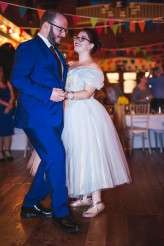 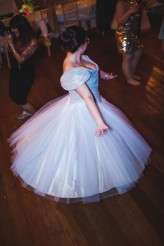