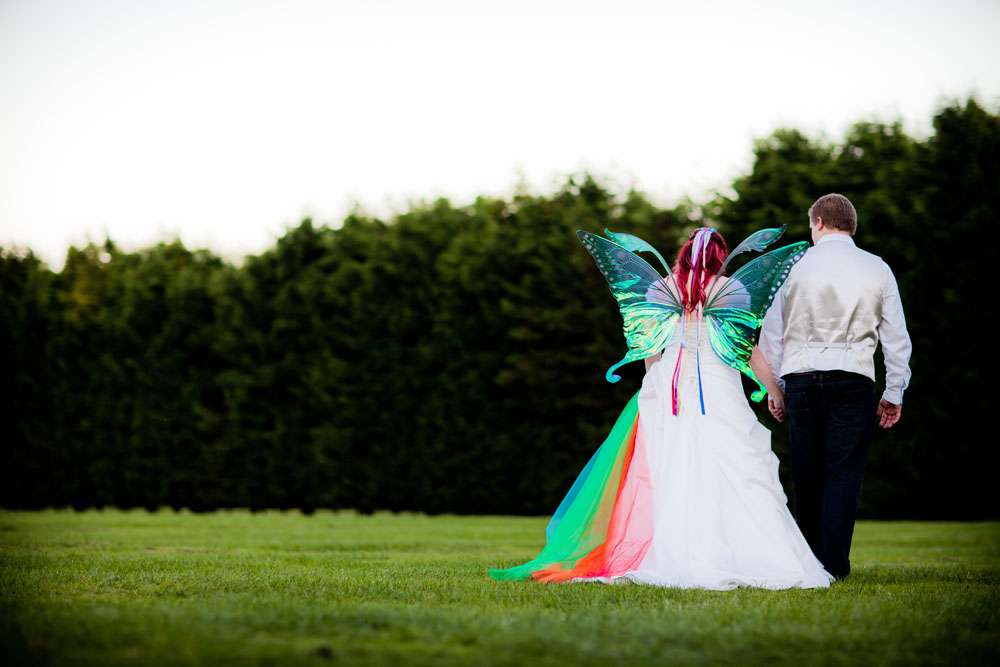 Now this is something you don’t see everyday – a bride in wings! Chris and Chilli were married in August and planned their rainbow fairy wedding completely by themselves.

“Our wedding was rainbow themed with a relaxed, fun atmosphere”, explained the bride. “We didn’t want a fancy church ceremony, posh cars or for me to wear a simple white gown. Instead, there was a horse and carriage (I have been around horses my whole life and it has always been my dream to arrive at my wedding in one!), a civil ceremony outside under a pagoda, and colourful outfits including me in fairy wings! Our reception had a pub atmosphere and our meal was a BBQ. We also had a bouncy castle!” 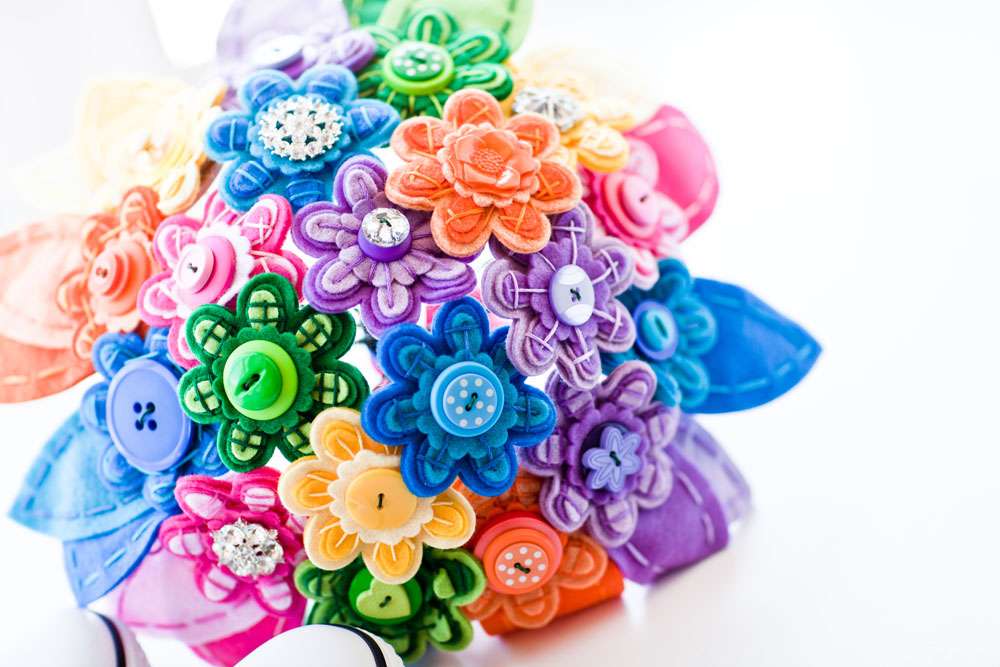 “My dress was originally by Benjamin Roberts but with a heck of a lot of changes and alterations by Margaret from Confetti & Lace, we turned it into a unique piece to show off my personal style. My shoes were custom made rainbow Converse. I live in Converse, so it only felt right to wear them on my wedding day too. I don’t like cut flowers, to me they are expensive dead things, so I carried a felt bouquet made by Miss Jennifer Rae.” 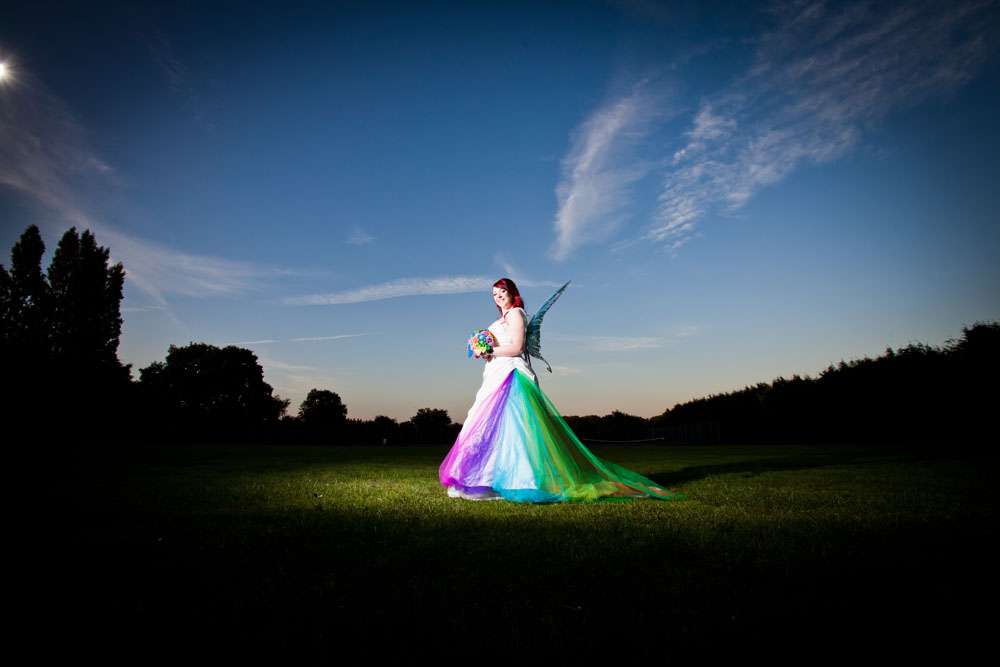 One of the most memorable moments from the day was the mother of the bride’s surprise performance! “Our entertainment was my mum and aunts surprising us with a rendition of ABBA’s Super Trooper!”, Chilli laughed. “They were inspired by the scene from Mammia Mia where three women sing and dance to that song on the hen night. They changed into shiny, wet-look spandex outfits, with bell-bottoms and bell-sleeves! It was so entertaining and such a fantastic surprise!” 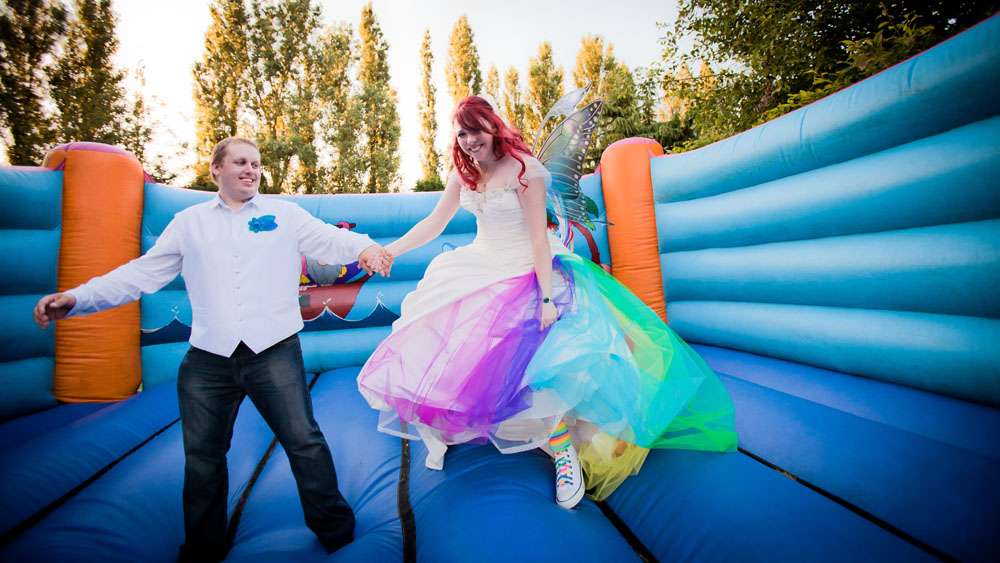 “It’s hard to pick just one part of the day that I loved the most, but although its a cliché, I loved having all my friends and family in one place”, she concluded. “The 40 minute journey to the ceremony on the horse and carriage was also amazing though!” 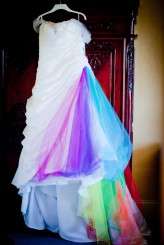 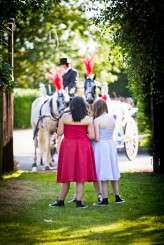 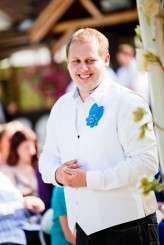 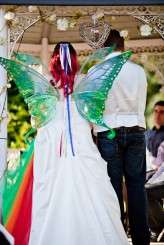 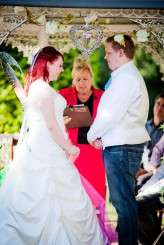 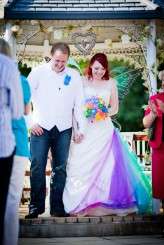 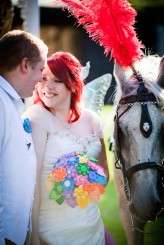 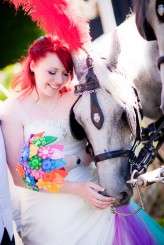 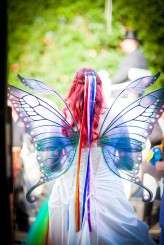 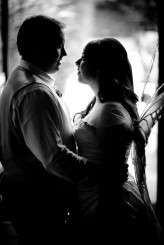 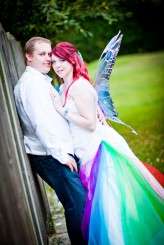 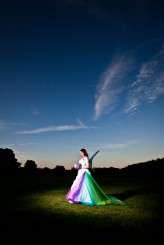 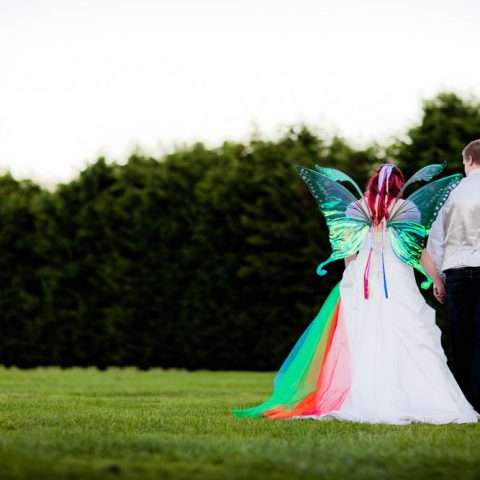 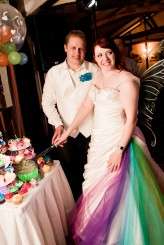