Keir and Donna were married in London. “Keir proposed on a night bus from Elephant and Castle”, the bride began, “and it was perfect for us. We didn’t have any particular inspiration or theme for the wedding, we just wanted to do something in London that was simple and involved all our friends.” 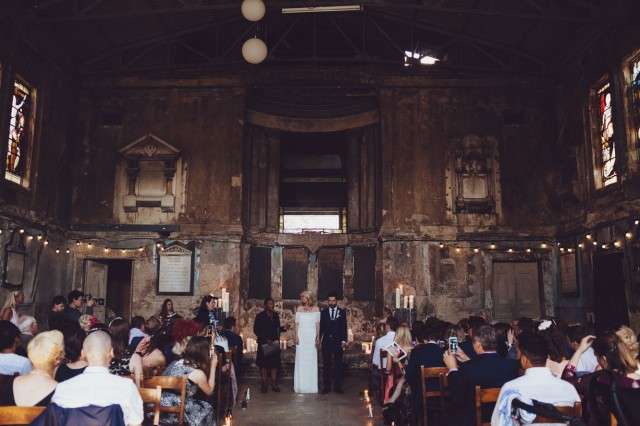 “We stayed together the night before the wedding in Church St Hotel in Camberwell with some of our closest friends. We ended up drinking far too many cocktails and crashing around 3am!”

Donna wore a Charlie Brear dress and jewellery that she had designed by a friend, Roberto Costa. “I was very laid back about the whole thing. I bought the flowers for me and my bridesmaid the morning of the wedding from a local florist.” 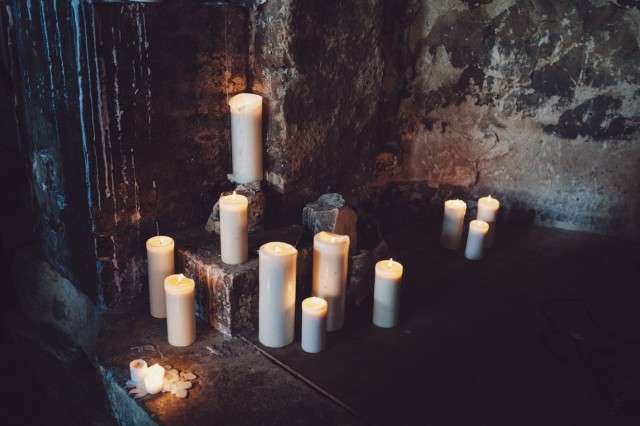 The ceremony was held at Asylum, a chapel and exhibition space in Peckham. “We booked Asylum online without even seeing it!”, she continued. “We managed to sneak a view before the wedding during a samba class that was happening there. We just loved it so much and it is also an amazing art project that gives back to the community. We loved that it was a bombed out hospital church from the first world war that had nothing more than rubble and stain glass windows. The venue was so beautiful that we didn’t need any flowers, we just put candles everywhere. After the vows we got everyone really drunk on loads of cheap prosecco that we’d bought throughout the year!” 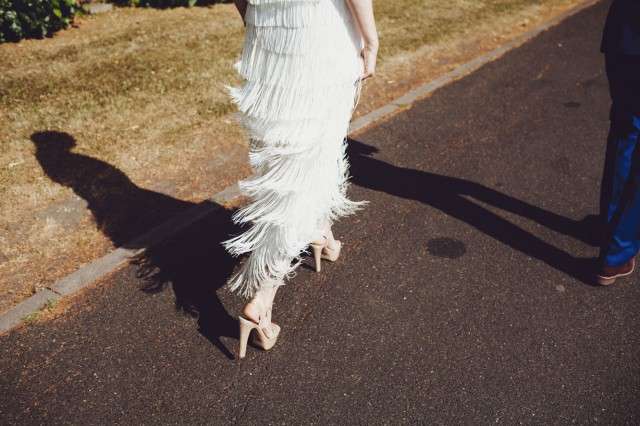 The reception was held at The Rosendale pub in West Dulwich and the couple saved lots of money by using non-wedding specific things. “We saved money by booking a reception venue that didn’t charge us a hire fee”, she explained, “and a friend of mine decorated it for us with paper pompoms and fairy lights. He totally nailed it.”

“A couple of months before the wedding, Keir approached Lewis Floyd Henry when he was busking in the street. He is the best busker in London and can play like Jimmy Hendrix. He said no at first because weddings aren’t his thing, but Keir talked him into it and he was amazing!” 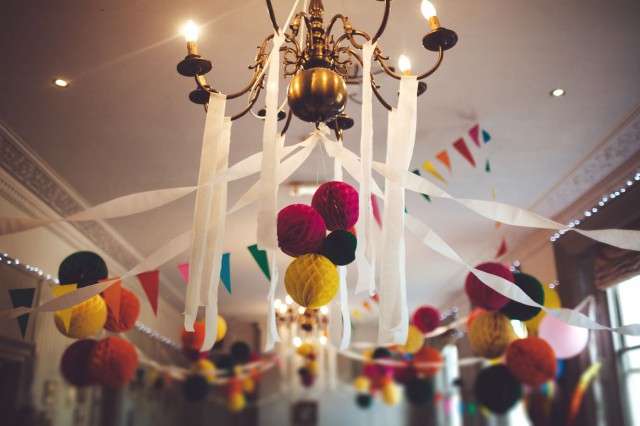 “As a wedding present our friend Tilty made our wedding favours which were macaroons that could have been professionally made they were that good! For entertainment we set up a karaoke machine and we also had a friend who is a make up artist doing face painting throughout the evening.”

“The best advice we can give other couples is don’t sweat it”, she concluded. “It all works out beautifully in the end.” 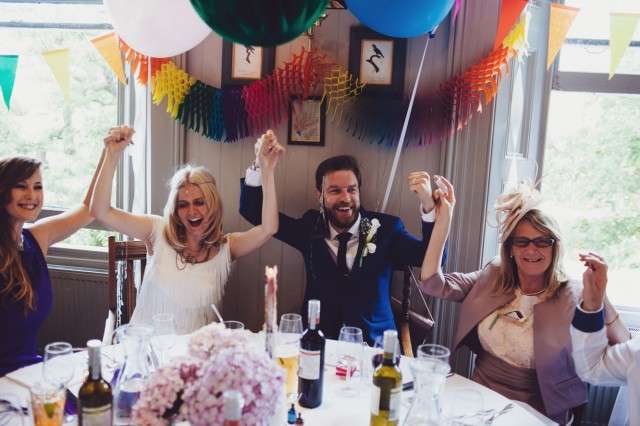 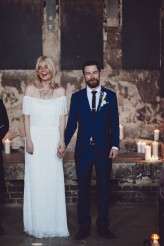 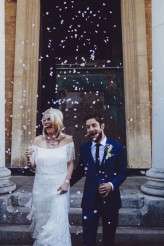 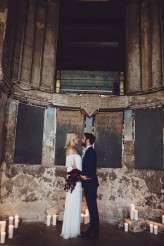 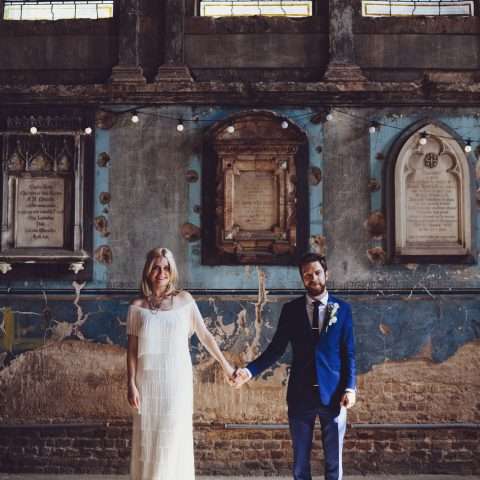 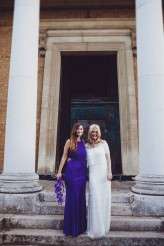 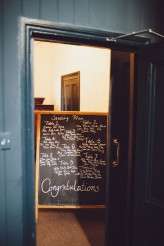 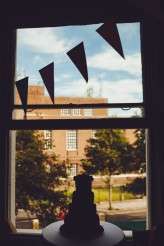