Ross and Gem were married at the Medieval Banquet Hall at the Park Hall Hotel, which set the theme for the day. “Our inspiration came from our love of ‘old’ England”, began the bride. “We adore its majesty and history. We weren’t particularly taken by the ‘average’ wedding with pastel colours, white linen, paper straws and sugared almonds, ans we wanted something people would remember. I also wanted to do loads of DIY in the run up. We spent a lot of time making sure that everyone would be entertained throughout. Not many weddings have fire eaters and King Arthur as the toastmaster! 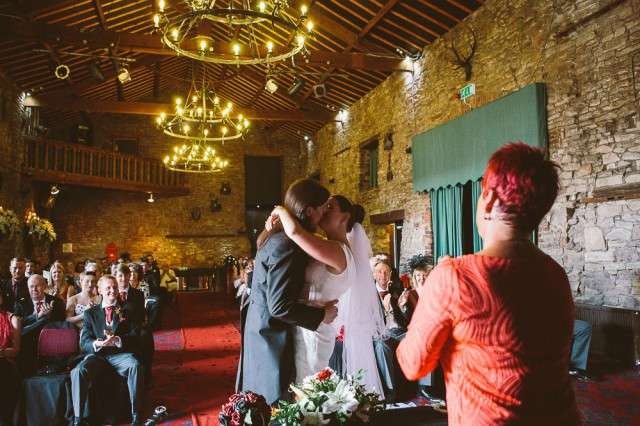 The bride wore a retro inspired dress by Alan Hannah and shoes from Iron Fist. Instead of carrying real flowers, she made her own bouquet from red and black foam roses. “Our theme was medieval, with a hint of sparkle!” she continued. “Ross is very much into black metal music and so anything frilly or girly would have been immediately veto-d. Luckily, we both have very similar tastes when it comes to aesthetics so we had loads of fun planning how the room was going to look. We asked everybody to dress according to the colour scheme (red, black and white) and the result was fantastic! Everybody looked like they should have been on a film set!” 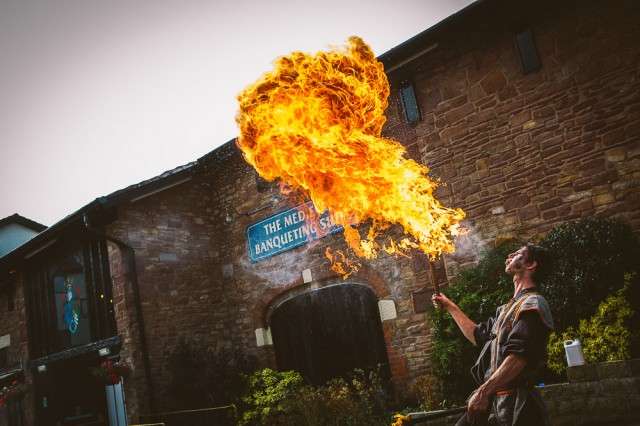 “The banquet hall dates back to 996AD, so it lent itself perfectly to our colour scheme of black table cloths and deep red sashes and napkins. We had candelabras (which were found in one of the old rooms in the hotel and we insisted they didn’t clean them – they were perfect as they were) with red candles as table decorations, along with ivy and red rose petals. To keep with the medieval theme, we asked for the tables to be laid out in banquet style – so long tables instead of round. Nobody had their back turned to us during the wedding breakfast that way and it was great to be able to see everyone we love getting on together.” 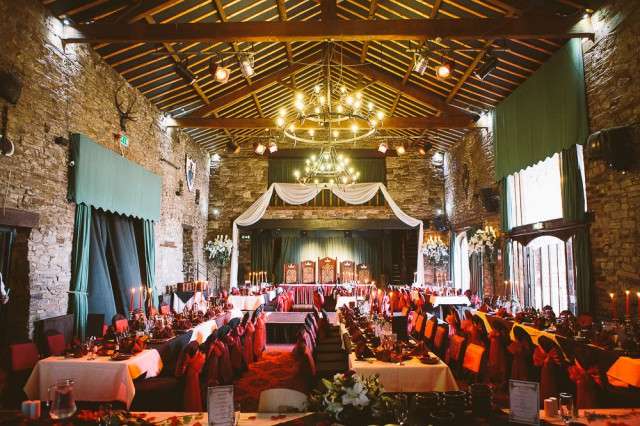 One of the couple’s biggest expenses was the catering as it had to be just right and on theme! “The theme carried through to the food, which was served in five courses with entertainment including fire eaters, magicians, comedy sketches, and dancing. The food at Park Hall was lovely, with only the most hearty of eaters being able to finish it all. The waiting staff were dressed as wenches too and served the food in spectacular style!” 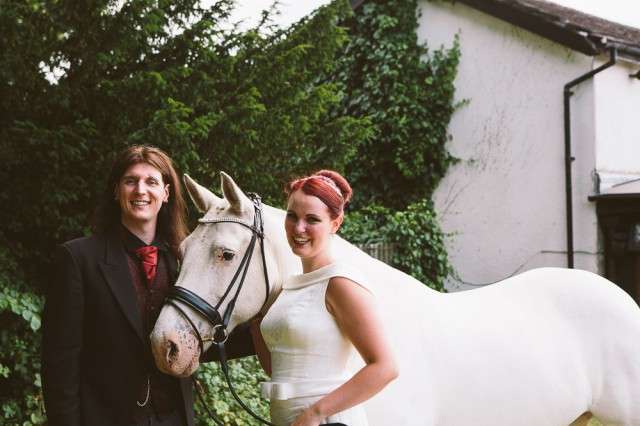 “Our guest of honour was Saffy, my horse”, she laughed. “She came to schmooze the guests during the drinks reception and we both absolutely loved having her there. I couldn’t imagine getting married without her there, so it just put the big horse shaped cherry on top of the perfect day. People did ask me to ride her, but I was wearing a very pretty dress and she doesn’t know how to keep things nice!” 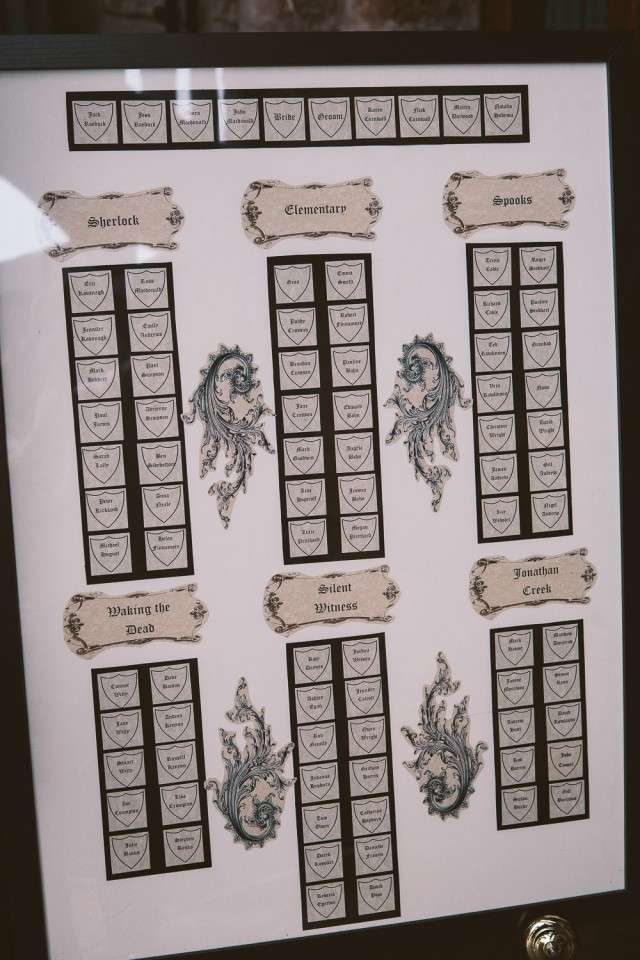 Something else that was really important to the pair was having a great photos and a video made of the day. “The one thing everybody says before you get married is that the day flies by and you miss so much of it”, the bride explained. “I never like the idea of missing anything, and Ross agreed, so we decided to dedicate a good chunk of our budget to that. We were not disappointed! Make sure you get a good photographer and videographer. The pleasure we’ve got from watching the videos and looking at the photos in the months following the wedding has been huge. We can’t wait to show them to our children when we have them too!” 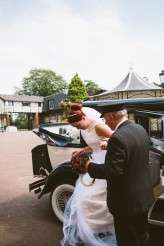 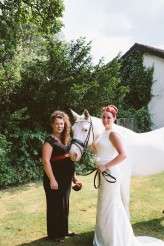 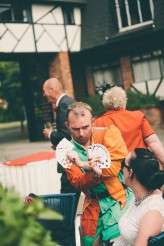 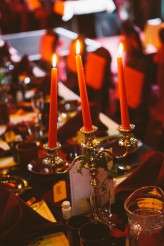 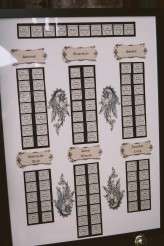 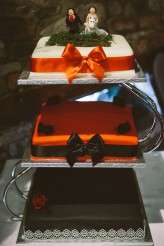 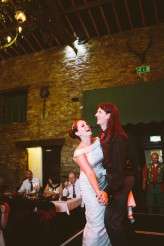 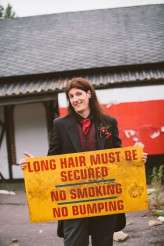 Jake and Pixie were married at the fabulous Lyde Court in Hertfordshire. They took that space and transformed it! Two years of wedding planning meant the couple had plenty of time to collect and create all the little details that went into their beautiful reception space.

Alice in Wonderland on Acid Wedding

There really is no other way to explain Lucy and Benjamin's wedding. There are Alice in Wonderland weddings... and there are festival weddings... but mash them both together and imagine everyone in attendance has dropped acid and you're maybe halfway there to how bonkers this wedding was! Their wedding photographer Lee Allen described it as the maddest wedding he's ever been involved with... and you know what, I can totally see why!