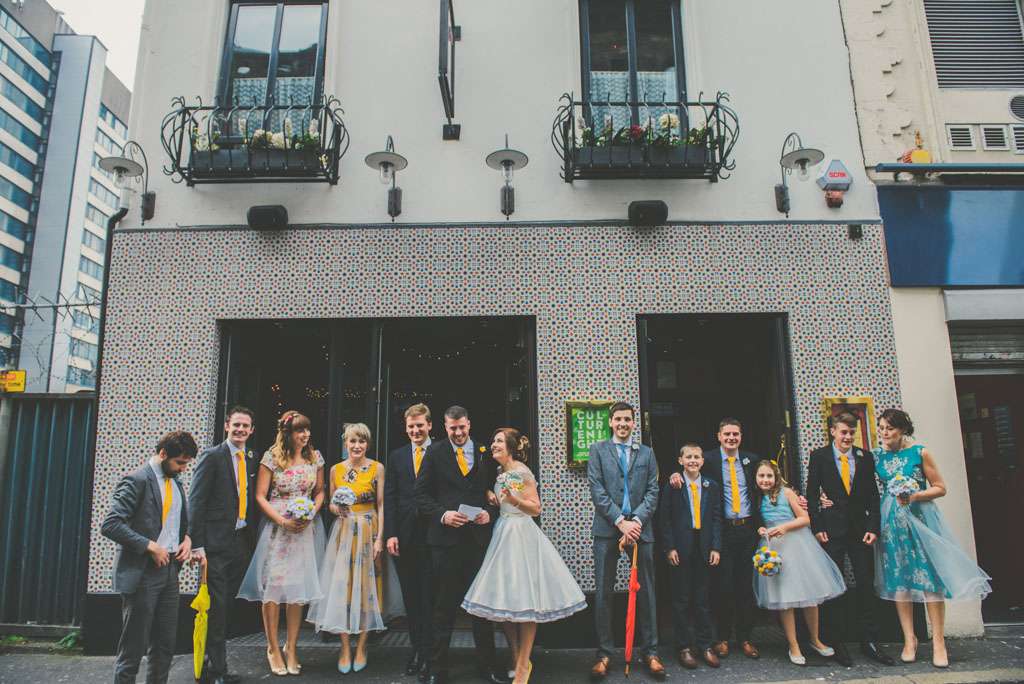 Chris and Kimberley wanted an unconventional and small wedding in the city where they met: Belfast. “We knew we didn’t want a religious service or a big wedding”, began the bride. “We didn’t want to spend our wedding day talking to people we didn’t know or didn’t want to! We had 38 guests, which was perfect.”

The couple also knew they didn’t want a traditional venue, so the wedding was held on Holohans: The Belfast Barge. “It was the first place we looked at and the last. We had the ceremony and the meal on the top deck and then we moved downstairs below deck for the evening. Calvin, the owner, is such a great host. We had so many people telling us how brilliant he was and how much they loved the staff (and food!). It was a small intimate wedding and the location lent itself to that perfectly.” 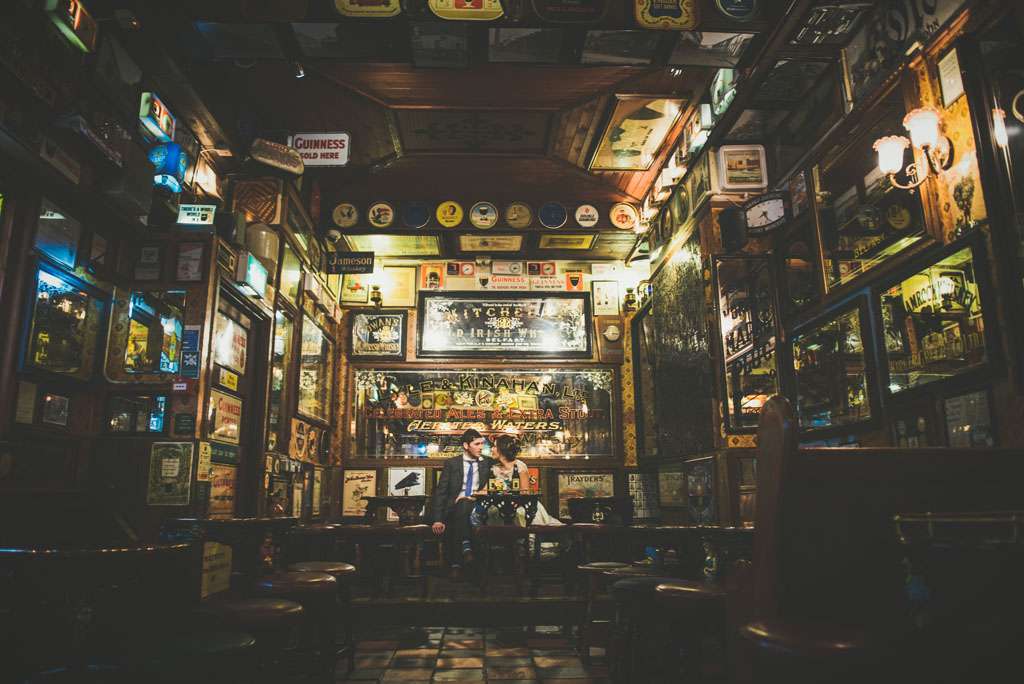 “Our wedding was relaxed and fun, will no bullshit!” she laughed when I asked about their theme. “We also did a lot of DIY. We designed and printed all the stationery, invites, table plan and name settings. We also created a ‘wedsite’ for our guests with useful travel info etc. as a lot weren’t from the area. We made the bridesmaid’s flowers, men’s buttonholes, and pom pom flowers that we placed in old beer bottles. Also a few hundred metres of bunting! Chris also made his own beer for the toast, so each guest had a bottle.” 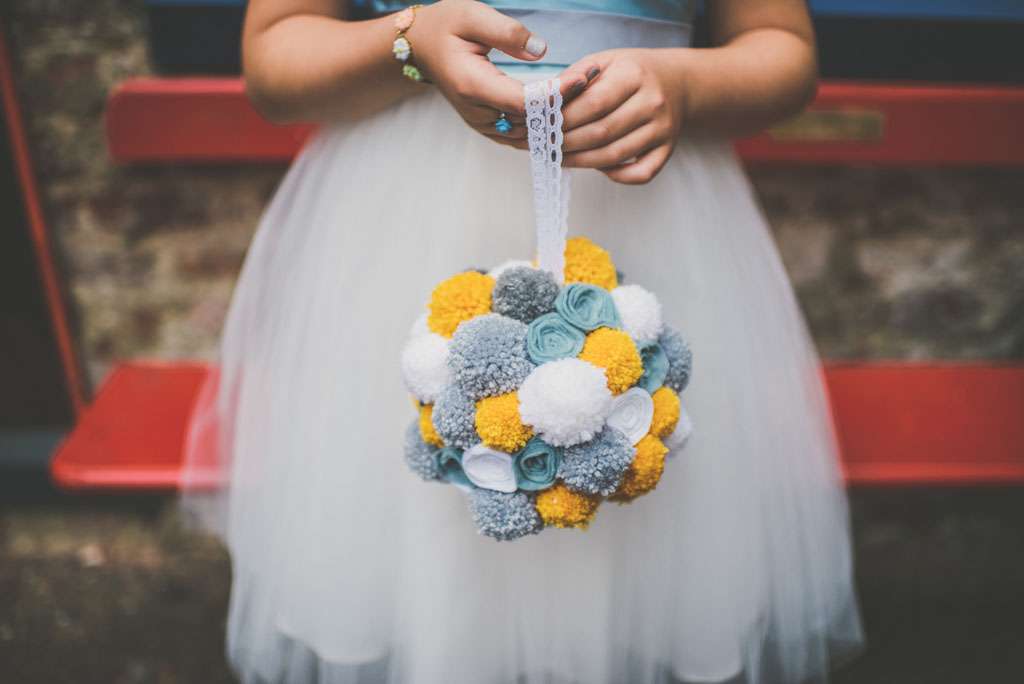 “The highlights of the day for us was seeing each other for the first time and spending time with our guests”, Kimberley continued. “Closely followed our bridal party on a walk around town for the photographs after the ceremony. It was great being taken away from the crowd and spending time with those close friends. We stopped off in the pub we first met, had a beer and I also heard all about Chris’s eventful morning (he got locked out of his hotel room in his boxers and had to go to down to the lobby half naked to get a key!) We all felt like stars walking around with everyone turning their heads and looking!” 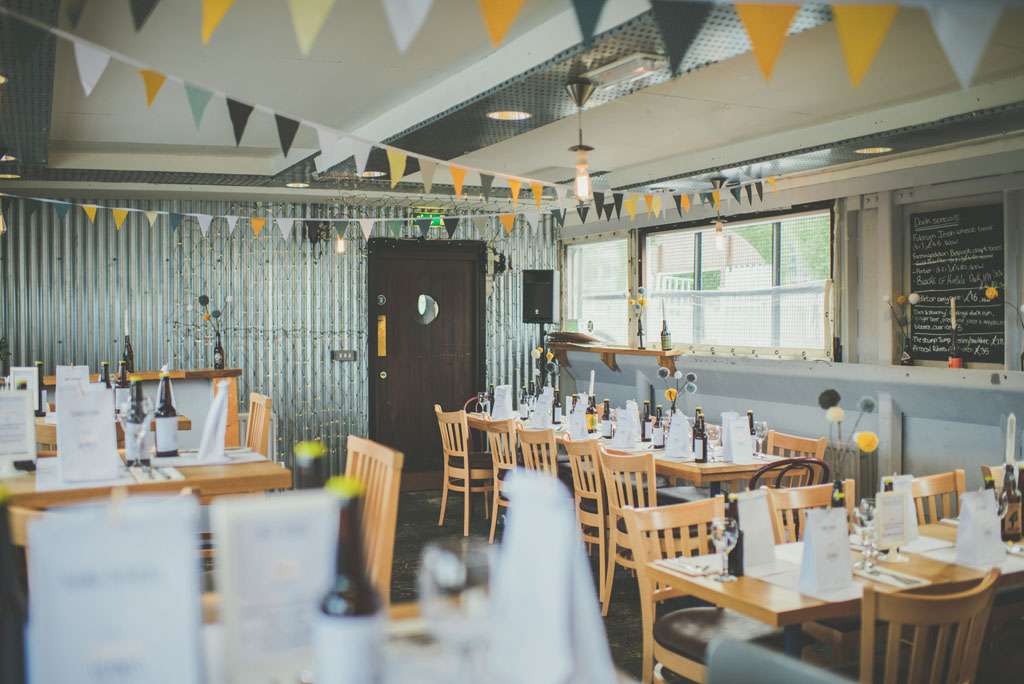 “Our biggest expense was our photographer, Paula Gillespie.”Initially I was going to ask a friend to take our photographs. I thought this would be a great idea to save some money. However after seeing some of Paula’s weddings on her site I knew we had to get a professional wedding photographer! It’s safe to say she blew us away, not only with the final photographs she produced, but with her ideas and how lovely she was on the day. The heart shaped USB we received with the images on was an added bonus!” 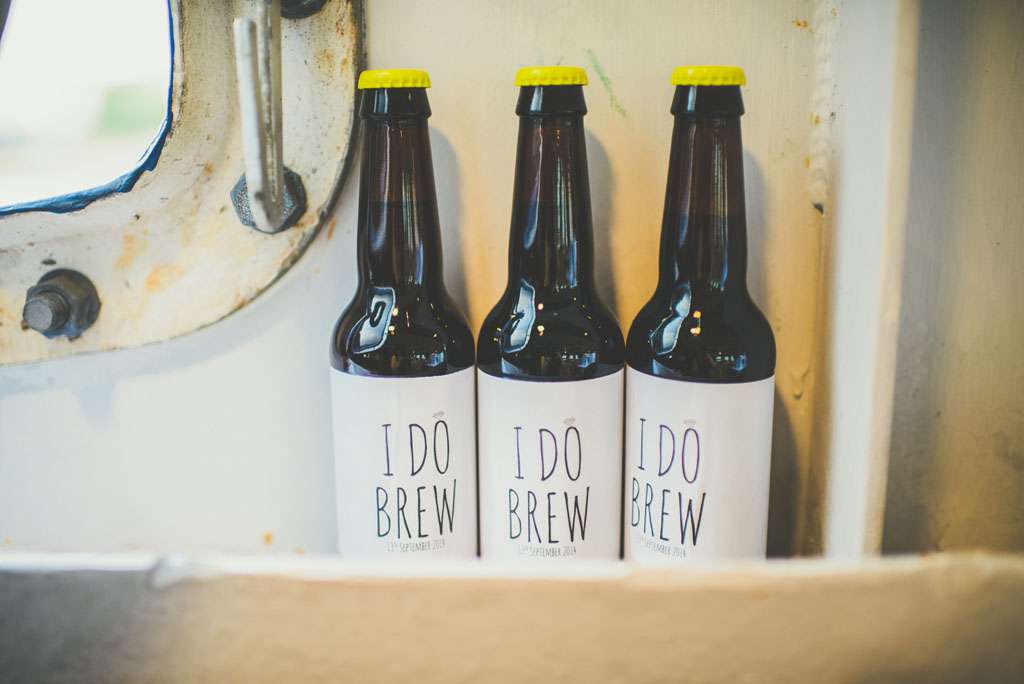 “Surround yourself with the people you love and that make you smile on the morning of your wedding”. the bride advised in conclusion. “I initially wasn’t going to have any bridesmaids, but I am so glad I did. Both my parents are sadly deceased and I knew I would be particularly feeling their loss on this occasion, especially in the morning. I can safely say my bridesmaids and my brother in law (that gave me away) made it one of the most special mornings of my life!” 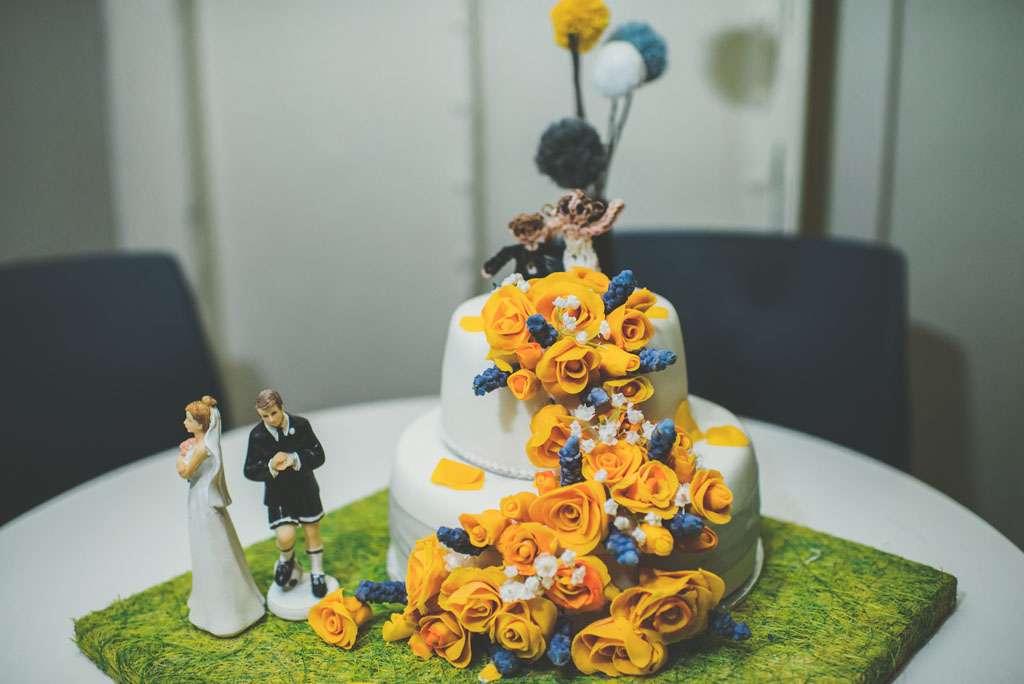 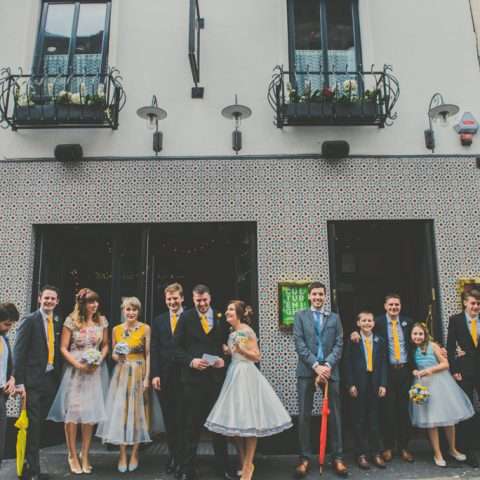