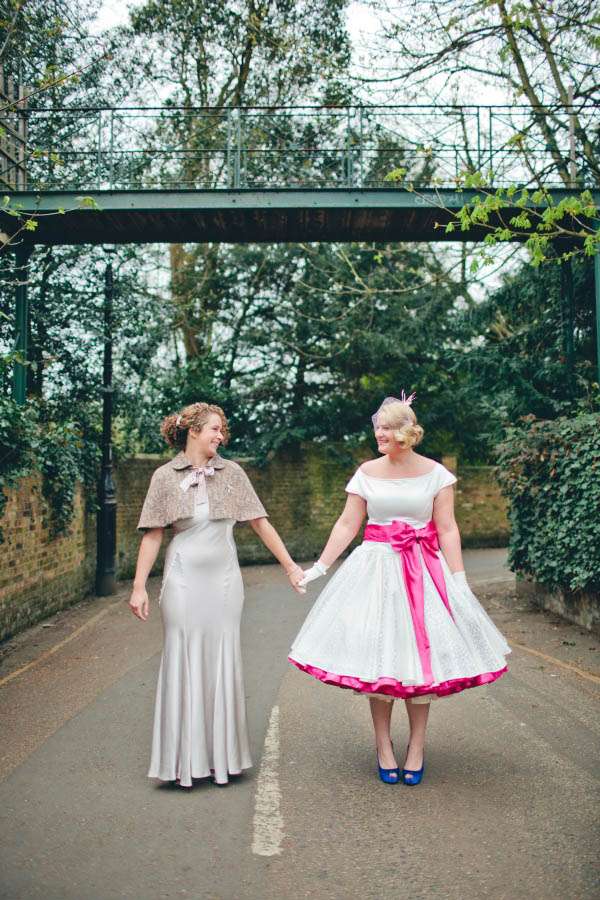 After a New Year’s Eve proposal (“not at midnight, we’re not that cheesy!”) Chloe & Emma set to planning their tea party wedding for the end of March. Being two girls, they knew their wedding would stand out and they wanted that as well as to put their own stamp on their day. As Chloe explained “Obviously as two girls getting married our wedding was always going to be a bit different. People kept on asking which one of us was going to wear the suit but we were both determined to be complete princesses on the day. We knew we wanted a vintage tea party wedding and we looked at lots of different ways to achieve it as we had a tight budget. In the end my mum who found Jam and Tea, who provided the tea & cake catering, online (she is an expert Googler) and the rest of the wedding fell into place from there.” 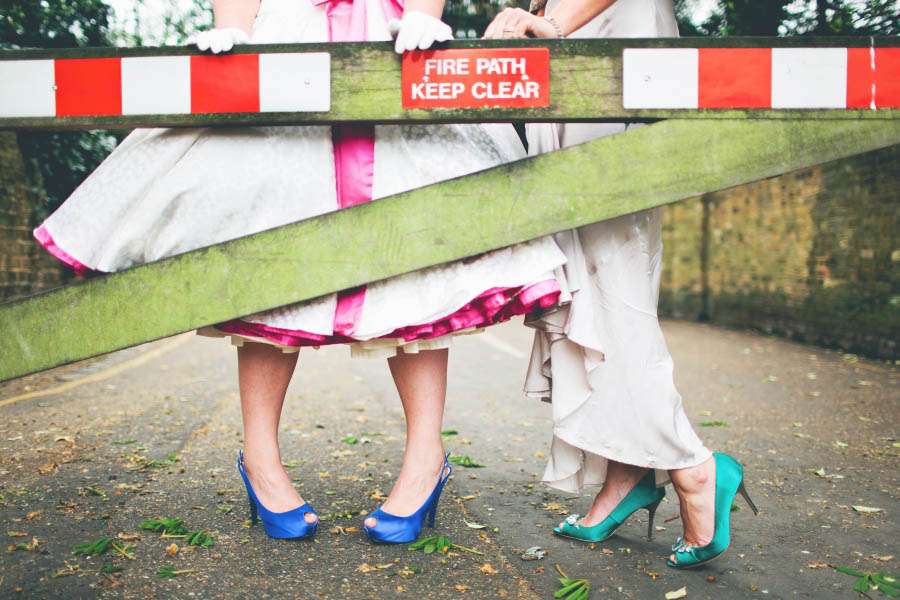 “Maryanne of Jam and Tea was the heart and soul of the whole day. Her food is insane and totally yummy and so beautiful to look at. We came away from the food tasting completely high on sugar and knowing the wedding was going to be perfect. I guess the other thing we did that was Rock and Roll was only use independent female British businesses. From the caterer to the dresses, photographs and head pieces, we tried to promote great British girlies as much as possible and they were all amazing!!” 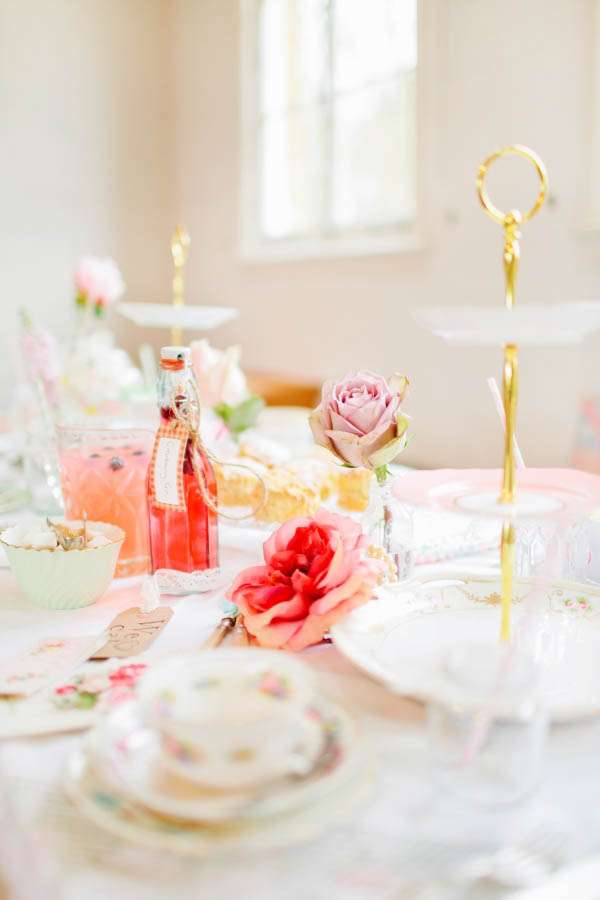 “We also made a lot of items for our wedding as we are both creative people,” she continued. “I guess the biggest thing we made was the wedding invites. We hated anything that said ‘Civil Partnership’ on them and found traditional ones so impersonal. I love to bake and Emma has a degree in industrial design so we decided to do it ourselves with a £50 budget. We also made little boxes with teapot sugar cookies inside as favours. They were a complete hit and everyone said they were the best wedding invite they ever had. They also came in under budget.” 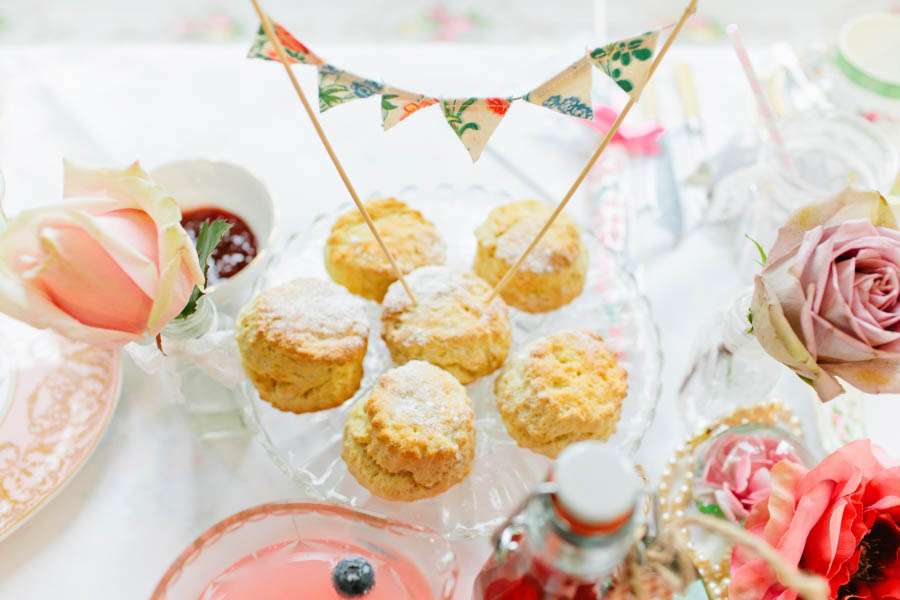 Chloe wore a short, 50s style dress which she had made by Dolly Dare in Spitalfields Market, London, and Emma’s gown came from Ghost. “We would love to add a special mention to Nazrine Elms of Dolly Dare for making the most amazing dress for me,” Chloe raved. “We went into the shop looking for shoes (they sell Irregular Choice shoes) and accidently bumped into an amazing dress designer. She does not usually make wedding dresses but was willing to give it a go and put up with us in her shop every Sunday for 3 months. It was a complete creative process and the dress is 100% bespoke and unique. I can’t thank her enough for her brilliant creative mind. I would recommend her to anyone.” 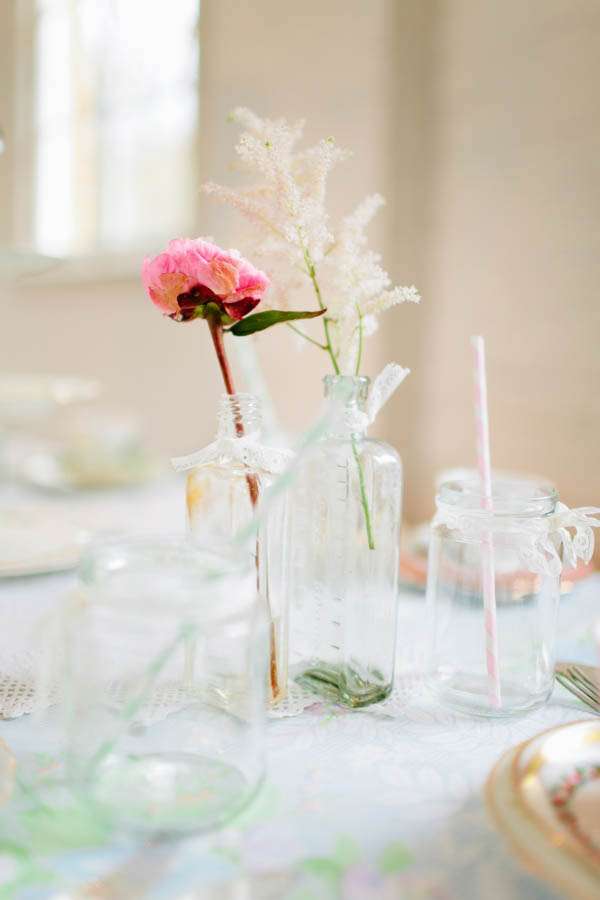 The girls chose Shell de Mar to shoot their wedding as they fell in love with her bright and fun style. “Shella made our wedding pictures look like the ones I had been looking at as inspiration for years, except better. I’m still blown away by how she made our wedding look. I knew it was a beautiful day but the light and the softness she managed to capture (on a particularly crappy March day) was phenomenal. If she and Maryanne of Jam and Tea ruled the world it would be an extraordinarily beautiful place.” 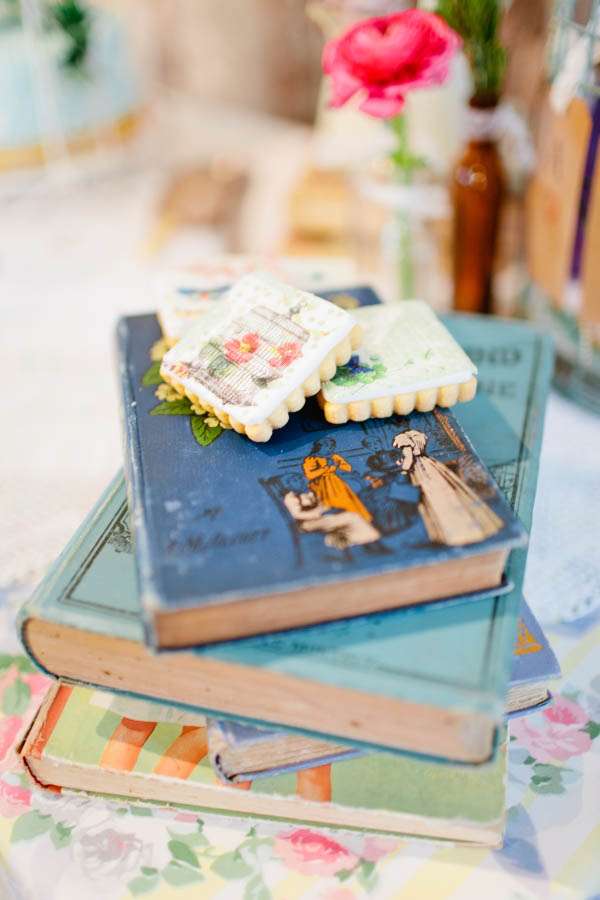 Stunner indeed! Thank you to Chloe & Emma and the fabulous Shell de Mar for sharing the gorgeousness with us today. 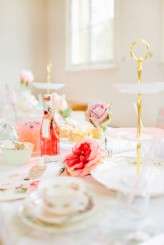 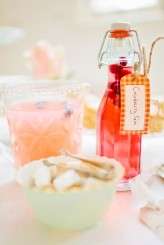 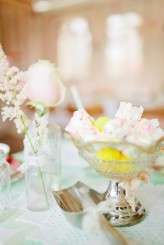 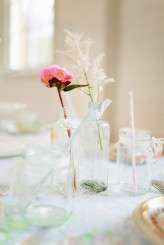 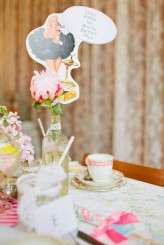 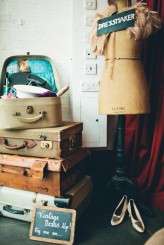 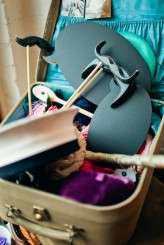 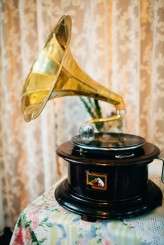 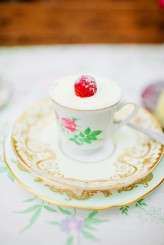 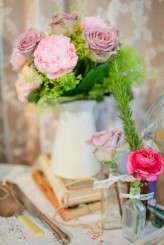 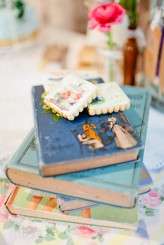 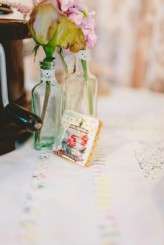 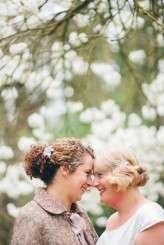 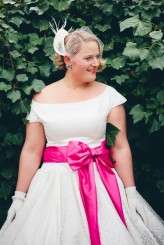 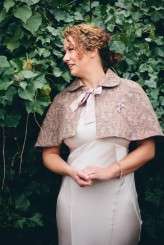 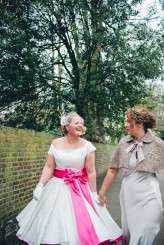 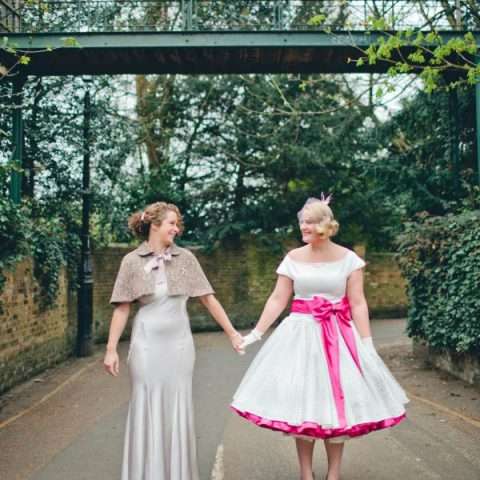 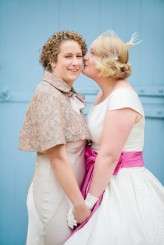 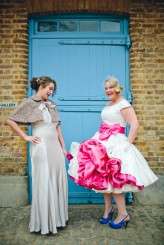 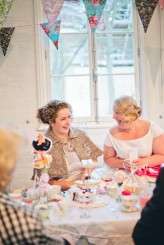 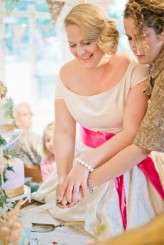 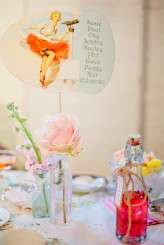 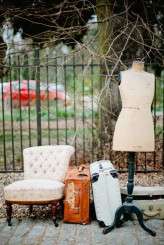