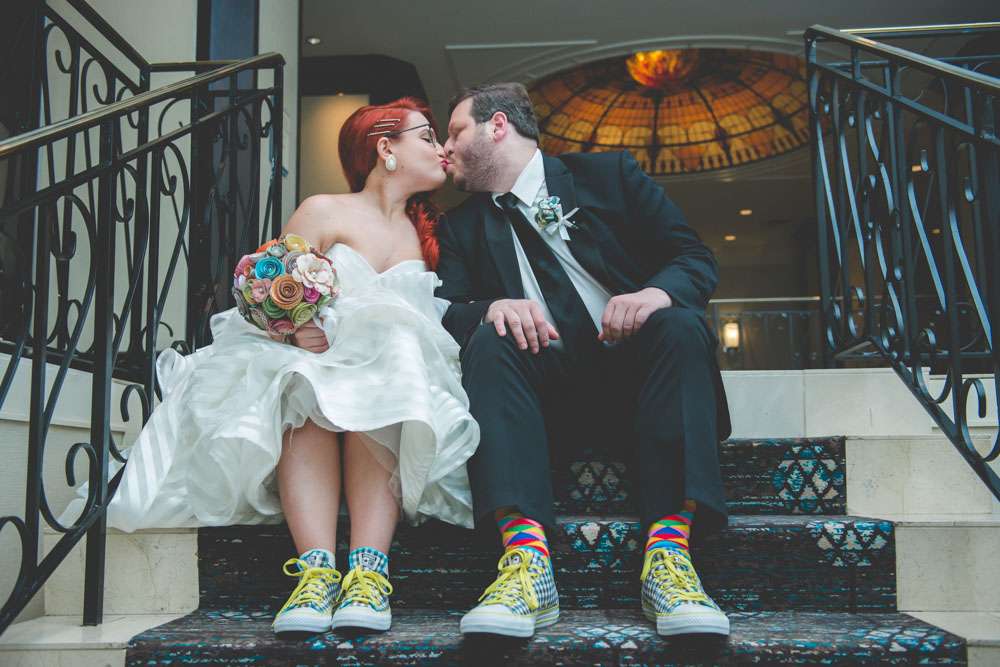 Married at Brooklyn Winery in New York, Lindsay and Jesse’s wedding was fun, colourful and a perfect reflection of them. It wasn’t all smooth sailing, but you’d never know that to look at these beautiful pictures. The bride wore a striped dress by Hayley Paige and many pairs of custom glasses! They had paper flowers instead of real ones and a Rice Krispy cake in lieu of anything traditional. 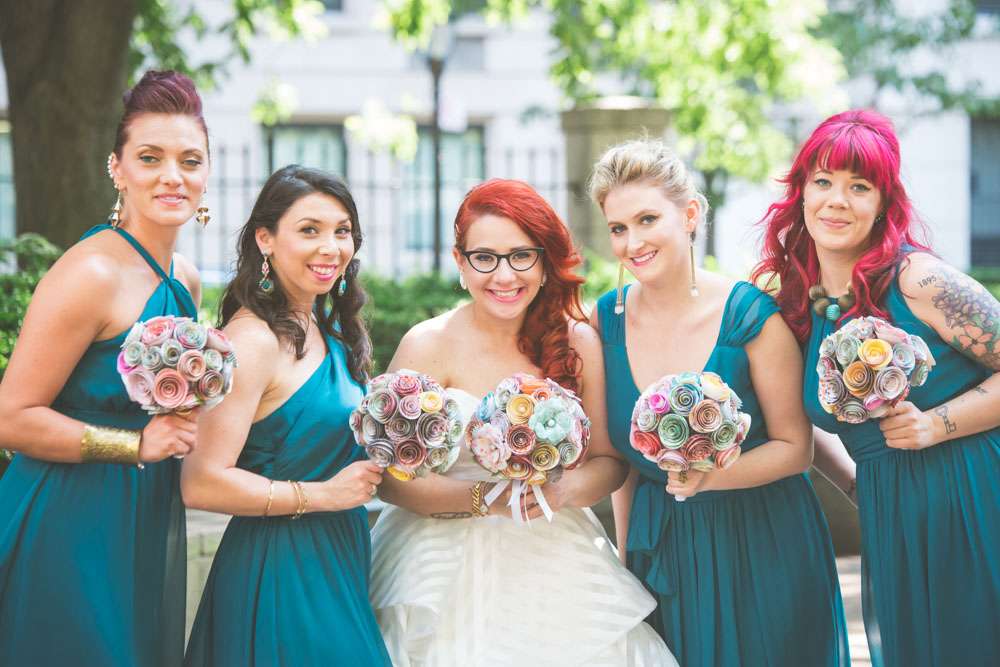 “We decided to just do what we wanted”, began the bride. “We planned the wedding by ourselves with minimal input from friends and family. Any time we began to question our choices, we had to remind ourselves that we were doing it our way, regardless of expectations. We were largely inspired by one of our favorite artists out of Brooklyn, Marty Allen. Marty specializes in large format sock-puppet photography; his work has been a staple of our relationship, as each year we buy a new print from him at the Union Square holiday market. Our apartment is furnished with his colorful-imagination-turned-beautiful-art. We commissioned sock puppets of ourselves for the wedding, which were integral to the décor, featured prominently in our invitations, and proved to be a hit at the photo booth.” 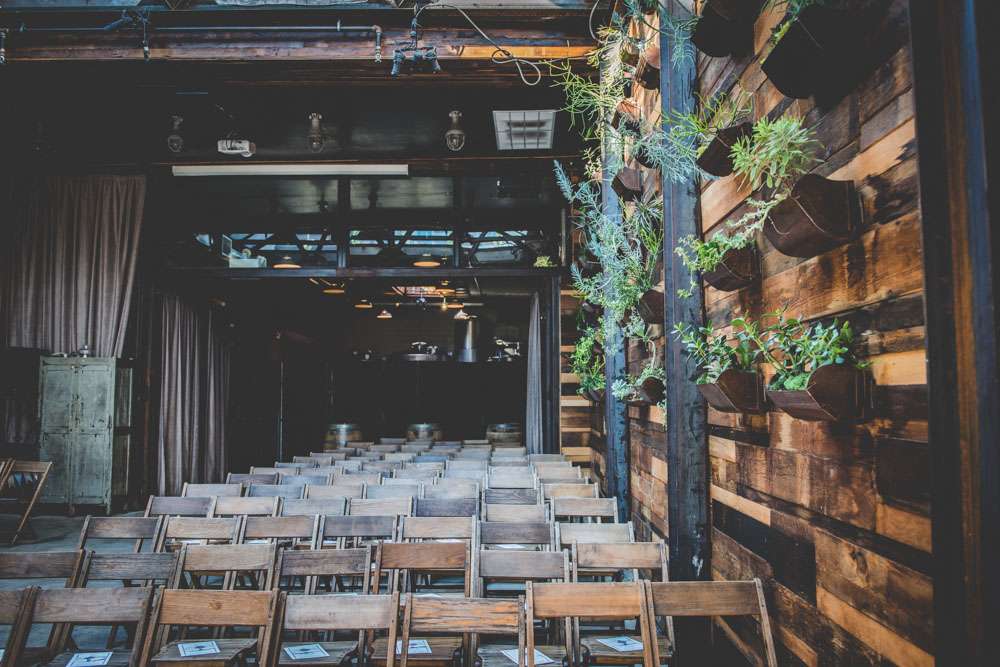 However it wasn’t all smooth sailing. “Six weeks prior to our wedding, our planned venue abruptly closed“, Lindsay said, “leaving us scrambling for a room, food, flowers, music, cake – the whole nine yards, as our previous location had handled all of these aspects in-house. We had also paid in full, and lost our entire payment (the owner of the venue is currently serving 3-10 for tax fraud, but we’ll be lucky to ever see our money again). But between friends, family and some amazing vendors, we still managed to throw together the wedding of our dreams.” 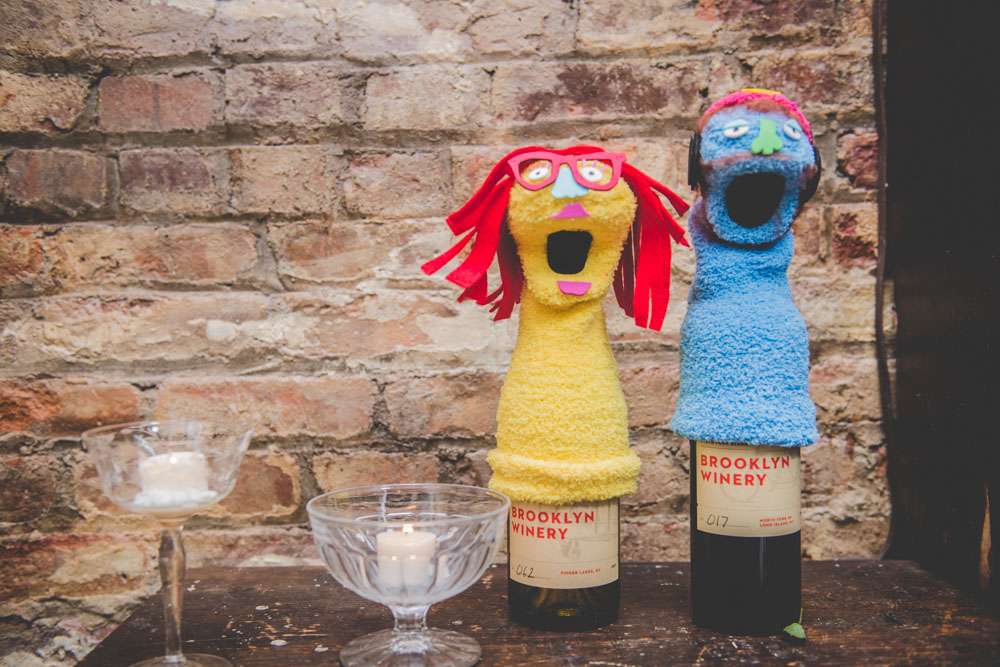 “Brooklyn Winery worked with us to make their spectacular venue and service affordable; we recruited friends to assist with things like the cake, table runners and bagging the take-away popcorn; and we spent every free hour of those six weeks cobbling together the wedding of our dreams!”

“In terms of DIY, we put together a tissue in a clear envelope, wrapped in patterned ribbon with our date on it for every chair. We DIY’d the programs and vows as well! We custom designed sneakers for ourselves and our wedding party (wedding colors, with ‘best day ever’ embroidered) and custom designed wine bottle labels and fortune cookie fortunes for the rehearsal.” 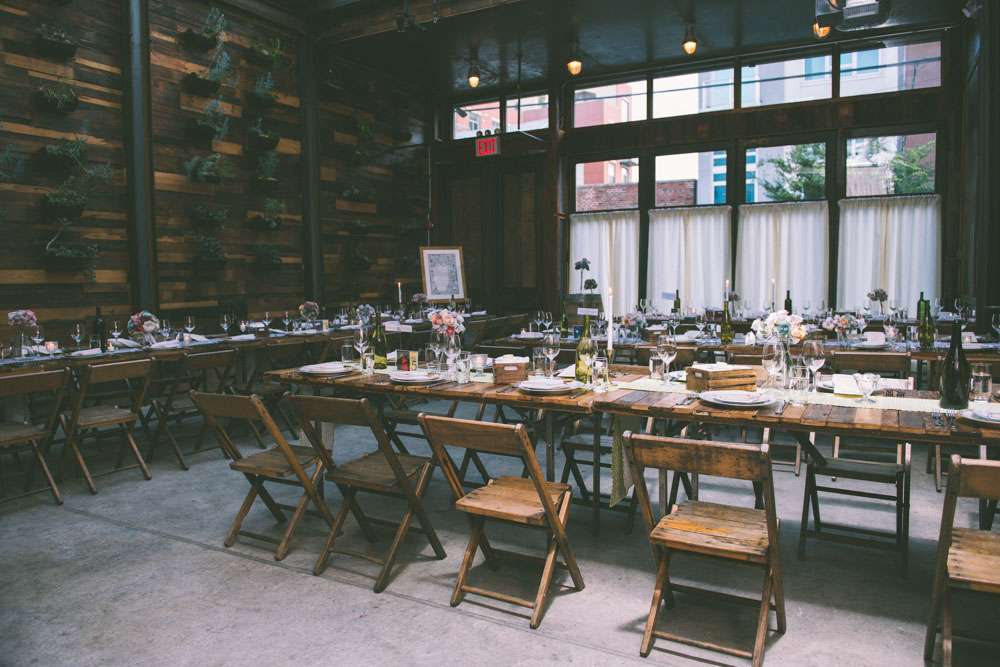 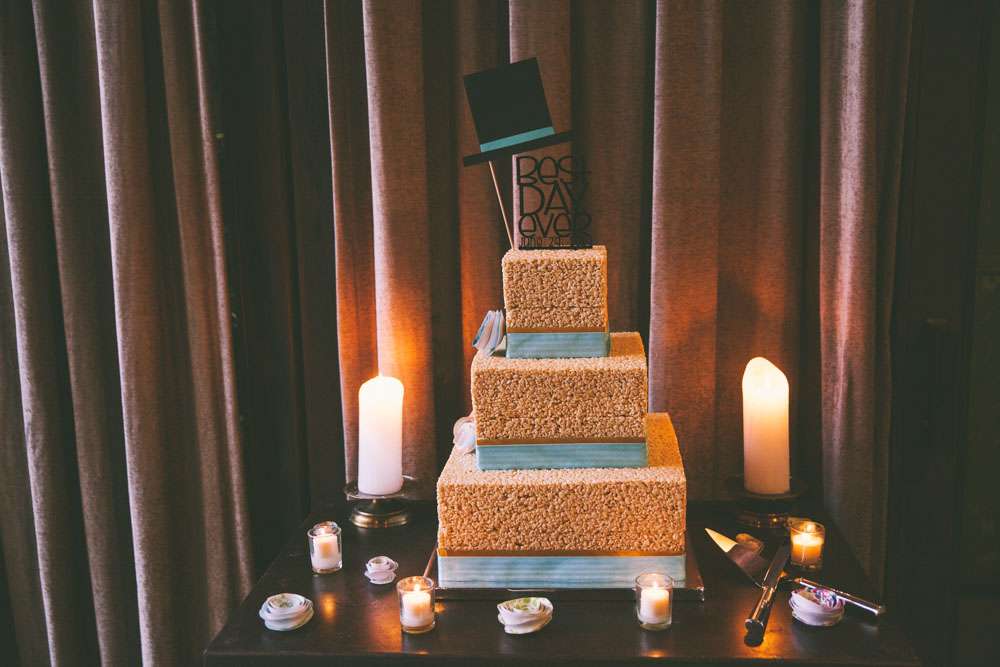 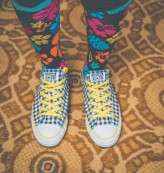 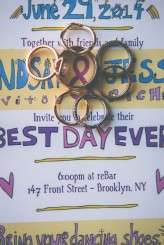 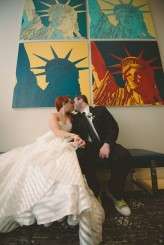 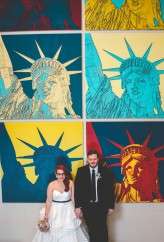 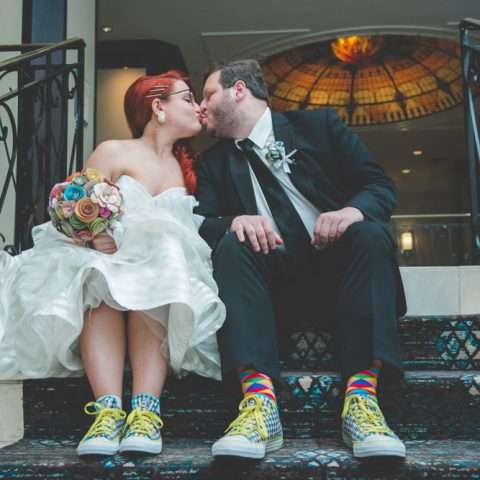 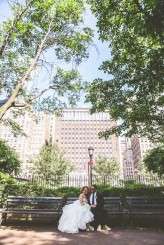 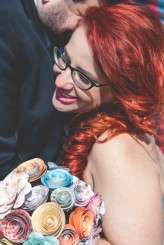 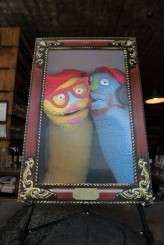 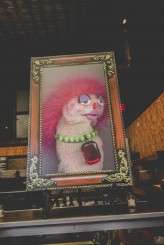 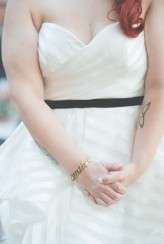 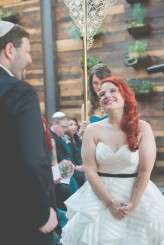 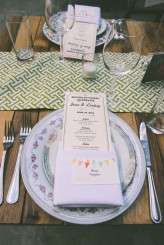 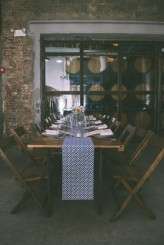 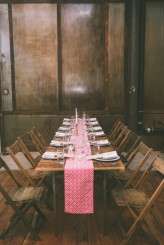 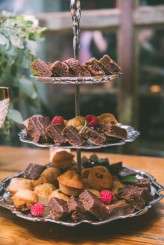