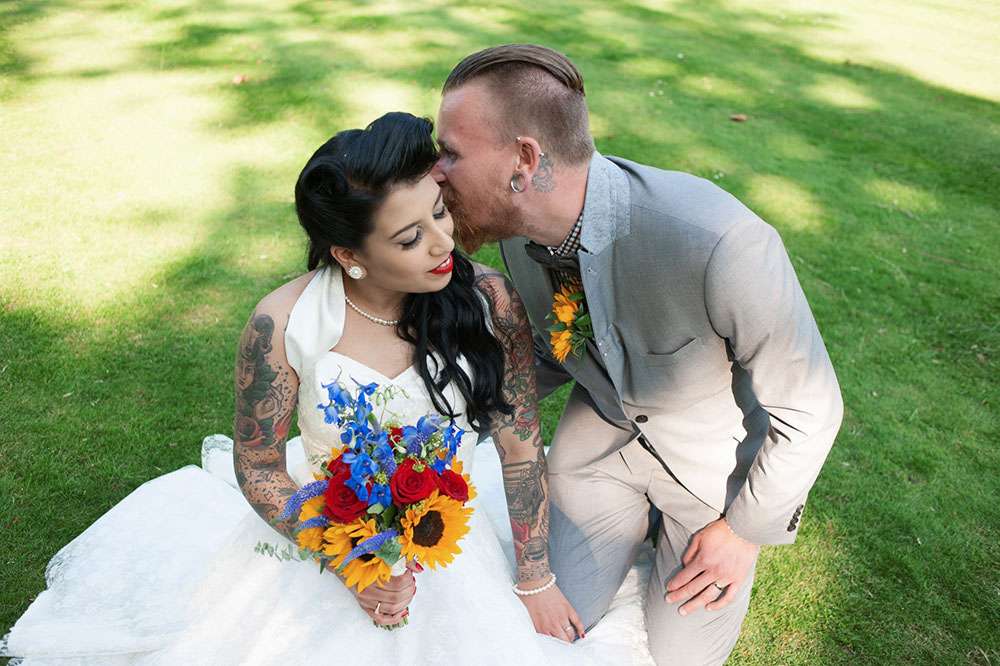 “The inspiration for our wedding was basically a weird amalgamation of all the things we wanted, with all of the awesome stuff we love!” wrote the bride. “We wanted to have bright colours, swinging dresses and sharp suits. We both love all things Lego and Harry Potter, so we wanted to include little nods to these things in as many ways as possible. Our priority was to have a relaxed and fun day and not to take it all too seriously. We decided that we wanted to get married on the Summer Solstice and our ‘must have’ was the handfasting ceremony, as we love the symbolism and meaning and history behind it.” 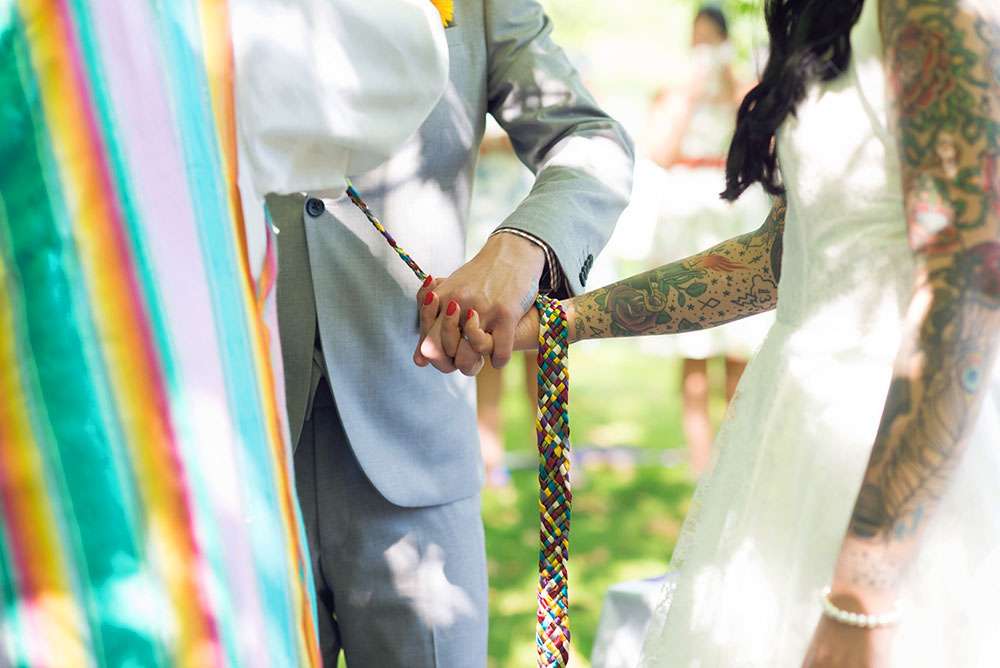 “We’d wanted to get married this way, but as it is not legally binding in the UK so we decided to get married in the church around the corner from our house first”, she continued. “It is the oldest church in our borough and as I am a history nerd, I loved the idea of getting married in a place with medieval walls, Elizabethan beams and a Victorian roof.”

“One of my wedding day highlights was that the bar staff at our reception venue heard that there would be wedding with Harry Potter table names and being big fans themselves, created different Harry Potter themed cocktails to surprise us with!” she continued. “We had no idea until one of our guests handed me a Goblet of Fire! I also really loved receiving our final photos after the wedding.” 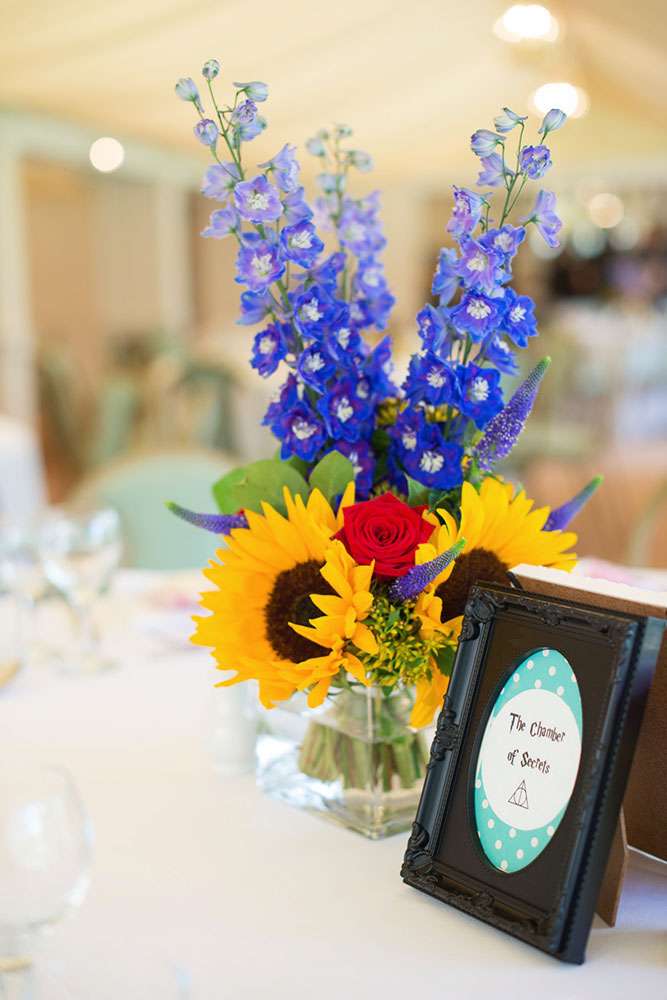 The couple did some DIY including the cake (made by the groom’s mum) and all the stationery and favour bags. “In the bags we put sweets, a personal thank you note and a little temporary tattoo for our guests! We also made our eight-strand handfasting ribbon together and decorated our own cake which was Lego themed and contained mini figures of all of the groomsmen. We really saved money by DIY-ing a lot of the smaller things. We also saved a lot on our outfits as neither of ended up choosing anything particularly expensive.” 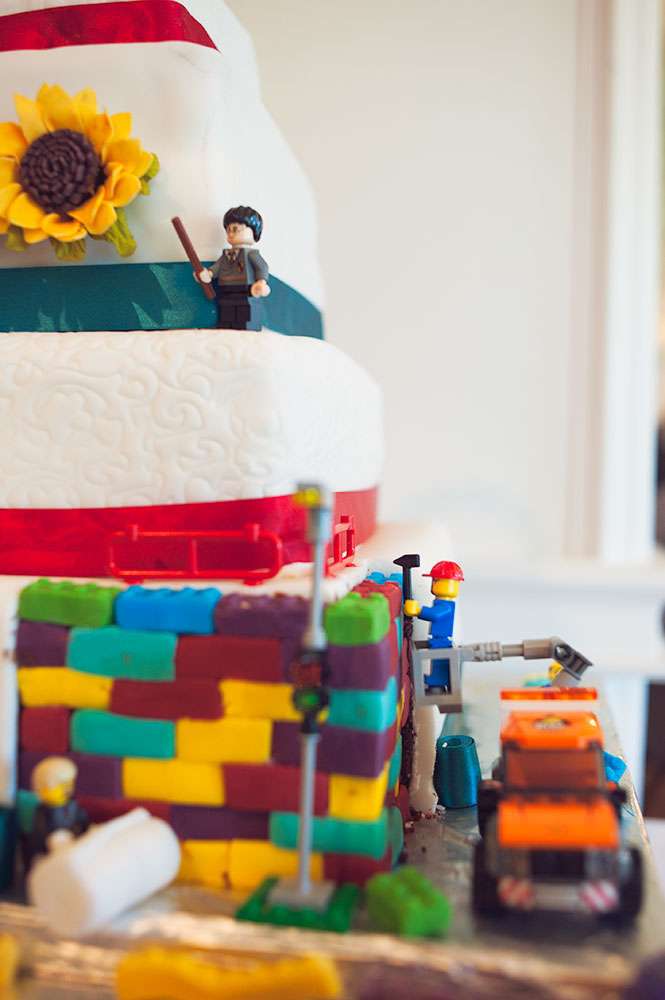 “A lot of people say it, but it really is nice to take five minutes alone together”, Emma advises future couples. “When we left the church and Zak drove us off to the reception, we were alone in the car and just kept saying ‘holy s**t we’re actually married!’ I’d been pretty calm all morning but in the car I was just overcome and burst into happy tears.” 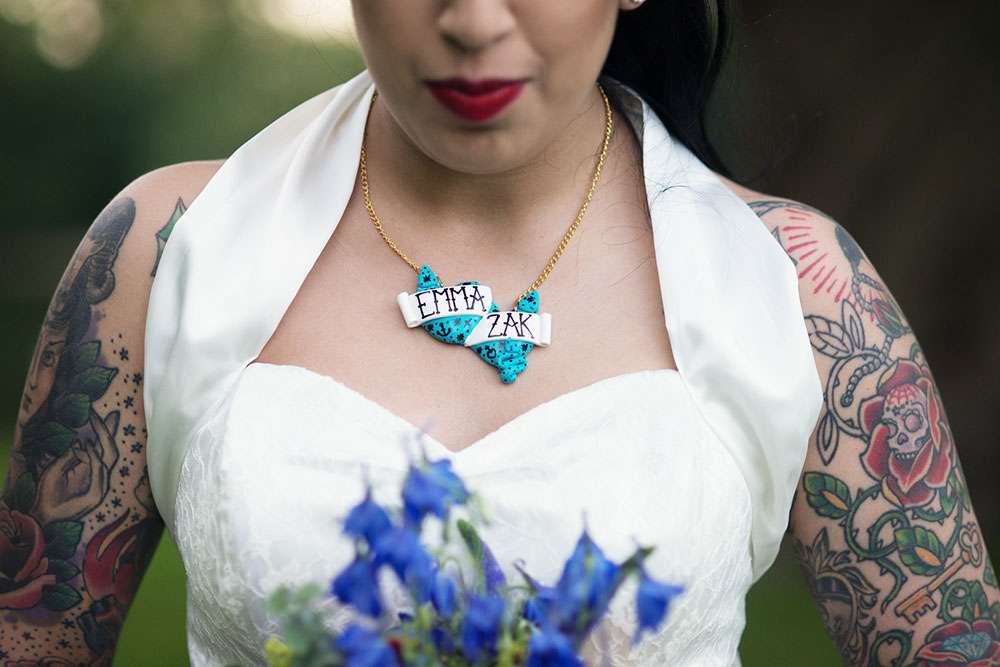 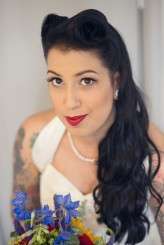 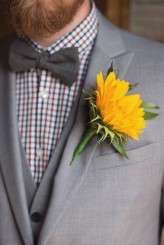 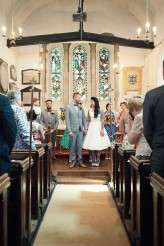 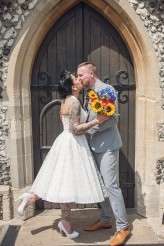 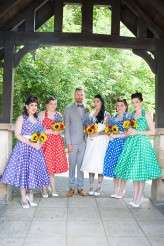 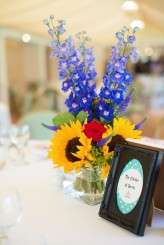 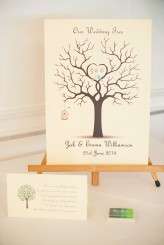 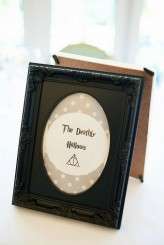 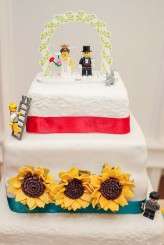 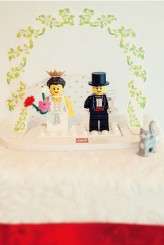 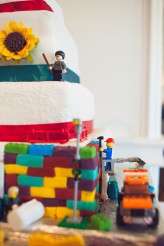 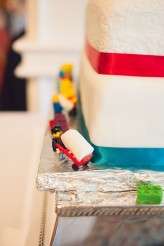 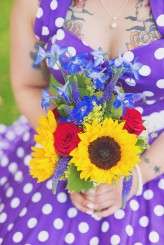 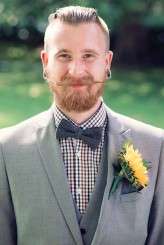 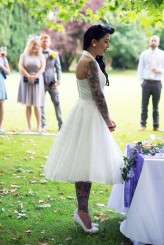 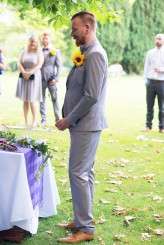 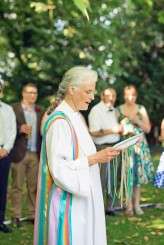 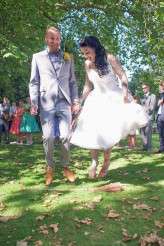 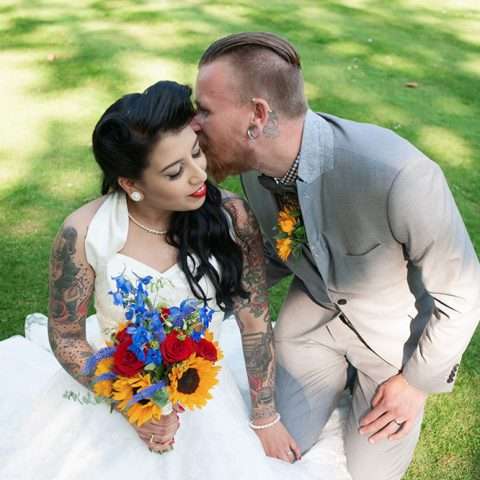 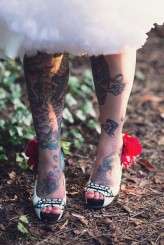