If there’s one thing guaranteed to make me smile it’s a wedding featuring all the colours of the rainbow. It’s nearly impossible for me to turn them down, hence why I share so many of them on this blog! Rosie and Robin’s big day is no different. Held at the London Wetland Centre, a nature reserve in Richmond upon Thames, it boasts all the colours, amazing homemade decorations and a wedding dress made by the father of the groom! 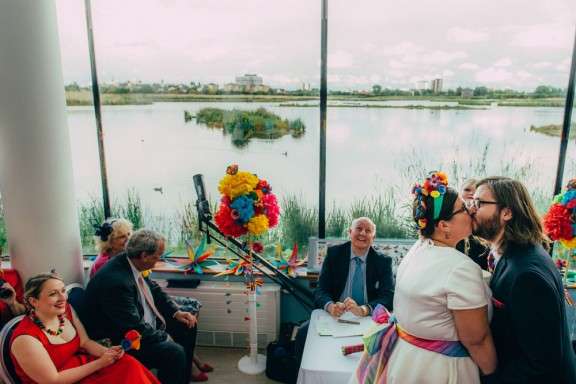 “We both love colour, colourful things and colourful clothing so it was an obvious choice to reflect this in our wedding”, began Robin. “It was amazingly colourful. We asked all our guests to dress in the most colourful thing they had in their wardrobe, that they usually felt was a bit too bold and showy for most occasions. Everyone looked fantastic. Even friends that usually look all cool and beatnik in permanent monochromes turned up in electric blue jumpsuits.” 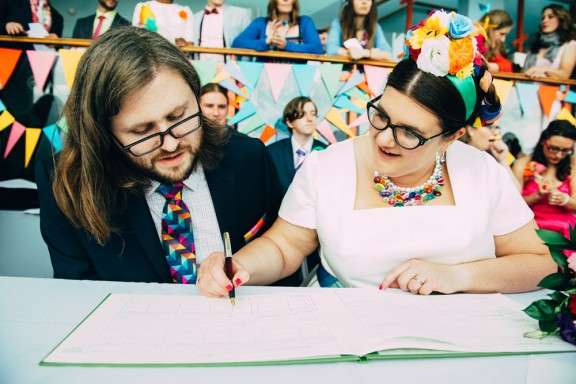 “The wedding was all pretty much homemade: the dress (by Robin’s dad!), shawl, shoes, decorations, cake, beer. It was a big outpouring of love from many friends and family and we were very honoured by all the efforts everyone made for us.”

“The decorations for the day were masterminded by our friend Anna Marlen-Summers. We part-jokingly, mostly seriously called our ‘wedding visual director’. We went to her with some very rough ideas of what we wanted and she almost instantly was able to turn them into fully fledged plans.” 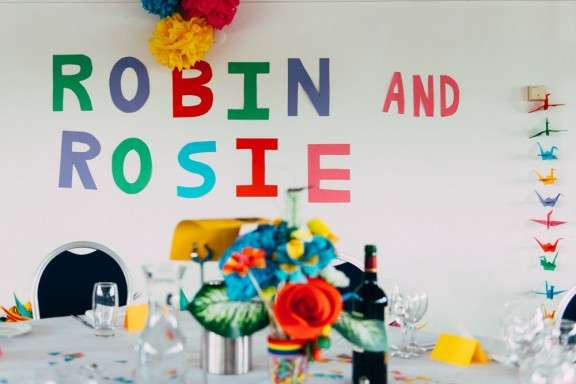 “The decorations she came up with were fantastic and were almost all hand-made, either by her, or by us and our friends following her instructions. We even threw a little party where people came to our flat to help make origami cranes. Our friend and bridesmaid in green, Jennie, did amazing graphic images of our ten favourite buildings that told the story of our relationship for the table decorations.” 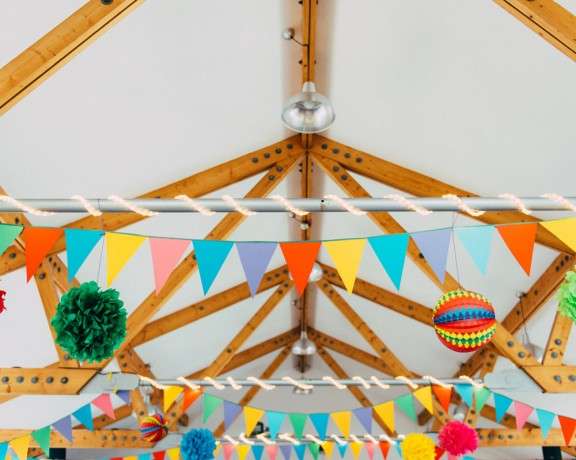 “My biggest advice to other couples would be to have a big idea (i.e. all the colour) but don’t fret over details”, Rosie concluded. “Letting my bridesmaids choose their own dresses that suited their shapes and styles saved a lot of angst and tears too. Organising the day did feel quite stressful a lot of the time, especially with so much being done by hand and so many different things to organise. We did manage to get through it all with remarkably few difficulties though and it all came together perfectly in the end.” 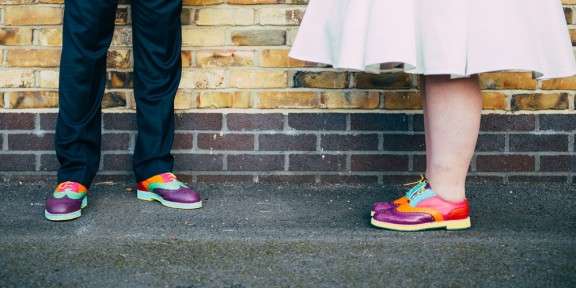 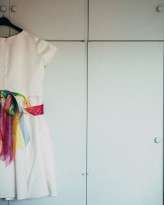 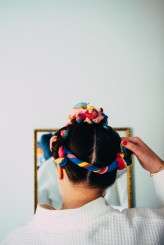 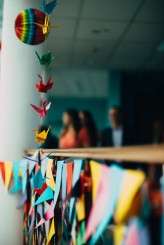 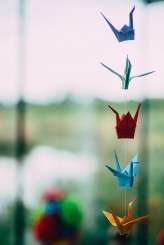 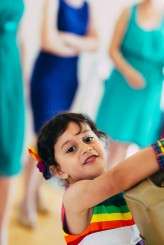 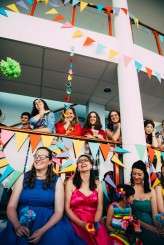 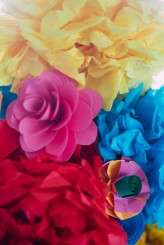 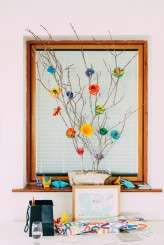 A colourful affair paying homage to some of their all time favourite pop icons was the theme of Katy and Matthew's London wedding. This quirky wedding had fun, DIY touches and a heavy dose of vintage inspiration to boot.