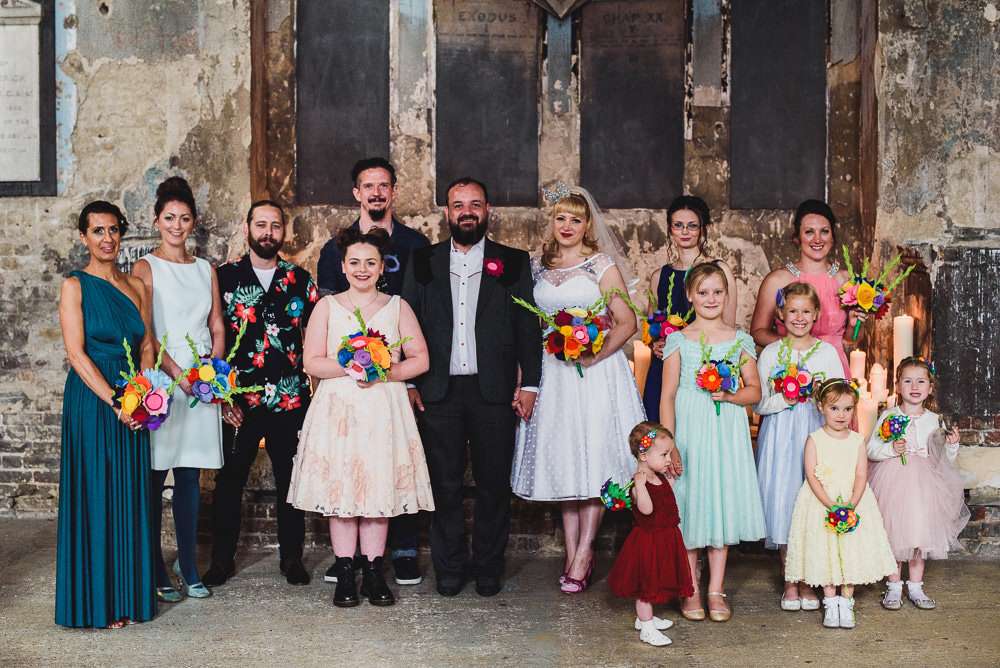 There’s nothing I love more than seeing brides wearing the collection I designed with Crown and Glory on their wedding days (except maybe wine, but that’s a completely different story and not relevant to today’s wedding…) So when Vicky and Andy’s adorable Asylum Chapel wedding landed in my inbox, and I saw that Vicky was sporting some rather fabulous Liberace ears. I knew I had to share it!

The funniest thing is, Vicky was actually wearing bunny ears when she and Andy first met! “We met in a pub and were introduced by a mutual friend about fifteen years ago”, she explained. “For some reason I had on bunny ears – so knew I had to incorporate a pair in our day somehow!” 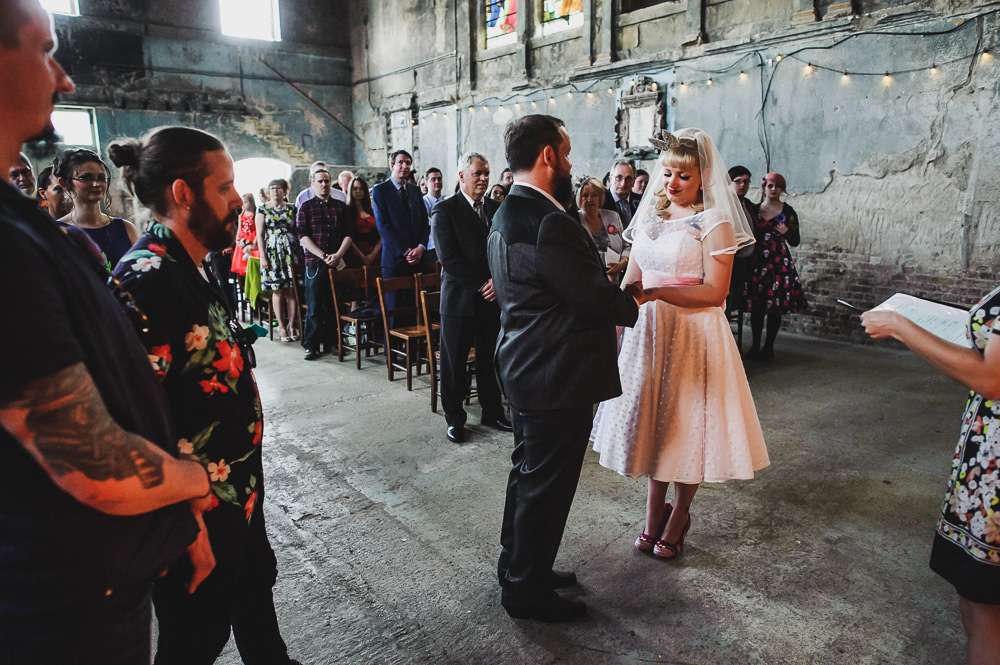 “In terms of our theme, at first I joked that it should be ‘Ponies and Rainbows’ but then it kind of stuck! Our 11 bridesmaids were all dressed in different colours of the rainbow and our dear friend and bridesmaid, Jules, made us a My Little Pony and rainbow wedding cake!”

“Everything about the day reflected ‘us’ and was a joint effort including the dress shopping! Our invites took their inspiration from our tattoos, the table centres were based on our favourite things including: Twin Peaks, Marvel and DC comics, Tim Burton, Jay and Silent Bob. Our readings were a poem by Bob Marley and a soliloquy by The Log Lady from Twin Peaks. I walked down the aisle to Gigantic by The Pixies.” 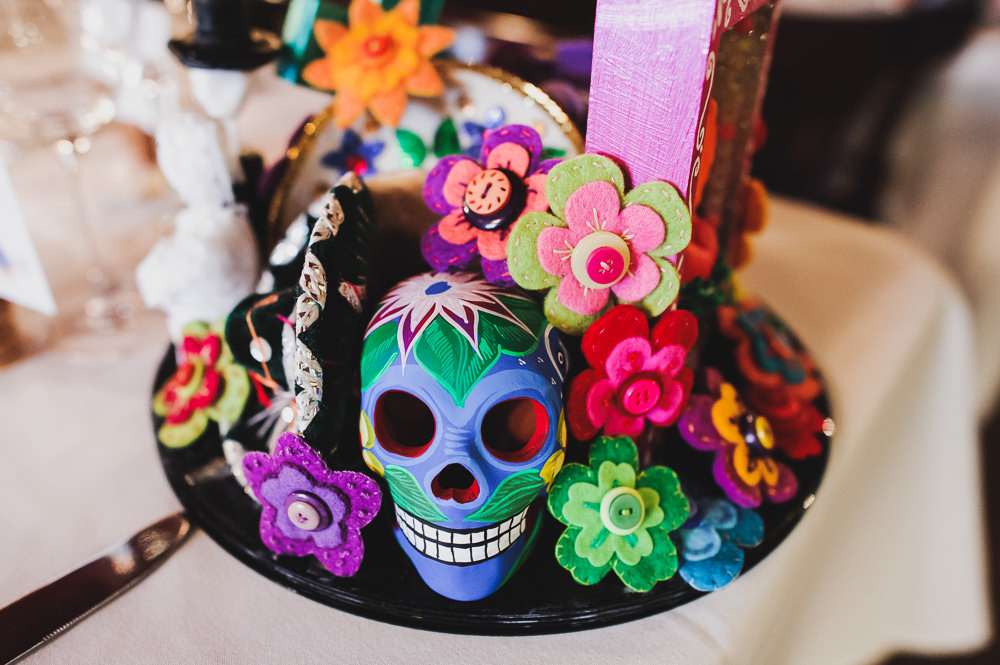 They both love food and drink so chose a reception venue that offered a great selection of both. “The Ivy House have a wonderful selection of craft beers and ciders and are renowned locally for their wonderful menus. They are a cooperatively owned pub and have a real passion for the business which came through in the way they worked with us on every detail of the day.” 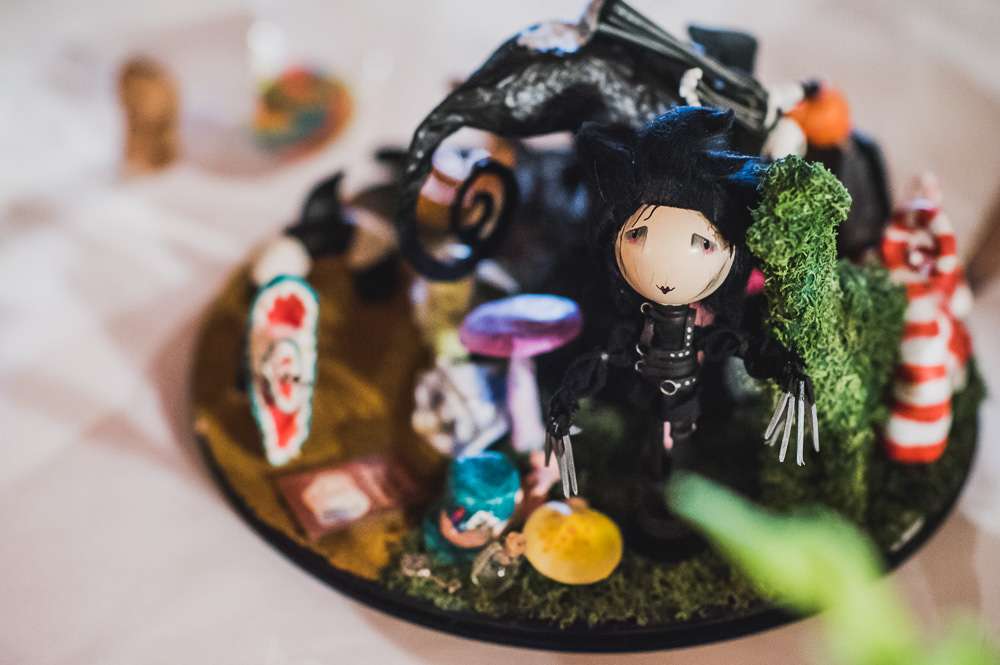 “I spent two years making everything for the wedding! For our ten table centres I made everything from clay skulls to expanding foam milkshakes, even a gimp suit for a donkey. What I couldn’t make from them we found in charity shops and at car boot sales. I also made over 400 felt flowers which were made into 12 bouquets, buttonholes and put in teapots for the tables. It was a labour of love and towards the end every break was spent sewing flowers but the results were worth it. I also made the table numbers and furry leopard print table plan from old 7” records which tied into our Rockabilly styling. Making everything ourselves definitely saved some money and gave our wedding some really unique features.” 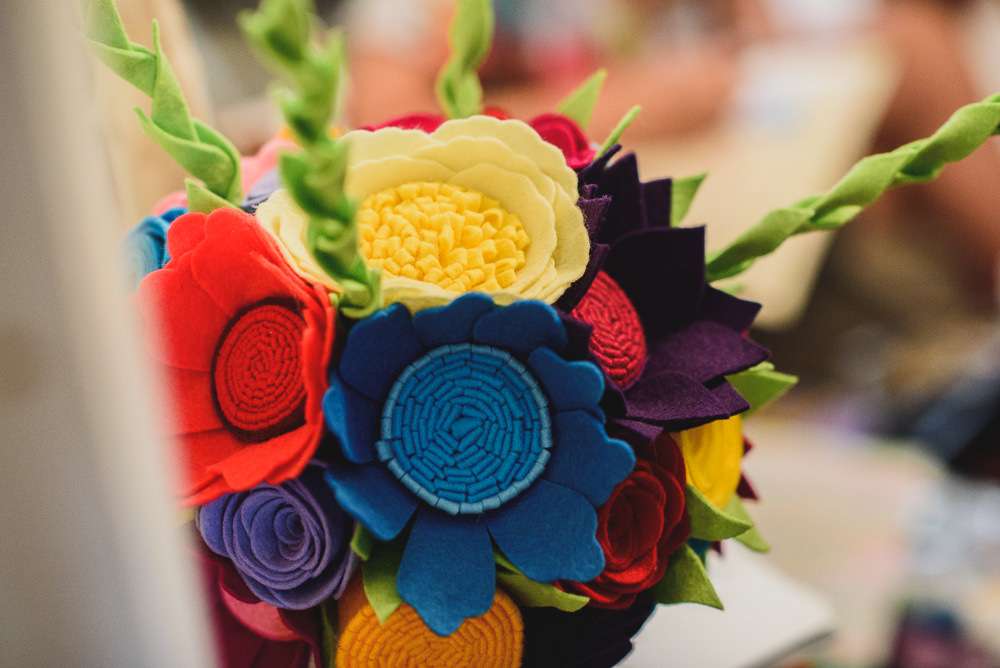 The bride’s biggest piece of advice to other couples is to invest in a great photographer. “Originally we weren’t going to have one as our budget was very tight and apart from the odd selfie we aren’t really photograph people. Now looking at our amazing photos from Mark Wallis I am so glad we changed our minds! His relaxed reportage style was the perfect fit for us as we didn’t want to spend a long time posing for photos. Friends took some lovely pictures but Mark captured all the little details and the feel of the day and I know we would have regretted only having amateur photos at a later date.” 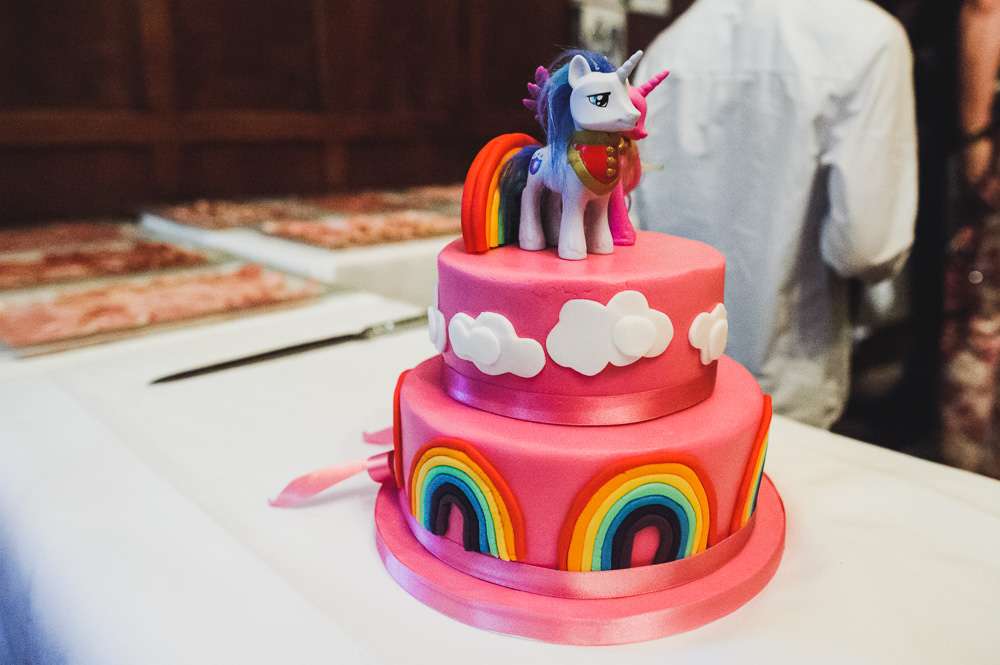 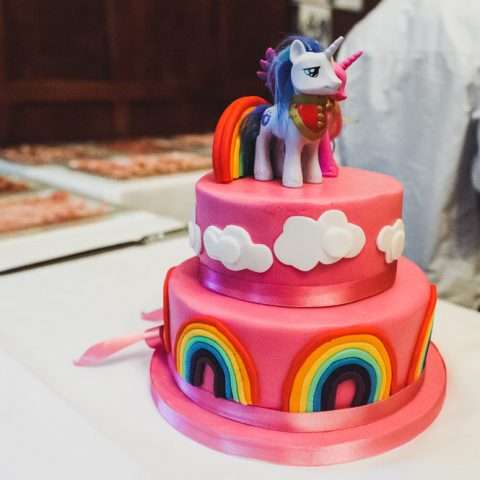