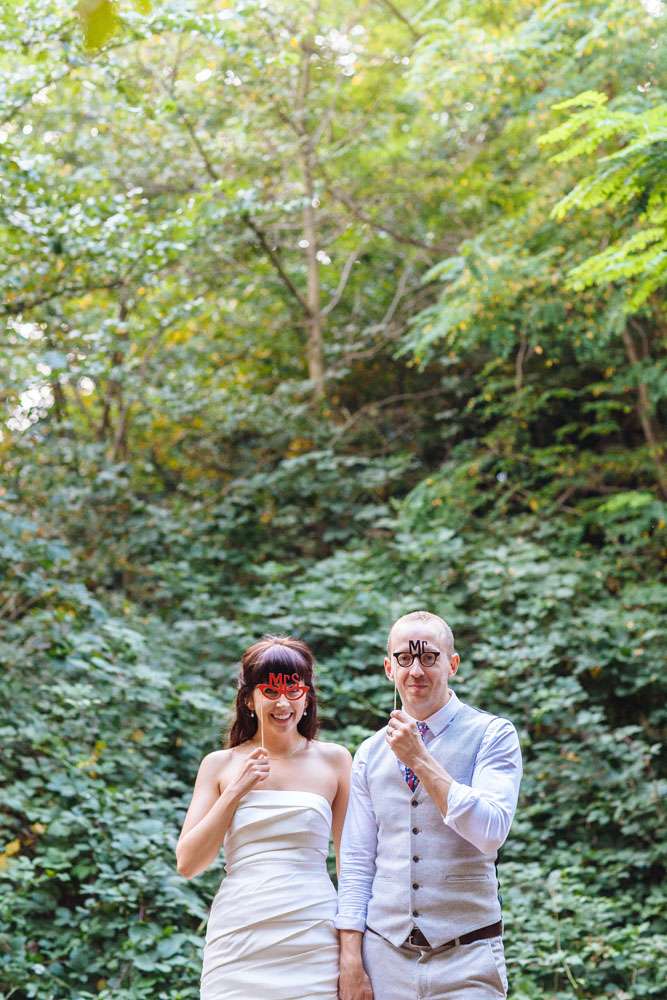 Nikki and Lee wanted a laid back and informal wedding where they didn’t have to spend a fortune to have a great time! “Our budget was £5000 and we stuck to that like glue”, Nikki wrote. “We initially wanted to elope and just have a little ceremony somewhere on a mountain, but then, one sunny August afternoon in the pub with our friends, we just looked at each other and agreed it was too much fun not to have everyone we loved there!” 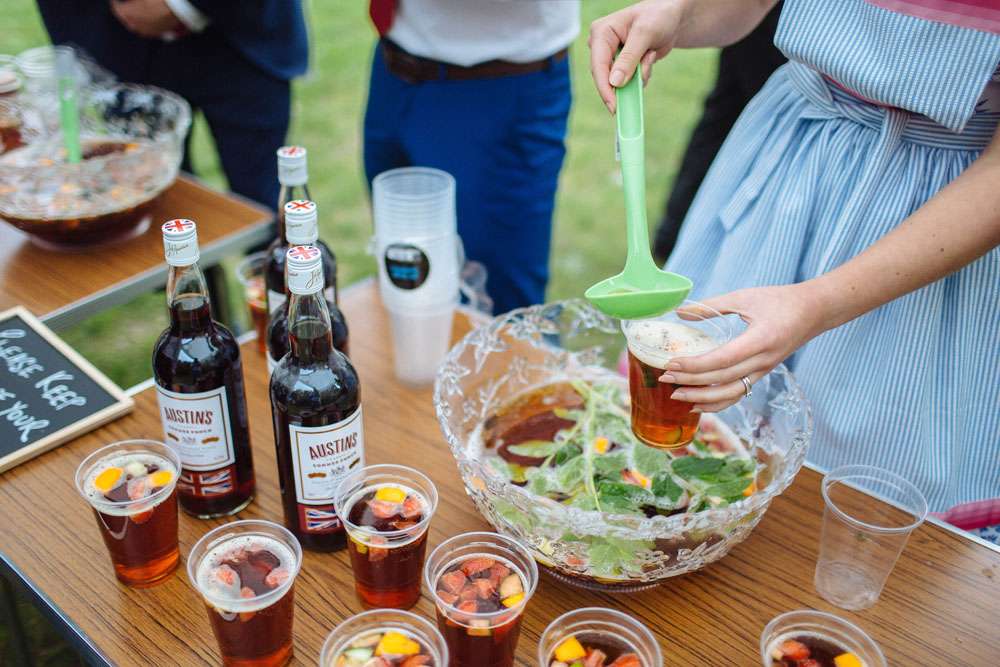 “I’ve always been crafty and big on saving money”, she continued. “It took months to find a venue that would let us bring in our own food and drink and that didn’t cost the earth and had a bar. Mycenae House, which is a community centre, fit that perfectly. The only catch was that it was used for yoga the following morning, so everything had to be cleared out by 12pm, meaning everything had to be disposable and we had to be SUPER organised.” 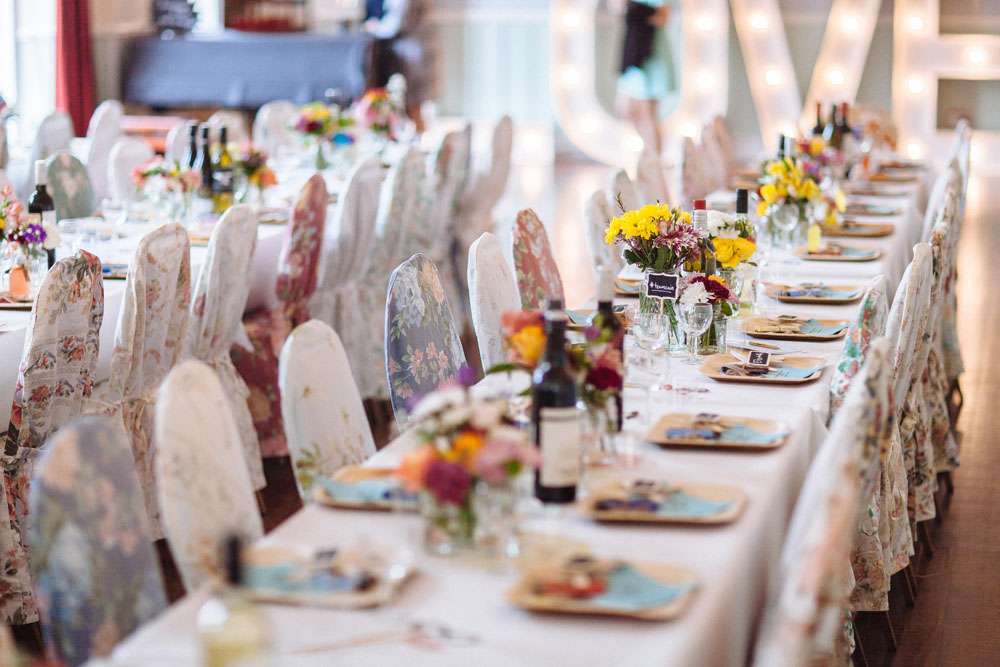 Their ceremony was at Greenwich Registry Office and they wanted to make sure that was super personal as well. “We wrote our own vows and had only family and bridal party at the ceremony, before inviting all our friends for the big reception. We felt it was a really important day for everyone involved because every single person there had contributed in some way.” 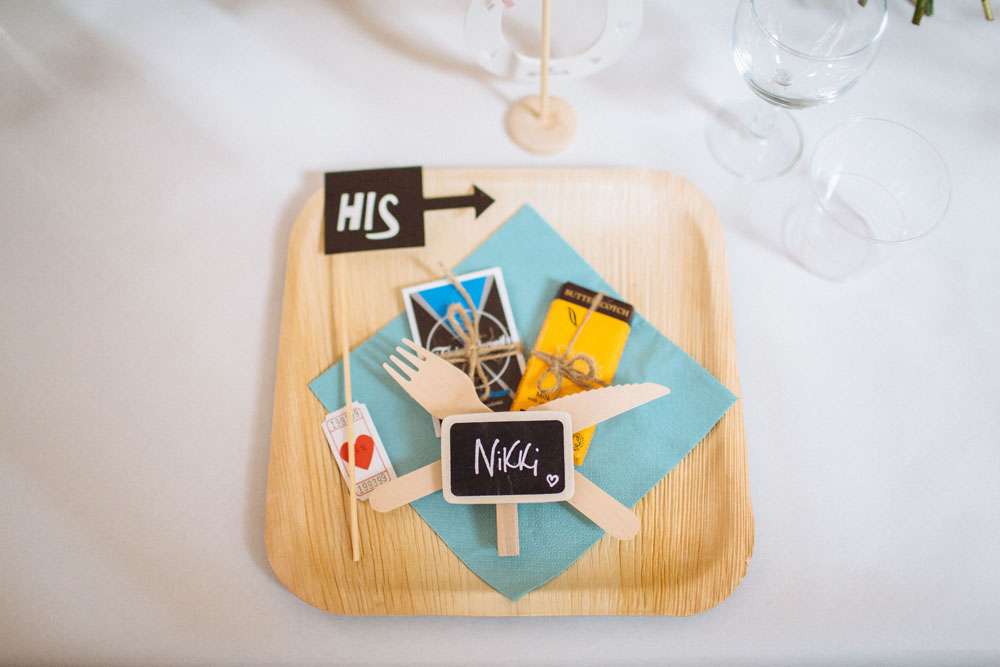 Nearly all of the reception décor was DIY except the giant light up letters that came from Vowed and Amazed and the cute chair covers which were from Doris Loves. “In order to save money, I spent a solid year making things for the day. We had so much stuff to take to the venue the night before that we needed FOUR car loads to get it all there – it was like moving house! My favourite projects were probably the paper mache ‘Mrs & Mrs’ and ‘Just Married’ signs, our suitcase table plan and the wedding speech bingo. For the table plan we bought an old suitcase, lined it with paper and then wrapped string around it, we then used tiny pegs to hang the table cards to it.” 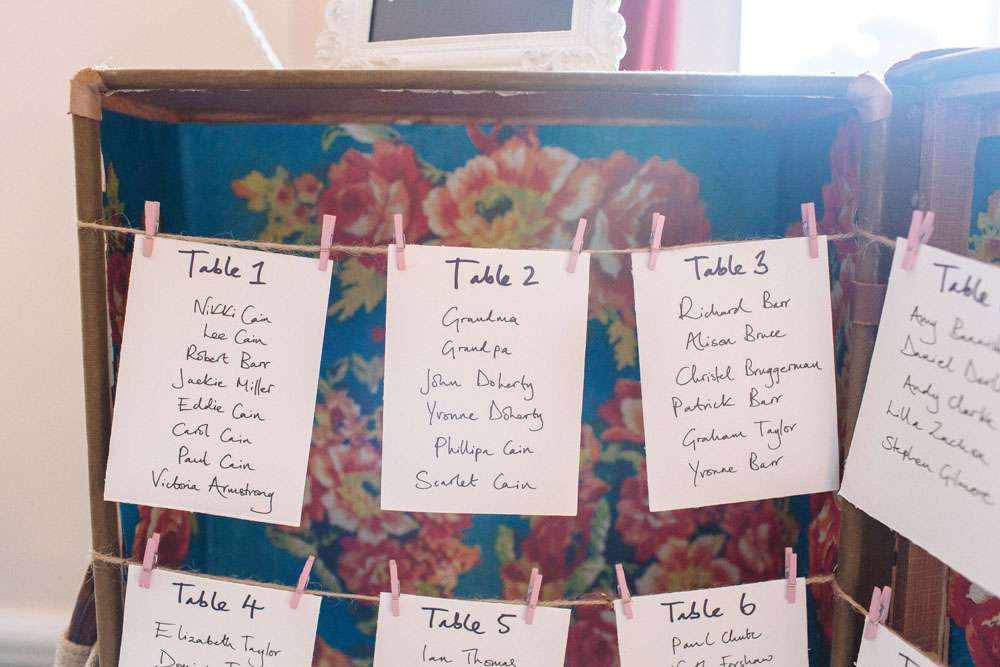 “I spent months on AliExpress ordering random props from China (they do GREAT bunting and moustache props). We also made up kids bags to keep them entertained during the speeches. I bought some old place mats from Sainsbury’s and painted them with chalkboard paint. That kept them quiet for hours! Later in the evening, we brought out a piñata, which we’d bought from Asda, which kept them going for another few hours!”

“We didn’t want to spend money on hiring cutlery and crockery so we used bamboo disposable plates and cutlery from Little Cherry. The table cloths were super thick disposable banqueting rolls (which we topped with floral paper doilies instead of a runner), so at the end of the evening we could just wrap everything up and throw it all away.” 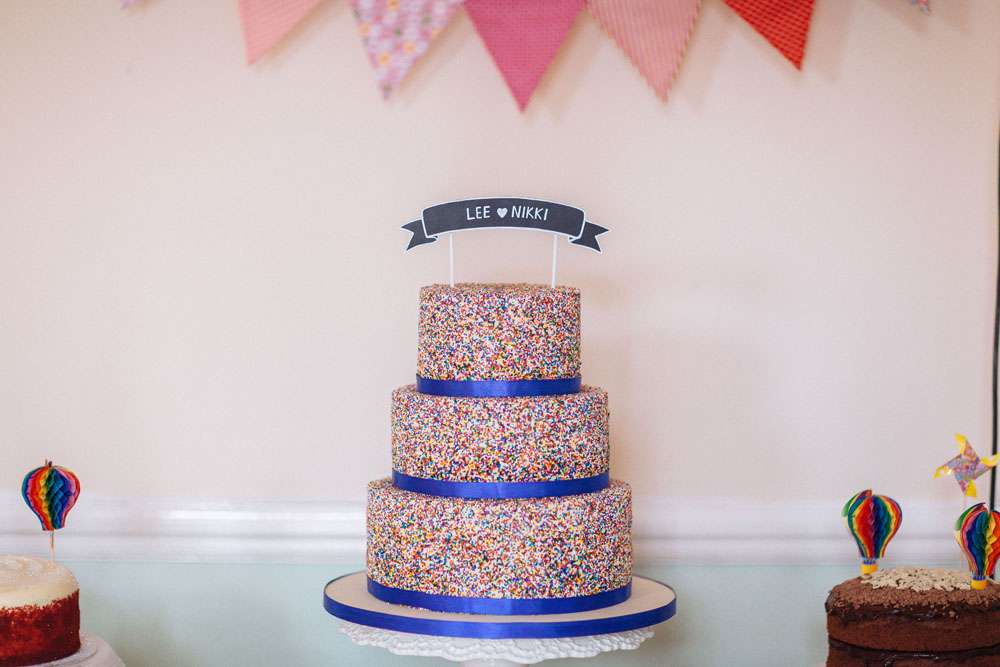 The flowers were bought from Chelsea flower market a few days before and the maid of honour put them together. “I had a budget of £150 for the flowers. We bought them a few days before at the flower market and had to go there at 3am to get the best deals! For table flowers, we asked our guests to bring a cheap bunch of flowers with them (as colourful as possible) on the day and the bridesmaids broke them up and put them in jars on tables while guests had welcome drinks.”

“For catering we had a fish n chip van for the main course and guests brought homemade cakes for dessert. We bought the table wine on a Groupon deal over Christmas the year before – that’s when it’s always cheapest. We used Aldi’s Pimms rip-off, Austin’s, for welcome drinks and Aldi gin for Singapore Slings in the evening!” 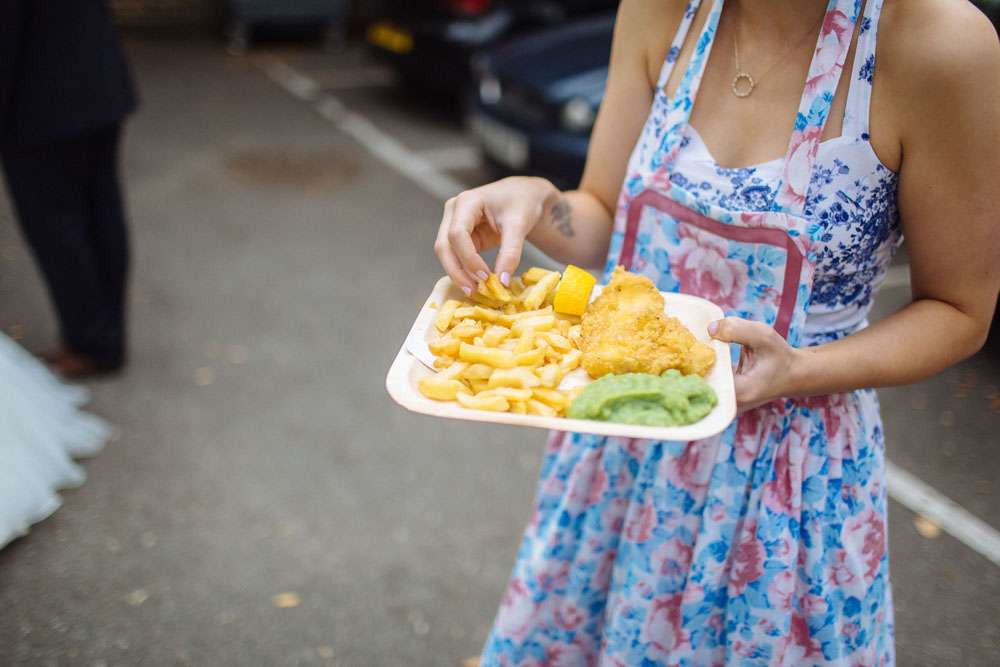 “Our biggest spends were my dress and accessories (which came to about 1/5 of the budget!) and the lights from Vowed and Amazed. They were about £460 but we knew they’d really pull the room together so we went for it. However the venue was only £900 and having a fish n chip van for catering meant we only spend £7 per head on food! I was a relentless money saver, I negotiated most things and asked for quotes from several places before going with anyone. Our wedding photographer, Steve Fanstone, was just starting out shooting weddings (he’s an established portrait photographer) so we got a great deal because he wanted weddings to add to his portfolio.” 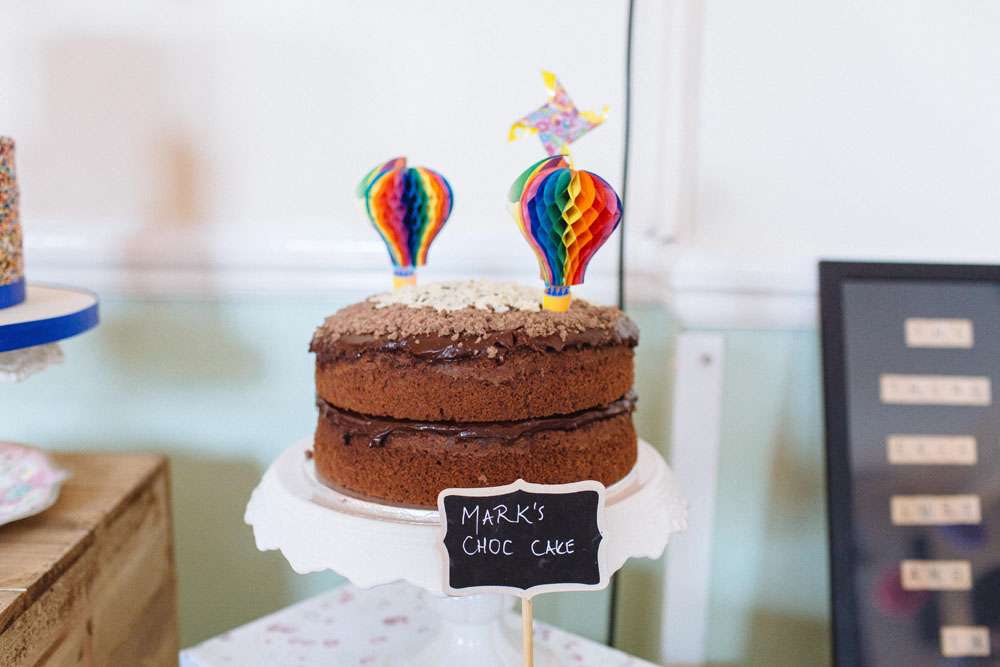 “The morning of the wedding was the most terrifying of my life”, Nikki said when I asked her if there’s anything she wishes they’d done differently. “I wish I had taken the time to take a deep breath and ENJOY the morning and everything up to the ceremony, I felt like I didn’t relax until I saw Lee. We also would have liked to have had a videographer, neither of us can really remember large parts of the day because of the adrenaline and excitement (and champagne)!” 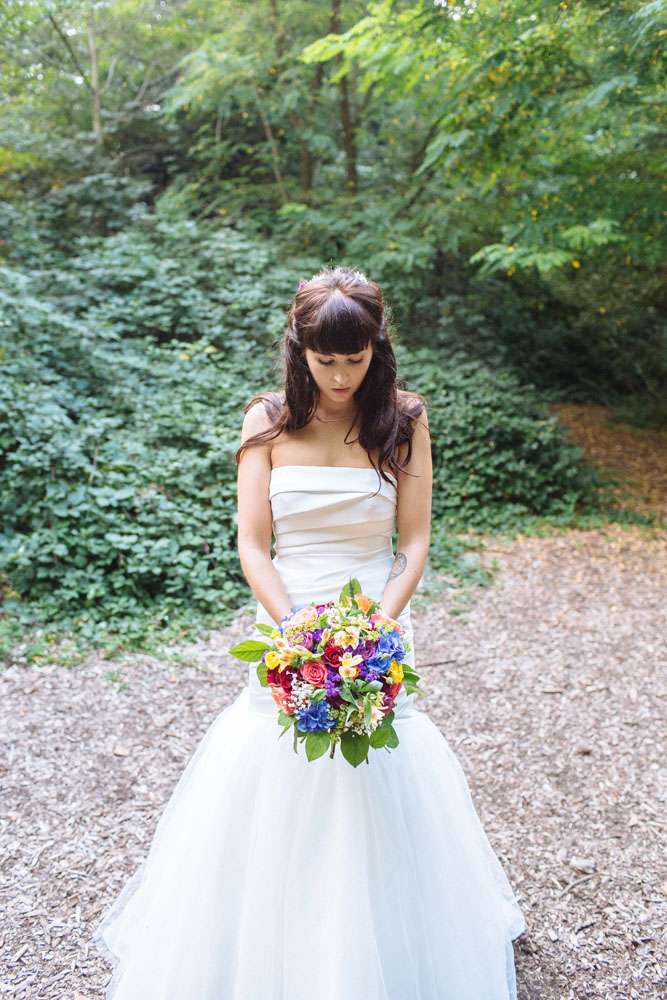 “My advice to other couples would be to have cooling spray with you if you’re getting married in the summer!” she concluded. “It was a godsend during the heat of the day. Every hour, on the hour, my bridesmaid would help me spray it under my dress and it was like heaven! Also, if you’re trying to save, look outside the UK for suppliers and buy in bulk. Most places buy from China anyway and if you can cut out the middleman and do it yourself, you can save a fortune. We also chose to use a hashtag at the last minute, but it turned out to be one of the best ideas we had as it meant we could see loads of pictures the next day, and see the wedding through everyone else’s eyes.” 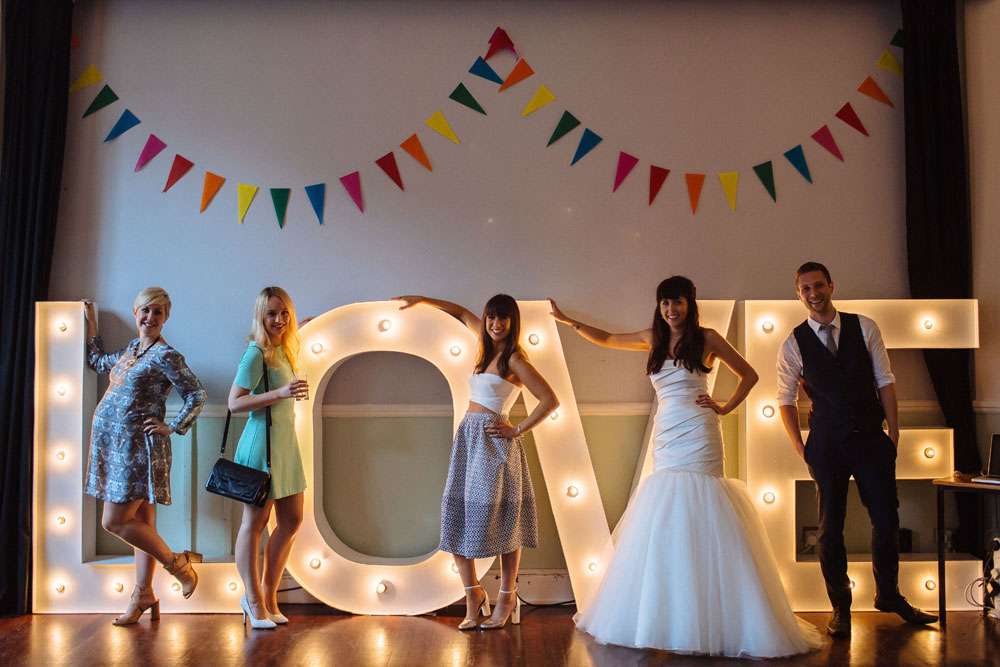 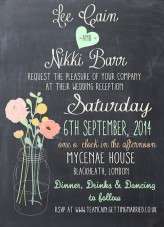 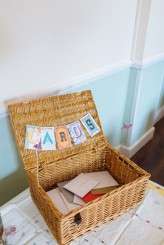 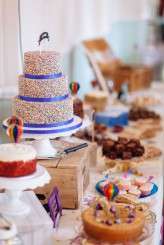 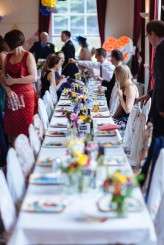 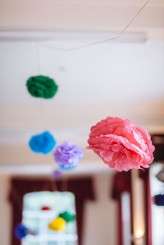 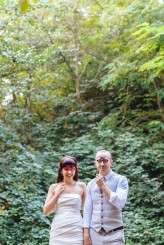 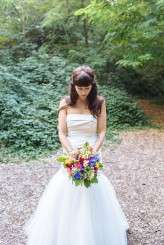 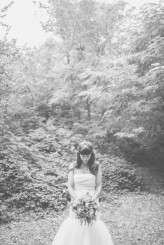 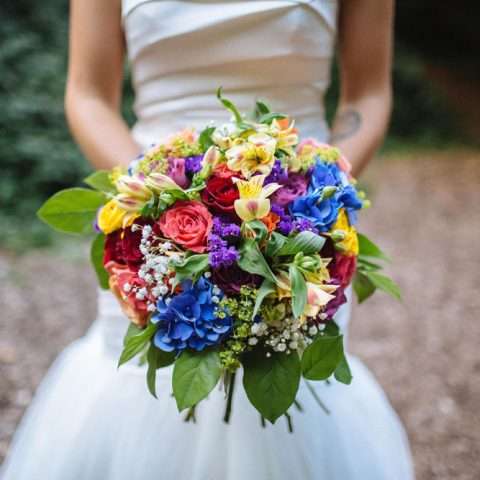 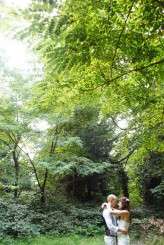 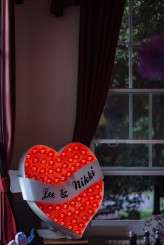